LG G2 is one of the best smartphones at the moment at that was the reason why we have decided to arrange a giveaway here on Technology Personalized. Boasting a more than enough 5.2-inch display, a super snappy 2.26GHz Snapdragon 800 processor, 2GB of RAM and a really powerful 13-MP OIS Camera, LG G2 has instantly become one of the smartphones that we adore the most. But LG has 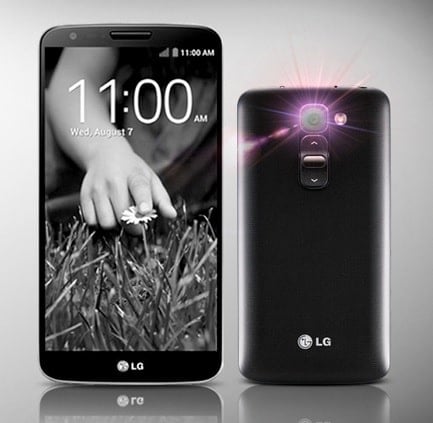 decided to adapt to the “mini” trend and has announced the LG G2 Mini.

The launch hasn’t been made official by LG yet (at least not worldwide), but all the specs have leaked to a Dutch website. Instead of following Sony’s Xperia Z Compact example with top-of-the-line features in a smaller form-factor, LG has decided profit from the popularity of its larger namesake, as the specs of the smartphone seem to be rather disappointing. Here they are:

Of course, if the LG G2 Mini comes with a very good price, then nobody will say a thing, but that’s unlikely to happen. And the irony is that despite being called “Mini”, the smartphone has a 4.7 inch screen, which by current standards, is considered big. While the 8 MP camera will be seen as nice feature by potential buyers, the poor internal memory and the pitiful resolution are the biggest downsides.

LG will also launch dual-SIM models and 4G versions and it will initially get launched in Russia, followed by Asia, the Middle East, Latin America and Europe. The LG G2 Mini will be available only in black and white colors.

Was this article helpful?
YesNo
TechPP is supported by our audience. We may earn affiliate commissions from buying links on this site.
Read Next
LG TONE Free FP9 Review: Earbuds that Stay Clean and Sound Clean
#LG