The law says we shouldn’t drive and text, the same as it says we shouldn’t make phone calls while driving, and, generally speaking, we shouldn’t be distracted by anything. Having a smartphone handy always makes this a little difficult, as the temptation to make a phone call or access the phone for information, music, and movies is pretty big. 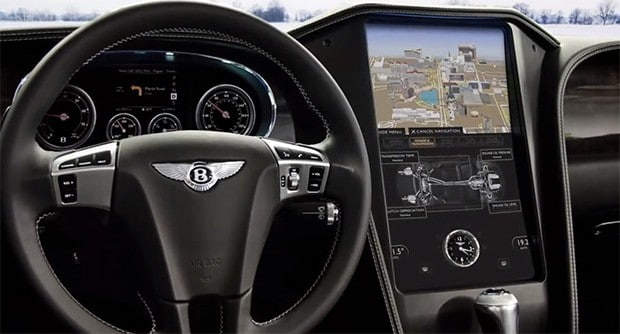 This is where car platforms came in, trying to make it easier for us to use our phone while we stay focused on the road. These are in some cases software programs that anyone can install on their device, depending on the operating system they use; however, in some other situations, the platform comes with the car. Apple CarPlay is the new kid on the block and is already claimed by many as the best platform for vehicles to use if you own an iPhone. But since not everyone uses iOS, we decided to take a look at QNX Car, as well.

The following article is going to take a look at both software systems, trying to analyze the advantages and disadvantages of each one. This will tell you exactly what makes one and the other useful and what makes us want more from them. It’s you who has to decide in the end if Apple CarPlay will meet your expectations more than QNX or the other way around.

Apple CarPlay is expected to begin shipping this year and is only suitable for iPhone 5, 5C and 5S. CarPlay can be used on new cars from Ford, Hyundai, Chevrolet, Mercedes-Benz, Honda, Jaguar, Toyota and many others. The software also enables you to use the iPhone as a GPS to get directions and access the roadmap; the software also allows you to listen to music, send and receive messages, take and make phone calls, etc. 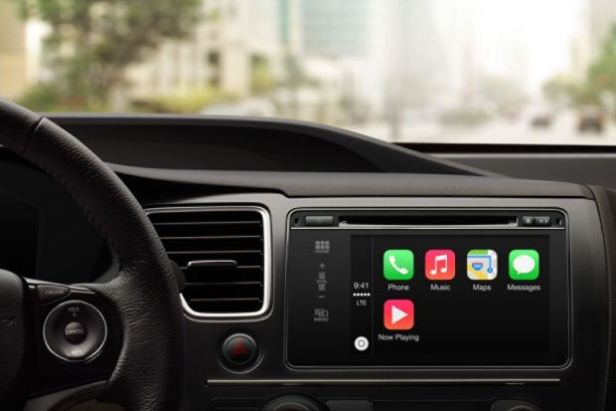 Some of the features that Apple CarPlay is equipped with are:

The conclusion we drew from reviewing this platform’s capacity is that it’s a very high-quality one for those using iPhones. First of all, the software enables users to take and make as many phone calls as they wish without being distracted.

Secondly, CarPlay also comes with voice control (aka Siri), which allows you to simply tell your device what you’d like to know or do without having to use the touchscreen. Alternatively, if you’d like to switch back to using the buttons and keys and the display, you can easily do it by changing the settings.

Thirdly, the platform comes with a great Infotainment system that helps drivers stay focused and drive better. At the same time, it also comes with amazing entertainment options – music, podcasts, and movies, without exaggerating and distracting the driver. Therefore, CarPlay offers just the basics when it comes to fun, not because it couldn’t come with games or more complex features, but because it is dedicated to helping clients stay focused on the road.

On the other hand, Apple CarPlay is not perfect, as most software programs are not. When it comes to the downsides, this platform doesn’t have many, but a few of them might bother you. First of all, this is software that’s only available for users of iOS, and it’s not available for all iPhones, but only for the latest smartphone models.

Secondly, the platform doesn’t suit all types of cars either, so if you already have a vehicle that might not be adapted to CarPlay, you might be unable to use it. The third aspect, but not the least important, in case you’d like the rest of the people in the back of the car to enjoy CarPlay as much as you do, it could be a little difficult since not all of them have the same display in front of them in the case of movie-watching, for example.

However, Apple CarPlay is mostly designed to help drivers and a few companions in the car enjoy music while having access to information about the road and the car’s state and letting everyone take phone calls without using their hands. In case you’re looking for something more complex, you might want to continue reading. 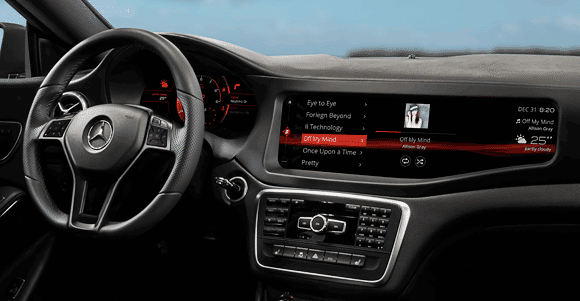 QNX Car is the second platform we’re going to analyze, this one being already available to the wide public since 2013. This one features noise control, hands free systems, infotainment and entertainment possibilities. For the last feature, the software accepts other Android applications, such as Pandora, SoundTracker, TuneIn, 7Digital, etc.

As a small history lesson, this is the same operating system that BlackBerry purchased in 2010 (well, a variant of it), and it relies mainly on UNIX for its services. Some of the most positive aspects about QNX Car are the following features:

To sum it up, we identified the main advantages of having a QNX-based computer on your car. First of all, the software accepts many applications and supports Android, as well as HTML5 and GL ES, so it makes it easier for most anyone to take advantage of its features. This means that in terms of entertainment, the QNX platform is the best you can have on your car.

Secondly, the platform is already integrated and comes with the car so you don’t have to worry about not meeting possible technical requirements. As you’ve already noticed, CarPlay was only meant for iPhones and since not everybody has one, QNX makes things easier, as it doesn’t need you to connect your smartphone for it to work.

Thirdly, its infotainment system is very strong and the platform is available for everybody rather than just the driver. All car users have access to the information they wish – while the driver can check the state of the road and see the maps, back-seat companions can watch movies and listen to music.

The platform, however, is not designed for customers like you and me but is meant for automakers. First of all, this means that instead of having total control over the way you’d like to use the software, not using it sometimes, and then going back to using it, you will depend on the car you buy. Therefore, if the car comes with QNX, you will be taking advantage of it but won’t be able to remove it whenever it’s not necessary. On the other hand, if you already have a car and would like to use such a platform, you won’t be able to install it yourself simply.

Secondly, another negative aspect we noticed is the fact that although the software is meant to help you avoiding distractions, you have access to text editors, games and web browsing tools. Although these ones are only available for the others using the car – rear seat entertainment – the noise and distraction coming from others can also disturb the driver.

Thirdly, the software (as of now) can’t be connected to the user’s phone in order to help him take or make phone calls without losing sight of the road. This way, the QNX car serves more like an infotainment and entertainment device without bestowing its users with the pleasure of using a mobile phone in a car-friendly way. Except for emergency calls to 911, which QNX allows to be made directly from their dispatch system, without even pairing a phone.

Note: At MWC 2014, QNX partnered with Qualcomm to announce their new QNX Car 2.1 update which will now be powered by Snapdragon 602A processor. With this, QNX gets the capability to connect to your smartphone via Bluetooth, access to LTE networks, 3D mapping, and many more. The QNX Car 2.1 is still a work in progress and will be commercially available later this year.

Was this article helpful?
YesNo
TechPP is supported by our audience. We may earn affiliate commissions from buying links on this site.
Read Next
Snapdragon 782G vs Snapdragon 778G Plus: What Has Changed?
#Apple CarPlay #cars #comparison #QNX