It’s time. Google has finally ventured into smartwatches. The company is planning on something big. It has just announced Android Wear, an operating system for wearables. And for those who are wondering how these smartwatches will look like, there is no one answer. LG and Motorola have just confirmed about their takes on the Android-powered smartwatches, and soon you can expect same from Samsung, HTC and Asus too.

It will be interesting to see how these mobile giants approach the watch interface. Watch, unlike many other things is something vast majority of us carry, so getting the design right is a challenge. How do you make something which is already doing quite well? As you would expect, we already see the difference in opinions here. While Motorola is going with the traditional round face design, LG has chosen the tried and tested square face. 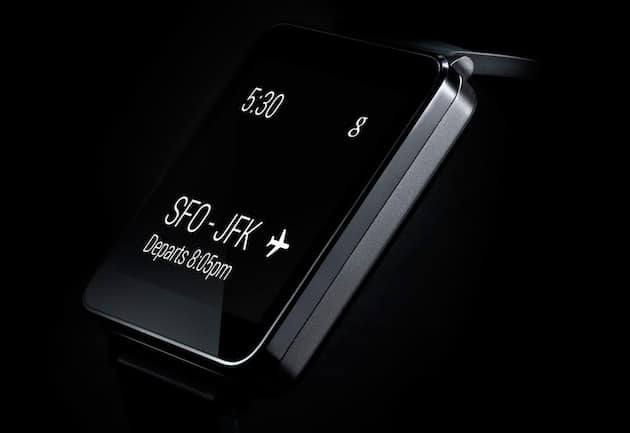 This isn’t the first time LG has collaborated with Google. The companies have seen each other with Nexus devices, Google Play Edition phones, and of course, LG is a leading Android smartphone manufacturer.

Coming to the watch, the South Korean giant hasn’t revealed much information, but you can see Google Now-esque cards on the image it has provided. There also appears to be a Google search option, along with location based information. The device looks pretty much similar to Pebble watches.

“The opportunity to work with Google on LG G Watch was the perfect chance for LG to really pull out all stops in both design and engineering,” said Dr. Jong-seok Park, CEO of LG’s Mobile Communications division. “We’re confident that a well-designed device has the potential to take the smart wearable market by storm.”

Motorola which has just been sold to Lenovo by Google, is also working on smartwatches. The look of Moto 360 is very trivial, and from the images Motorola has made available, with the needles all over the watch, it will be interesting to see how this will deal with all the smart operations that Android Wear sports.

These devices will supposedly get all your web notifications on your watch, and understand voice commands. Google has announced that these devices are already in the work, and will roll out later this year.

Was this article helpful?
YesNo
TechPP is supported by our audience. We may earn affiliate commissions from buying links on this site.
Read Next
Titan Talk Smartwatch Review: Let’s Talk About It!
#Android Wear #G Watch #LG #Moto 360 #Motorola #Smartwatch