Apple Announces the iPhone 6 and iPhone 6 Plus

The much awaited new iPhones have finally been launched and they seem to be sporting most of the features that have already been speculated before. The event from today is taking place in Cupertino’s Flint Center, which is a venue that Apple hasn’t used for an announcement in over 15 years, but it’s the same place where both the original Mac in 1984 and the first iMac in 1998 have debuted. 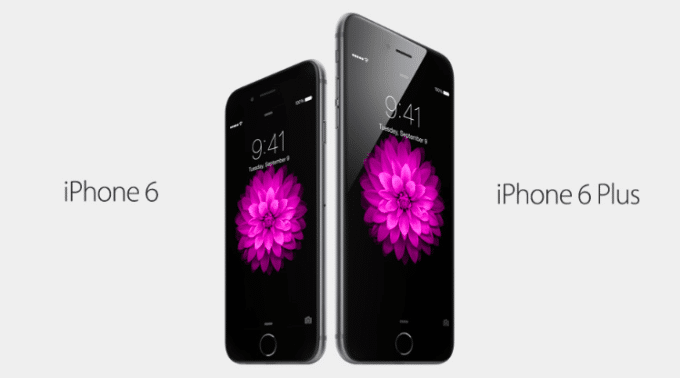 Both new iPhones feature “Retina HD” displays, with the iPhone 6 coming in at 4.7 inches and a 1334×750 resolution, while the iPhone 6 Plus comes in at 5.5 inches and a 1920×1080 resolution. Previous iPhone models had flat edges, but with the new ones, the glass on the front of the displays now curves into the body.

According to Apple, these are “the thinnest phones they’ve ever made”, at 6.9mm for the iPhone 6 and 7.1mm for the iPhone 6 Plus. The smartphones are powered by Apple’s new A8 processor, which should be at least 25% faster than the A7 by processing power, and 50% faster in the graphic rendering field.

The iPhone 6, as well as the iPhone 6 Plus, come with 802.11ac WiFi support, which is said to be able to offer a maximum transfer speed of 1 Gbps. There’s also a new M8 coprocessor which is said to keep better track of your activity levels. Let’s hope that developers also start creating more apps to make use of it, because it hasn’t quite gotten the needed traction in almost a year since it was announced.

The iPhone 6 Plus comes with an 8-megapixel iSight camera and an f/2.2 aperture lens paired with the same True Tone flash as in the 5s. It also comes with phase detecting autofocus, improved face detection and a new Best Shot mode. Plus owners also get optical image stabilization, and 1080p video can be shot at either 30 or 60 frames per second. Also, slow motion video is now even slower – 140 frames per second.

The iPhone 6 Plus starts at $299 for the 16 GB model, with pre-orders starting on September 12th and shipping on the 19th. So, this is 10 days from the launch event. I was expecting pre-orders to start this weekend, so it seems that the rumors linked to production hurdles aren’t apparently true. The increase in panel and battery size hasn’t proved to pose troubles to the makers, but will most likely affect Apple’s competition.

iPhone 6 Plus tech specs and features