A lot of branding and rebranding is happening at Redmond. Just a couple of days after Microsoft brought back MSN branding in place of Bing mobile apps, the company looks all set to finally ditch the Nokia branding completely from all its smartphones and mobile devices. As per some internal marketing documents obtained by GeeksOnGadgets, this change will happen by end of this year

“As part of our phased transition, we will drop the manufacturer name [Nokia] from product references during the Holiday campaign” 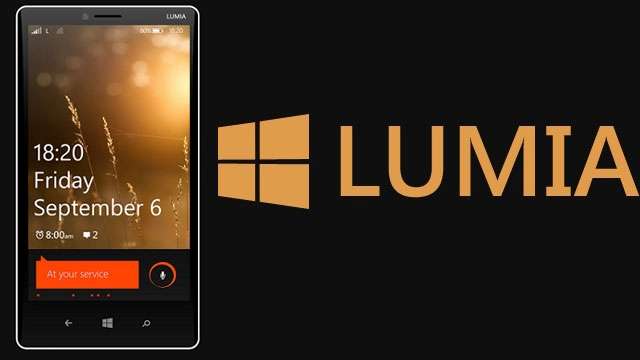 Microsoft had an year or so to keep using the Nokia brand for its mobile devices, and it’s understandable that Microsoft wants to disassociate from Nokia’s branding ASAP. But what’s more interesting is that the company is shying away from Windows Phone branding as well. Microsoft is planning not to use the Windows Phone logo in promotions and commercials, instead it will be replaced with just Windows.

In fact, the change in branding has already started. Microsoft’s latest commercials for the Lumia 930 doesn’t mention Windows Phone at all. The packaging for WP smartphones from Indian OEMs like Micromax and XOLO mention Windows 8.1 instead of Windows Phone 8.1. Initially, we assumed it was a silly mistake, but it’s now clear where the instructions must have come from.

When HTC announced the Windows Phone variant of their One M8 smartphone, they named it HTC One M8 for Windows. Microsoft is clearly and deliberately avoiding Windows Phone branding in recent times.

Microsoft is expected to release a combined version of Windows RT and Windows Phone somewhere around Spring 2015. It seems like the company is slowly executing its one Windows vision with universal apps across phone, PC, and Xbox, and one way to communicate that is by dropping the Windows Phone brand for marketing purposes.

Next time when you see Microsoft Lumia powered by Windows, don’t be surprised.

TechPP is supported by our audience. We may earn affiliate commissions from buying links on this site.
Read Next
How to Request Read Receipts in Microsoft Outlook
#lumia #microsoft #nokia #windows phone