Last year Lenovo took the wraps off a two-pronged strategy for its Vibe range of smartphones. While the Vibe Z series would be addressed at those looking for serious hardware muscle at relatively affordable prices, the Vibe X series would be targeted at the younger generation and although no weakling in the hardware department, would carry a greater accent on design and style. The first Vibe Z and Vibe X devices conformed to this – the Z came with a powerful Snapdragon processor and a terrific camera while the X was sliver thin and had gently curved edges. And now we have the second generation of the range: we saw the rather stunning, hardware muscle laden Vibe Z2 Pro a few weeks ago, and now hot on its heels comes the Vibe X2. 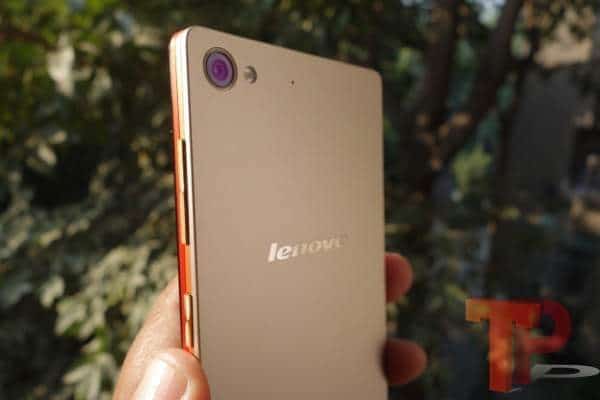 There is a subtle change though. Unlike in the case of the Vibe X, where the hardware played a distinct second fiddle to design, in the Vibe X2, Lenovo went out of its way to prove that the device was not a “dumb blonde” (as one Lenovo executive put it), and put its hardware on par with the design. Yes, the Z2 Pro was still the Zen Master when it came to the geeks, but if Lenovo was to believed, the Vibe X2 could hold its own in the spec stakes, and still turn heads with its looks. Does it do both? That’s what we tried to find out.

We had written a fair bit about the appearance and design of the Vibe X2 in our initial impressions piece on the device when it was unveiled. To summarise, the Vibe X2 comes with one of the most surprising designs we have seen in a while. The phone seems to be made up of different colored layers – four of them to be precise. They are blended together smoothly to give the phone a very ‘multi-layered’ look. It certainly is the first time we have seen the sides of a phone look so interesting. Lenovo has also managed to make the phone remarkably compact for one with a 5.0-inch display – the phone is only slightly larger than the iPhone 6, and at 120 grammes, is just one gramme heavier than Apple’s device, in spite of sporting a bigger display. Yes, girls are going to have a struggle to use it one-handed, but it will fit most male hands easily. And take it from us, that layered design will turn heads. Lenovo has accented the sides by making them straight, which gives the phone a slightly box-ish appearance but highlights the different colors of the layers (they are different in each handset). 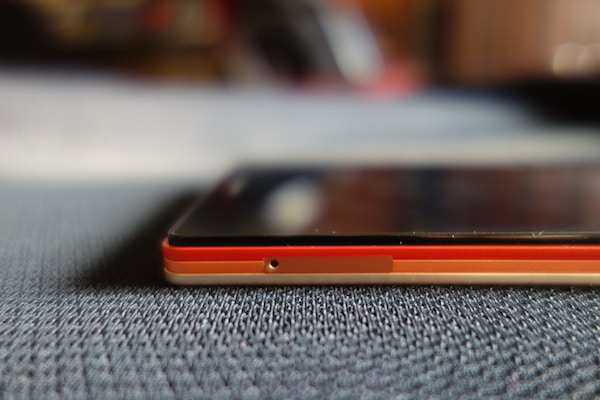 The front has the 5.0-inch display, above which are a 5.0-megapixel front facing camera and a speaker grille, and below which are three soft touch buttons for Home, Back and Menu. The right side has the volume rocker and power/display keys; the left the SIM card tray slots; the top has the 3.5 mm audio jack; and on the base is the micro USB port. The back is of a uniform color and has a smooth metallic finish to it (we were told it was Magnesium alloy), with a 13.0-megapixel camera accompanied by a flash in the top left corner, and a speaker grille on the bottom left. You will also see three dots on the base of the back – they are for connecting to wireless charging cases and other accessories that Lenovo plans to add on to the device, or ‘layer’ on to it, as they prefer to say. At the time of writing, a charging case was the only one available, but we hear a speaker case is also on the way. It is definitely a very neat way of adding accessories to a very good looking device. And good-looking the Vibe X2 is. Those layered sides make it stand out in the smartphone crowd which has stuck to single or dual colored themes.

It looks darned good, but as we mentioned earlier, the Vibe X2 is not just about eye candy. Lenovo claims to have thrown a fair bit of hardware force into it and it certainly shows on the spec sheet: the 5.0-inch display is a full HD one and delivers a pixel density of 441 ppi. RAM stands at 2 GB, storage at a non-expandable 32 GB, and there is dual SIM connectivity in the mix (with support for 4G) as well as the routine Wi-Fi, GPS, Bluetooth mix that is now an accepted part of the Android smartphone portfolio. The battery at 2300 mAh is, however, more par for the course than exceptional in this era when people have started considered 3000 mAh as routine. 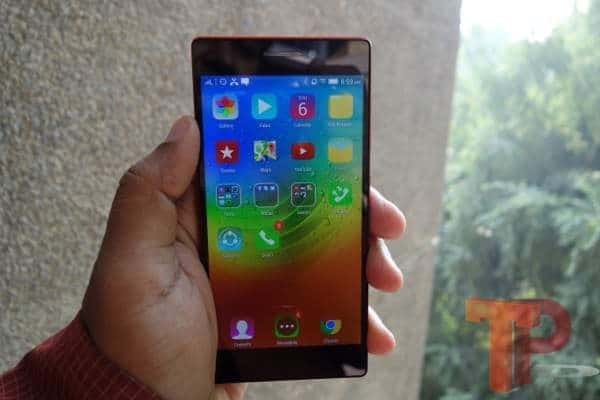 But the star of the show, according to Lenovo, is the MediaTek MT6595m True Octa Core processor that powers the device. Promoted as being true octa core, the processor has been showcased by MediaTek as being as good if not better as anything the competition has to offer. And running on top of all this is Android 4.4.2, with Lenovo’s Vibe UI, which while not being exactly the same as that seen on the Z2 Pro, has most of its touches. Just do not expect to go into stock Android mode in this one.

And for the most part, we must confess that the Vibe X2 delivers on its promise of a good performance. Apps run smoothly, multi-tasking is not a problem, and the display is very good for reading, browsing the Web and tasks like mails and messaging. We pushed the processor on some HD games and tasks like video editing and it came out unscathed. There was some heating but nothing that seemed out of the ordinary. And well, as far benchmarks go, the device turned up scores on Antutu that bordered on the unreal. 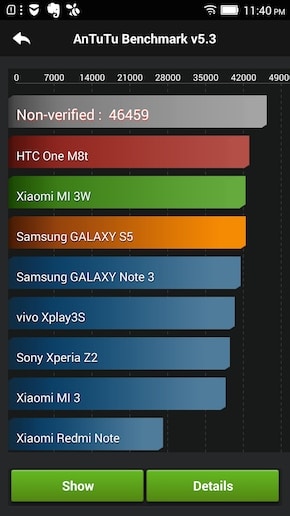 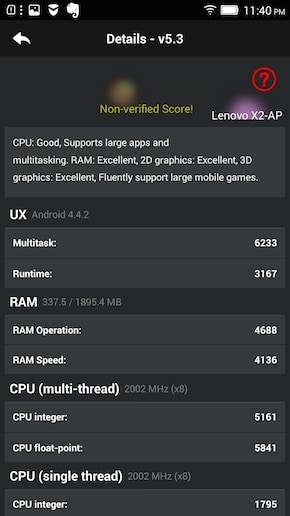 Note, however, that we said “for the most part.” For the Vibe X2 is not without its eccentricities. The most notable of these was its camera, which initially took better pictures from the Google Camera app than from the default app Lenovo had installed on the device. At the time of writing, an update had fixed the issue. We also found battery life oddly inconsistent, generally seeing through a day of use, but sometimes coming up short. Once again, Lenovo has released updates to fix the matter. Sound quality was very good on calls, although we would have preferred better loudspeaker performance (makes sense to invest in that speaker layer perhaps!). 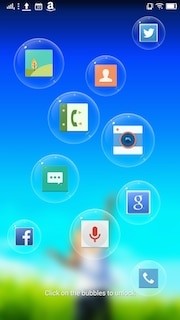 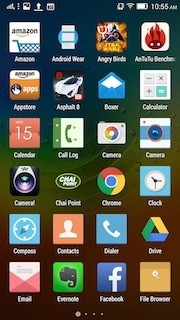 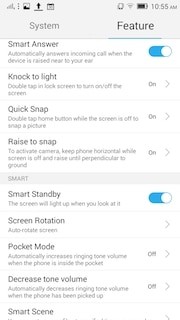 All in all, however, the Vibe X2 checks all the performance boxes. Camera quality is well above average in terms of color on the rear camera, which handles glare remarkably well after the latest update, although detail can sometimes be a bit iffy. However, the 5.0-megapixel front facing one, we reckon is one of the best “selfie cameras” we have seen (the fact that it automatically beautifies your face might have something to do with it, but we are SO not complaining about that). And while some might miss the option to switch to stock Android as in the Vibe Z2 Pro or even the elaborate camera menu on the same device (the one on the X2 follows conventional lines), but it brings some neat touches of its own such as the option to double tap to unlock or lock the display, double tapping the home button to take a photograph even when the display is switched off, and launching the camera when you raise the phone even with the display switched off. There are also the usual Vibe features like Smart Answer (answer a phone by moving it to your ear) and preventing accidental key touches when in your pocket. And we do love the fact that Lenovo keeps updating the firmware. 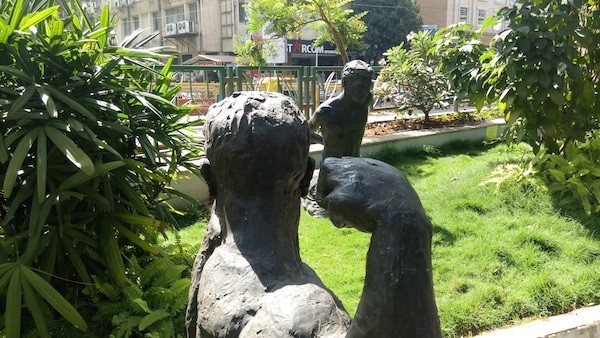 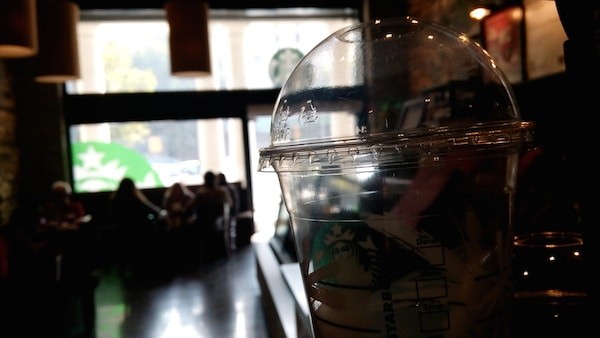 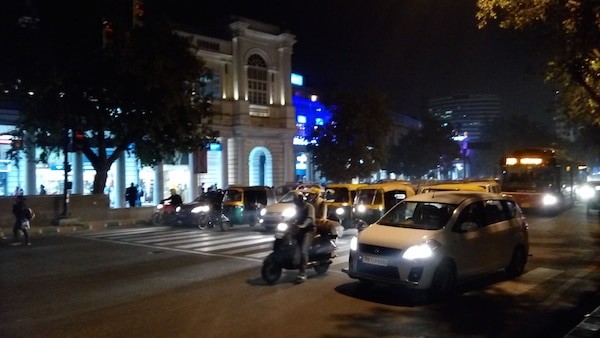 Conclusion: Worth a buy?

So when the reviewing dust settles, should one consider investing in the Vibe X2? Well, by pricing it at Rs 19,999 (~$325), Lenovo have once again pulled a rabbit out of their digital hats – the lower specced Vibe X had cost significantly more. And at that price, we confess that it does come across as a very compelling option. The Huawei Honour 6 might have been a slightly more consistent performer in terms of camera (the one on the X2 has seen so many tweaks) and battery life, but in terms of general performance and design, we think the Vibe X2 does enough to convince us that it is one of the best devices available out there in the sub-Rs 20,000 price segment. Unless of course one has access to the Xiaomi Mi3 or can stretch one’s budget to accommodate the OnePlus One (and also have the fortune to get an invite). No, it is not perfect and is prone to slight eccentricities in the battery and camera department, but for the most part, the Vibe X2 is one of the most attractive phones we have seen at this price point for a while. And guess what it sends out in terms of performance? All the right Vibes (we HAD to say it). And we love the way Lenovo has been updating it, adding little tweaks and improvements. Very Xiaomi.

It looks stylish. It performs solidly. It does not cost the earth. No, it did not quite stun us with its value proposition the Vibe Z2 Pro did, but if you asked us for a smartphone that cost less than Rs 20,000, the Vibe X2 would be among the first devices we would recommend.

Was this article helpful?
YesNo
TechPP is supported by our audience. We may earn affiliate commissions from buying links on this site.
Read Next
iQOO 11 5G Review: Does It End Your Quest for the Ultimate Smartphone?
#lenovo #review #Vibe X2