The mother of all cricketing events is here. The ICC Cricket World Cup 2015 will be kicking off at Christchurch in New Zealand tomorrow, February 14th, with the match between the hosts and previous world cup finalist, Sri Lanka. This edition of Cricket world cup features 14 teams across the world fight it out for the coveted trophy. From India to Australia to England, people across the world will be looking forward to catch the matches live – either online or on the television sets. 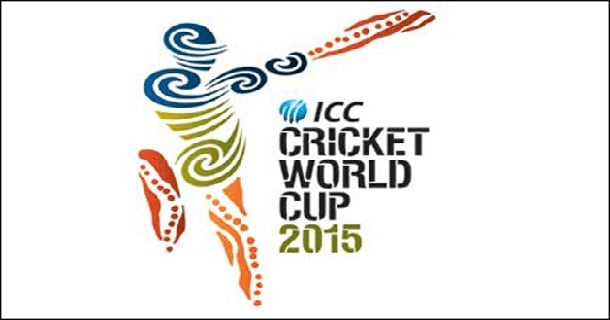 Channel 9 in Australia and Star Sports in India have the exclusive rights to telecast the cricket world cup 2015, but not everyone will have access to television sets all the time. If you are a cricket buff and don’t want to miss any action, you can watch world cup 2015 online for free. Thing to note here is, most of the services are geo-restricted. We will make the best efforts to clarify that in-line, but the alternative option would be to use one of the Free VPN services to bypass geo-restrictions.

Star Sports has availed the exclusive rights to broadcast all the matches of Cricket World cup 2015. In addition, they also have the exclusive digital and internet rights. So, if you are looking to catch the World cup 2015 online from India, you can visit StarSports.com from your PC/Mac to watch the matches free. In order to watch all the 53 matches on the web, you would need to subscribe to one of their premium packages which can cost as less as Rs.120 to watch all the 53 matches.

Alternatively, you can download the StartSports mobile app for iOS or Android to watch the cricket world cup live online. This would again need a subscription which would cost Rs.300 a month.

Another thing to note is, the national broadcaster, Doordarshan is all set to telecast the World cup matches in India for free. Also, there are services which streams Doordarshan channel live (Update: Also, ZengaTV), and they can be of some help to watch some of the world cup matches online.

In the US, ESPN has acquired the exclusive rights to live stream the ICC Cricket world cup 2015. If you want to watch it on the television, you’d need to subscribe to Roku or Dish, and to watch the live streaming of world cup matches, you would need to subscribe for a special package which costs $99. That’ll let you watch cricket world cup on all mobile devices and tablets – including iOS and Android through the new ESPN Cricket 2015 apps. To be clear, you do NOT need a cable operator subscriber authentication to access and view content on this app.

How to watch ICC Cricket World Cup throughout the world

Elsewhere, you would need to rely upon the services offered by the respective broadcasters. In Australia, the Channel 9 network and Fox sports will be broadcasting the cricket world cup on television. In order to live stream the world cup, check Cricket Australia Live.

Audience in the UK can watch the cricket world cup matches on Sky Sports 2 (now Sky Sports World Cup) or live stream via Sky Go, which will again need subscription. Another option is NowTV. Rest of Europe can watch the matches live on Eurosport 2. In Pakistan, either PTVSports or Ten Sports can be used for cricket live streaming. Those in Middle East can check out OSN who have got the broadcasting and digital rights in the region.

Everyone else can look up to SuperSport for the live streaming.

If you’re old school and prefer to listen to the live commentary of ICC Cricket world cup matches, they are available for free (geo restricted again) via BBC’s Tets match special service. Head over to http://www.bbc.co.uk/5livesportsextra/on-air to listen to the commentary on the web, or install iPlayer Radio app on your mobile devices. Needless to say, you can install one of the Free VPN services like TOR to bypass the geo-restriction.

Was this article helpful?
YesNo
TechPP is supported by our audience. We may earn affiliate commissions from buying links on this site.
Read Next
Flutin Live: A New Way to Multistream, Schedule and Monetize Events
#Live streaming #watch cricket online