Pebble has announced on its blog that it is now officially supporting Android Wear notifications. Thus, by allowing Android Wear-compatible apps to communicate with Pebble devices, the company wants to make sure that Pebble OS won’t be forgotten. This is a great feature for those who already own a Pebble smartwatch and can also represent a good selling factor for those looking to buy a Pebble or an Android smartwatch. 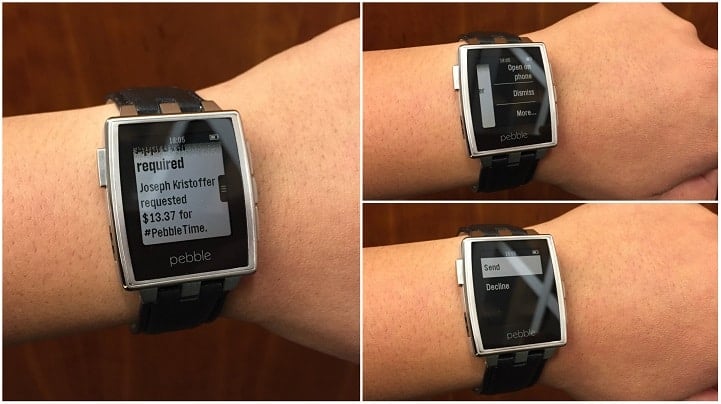 As a matter of fact, Pebble made available this feature to beta testers back in December but now  it is available for everyone. Of course, the smartwatch industry is in its early stages, as there have been just 720,000 Android Wear device shipped last year. But we all know that the Apple Watch is coming, so that’s plenty of a reason for Pebble to strengthen their product.

Integrating Pebble with Android Wear is thanks to the open approach Google built into Android’s notification system. Openness is a value Pebble shares and appreciates. We hope more mobile operating systems follow suit so all Pebblers—no matter their smartphone choice—can take advantage of all the delightful features we introduce now, and in the future.

And with this update, Pebble already has an advantage over Android Wear, as it supports a wider selection of Android devices – Android 4.0 opposed to Android 4.3. Have a look at the two videos showing Pebble’s new Android Wear support.

Was this article helpful?
YesNo
TechPP is supported by our audience. We may earn affiliate commissions from buying links on this site.
Read Next
Titan Talk Smartwatch Review: Let’s Talk About It!
#Android Wear #Pebble #Smartwatch