The year 2014 was the year in which the whole price-performance equation in smartphones (which incidentally goes thus: “the performance of a phone varies in direct proportion to its price” or in simple English: “you want a good phone? Pay up!”) was turned on its head. We saw devices like the Moto G and Moto E, the Xiaomi Redmi Note, the YU Yureka, the Asus ZenFone 4 and 5 and a few others that pretty much buried the belief that a low cost phone had to be a poor performer. And to that group now gets added the Lenovo A6000, which claims to be the most affordable 4G smartphone in the Indian market, and in its brief innings so far has been getting sold out within seconds of becoming available on Flipkart (with which it has an exclusive online agreement).

The Redmi 1S and the Moto E had shown us last year that it was possible for a phone to not cost the earth and still look presentable. Like those worthies, the Lenovo A6000 comes with an appearance that belies its price. We had discussed it in some detail in our initial impressions of the device, but to reprise – it is a smart looker, although not exactly a traffic stopper. The front has a 5.0-inch display with three touch keys beneath it. The volume rocker and power/display button is on the right, the top houses the micro USB port and the 3.5 mm audio jack, with the other two sides being left plain. The back is plain plastic, but with a dual speaker grille on the lower part and a 8.0-megapixel camera and flash at the top. The sides have a slightly layered look as the glossy front flows over a bit to the sides. Speaking of the front, the display is not a Gorillas Glass affair, so be ready to slap on a screen protector on it (mind you, people seem to do that even on Gorilla Glass display devices). A small point about the display – it might seem a bit rough to touch after you remove the sticker covering it, but clean it with a cloth and it becomes smooth, something to do with the adhesive, we suspect. 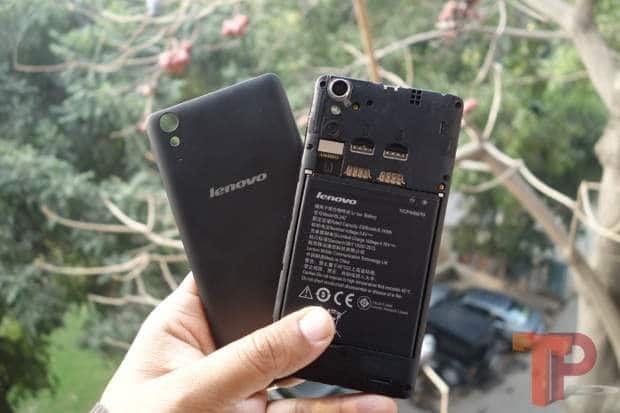 Lenovo has managed to keep the device incredibly compact and light for one with a 5.0-inch display – it is 141 mm long, a mere 8.2 mm thin and at 128 grammes, is about the same weight as the iPhone 6, which is thinner and shorter but has a smaller display too.; and is also thinner than the original Moto E which had a much smaller display. All in all, the Lenovo A6000 cuts a smart, natty figure, and will fit into most hands easily. No, it does not look cheap.

Ticking most hardware and software boxes 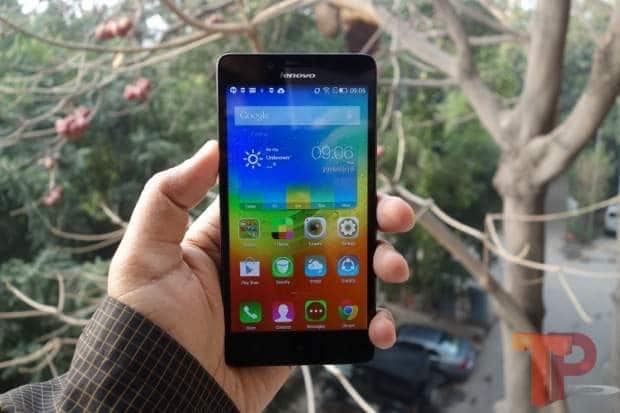 A year ago, we would have been deliriously delighted at the specs the Lenovo A6000 offered for its price. Today? Well, we have been spoiled a bit, but are nevertheless impressed. The phone’s display is a 720p affair and powering the phone is a 64-bit, quad core Qualcomm Snapdragon 410 processor, backed up by 1 GB RAM. The phone comes with dual SIM connectivity, has 8 GB storage (expandable to 32 GB), and sports an 8.0-megapixel camera at the rear and a 2.0-megapixel camera in front. The phone comes with 4G support and the usual Bluetooth/Wi-Fi/GPS connectivity option, with Lenovo stressing the point that you can use the GPS on the device even without network connectivity, which is a neat touch – essentially you can use the device purely in navigation mode even without a SIM or Wi-Fi connectivity provided you have the maps downloaded.

And running on top of this is Android 4.4 with Lenovo’s Vibe UI on top of it. No, it won’t let you boot into plain Android UI the way the Vibe Z2 Pro but you still get some neat touches like changing wallpaper with a flick of your finger, and a lot of handy apps like SHAREit and SYNCit. And then there are those dual speakers at the back, which come with support for Dolby Digital Plus – twin speakers at these price points are difficult to find indeed. To try and ensure that all this works well for a good amount of time is a 2300 mAh battery. 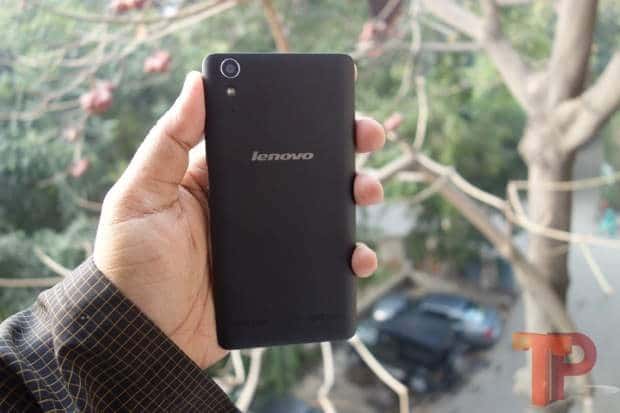 Yes, we know some might hanker for more RAM and onboard storage, but viewed objectively, the Lenovo A6000 crosses most software and hardware boxes at its price point. It is better specced than both the old as well as new Moto E devices and even the Xiaomi Redmi 1S.

A solid performer…for the price!

Of course, the big question is whether all that hardware and software translates into a decent performance? And our answer based on about a week and a half of usage is: it does. The important point to keep in view is to compare the device with those in its price segment. No, it will not deliver the sort of multi-tasking muscle that we saw from the Yureka or the Redmi Note, but then those devices do cost more. Compare the A6000 with the more similarly priced Redmi 1S and the older Moto E (we don’t have the new one yet), and it more than comfortably holds its own. 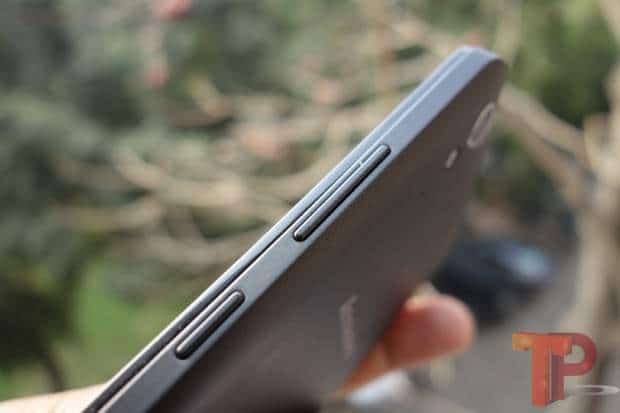 The display is rather bright and handles colours well. And well, those dual speakers deliver very good sound indeed. And the phone surprised us by playing FIFA 15 and ICC Pro Cricket, both of which are resource hungry, reasonably well. Yes, there were the odd lags but in general, the games were very playable and wonder of wonders, the phone did not heat up.

The 8.0-megapixel camera is a slightly mixed bag – it is very good in normal light, capturing colours and details realistically enough but in low light conditions, literally fades out and cannot handle glare. No, we don’t think it matches the very good shooter we saw on the Redmi 1S, but it is comfortably ahead of anything else at this price point, and better than some we have seen above it, particularly the sub-Rs 10,000 Nokia Lumia devices.

Lenovo deserves to be given a pat on the back for including a lot of shooting options and tweaks on the camera app. You can play around with live filters, tweak sharpness and contrast levels and mess around with ISO. Mind you, a more icon driven interface would have worked better – three tabs of text is so point and shoot and DSLR like, we think.

Battery life is a pleasant surprise. We had expected to be looking for a power outlet midway through the day given the bright display and the sound, but we saw the phone easily lasting a day of reasonably heavy use. Lenovo has pulled something out of a hat there. No, we could not test 4G in Delhi, but in general, call quality and the handling of online tasks was smooth. Just don’t try to run too many heavy duty apps on it at the same time.

Conclusion: Perfect for those on a tight budget

Any talk of investing in the Lenovo A6000 is going to involve comparisons with the older Moto E and the Redmi 1S – the A6000 is priced at Rs 6,999; the Redmi 1S at Rs 5,999; and the old Moto E at Rs 5,999, although we are expecting new versions of the latter two phones even as this is being written. At the time of writing we think the A6000 is comfortably superior to the original Moto E, thanks to its better display, camera, battery life and sound. The battle with the Redmi 1S is tighter as we think that Xiaomi’s device scores on interface and camera quality, but the A6000 comes with 4G connectivity, better battery life and much better sound, so once again that battle is a close one, although we think the real battle in that department will be waged when the successor of the Redmi 1S comes along. 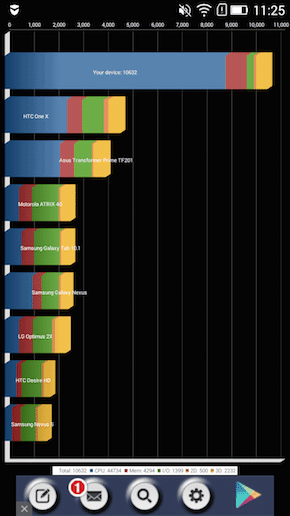 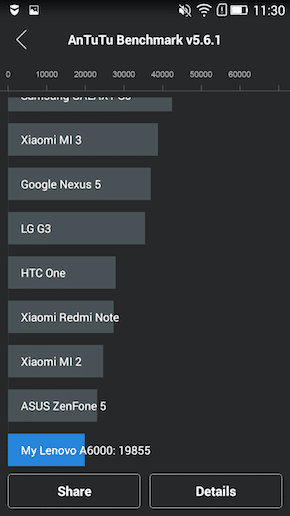 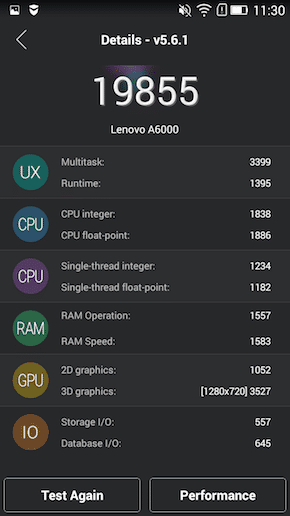 At the time of writing, we had not seen the new Moto E, but based on pure specs, the A6000 seems a better deal – the display, camera and sound are a huge plus, as is 4G connectivity (the 4G version of the new Moto E is likely to cost more), although the new Moto E can claim to run the latest version of Android (incidentally, we have been told that Android Lollipop will be delivered on the A6000, although we have no exact schedule). No, we don’t think it is in the same league as the Redmi Note 4G and YU Yureka, both of which come with better cameras, battery life and interfaces, but then again, those two cost a fair deal more than the A6000 – the Yureka costs Rs 8,999 and the Redmi Note 4G is priced at Rs 9,999. And in an extremely price conscious segment, we do think that makes a huge difference.

Which is why we think that the A6000 is a terrific option for anyone who is looking for a phone that performs decently on a tight budget. It scores in core departments like display and sound, and while we do not think that the presence of 4G is going to be as important at this price point as some are making it out to be, we sure know that no one will be complaining out its presence, as it reasonably future proofs the device in terms of connectivity. No, it is not perfect – the camera is inconsistent, some might complain about the display not being a Gorilla Glass affair, and yes, more RAM and storage would always be welcome, for handling multi-tasking and hefty games a lot better. But throw in the price, and honestly, there is no phone in the Indian market which delivers as much for the price. It might have been released to counter the Redmi 1S, but the Lenovo A6000 might just have pre-empted the new Moto E. And that is saying something.

No, we are not surprised it is selling out so fast.

Was this article helpful?
YesNo
TechPP is supported by our audience. We may earn affiliate commissions from buying links on this site.
Read Next
Skullcandy Mod Review: Betting on doing the basics well
#Lenovo A6000 #review