First of all, we would like to get one thing straight – this is not us complaining about an event. How a company chooses to present products is entirely its choice, one we totally respect. Secondly, we have a soft corner for Asus – it was after all the first company that got a Windows Mobile Professional device for under Rs 10,000 in India (way back in 2008, and it even had a stylus). And of late, we have been very impressed with the ZenFone 2 and ZenFone 5, both of which we think have played major roles in bringing making high-end performance to relatively affordable devices. Finally, Asus’ executives have always been polite and courteous, and exemplary in their conduct.

But with all that factored in, we cannot understand why the company went for an event like the just-concluded Zen Festival at the Jawaharlal Nehru Stadium in Delhi. 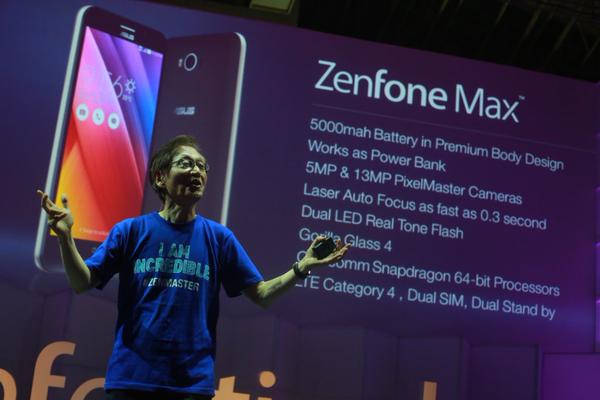 Yes, we know that it is always good for a company to meet its fans and followers – we really wish that sort of thing happened more often, really. But we do not think that doing so from a stage in a massive hall works. Nor does a grand display. Nor even freebies.

For, what wins REAL fans and followers – the ones that don’t simply turn up to whistle and clap at celebrities and for goody bags and a free meal- is good products. And also the little things that accompany them. Courteous executives. Good after sales service. Prompt responses on social networks. People are more likely to say “Buy a ZenFone. It is a good phone with good after sales service” than “Buy a ZenFone. Asus throws impressive events.”

The irony? The past year and a half have seen Asus do exceptionally well on all those parameters. The company has come up with some very good products (we at TechPP called the ZenFone 2 ‘the Rahul Dravid of Smartphones’, remember?). Its chairman, Jonney Shih (who was absolutely wonderful on stage, incidentally), told us it had sold more than a million and a half ZenFones in India in recent times. And most reviewers that we know of have an Asus device among their recommended phones list.

So, excuse our naivete, but what was the Zen Festival trying to prove? That Asus could fill an auditorium with cheering and whistling ‘fans’ (pardon the quotes, but some of them were supremely ill-mannered and were no credit to your brand)? That it too could hold a ‘big event’? (did anyone need proof of that? Our, and most consumers’, perceptions of brands are not formed by the magnitudes of events organised by them). No, we are not even getting into the absence of drinking water inside the venue (Xiaomi did that to us at Siri Fort too – what’s it with brands and waterproof venues!) or the fight for goodie bags or food or even the pushing and shoving. We just want to know what it was that you were trying to showcase today in Delhi.

Was it the new products? But since when did THAT warrant a massive hall and a crowd running into thousands? Were you trying to show us the support Asus has? Heavens, ladies and gentlemen, your sales statistics and the strength of your online community speak far louder than any number of mindless shrieks in a hall. 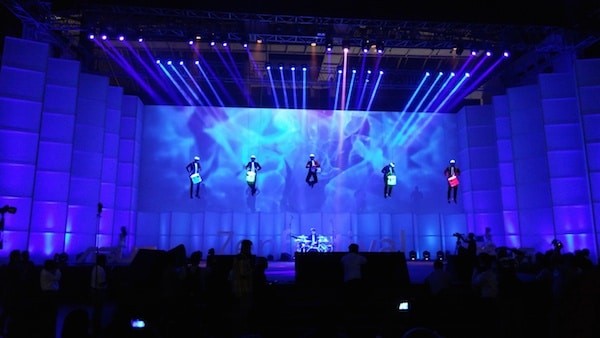 We heard some call it a celebration. We even had some crackers at the end. But honestly, we did not detect too much joy. For far too many, it began with struggling to get into the venue, fighting over goodie bags and being grumpy over food and the absence of “hands on” units. I have no idea what the target audience was. The ‘fans’? Well, honestly, we did not see too many of them getting to interact with the senior staff. The media? Well, we had very limited interaction with the company’s officials and its products – understandable, given the crowds at the venue.

What we did have was some song and dance on stage, some really poor jokes by the anchor (I am sorry but I really cannot understand why he thought that a colleague of ours was funny for having his notebook open during the presentation and for possessing more than one phone), and well, some very good presentations, which were thoroughly disturbed by a celebrity photo-opp. One of the saddest sights at any event is to see people trooping out after the main products have been launched and photographed with a celebrity, paying scant heed to those who still have to perform on-stage – we do apologise for those of our colleagues guilty of this. The sad fact, however, is that by the time Asus Chairman Jonney Shih came back on stage for his “one more thing moment” (when he showcased the ZenFone Max and introduced Zenny the mascot), a lot of the media and fans had already headed out seeking to get their hands on devices and eatables, respectively, we suspect. And had varied success, evidently, for at the end of the day, we had a litany of complaints about people not getting goodies, food, water, transport and a whole lot of other things.

Jonney Shih (for me the star of the show with his amazing enthusiasm) deserved better.

The team that stood on stage daring people to compare the cameras of other phones with the ZenFone deserved better.

Now, we are sure that the decision to hold a Zen Festival was made by heads older and wiser than ours. That said, we are just wondering what it achieved – I am sure Asus will get lots of coverage in the media, but there has been a fair bit of flak flying around too (the perils of a large event). And something tells us that the celebrity, song and dance will match if not overshadow the very good products Asus revealed today. Will the show win you more supporters than a few sincerely written customer recommendations or media reviews? We somehow doubt it.

Asus already has followers (sales of a million and a half confirm it). It already has very good devices. And a very good communications and support team. Did it then need a Zen Festival?

Was this article helpful?
YesNo
TechPP is supported by our audience. We may earn affiliate commissions from buying links on this site.
Read Next
NothingOS Made Me Realise How Much Overrated Pixel UI Is
#Asus #Eventually Speaking #Opinion