YouTube Gaming is all set to go public starting tomorrow and users can directly access the services by pointing their browsers to http://gaming.youtube.com. Users can check out who all are streaming and they can also start a stream by themselves. Coincidentally, this move comes exactly after one year after Google sold its Twitch.tv to Amazon. As of now, the site still asks for your e-mail and region thus promising a timely update once the service is launched in your country. 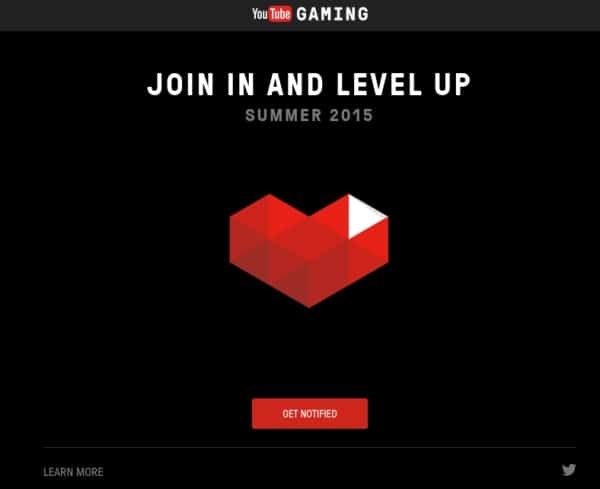 The best part of YouTube Gaming is that the streams will be categorized under a gaming title which will allow ardent gamers to check out new and hidden content in the games. We hope that YouTube will convert the stream to a traditional video once it is over, this will help it create a rather huge repositories of Gaming content.

The beta version of the streaming dashboard will be launching tomorrow and the service is devoid of any scheduling thus allowing streamers to stream it whenever they want to. In essence the entire Streaming is more of an impromptu event rendering a greater degree of freedom to the streamers. YouTube Gaming will be implemented on HTML 5 and it allows streamers to enable a “DVR Mode” that lets users stream the last four hours of the video and acts like a rewind button, quite literally.

Google commenting on the availability said that the gaming should work “in any country where YouTube is available.”  The app will be available on both iOS and Android from tomorrow. Twitch.tv will be Youtube Gaming biggest rival and the fact that gamers still use YouTube as their repositories for gameplays will be the biggest plus point.

As obvious as it might seem, the streaming service will create an auxiliary revenue stream for the company. Gameplays play a very important role in the gaming ecosystem and these videos act as the virtual guide for gamers stuck on a particular level, alternatively the videos also contain a live commentary adding an added layer of personalisation.

TechPP is supported by our audience. We may earn affiliate commissions from buying links on this site.
Read Next
How to View and Delete YouTube Search History [2022]
#Twitch Tv #youtube #YouTube Gaming