Zopo is the latest entrant to the extremely crowded Indian smartphone scene and it has officially unveiled its premium handset, the “ Zopo Speed 7” today, priced at Rs 12,999 (~$200). The Speed 7 aims at bringing together a high performing hardware along with a well appointed design within the same device. The Zopo Speed 7 will be powered by a MediaTek MT6753 64-bit octa-core processor clocked at 1.5GHz and tagged alongside 3GB of RAM. 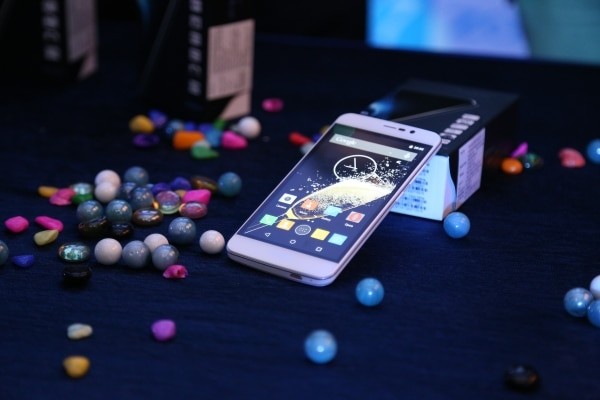 The display of the device shapes up in the form of a 5-inch FHD frameless screen which according to the company can exhibit better display characteristics. We would like to point out that the frameless display is all about the thinned out bezels and should not be confused with the Edge to Edge display.

The Speed 7 runs on a blend of Android 5.1 along with the company’s Z-UI. On the imaging front, the device comes with a 13.2-Megapixel primary sensor in tune with a 5-Megapixel secondary sensor. The camera app boasts of features like Face Beauty which will help appease the Selfies fanbase. Memory department is managed by a 16GB internal storage along with an expandable memory card slot. The device will be backed up by a 2,500 mAh battery (which looks rather weak for an otherwise heavily specced device).

The Speed 7 heralds with the usual bunch of connectivity features including 4G LTE connectivity. However, the spec sheet shows that it supports only the FDD-LTE Band 3 which is not yet majorly supported by operators in India. Speed 7 will be available for buyers in the first week of September on Snapdeal.

Zopo is aiming to differentiate itself from other new entrants in the market by focusing more on a quality product, efficient supply chain and a better brand experience. The best part of the deal is definitely the 200 service centers across the country that will cater to the consumers maintenance needs. But it looks like the company has teamed up with third party service providers (lke HCL) for the same. Manufacturing of the phones will be commissioned to Adcom and the company envisages starting their own production facility in India once the sales volumes surge.

Mr.Kevin Xu, CEO of Zopo Mobile said, “Zopo has been building a steady and reliable reputation as one of the best Chinese phone producers in the last few years. The goal has always been clear in the path towards globalization.” He further also shed some light on how Chinese manufacturers are enjoying one of the largest YOY (Year-on-Year) growth in the Indian perspective. The fact that India’s market is largely volume driven seems to have inspired ZOPO to make a foray on the Indian shores.

That being said, Zopo needs to battle out with some of the well established players like Xiaomi and Lenovo who have been conquering the Indian smartphone market with aggressively priced smartphones. Micromax is yet another smartphone manufacturer which enjoys a strong foothold in the budget smartphones segment. Zopo still has a long way to go and establish a brand that not only sells high performing smartphones but also offers a well crafted owning experience.

Was this article helpful?
YesNo
TechPP is supported by our audience. We may earn affiliate commissions from buying links on this site.
#Zopo #Zopo India #Zopo Speed 7