Sony has pulled the wraps from Xperia Z5 and the Xperia Z5 Compact at the ongoing IFA 2015 in Berlin. Sony seems to have skipped Xperia Z4 and instead incremented the series with the Xperia Z5. The Xperia Z5 will feature Sony’s new 1/2.3 Exmor RS module which will replace the previous 20.7-Megapixel G-Lens module in the Xperia Z3. 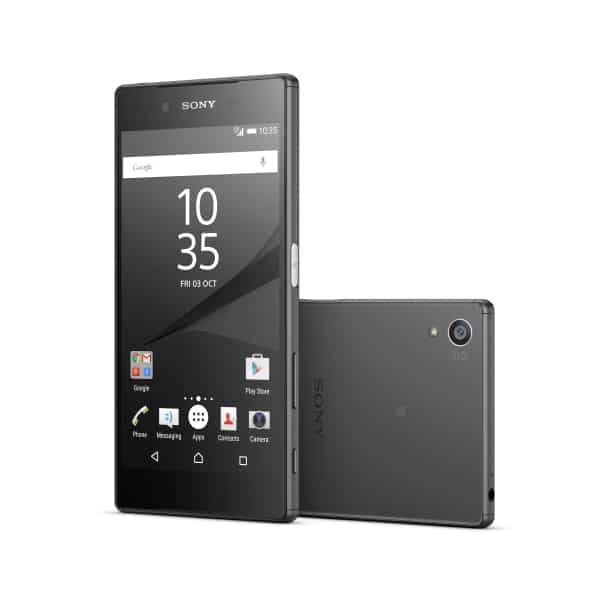 The highlights of the Xperia Z5 camera unit includes the fact that it will capture pictures in just 0.03 seconds, earning it the title of fastest camera in the business. In essence, the the human eyes take 0.1 to 0.4 s to blink which automatically implies that you wont miss any moments owing to the shutter lag. Sony claims that the main camera offers 5x Clear Image zoom and Digital Zoom up to 8X. Secondary camera shapes up in the form of a 5-Megapixel, 25mm sensor with FHD recording capability and Steady Shot mode.

Sony Xperia Z5 incorporates a 5.2-inch FHD Triluminos display which seems to be borrowed from its predecessor. Under the hood lies the Snapdragon 810 SoC paired with 3GB of RAM. We just hope that Sony has solved the overheating issue which used to plague the Xperia Z3 Plus while recording 4K videos.

Sony Xperia Z5 comes with a new integrated fingerprint sensor power button which can be used to authenticate the users credentials and also for the online transactions. On the storage front, the Xperia Z5 offers 32GB of Internal storage and an expandable memory card slot that can accommodate up to a staggering 200GB. Sony Xperia Z5 comes with the usual bunch of connectivity features including, Bluetooth 4.1, 4G LTE, DLNA Certified, Wi-Fi MIMO, NFC and A-GPS. The device is backed up by a 2,900mAh battery pack and the company claims a 2-days of enhanced battery life by using the inbuilt stamina mode.

Unlike a majority of flagships, Sony Xperia Z5 still prescribes to the IP68 standards which speaks of its water resistant and dust proofing abilities. The Xperia Z5 will be available in Graphite Black, White, Gold and Green colors, and as of now there is no word yet on the pricing.

Sony Xperia Z5 Compact shares most of the innards with the Xperia Z5 including the Snapdragon 810 SoC, but once again Sony seems to have cut the corners by going in for a 2GB RAM which is absolute letdown as even sub $200 phones are packing 2GB RAM these days. The battery backup has also been reduced to 2,700 mAh and surprisingly the Xperia Z5 Compact is thicker at 8.9mm as opposed to the 7.3mm thick Xperia Z5.

Sony Xperia Z5 and the Xperia Z5 compact come with a handful of upgrades but if we take into account the fierce flagship battle going on in the smartphone market it would have been great if Sony had incorporated USB Type-C and made some changes on the design front. The pricing of the both the devices will be crucial to judge the phone as the other bits are something we are already familiar with.

That being said, the Xperia Z5 has always been scoring brownie points when it comes to imaging and the latest Xperias are no exceptions. Additionally, the Qualcomm Quickcharge 2.0 will let you get a usage time of 5.5 hours with a charge of just 10 minutes. Battery Stamina mode is something we loved on the Xperia Z3 and we hope that the feature is equally effective in the Xperia Z5 and Z5 compact.

Was this article helpful?
YesNo
TechPP is supported by our audience. We may earn affiliate commissions from buying links on this site.
Read Next
Sony WH-1000XM5 Review: Bettering the Best
#IFA 2015 #Sony #Sony Xperia Z5 #Sony Xperia Z5 Compact