Unfortunately, those of us who live in big cities don’t breathe the cleanest air, and that’s why we’ve seen even such companies as Xiaomi release air purifiers on the market. Air pollution is a big problem for the entire mankind and this needs to be addressed in the coming years before it becomes a real disaster. 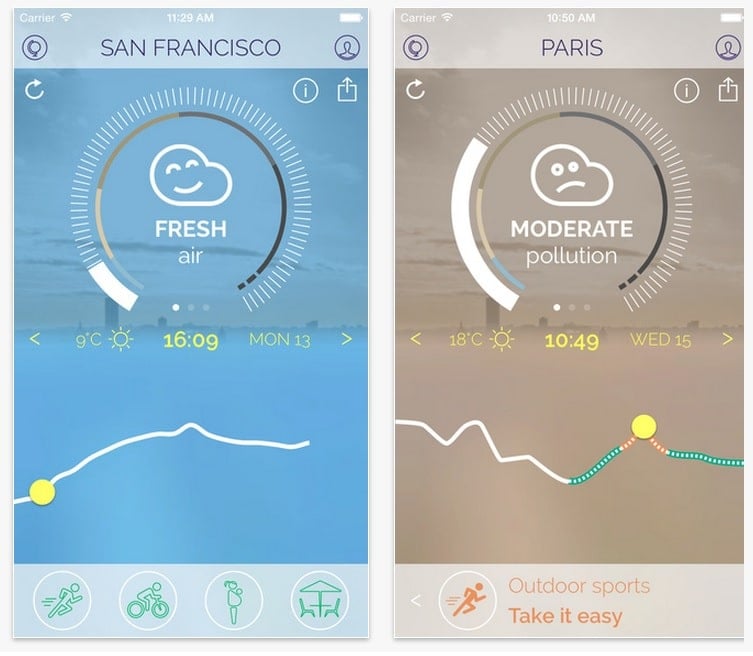 A small help is the new Plume Air Report app from Plume Labs which is currently available for iOS and Android users. Described as a urban weather forecast which helps you breathe better, the app is currently covering more than 150 cities worldwide, including New-Delhi, Mumbai, New-York, Paris, London, Shanghai, Beijing, Tokyo.

The app comes with predictive technologies that allow it to fetch air pollution forecasts which helps the user know how air pollution will change over the next few hours. Thus, you will know when’s the right time to go out in the park jogging or to take your girl out for a short walk.

It’s also possible to configure the app to receive notifications in the morning, evening and also receive alerts in case of pollution peak. Unfortunately, my city isn’t yet listed in the app, but I hope that a future update will bring this crucial data to my town, too. Go ahead and give it a try if you want help in beating the rising level of air pollution.

[Tech ad-ons] Realme Connect for Real Diwali: No Real(me)…
How to Use App Privacy Report on iPhone and iPad
Xiaomi Mi A3 vs Realme 5: Android One champ takes on a…
Nokia 7.2 Review: Nokia finally gets Real, and says "Gimme…
Apple 2020 Q1 earnings report: $91.8 billion revenue and…
Realme Buds Wireless Review: The Real Deal!