When Apple revealed its latest iPad, the iPad (10th generation), the first thing that shot through the minds of many users was its uncanny resemblance to the iPad Air (5th generation), which had been released earlier this year. So much so that many have been referring to the new iPad as the “iPad Air Lite.” 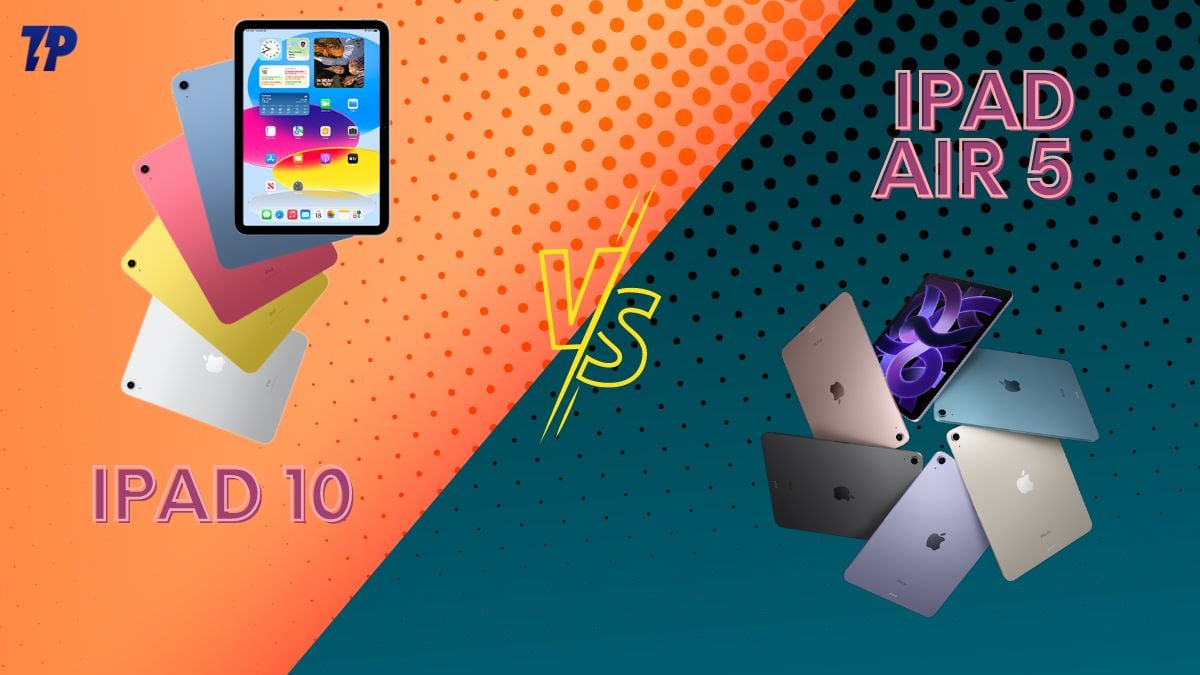 But beneath that common beauty lie two very different beasts, with very different price tags too – the iPad starts at Rs 44,900 while the Air has a more princely price of Rs 59,900. However, their strong similarities can confuse many as to which to go. Are those extra bucks for the iPad Air worth it, or would the new iPad suffice for most needs? Let us try and work that out for you.

The iPad (10th generation) and the iPad Air (5th generation) are impossible to tell apart when it comes to design and appearance. That’s because they both follow the exact same design language – a 10.9-inch display with slim bezels and no home button in front, straight sides, and a flat back.

It is only when you start looking very closely that you will notice that the iPad Air is slightly less tall (247.6 mm as compared to 248.6 mm), marginally slimmer (6.1 mm as compared to 7.0 mm), and lighter (461 grams against 477 grams) than the new iPad. But these differences are too tiny to really catch the eye.

Both iPads also come in colors that go beyond the silver and grey of most iPads – the new iPad comes in silver, pink, blue, and yellow, while the iPad Air comes in space gray, starlight, pink, purple, and blue. We are calling this round a tie.

Warning: there are going to be a fair number of ties in this contest.

Display: Pretty much the same 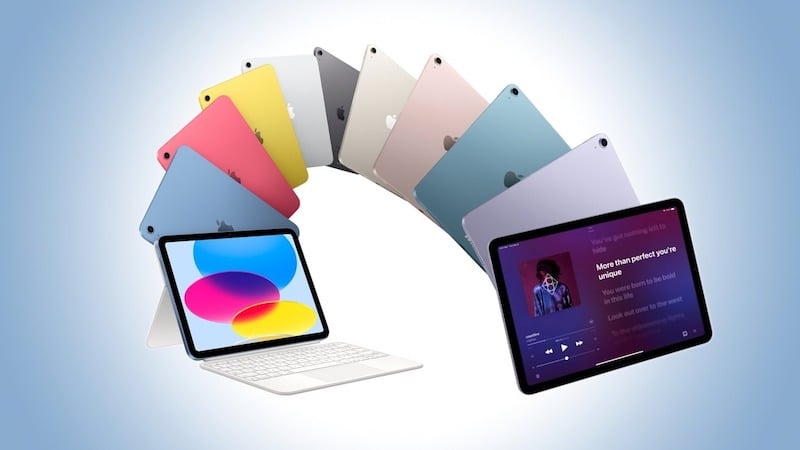 The displays on the new iPad and the iPad Air are also extremely alike. Both devices have a 10.9-inch Liquid Retina True Tone display, with a resolution of 2360 x 1640px and a brightness of 500 nits. The viewing experience is very much the same on both. Apple says that the iPad Air’s display is fully laminated and has an anti-reflective coating, which is not mentioned for the new iPad. Still, we do not consider these to be significant differences, especially as most users tend to place a display protector on their devices. Another tie here.

The biggest difference between the two iPads comes in terms of professor. The iPad 10 runs on the A14 Bionic, similar to the one seen on the iPhone 12 series. It is a formidable processor that is considered close to (some even say better than) the Qualcomm Snapdragon 888. However, it is no match to the M1 chip on the iPad Air 5, which is the second most powerful chip on a tablet today, beaten only by the M2 on the latest iPads Pros. This is a hands-down win for the iPad Air.

Gaming and multimedia: The M1 chips in again

As we highlighted earlier, the iPad (10th generation) and the iPad Air (5th generation) have very similar displays. They also have identical Landscape two-speaker audio for stereo sound, although neither tablet has a 3.5 mm audio jack.

Given this scenario, it is hardly surprising that the two tablets are equally matched when it comes to casual gaming and watching multimedia content, be it shows or videos.

Move into high-end gaming with titles like Genshin Impact and Call of Duty, however, and you will notice subtle differences. Games tend to load a little faster on the iPad Air 5 and seem to run a little more smoothly on maxed-out settings. The difference is not going to be evident unless you keep the two tablets next to each other, but it clearly exists. Differences in performance also become apparent when you get into multimedia editing territory, with the iPad Air being the superior in this zone too. 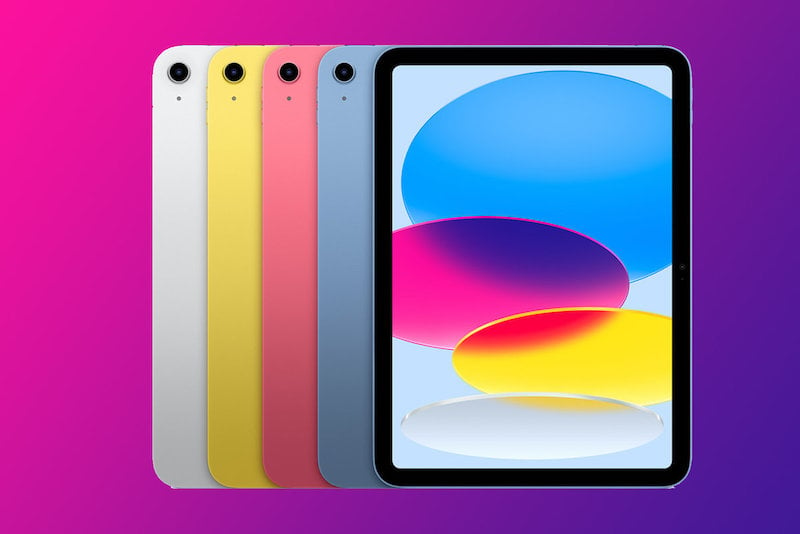 Both the iPad 10 and the iPad Air 5 come with a similar set of cameras – a 12-megapixel ultrawide camera on the back and a 12-megapixel selfie camera in front. Both are exactly the same in terms of specs and features, with support for shooting 4K video on both front and back cameras and for Centre Stage (keeping a moving subject in focus) on the front camera.

A big point of difference, however, is that the front-facing camera on the new iPad is on the landscape edge (the longer side) of the iPad, whereas it is on the top edge of the iPad Air.

In simple terms, this means that if you are using the tablet in landscape mode for video calls or recording selfie videos, the new iPad will be a better option to use. A win for the iPad (10th generation) here – it is the better tablet for video calls for most of us.

There is very little to separate iPads when it comes to battery life. And this is the case with the iPad 10 and the iPad Air 5 as well – both deliver about ten hours of Web surfing on Wi-Fi and 10 hours of video. In simple terms, they will easily see off a day of heavy usage—a tie. 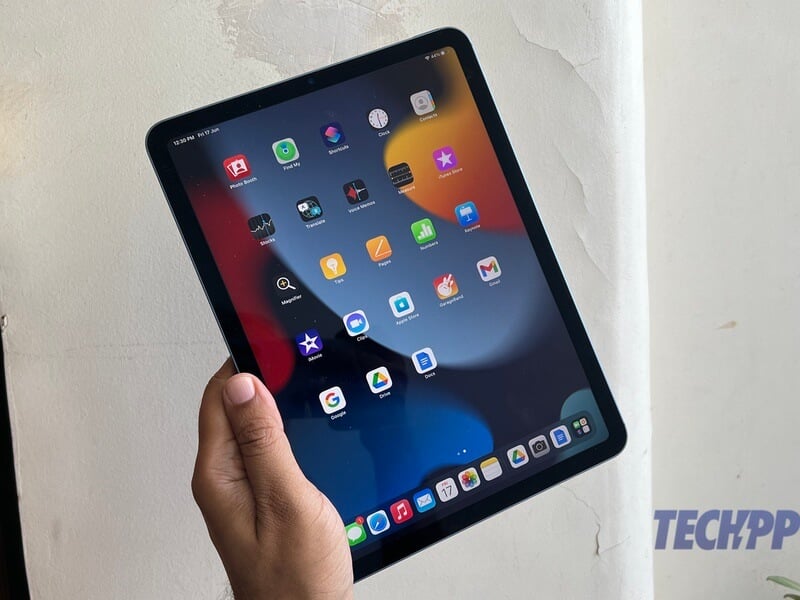 On paper, both the iPad Air (5th generation) and the iPad (10th generation) run on iPadOS in general and iPadOS 16 in particular. But there are some differences.

As the iPad Air runs on the M1 processor, it can use the new Stage Manager multi-tasking tool, which is unavailable to the new iPad. We are also expecting more such M1 exclusive features to be coming to the Air in the coming days as it comes with a newer processor. The Air will also likely get more software updates than the new iPad. This round is for the iPad Air, although it needs to be pointed out that iPadOS runs smoothly on the new iPad too. 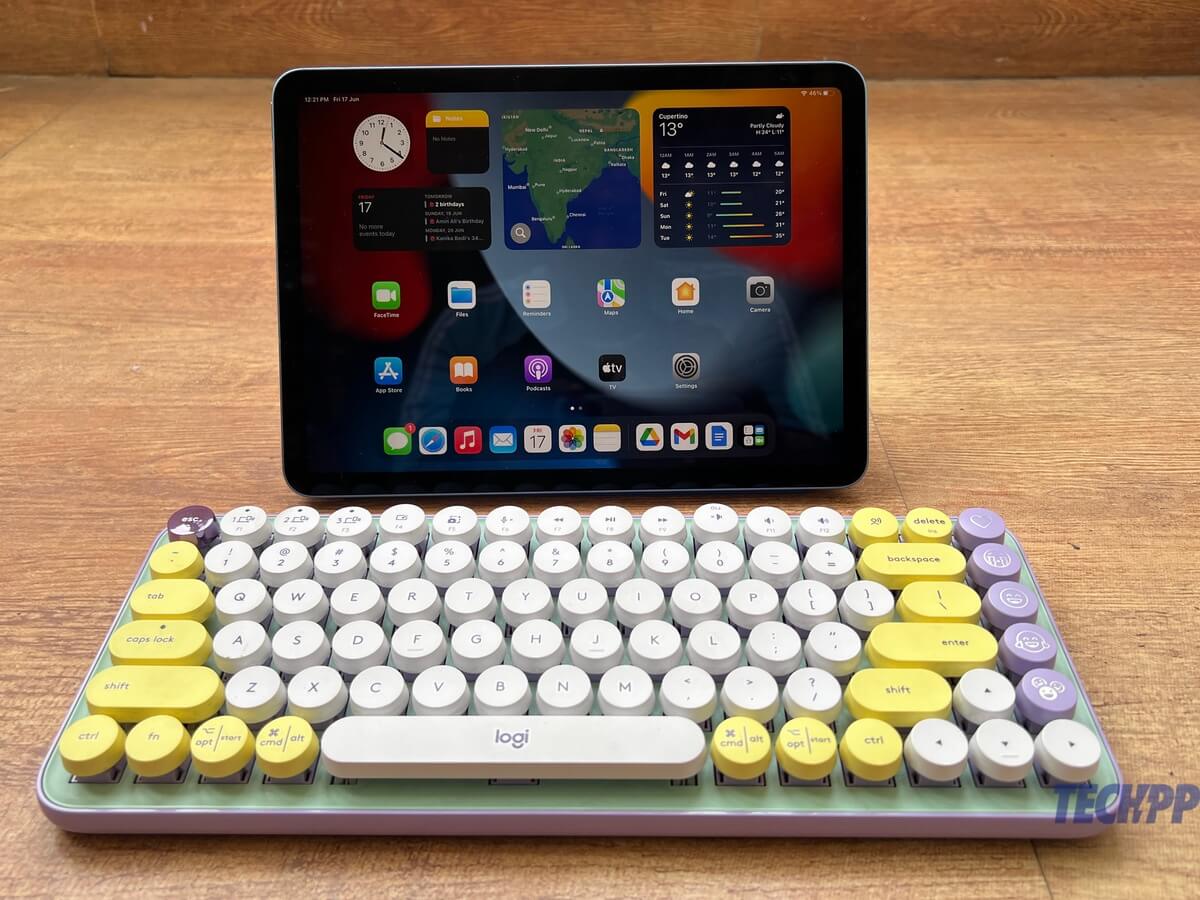 There is nothing to separate the two iPads in terms of everyday performance. Be it browsing the web, staying in touch with social networks, swapping messages and emails, watching videos, or doing some quick word processing and image editing, both the iPad (10th generation) and the iPad Air (5th generation) sail through them with ease.

Both have exactly the same fingerprint scanner on top of the power/home button, and it works smoothly. Both come with USB Type C ports for connecting other devices and for charging and with a 20W charger in the box.

As can be seen, the new iPad and iPad Air tie in several parameters. Which one you need in your tablet life is really going to boil down to the biggest point of difference between the two devices – the processor. Suppose you are looking for near Pro-level performance and plan to use your iPad almost like a notebook for heavy-duty tasks like video editing and also want the convenience of the second-gen Apple Pencil. In that case, the iPad Air is definitely the tablet for you.

The iPad (10th generation), however, is the better option if you are basically looking for a superb, portable large display experience and only occasionally wish to dabble in very high-definition gaming waters. It will not only do most of your basic tasks but can even handle high-end work, although not as smoothly as the iPad Air. And that is really going to be the deciding factor between which of these beauties you should choose – the beast that lies within them. You will be paying those extra bucks for power, not polish.

Was this article helpful?
YesNo
TechPP is supported by our audience. We may earn affiliate commissions from buying links on this site.
Read Next
iPad (10th generation) vs iPad (9th generation) Comparison
#apple #comparison #Face Off #iPad 10 #iPad Air (5th generation) #iPad Air 5