The Indian Summer of Vineet Taneja

“Yes, you can now meet Vineet, but be ready with your questions. He is a very reserved person,” those were the words with which a Nokia executive briefed me as we went to meet Vineet Taneja. It was 2009 and Nokia had launched its first salvo at Apple with the N97. Vineet Taneja was the Director Marketing at Nokia, and was exhorting developers to come out with more apps for what was then known as the Symbian 60 (5th edition) platform. 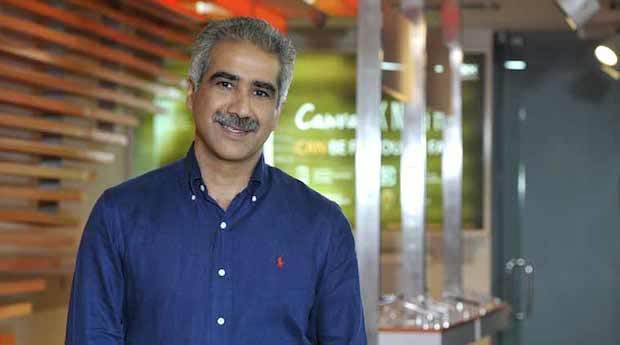 The interaction was a brief one, spanning about ten minutes. And as I had been warned, Vineet Taneja came across as a very reserved if utterly efficient person. Immaculately turned out in a blazer and a tie, he had sales figures and device features at his fingertips, and very little penchant for small talk. Any pause in the conversation would be punctuated by a stare that seemed to indicate that he had really expected the interviewer to prepare better. We saw him again a few weeks later at the formal launch of a phone and once again the impression was of the consummate professional – he walked on to the stage briskly and walked us through the device. Yes, he did smile some times, especially when questions were asked about the iPhone, but you always felt that the man spoke from behind a wall of his own construction – the eyes were generally cold and he uttered every word with the precision of a drill master in a parade ground. Small wonder that many in the media labelled him “arrogant,” a reputation that also owed more than a little to his readiness to take on the competition.

We are at the Hard Rock Cafe in Gurgaon on the outskirts of Delhi. The reason is the launch of a new device from Micromax, the Canvas Spark. The anchor comes on stage and after a bit of introductory text, asks us to “put our hands together for Micromax CEO Vineet Taneja!” The request is greeted by silence. Because the Micromax CEO does not appear on stage. There is a pause, and then a voice calls out: “Give me two minutes. We are just tackling his wire,” accompanied by a burst of hearty laughter. It is Vineet Taneja, standing with a glass of orange juice even as one of the executives tries to make the microphone attached to the lapel of his shirt. Nope, no blazer. No tie either.

Yes, he still walks on to the stage in a manner that is brisk, but unlike in his Samsung and Nokia days when he seemed to be acutely aware of the presence of a script, this is a more relaxed Vineet Taneja. He is more than happen to improvise when he strays from the script and even greets a slide that moves away too quickly from the screen with a smile and a “Bhai, ye kya hua?” (“Oh brother, what has happened?”) When the phone is brought in through a flying drone, he looks up at it and laughs at the noise it is creating. And while he is still as adept with figures and features, the voice is warmer, more relaxed, and somehow you can sense laughter bubbling below the surface. The cold efficiency in the eyes has been replaced by a playful twinkle, and he has even taken to gently teasing us. “How was the presentation,” he asked me later, and before I could answer, he added with a gleam in his eyes, “If Hugo Barra is ten, how was this one?” It is a far cry from one of his initial press conferences for Micromax where he claimed he had never heard of Xiaomi. 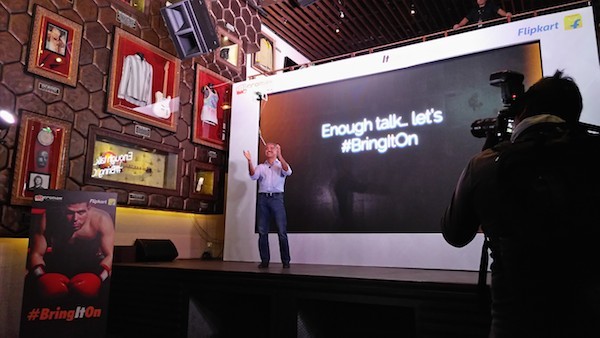 It is a much more relaxed Vineet Taneja that meets the eye now. And while those at Nokia and Samsung claim that it is their ‘media training’ that has helped the current Micromax CEO loosen up, our sources tell us that the sense of freedom he is getting at the Indian brand has played its role too.

“It does make a difference,” he said when I asked him how working for an Indian phone brand differed from working for a Nokia or Samsung. “The biggest difference is speed. You are not just forwarding stuff and ideas for ‘consideration.’ Here, if we want to do something, we just go right ahead and do it. It is not like we want to make a Dual SIM device but have to wait for the go-ahead from a person in another country.” He smiles and adds: “You feel you are controlling your own destiny. Not just carrying out or worse, waiting for orders even as you see the competition go ahead. It is a big difference.”

It certainly seems to have made a big difference to Vineet Taneja on a personal as well as a professional level. The man many considered “arrogant” is now much more accessible. One does not need to fix an appointment to talk to him at an event – he is just as likely to wander over to you to “have a word.” And while he would have shrugged way brand or product criticism during his days at Samsung and Nokia, he now hears us through, and even concedes errors and mistakes. For instance, when queried about what many consider Micromax’s Achilles Heel – the service and support – he conceded that the company should have done more. “We just grew too fast. We should have backed it up with better and more after sales service and support,” he said. “This is why we are working on providing on-the-doorstep service in the coming days.”

But if the man smiles more often, he has lost none of his feisty approach when it comes to referring to the competition. At the launch of the Canvas Sliver 5, which was promoted as the thinnest smartphone in the world, he demonstrated the thinness of the device by dropping it through a narrow slit in a glass box, through which other phones could not pass. “This is a phone by some company from China. G something…” he remarked, even as the crowd burst into giggles. And when it came to weighing the device, he placed the Canvas Sliver 5 on one side of the scale…and an apple (the fruit) on the other. “It is lighter than an apple,” he announced deadpan. And then promptly lifted up the apple and chewed a massive chunk out of it, before replacing it in the scale. “It is STILL lighter than an apple,” he said, between chews. Any talk of the competition is still met with a response on the lines of “we sell more in a week than they do in a month.” And there can be no doubting that particular statistic – in spite of the arrival of a number of competitors, some of them very high profile and more often than not claiming to offer devices with better specifications at relatively low prices, Micromax continues to hold its own. And is releasing devices at a stunning frequency. “It is a big country,” Taneja explained when asked about the frequent product releases. “There are different people with different needs. We need lots of different devices to meet them.” It is an approach that seems to be working.

In the seventies and eighties, the Indian cricket team used to depend heavily on Sunil Gavaskar for runs. A failure would inevitably consign the team to defeat. This resulted in Gavaskar himself becoming a very cautious and careful player for most of the time between 1975-1985, preferring to err on the side of caution. His utterances were careful and his presence on the field was almost always marked by a look of intense concentration. However, in the period from 1985-87, he seemed to have come to terms with himself and suddenly rediscovered the joy of attacking and just having fun. The smiles flowed, opponents were playfully clowned at, and best of all, the runs kept coming. A cricket writer called it “Sunny’s Indian Summer” referring to the man’s ability to reinvent himself at a time when most people would have been too scared to change, especially when what existed had already worked.

Replace Sunil Gavaskar with Vineet Taneja, and one gets the same feeling. You would have thought that the man had pretty much seen it all – Lever, Airtel, Samsung, Nokia – and would have become the cautious, careful professional that most of his contemporaries have become. Far from it. Vineet Taneja has never been more animated and more full of life. He has been in this position before in other companies. But never has he seemed to enjoy battle as he does today. He is a man having fun. And it is infectious.

Like Sunny Gavaskar, he is having an Indian summer.

That is good news for Micromax. And reason for concern for the competition. The critics might be saying that he is in the evening of his career, but if that is so, he is ensuring that the sunlight is still golden.

He has been there. He has done that. And he is by no means done. Yet.

As the man himself told us at the launch of the Sliver 5, with another burst of laughter: “How do they say it: you ain’t seen anything yet, baby!”