Facebook owned popular messaging app, WhatsApp, has got a brand new useful feature addition. Users will now be able to “star” a message. This essentially means, the users will be able to bookmark any photo, video or text message, and get to see them in a new section under the profile called “Starred Messages“. This new feature has been added on iOS in version 2.12.7, while Android, Windows Phone and other users might have to wait a little longer. 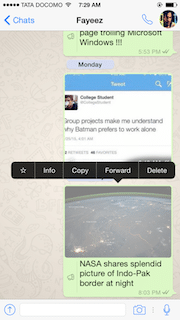 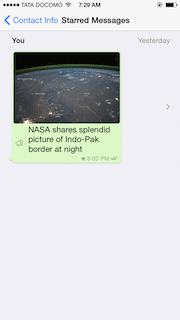 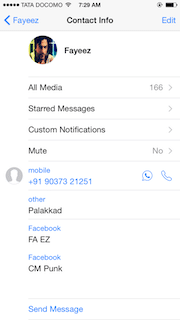 WhatsApp has been extremely slow in adding useful new features in comparison to the competition. They recently added the WhatsApp Web feature which has been around for a while on Telegram and other messaging apps. No wonder we have so many unofficial WhatsApp apps which promise additional functionality (and were recently banned by WhatsApp).

The new bookmarking feature can be mighty useful to filter out those special and important messages from plethora of messages that flow in a typical WhatsApp group. The default search works quite well when it comes to text messages, but starring photos, videos and audio can be extremely handy.

Surprisingly, the new feature has been rolled out to iOS users first and not Android. Usually, the beta version of WhatsApp gets the new feature first on Android, and we don’t see that yet. We have reached out to WhatsApp to know if and when the feature will be added to the Android app as well.

TechPP is supported by our audience. We may earn affiliate commissions from buying links on this site.
Read Next
Alert! You’re Hiding Sensitive Information From Your Images on iPhone W...
#ios #WhatsApp