Home automation is touted as the next big thing and the fact that companies are coming out with a slew of interconnected and smart devices is helping to foster the ecosystem. Not very long from now, we would be seeing entire house controlled by a single device tagged along with an app that could let you do virtually control the home, remotely. 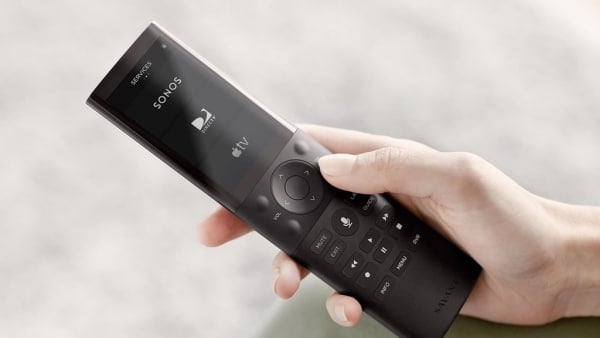 The smart-home ecosystem as of now is a tad bit scattered and we do need several devices to control the in home gadgets and this calls for a need to aggregate all the features into a one single device and make it into the Nucleus of the house. Hubs are the devices which would bridge the gap between interconnected devices allowing users to control the devices singularly.

The Hubs are nothing new infact smart home systems like WeMo, Wink Hub and SmartThings have been doing rounds in the market and the best part is that it is affordable. This is the scene where Savant, a ten year old company that specializes in selling professional installations required to control blinds, music, lights, blinds and security systems across many homes.

The thing with Savant is that they have been laser focused on the premium segment of the home automation and have been selling the same for the richest since years. But this time around, the company seems to have deviated from its target audience and instead has come up with a $500 self-installation kit and it does come with a swanky remote control.

The Savant Host Hub comes clad in a brushed aluminium finish and it does come with a usual smartphone app which will let you control everything at a touch of a button, however the remote we just talked about is all set to become the USP of this product. The remote not only looks cool but seems to be high on the functionality front as well. The first half of the remote is fitted with a color touchscreen and this will give you the access to cable Tv stations, Sonos, Roku, Apple TV, lamps and also gaming consoles. Additionally, it also comes with a backlit button and a directional track pad, which is good but the real dope comes in the form of an accelerometer which wakes up the remote once you pick it and it can also be used as a controller for games.

Host Hub also boasts of a highly accurate voice command feature which is always on, if you want to watch your favorite show on a particular channel than pick it up and just say “HBO” the system will not just wake up your TV but also jump to the channel. The company claims that unlike other voice activated devices the Host Hub doesn’t have a “Miss and Hit” approach.

The UI of the touch screen we talked about earlier is designed such that it displays three main pages, one lists the favourite channels, the second one lists the devices connected and the third one renders a list of “scenes” that have been preset using the app. The remote is quiet a stunner and the credit goes to Ammunition Design, the same design studio responsible for Obi phones. The remote connects with the Hub via Bluetooth. Savant won’t support all the devices per say and instead will support the best possible support for the compatible devices, that being said the company claims that it will extend the support for the devices gradually.

The Savant Host Hub is trying to provide an extra layer of well implemented feature as compared to its competitors and this will be the USP of the Hub. The catch however is that if you get a different hub than you will miss out on the Smart Hub, for example the Savant won’t support Philips Hue without an additional adapter. The $500 package includes IR Blaster and a lamp controller and although its “cheap” by Savants standards it is still highly priced as compared to its competition.

Best Smart Faucets You can Buy in 2022: Go Touchless and Smart!
Read Next
Source: Wired