Obi, the company which has the legendary John Sculley (Yes, yes, He-Who-Sacked-Steve-Jobs-At-Apple!) as one of its founders, has made its official return to the Indian market after a brief sabbatical. Unlike its past endeavour, which it conceded had been marked by phones manufactured by a third party (yes, in China) and stamped with the Obi brandname, this time the company has gone with an all new design which it claims is very much its own and is as un-Chinese as they come.

The first phone marking Obi’s new coming in India is the SF1, the initials standing for San Francisco, where the phone has been designed (very much the un-China this is). And yes, it just takes a glance for you to realise that it is pretty much unlike anything out there in the phone looks department. 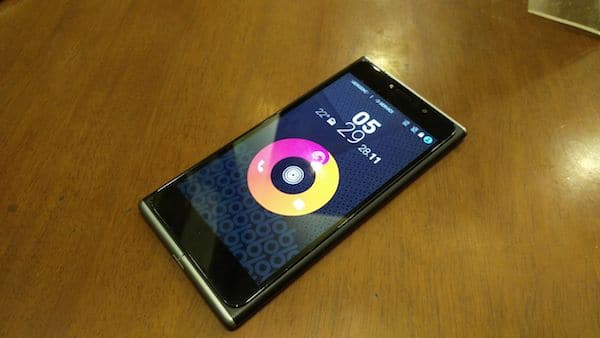 Whether you actually LIKE the look is going to be a matter of opinion, though. The SF1 comes with a 5.0-inch full HD display, which gives it a pixel density of 443 ppi. But what makes the display stand out – literally – is the way in which it is placed. No, it is not flush against the body of the body but seems to instead placed on top of it, almost like a raised platform, with its rounded corners pointing towards the slightly sharper ones of the main phone body – Obi calls this a “floating display“. No, this does not make the display more susceptible to breaking for it is very gently recessed inside a frame that borders it every so slightly – you have to touch it to realise it is there (incidentally the display is Gorilla Glass 4 with Oleophobic coating). It does look very different, but we wonder if the raised portion will become a difficult to clean reservoir for dust particles. Above the display is the earpiece speaker flanked by a 5.0-megapixel camera. 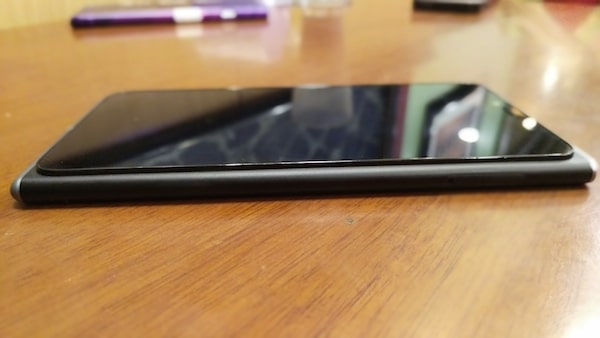 The build quality of the phone is again very different. You have metal accents at the top and the base, with the base holding dual speaker grilles and a micro USB port and the top having the 3.5 mm audio jack (in a manner that is a bit reminiscent of the Xiaomi Mi 3). The rest of the body seems to be made of high quality carbonate, which does not pick up fingerprints, with both the volume rocker and the power button rather unusually placed on the left, and the dual SIM card tray on the right. The back is greyish-black and has the 13.0-megapixel camera with a single flash. Although it is not removable, it has a pattern that seems to mirror the floating display on the front of the phone, only it is flush against the back.

The phone is 8 mm thin and at 146 mm is a bit longer than the very compact OnePlus X and Vibe S1, but feels very solidly built with no loose ends or rough patches. AT 146 grammes, it is not exactly featherweight but is not heavy either. If Obi were looking to give us a phone that looked and ‘felt’ different from the routine, they certainly have succeeded. As of now, we must say that while it does not have the sheer gorgeousness of the Vibe S1, the Obi SF1 is definitely not your routine phone in the looks department. 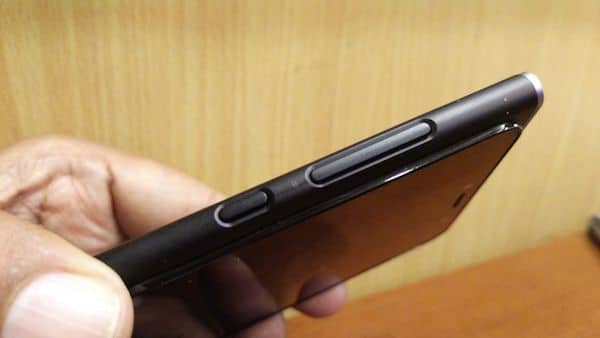 And it needs the design to stand out, for in terms of hardware, the Obi SF1 is respectable rather than outstanding. The SF1 comes in two flavours – one with 2 GB RAM and 16 GB storage, and another with 3 GB RAM and 32 GB storage, with both being expandable to 64 GB, using one of the SIM card slots for a memory card. The processor is the (in)famous Qualcomm Snapdragon 615, which like the 810, is a good performer but has literally been feeling the heat due to accusations of temperatures that soar. The display is a full HD one, connectivity options include 4G, Wi-Fi, GPS and Bluetooth, and the sensors include a gyroscope, proximity sensor, ambient light sensor and accelerometer. And running on the device is Android 5.0.2 layered with Obi’s Lifespeed UI. Keeping all this ticking is a 3000 mAh battery (the phone supports Quick charge 1.0). 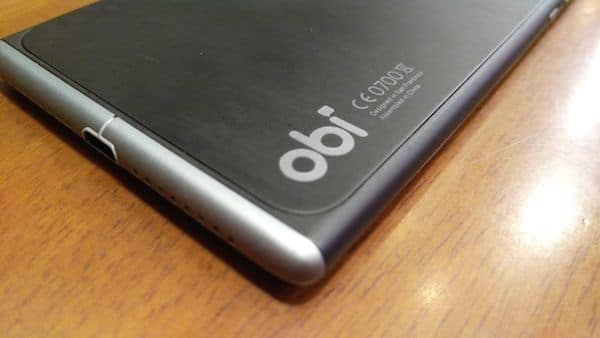 All this at a price of Rs 11,999 for the 2 GB/ 16 GB version and Rs 13,999 for the 3 GB/ 32 GB version. The cynics will remark that this is basically the Mi 4i’s spec sheet with expandable memory and a new design thrown into the mix. But given the performance of that device (read our review here), that is not really a bad thing. As of now, what we can say is that the Obi SF1 will make heads turn with its appearance. Whether it does so with its performance is something we will let you know in our review in the coming days.