Gionee has been real busy in the Indian market and we have seen a flurry of phones making their way via many different segments. And the “E” series has had its primary focus on the camera department. Remember the Elife E7 that came a couple of years ago? The one that had one of the best processors of its time in the form of Qualcomm Snapdragon 800? Yes we know the successrors typically take a gap of 12 months to arrive, but it took nearly two years for Gionee this time around – allow us to introduce you to the Gionee Elife E8.

Gionee has loaded this phone with some powerful interiors and gone the length to ensure it’s a good looking phone. And talking of length, that is probably the first thing that will manage to awe you – yes, it’s a tall phone with a 6” screen (packs a pixel density of 490ppi) that gets a bump into the 2K paradigm from the FHD screen that we saw on the E7. Holding this gorgeous screen is a shiny metallic frame (gold or gray-silver color options) that goes all around and has the perfect amount of rounding at the edges to ensure the phone does not poke your palm as you hold it, with both your hands most of the time – yes no matter what you do, you will have to bring in both the hands as you use this phone. To the right of the phone are the metallic buttons that provide very good tactile feedback – the power button, the volume rockers and making use all the real estate will be a dedicated camera button. The 3.5 mm audio jack sits pretty in the middle of the top portion and we cannot tell you how much we appreciate it when the placement is at the center. Back of the phone is full of action – a 24 MP camera with an iconic orange rim around it, with dual tone LED flash and a fingerprint scanner that works so well. The branding and the dual-speaker grille succeed the camera. 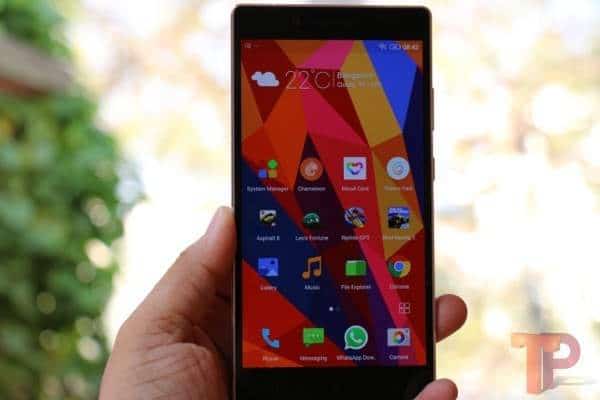 With the right amount of curvature in its profile the E8 has a thickness of 9.6 mm and weighs a healthy 214 gms. The non-slippery, non-glossy plastic back and a good amount of cutout on the finger print scanner help towards holding and using the device. Couple of gripes here – the capacitive buttons on the front are not backlit which is a shame for a phone touted as company’s flagship offering, and those bezels are way too big considering the other 6-inch+ competition – the Qiku Q Terra (check image below) and LeEco Le Max.

As much as the look and feel of the phone would get you going wow, the interiors too pack a punch. A Mediatek Helio X10 octacore processor clocked at 2GHz accompanied by 3 GB of RAM and 64 GB of internal memory that can be expanded upto 128 GB – all of these will be powered up by a massive 3500 mAh battery that will ensure the Amigo UI 3.1 built off Android Lollipop 5.1 will run smooth. And in our experience it did perform well. 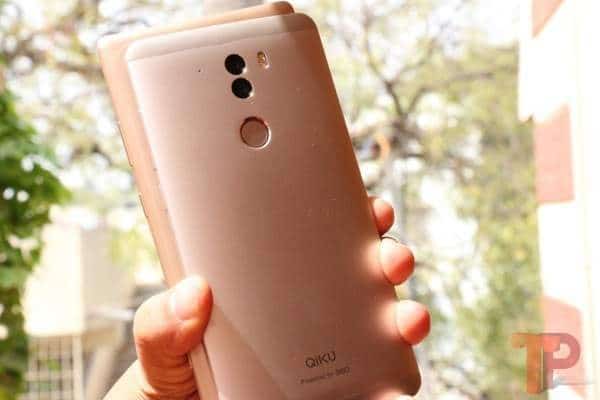 Amigo UI is colorful, vibrant, feature rich and more than anything, it works well. Very well in fact. We are happy to see how it has been improving with every iteration though we hate the fact that there are tons of preloaded apps that make their way into the phone. There are instances where the phone tries to have a dialog with you – Gionee has preloaded some images for the lockscreen that come with tiny phrases that captures the tone and mood that go along. If you’re bored, keep swiping and you will find more such interesting images with poetic lines giving it all a nice touch. Once you unlock the screen you’re welcomed by a vibrant set of icons and a rather unconventional way to enter into the app drawer. The trigger point to the app drawer is to the right side of the screen just about the bottom most row of icons and at times one may end up tapping an app when they attempt to get into the app drawer but after a while we got used to it. The “Chameleon” app can be used to capture couple of colors which later is applied to the theme very elegantly. System manager app has tons of options within it to manage RAM, security and other permissions. And the Themes store has so many well designed themes in them that we see someone catching up with the MIUI Theme store.

There is something interesting with the themes. Consider you are on theme A and you arrange your icons in specific positions. Now apply another theme say B, you will find the icons in their original position which you can re-arrange in a different way. Go back to theme A and you will find the other positioning intact. We loved this as this will be found useful by many who love to dive deep into customization and personalization. The settings menu holds tons and tons of options all neatly laid out against colorful icons. We loved the option that allows one to change the fonts and there are some pretty good fonts available! 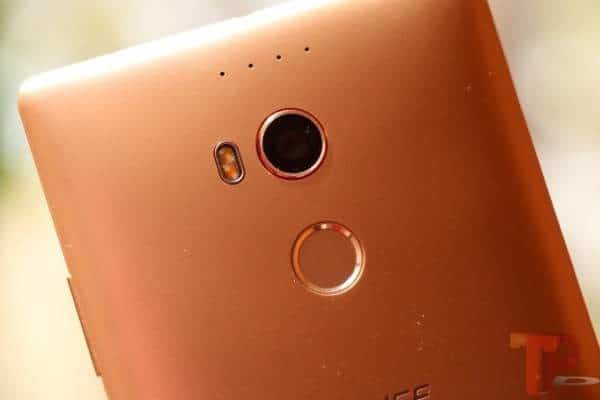 So the big screen, vibrant UI, and a monstrous battery – a good recipe for diving into multimedia and gaming. And if you’re planning to put the E8 through some intensive gaming you will need to know the following:

As you game, the battery drains much faster than usual. And talking of battery, for a big phone that the E8 is with the AMOLED display, you can expect somewhere around 4 hours of screen on time which in fact is just about decent if not bad. If you’re slightly careful, you can get it through the way with light-medium intensity usage pattern. 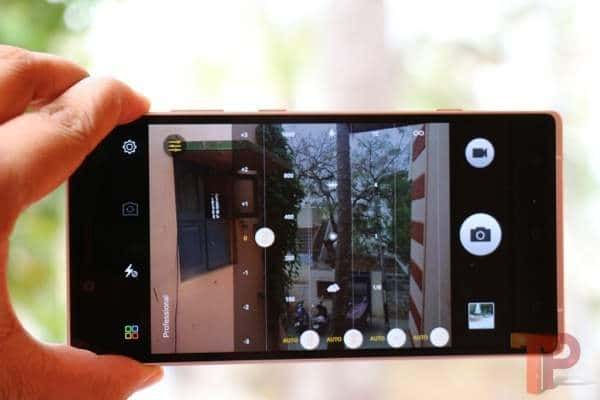 Fret not because we now have some good news as we transit to the camera, after all that is what the E8 is all about! A monstrous 24 MP camera with bigger pixel support, a dual LED flash and ability to shoot at f/2.0 aperture will ensure you get some stunning shots in day light and artificial lighting conditions. What more when you have a feature rich camera app that holds tons of options in it ranging from HDR to Panorama to some default filters. If this is not enough, you can get onto the overdrive mode by enabling the anti-shake mode that will fill up for a lack of optical image stabilization and also a uber cool ultra-pixel mode that will let you click pictures at 120MP. There in one area where the E8 is highly inconsistent – handling exposure. Pictures taken of the same frame under same mode gets a varied output but thankfully E8 has the PRO mode that will let you change the settings as if you were on a DSLR. Still hands or a tri-pod along with this mode can bring out some stunning pictures. The HDR is super snappy and this is something that we have not seen in any of the recent smartphones that we’ve used. With ability to shoot 4K videos the video department does a great job too. And the front camera does some good clicks in daylight without any gimmicks. 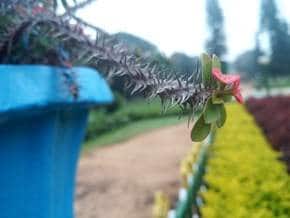 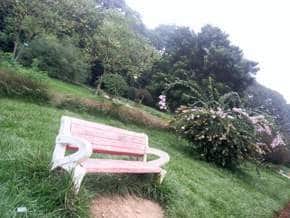 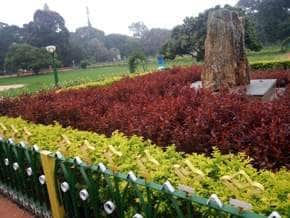 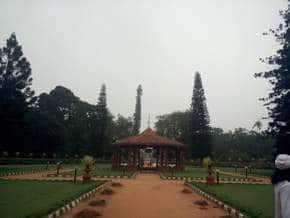 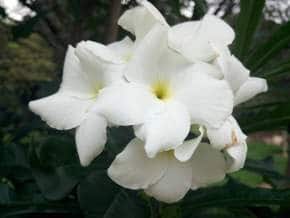 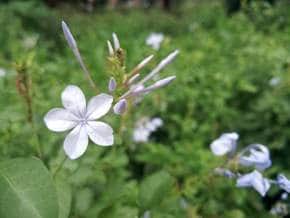 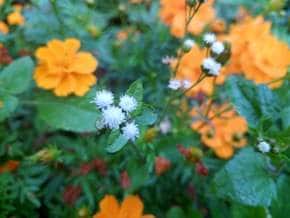 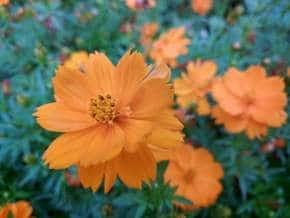 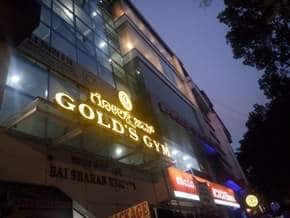 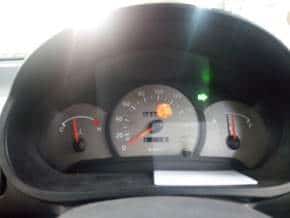 Performance around other areas like call quality, signal reception, finger print scanner, extreme power saving mode went through without any complaints. All of this adds a great value to a phone that it pitched as a camera centric phone while the other functions work very well complimenting that.

So do we recommend the Gionee Elife E8? Let’s put it this way – if you’re someone who is crazy about clicking pictures and get delighted viewing them on a massive, vibrant display on a phone that packs a decent battery life and a consistently well performing finger print scanner, but wont mind that phone oozing out of your pocket, won’t mind using both the hands most of the times – then go for it! But the core problem of Gionee Elife E8 is that it has ONE standout feature – its camera – but being such a large device, it isn’t ‘pocketable’ or ‘handy’ to use it as your sole camera while traveling. 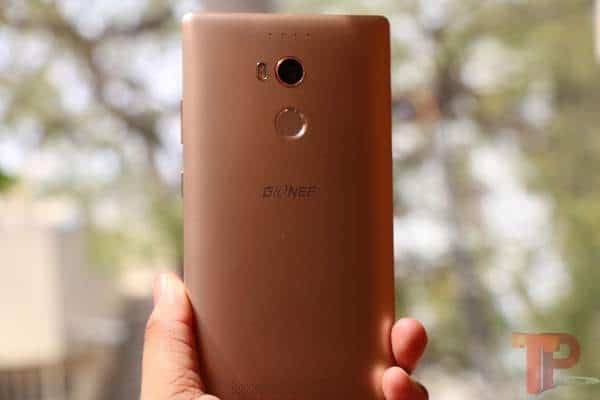 Every phone comes with issues, so does the E8, but the pros clearly outweigh the cons IF you don’t mind the big size display. Amigo UI has come a long way in becoming a stable operating system. While you’re at making a decision, Rs 34,999 is the price and that is the only thing that may come in your way. Nexus 6P, OnePlus 2, Honor 7, Lenovo Vibe Shot, LeEco Le Max, Asus ZenFone Zoom and such also deliver some stunning camera abilities and have their own strengths and you should probably consider them as well.

Was this article helpful?
YesNo
TechPP is supported by our audience. We may earn affiliate commissions from buying links on this site.
#Gionee #Gionee Elife E8