Gaming – this is something that cuts across almost all age groups and as you go through the days, addiction gets to you. And when that happens, the demand for a more immersive experience is what you yearn for. Gaming on laptops is one of the most convenient ways especially when you’re multi-tasking and want to take a break or need something that is portable. Dell’s Alienware is a well-established line of gaming laptops and taking on such is one such offering from ASUS centred around gaming and at an affordable cost – the ASUS R510JX. When it’s about gaming, the performance has to meet the high expectations and demands. So does the R510JX meet those? Read on. 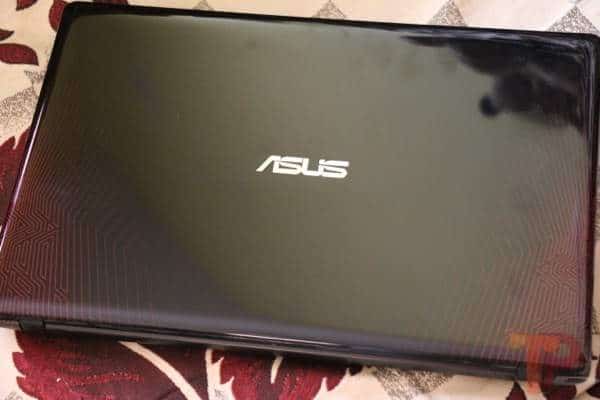 Unwrapping the box which is well packed, you’re welcomed with a relatively heavy unit weighing close to 2.5 kilograms. The red lines which ASUS calls the “Mayan” design is the first thing you will notice, apart from the very shiny, glossy slippery top. Over a period of time as you use the laptop, this surface will catch a lot of fingerprints and dust and is highly prone to smudges forcing you to constantly clean it up. Thankfully this does not translate to the portions which you will use the most – the screen and the keyboard. Opening the top you will find fully matte finished surfaces, one that will hold a 15.6” display and the other that will hold the keyboard with a huge real estate for your palms to rest as you work on the keyboard and the touch pad. The screen is a Full HD display packing in 1920 * 1080 pixels overall and comes with anti-glare technology, ensuring it’s very soft on your eyes which is much needed for elongated periods of gaming. We appreciated this a lot throughout our usage. But the screen has certain drawbacks and they are a real bummer. The viewing angles are terrible and the R510JX demands you to be parallel to the screen – thanks to the lack of IPS technology on the display. This could be truly disadvantageous in cases where multiple people have huddled around the laptop.

The keyboard is made off one piece and has the text colored in red. Well-spaced, good on the feedback and appropriately located keys for minimal re-learning are the areas where the R510JX scores. But there is one major drawback – the keys are not backlit. Given the fact that the text on the keys are red and not backlit, using it in the slightest of dim light conditions is such a pain unless your fingers are programmed really good. This also means that game addicts will have a nightmare when they want to continue gaming all tucked up in the bed and want to doze off as they finish up the gaming in wee hours – this is most likely to occur especially if you’re into multi player on-line gaming. We found ourselves in such situations and were tempted to bring in a miner’s cap that has some LEDs studded on it – no kidding. Where it shines is the oversized multipoint touch pad – one of the best we’ve seen. The entire keyboard unit is supported by IceCool technology that ensures your palms never face the heat. 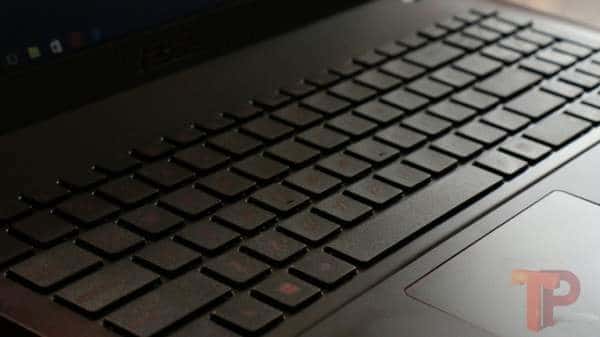 Interiors is where the R510JX packs lots of punches. An Intel Core i7 4720HQ clocked at 2.6 GHz accompanied by 8GB DDR3L of RAM and a GPU comprising of NVIDIA GeForce 950M with 2GB RAM. And a good 1TB of HDD storage ensuring you can store massive amounts of data and install heavy games on the machine. The operating system is the Windows 10 and we did not find any hints of struggle with heavy multitasking and during tons of high end games that we threw at it. On our PCMark 8 tests, it scored 3080 in one instance and 3120 in another. And on 3D Mark Vantage test, it scored 10,425. This is certainly a respectable score if not hitting it out of the park. We tested the following games in the medium to high graphics settings and did elongated periods of gaming: 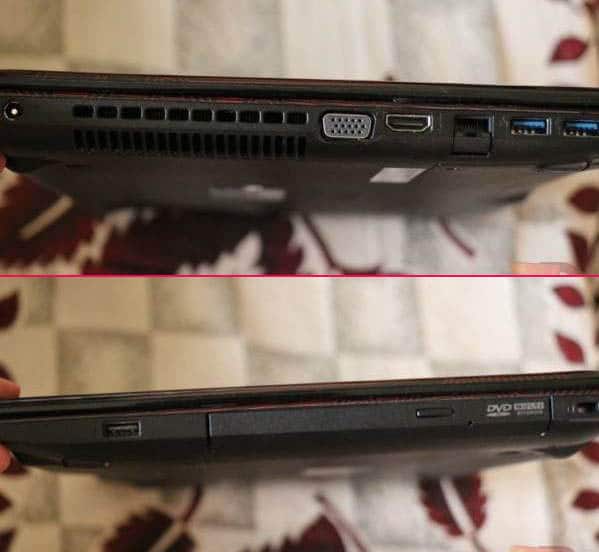 While the Need For Speed Most Wanted and Grand Theft Auto V posed no problems for the R510JX, rest of games during long durations did have occasional stutters and frame drops. The sound output on the speakers is not the best we have seen and the poor choice of positioning it below the keyboard doesn’t help either and may be this is why in spite of SonicMaster technology, the sound output leaves you with a little more desire. However when we plugged in some JBL T250SI headphones, the output was phenomenal. But when you’re gaming on a laptop, it’s a far more immersive experience if the output via the loudspeakers were pristine – you don’t want to be plugged into the headphones that would pain your ears after long hours of usage.

We did experience warming to certain levels (hovering around the 40-44 degrees C) of the keyboard, but there was never a moment where the R510JX showed signs of fuming up which indicates a very good heat taming mechanism in place. But where is discouraging is rapid battery discharge. We never managed to keep the laptop alive for more than 2.45 hours, and found ourselves running towards the charger. Which also brings to the fact that it’s bulky and heavy making it cumbersome to use. 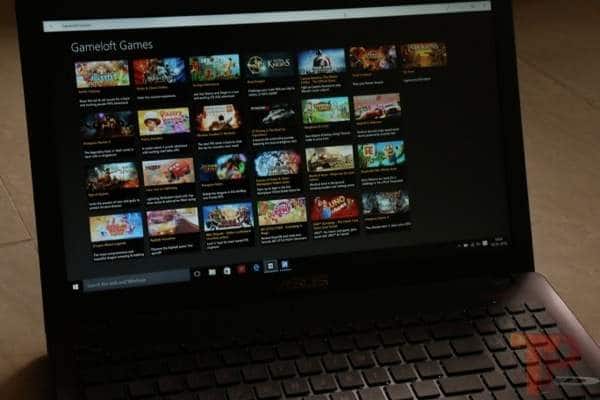 With handy options like DVD-RW, two USB 3.0 ports, HDMI ports, decent performance for mid-high end gaming, latest version of Windows on-board, good ability to control heating and very good combination of a processor, GPU and Graphics unit, makes the ASUS R510JX a good buy at around Rs 65,000 for someone who has just started their venture into the gaming world and also for some who are not grown into amateurs yet. The lack of backlit keyboard, mediocre build quality, slippery smudge prone top and a below average battery performance is what lets it down but may be that is the trade off one has to make for the price. If you were to shell out more cash, you can perhaps look at the ASUS Republic of Gamers (ROG) series and may be few more thousands can get you into the Dell Alienware which is a good long term investment. But for starters, Asus R510JX is well worth a consideration.

Was this article helpful?
YesNo
TechPP is supported by our audience. We may earn affiliate commissions from buying links on this site.
Read Next
Nothing Phone (1) Review: Nothing like Anything Out There
#Asus R510JX #gaming #laptop #review