Sony has been lately struggling in the smartphone market, their latest flagships failed to impress the crowd and their budget handsets are in a serious need of an upgrade. However, they are a big deal when it comes to camera hardware which is widely consumed by Apple, Samsung and a lot of OEMs. Today, they are extending their sensor lineup with a cheaper and compact module, the new IMX318 CMOS Exmor RS image sensor. 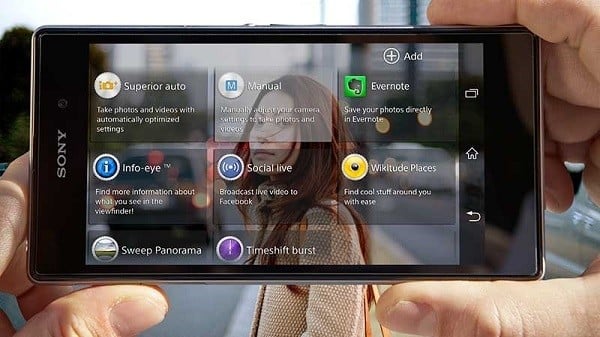 The IMX318 is the first mobile 1/2.6-inch stacked CMOS sensor with inbuilt hybrid autofocus capable of locking focus in 0.03 seconds and 3-axis electronic image stabilization. It has a maximum resolution of 22.5-megapixels (5488 x 4112-pixel count) and Sony says that the IMX318 will start shipping in May this year which falls just in line with the possible Xperia Z6 announcement (probably at IFA 2016).

Sony also mentions that the IMX318 is manufactured using the smallest unit pixels (measuring 1.0um) available, because of which the sensor is able to maintain a compact aesthetic. Despite the reduced size, Sony claims there will be no image quality drop, something which a lot of OEMs will be concerned about. To achieve that, Sony states that they’ve “employed a manufacturing technology that improves light utilisation efficiency, as well as circuit design technology that eliminates noise, a root cause of deterioration in image quality.”

Although, the main focus will be on the 3-Axis electronic image stabilization that will make use of the handset’s Gyro sensor and its own internal processing to save power compared to software processing in the external application processor. When it comes to videos, the sensor can focus as quick as 0.017 seconds during 60fps shooting which could become one of its selling point given the size. Moreover, the sensor can also correct lens distortion along with motion. Hopefully, Smartphones won’t have that extra bulge for the camera sensor if the IMX318 succeeds.

The IMX318 is a successor to the much-upraised IMX230 that was utilized in Sony’s Xperia Z5, a phone that is believed to sport one of the best cameras out there, as well as on other phones like Moto X Style and Moto X Force. We will find manufacturers using the new sensor later this year in smartphones as well as other devices including drones.

[App Blog] "Apple Was Too Scared to Acquire Me": A Crazy…
Mi Neckband Pro Review: Crazy value for money, and ANC as…
The Ultra gets spotlight, but the 11X and 11X Pro get "Crazy…
OnePlus 8T Review: A lot of Plus to the OnePlus 8!
Redmi Note 10 Review: The Most Note-ish Note of the Lot
The "All Apple Products are Crazy Expensive"...myth?