What you see is what you record, Sony has patented a new technology that would let you record what you see. The company was working towards creating a lens that can record what humans actually see while most of the others including Google were investing their efforts in readying a lens that would improve vision. The user can control the lens by using blinks to record the video as and when desired. 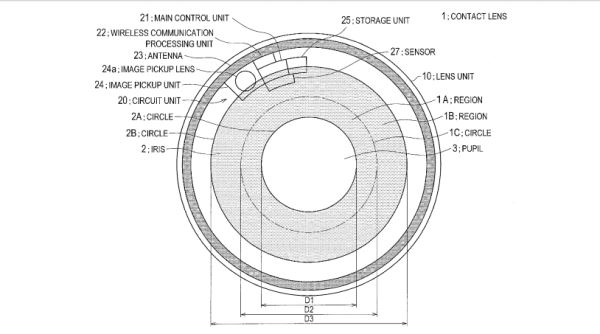 The lens is made up of sensors which thankfully are equipped with the innate capability of distinguishing between a voluntary and an involuntary blink. The technology would be covering the iris and it will harness power from the motion of the eyelids. This patent application surfaces just days after Google had applied for a patent with regards to a lens that could literally be injected into the eyes.

So since it’s just a concept it does come with its own ifs and buts. Technology still has to make the transit to a point wherein it would be easy to embed the chip in a lens along with the entire sensor setup. Although as of now the concept is still theoretic in nature it might shape up as an actual device.

I am unable to help but throw in a cross reference about an Episode in Black Mirror starring Robert Downey Jr, called “The Entire History of You”, which flawlessly explains how a similar technology becomes a part of human’s life in the future and the flavor of negativity it comes with. On a separate note it is good to see conglomerates working towards innovative ideas will help us shape the future and maybe 20 years from now this recording eye might not sound as ridiculous as it does now.

TechPP is supported by our audience. We may earn affiliate commissions from buying links on this site.
Read Next
Sony WH-1000XM5 Review: Bettering the Best
#Patent #Sony