Chromebooks run ChromeOS. This is a lightweight web-based operating system centered on the Google Chrome web browser. It works like a normal computer operating system with some added benefits, such as running Android and Linux applications in some cases.

There are several built-in features in ChromeOS that make it a versatile operating system. One of these features is the screen recording option, which allows you to record all or part of your screen. In this article, we will show you how to record your screen in ChromeOS.

Let us get started.

How to Record Your Screen in Chromebook

After you record your screen, you can even view, delete, and share the videos directly from the same page. We will show you how to do all that.

Let us start with the screen capture tool, which can be used on both touchscreens and regular Chromebooks. With this tool, you can access all the different screen capture options. We will discuss all of this in the next columns.

You can enable or disable the webcam and microphones in the screen recording settings when recording your screen. A red icon will appear in the taskbar followed by a countdown indicating that recording has started. You can tap the same icon to stop recording. 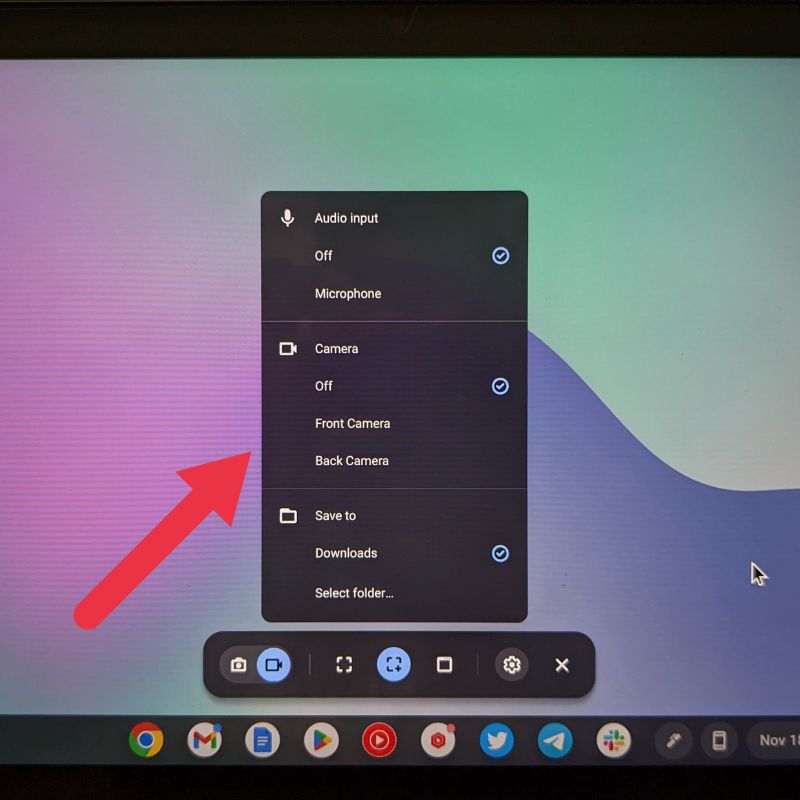 Steps to Record Your Screen on ChromeOS With Keyboard Shortcuts 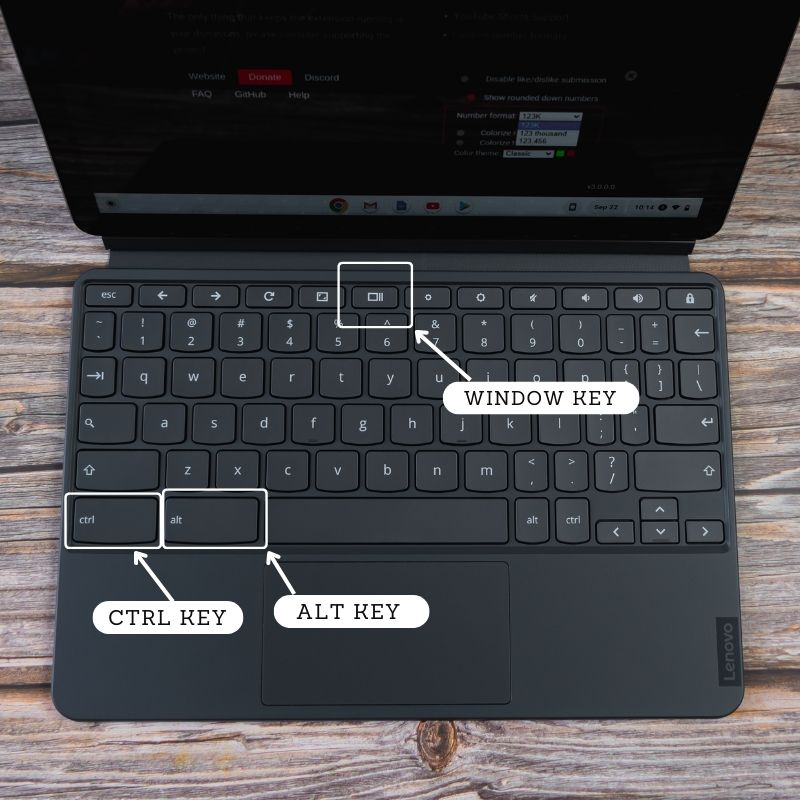 A red icon will pop up on the taskbar, followed by a countdown, indicating that the recording has started. You can tap on the same icon to stop the recording. 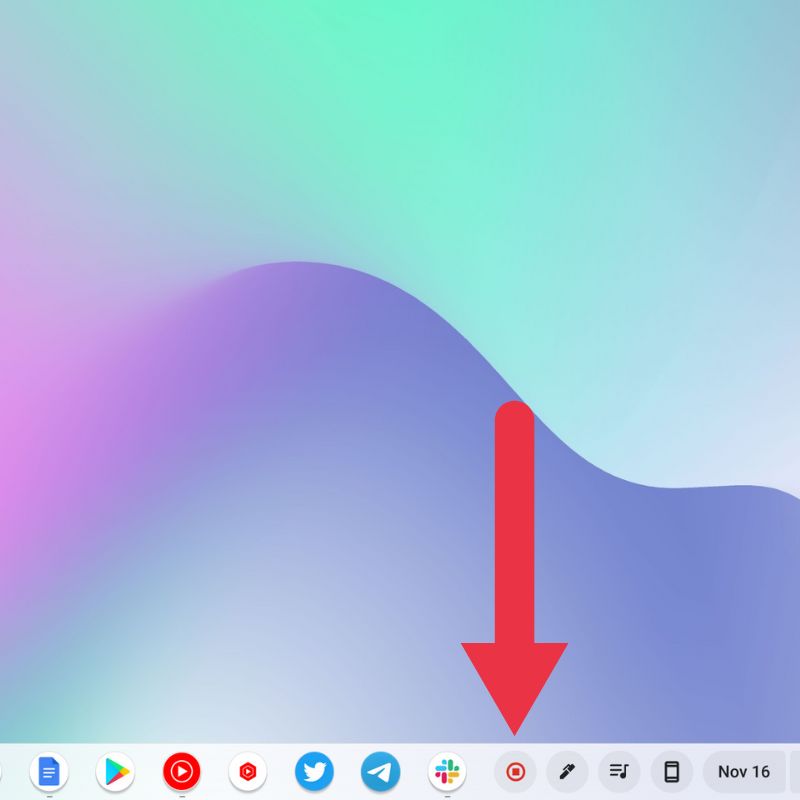 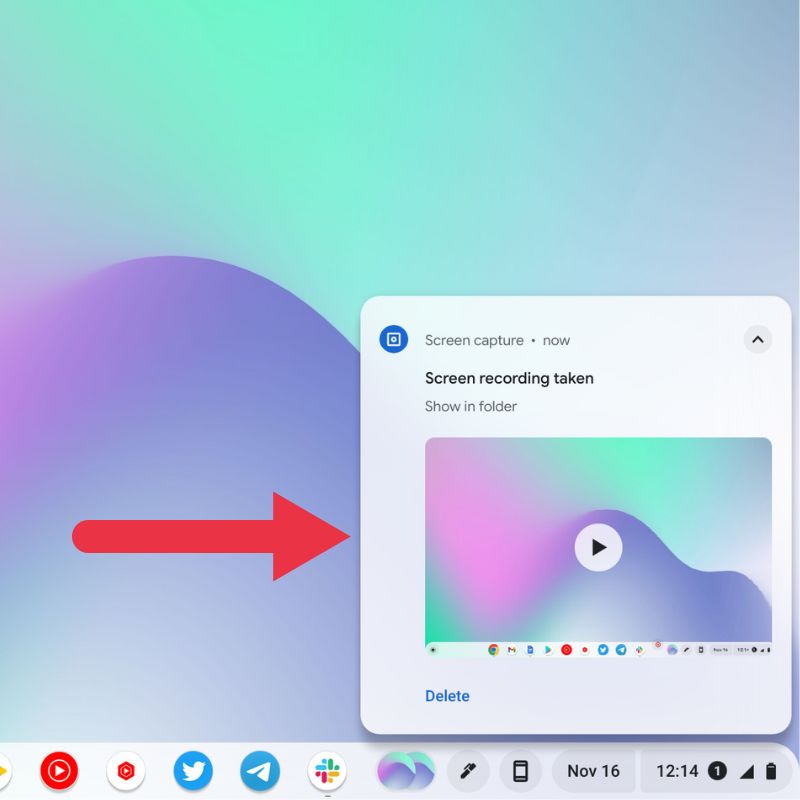 Steps to Start a Screen Recording on ChromeOS With Stylus

You can choose to enable or disable the webcam and the mics from the screen capture settings when recording your screen. A red icon will pop up on the taskbar, followed by a countdown, indicating that the recording has started. You can tap on the same icon to stop the recording.

Where to Find the Saved Screen Recordings

All the screen recordings that you capture are automatically saved to the “Downloads” folder on your Chromebook. This is the default location.

To access the Downloads folder, tap on the App Launcher icon in the bottom left corner of the taskbar. Then tap on the Files application icon to open it. Here, you will find the Downloads tab in the menu on the left side. Inside this folder, you can find all the screen recordings. 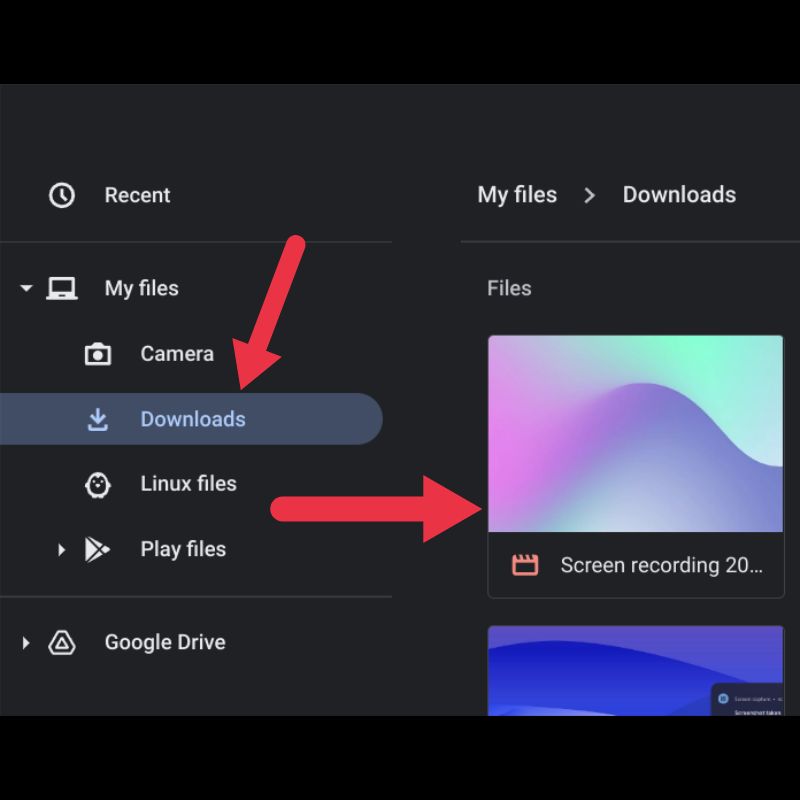 But you can also change the default location to anywhere that you want from the settings of the screen capture tool. 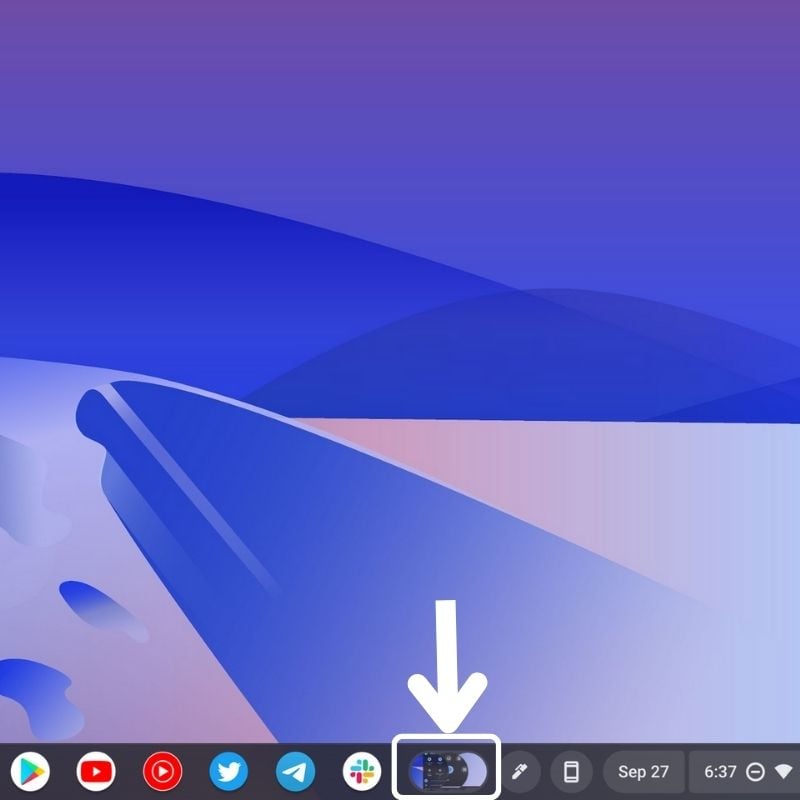 Easiest Way to Record Your Screen in ChromeOS

Recording your screen is not a difficult task in ChromeOS. By following the steps above, you can easily record your screen on your Chromebook and also share it with others. Screen recordings can be used in many ways to help you with your work.

I hope this article was helpful in some way. Let us know in the comments below if you have any other ChromeOS shortcuts in mind.

FAQs About Recording Your Screen on a Chromebook

Do we need a keyboard to enable screen recording on ChromeOS?

No, while using keyboard shortcuts is helpful (and recommended) to enable screen recording in ChromeOS, it is not mandatory. You can use the on-screen shortcuts to start a recording, and they will work just fine.

Where can we find the screen recordings after saving them on ChromeOS?

Can you screen record on Chromebook with audio?

How long can you screen record on a Chromebook?

There is no limit to the amount of screen recording you can do on Chromebooks. You can continue screen recording till the time you run out of space. It applies to both local storage and cloud storage.

Of course. All Chromebooks, including school Chromebooks, can record screens. Press Shift + Ctrl + Show windows. Select Screen record from the menu at the bottom. Choose the option to record the full screen.

School websites can detect screen recordings if they are made through browsers or tools such as plug-ins and extensions. A separate screen recording program like Hypercam will prevent websites from detecting your recordings.

Was this article helpful?
YesNo
TechPP is supported by our audience. We may earn affiliate commissions from buying links on this site.
Read Next
How to Split Screen on Chromebook [3 Easy Ways]
#Chromebook #ChromeOS #google #how to guide