While many companies out there are battling it out to win the war of smartphones on different fronts, we’ve reached a point where things are getting more predictable, demanding, customers spoilt for choices and few other things which are paving way to saturation in few years from now. We now see companies shifting the focus into another device which is more household in nature, something that an entire family can enjoy its benefits – Television! Or Smart TVs should we say. 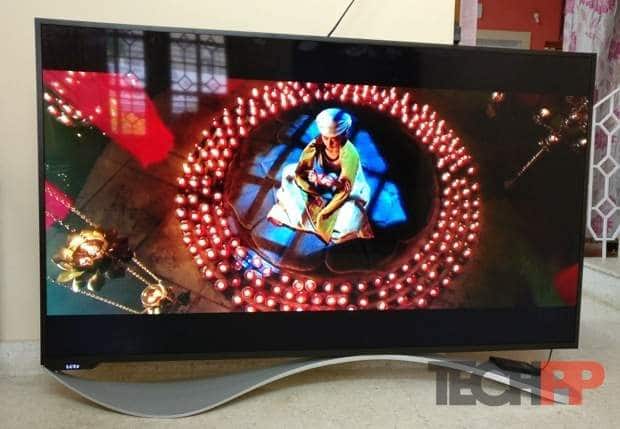 We’ve seen companies like Vu and Micromax do decently well in the last couple of years as they bring in some good TVs for prices that are almost half that of what the big players like Samsung, LG, Sony et all offer at. While Xiaomi is yet to bring its highly lucrative range of smart TVs to India, its arch rival LeEco has managed to land its fleet of smart TVs starting with the 3rd Generation of 55-inch and 65-inch 4K TVs. We had the chance to use the LeEco Super3 X65 UHD 4K TV for about two weeks now. We know some of you were at the edge of the seats waiting for the review to be out so you can make that decision to take the plunge or not! So here we go. 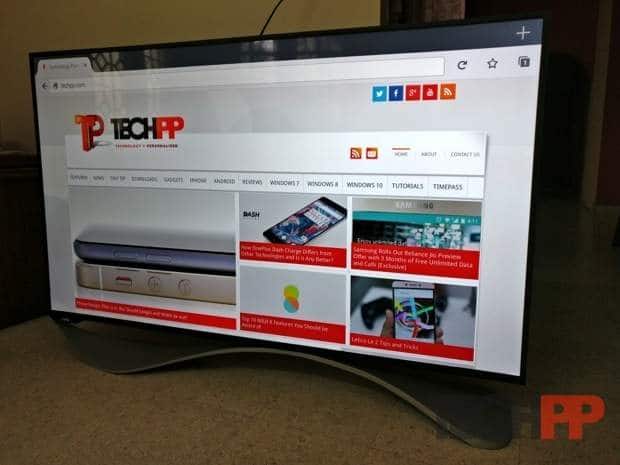 Though we at TechPP have been using Smart TVs since few years and have been keeping a tab on the developments that happen on that front, this is the first time ever we are doing an actual review of a Smart TV. So do feel free to use the comments section to ask us questions or let us know if you wanted us to test something in particular!

The Super3 X65 will run you down close to Rs 100,000 and straight off the back, the specifications look incredible. But let’s start by talking about the design and the form factor. The package comes with a huge 65” TV with a sinusoidal shaped stand which LeEco calls the “Yoga” design. While the TV itself reaches a healthy thickness of 49mm, there are portions around the edges that measure at just 10.9mm. The unit fits well into the curve shaped stand but the overall fitting doesn’t give you the feel of robustness. Even the slightest of push or nudge can topple the TV off, and thanks to its big size, the centre of gravity lies in a very tricky spot. That is why we recommend a wall mounting which can be done with the help of the technicians who are a call away. The combined weight of the TV and the stand is close to 30 kilograms and is quite easy to move around. 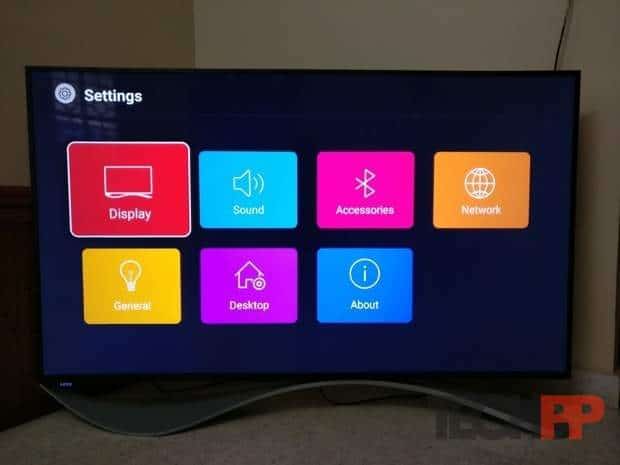 The display panel is virtually without the bezels and looks stunning. The LED packs a resolution of 3840 x 2160 pixels, a 4K UHD screen is what it is that holds an overall brightness of 350 nits. We were particularly impressed by the viewing angles that span across a healthy 178 degrees and there was negligible loss if you shifted angles even at extremes. The screen has a 85% NTSC color gamut and this can be particularly experienced in scenes that involves flames, fireworks, twilight skies and such. The colors pack a punch and allow for an immersive experience. We tried watching movies such as The Hobbit, Black Hawk Down, Lion King, Madagascar to name a few and could clearly tell the difference from a normal television. And if you want to tweak the display settings, there are options to toggle between modes such as Vivid, Contrast, Soft to suit your needs and the content being consumed. There were no glitches we observed when watching movies / videos itself and this is where we saw the MStar 6A928 4K chip work well with its company of four Cortex A17 cores clocked at 1.4 GHz and a Mali T760 GPU and 3GB of RAM.

The highlight also is the MACE-Pro4 UC and a 4K hardware decoder that deliver a good backoffice for the 4K content delivery. The 6A928 is one of the latest chips by MStar electronics which is also seen on some of Xiaomi’s 4K TVs as well.

Now the biggest question is how does all the picture quality compare with the big guns? Truth be told, it’s certainly not a wash out for the X65 which itself will be a commending fact. If you were to slap a Samsung 65 Ultra (JU series) or a Sony Bravia KD 65 series next to the LeTV X65, you can clearly tell the difference, but of course they come at more than twice the price which we can’t forget. We would have wished to put a Vu 4K TV which would’ve been a much fairer contest, but unfortunately we couldn’t. We did reach out to friends who had Vu TV and they confirmed similar experiences when they compared it with the Sonys and the Samsungs. While it is tempting to conclude that the X65 could be similar to Vu, we would refrain from making any judgments as we haven’t seen it ourselves.

A good overall experience is possible only with a good audio accompanying the video. The X65 has a maximum output of 20W and is powered by both Dolby and DTS Premium surround. LeEco has also put three speakers each for the left and right channels that make the Stereo 2.0 possible. It is also loaded with the 3D surround sound and smart volume controlling that adjusts the volume while you switch between different modes.

All of this on paper looks really good but when it comes to real life experience, it is nowhere close to what the Samsungs and the Sonys deliver. There are settings to toggle across different audio modes, but somehow the X65 will not deliver the kind of punch you’d expect. More often than not, the sound is flat and the treble lacks the sharpness and the bass lacks the punch. Having said that, we would still feel this is acceptable considering the price at which it comes. We will try reaching out to LeEco to see if there is a possibility to connect an external sound bar or something that can enhance the experience. Keeping aside the price factor, on a scale of 1 to 10, we would rate the overall audio experience at 5.5.

The ‘Smart’ in Smart TV 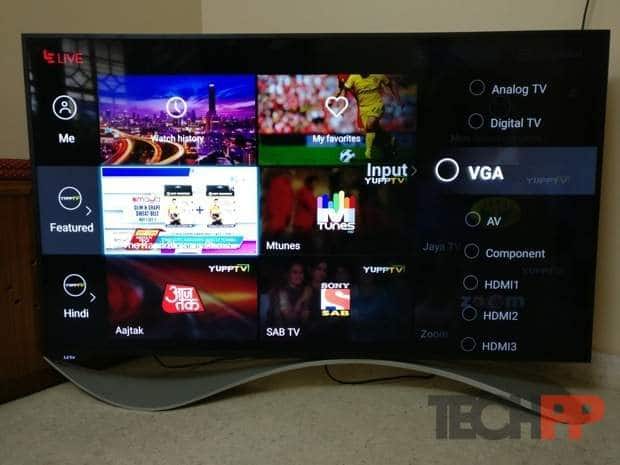 The X65 is powered by Android Lollipop with LeEco’s own EUI (Ecosystem UI) OS 5.8 on top. The overall OS is very simple to use with the usage divided into Input, Live and Apps. First up, you’d need to connect it to your WiFi connection and it’s simple and straight forward. While the Live mode will let you use most of the popular TV channels coming in from Yupp TV with whom LeEco have partnered with, the Apps mode will let you use Levidi which has movies and soap content coming in from EROS Bros entertainment. Both Yupp TV and EROS provide lots of regional content though they are restricted to few popular Indian languages. The Apps will require you to login with your LeTv Account and once done, you’d be able to download apps from the LeEco’s market.

Most of the popular apps are available but YouTube, Weather, File explorer, AirBuddy are pre-installed. Google Play is not pre-installed and it cannot be side loaded too as the TV did not allow for it. There is also an app that lets you clear all the cache/junk files and also monitor data usage, just like we do on the phones. AirBuddy lets you share contents from your phone to and from the TV and it worked well. You can also cast the screen of your phone onto the TV. There is also option to pair up Bluetooth devices and also use web cameras if you wanted to, though we’d have loved to see an integrated camera fitted at the top of the TV. There is also a History view that lists all that you’ve viewed recently and you can quickly fire up the content right from there. 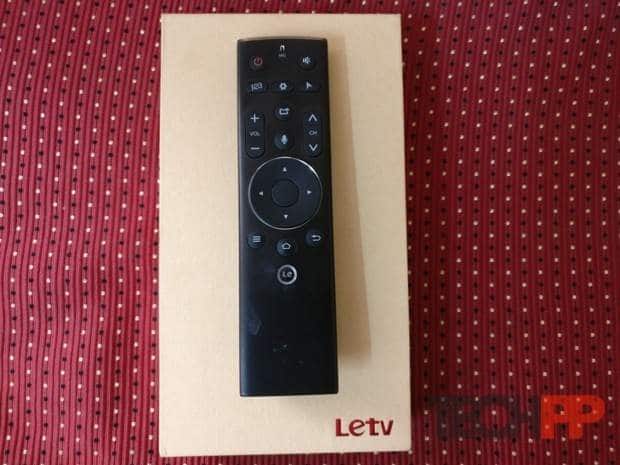 The smart remote works in conjunction with the software with some cool features. The Air Mouse for instance is our favourite feature. It makes it a whole lot easier to navigate and execute the actions by simply hovering over the screen. The movement of the mouse itself makes a rather irritating noise which thankfully can be turned off. The remote also lets you take screen shots in a single click. There is also a voice command button that takes in commands, but sadly this is not usable as the feature is being built (Chinese only for now). And then there is the standard D-pad for directions and options to control channels and volume.

While the EUI is simple, it seems as if LeEco hurried the release as there are too many bugs. There were at least two instances where the X65 demanded we re-login though we never logged out. Clicking on the “App” at the top at times directly launched Levidi while it just had to lead us to the App drawer and show us the list of apps available. These are totally random. Click the AirMouse button on the remote and the screen tells you there is an error and the option wouldn’t work, but the option just worked fine later on. Using YouTube was impossible if we had to search for a video as the keyboard wouldn’t come up and clicking the voice command told us that the feature was under development. And it also seems LeEco did a literal translation of their Chinese version of the OS as one can find grammatical errors in the messages and some spelling mistakes too – we forgive them on this, but all of this certainly wouldn’t help them in their quest to take on the big guns. 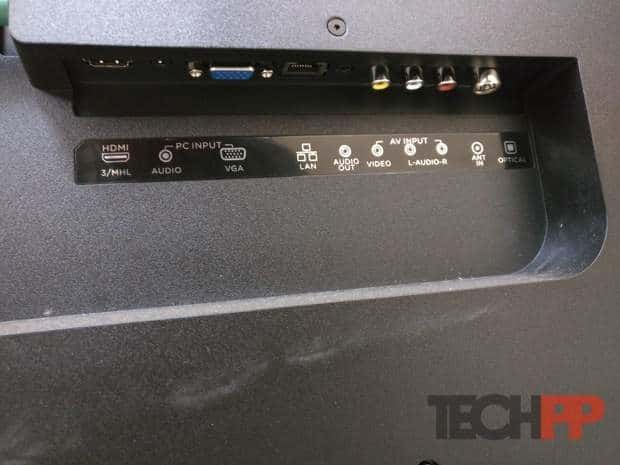 The LeEco X65 is very good when it comes to the range of inputs it can take – it has a direct SD card slot, 3 USB 2.0 slots and 3 HDMI ports that also include for ARC and MHL 2.0. It also has a YPbPr port and a slot for a direct LAN connection. Other standard ports include 3 audio and 1 VGA, one RF and one optical. All of these slots are distributed on the right and bottom sides of the rear panel and they are quite easy to reach as they are at the edges. Handling the ports will not be a problem even if you were to mount the TV on a wall. 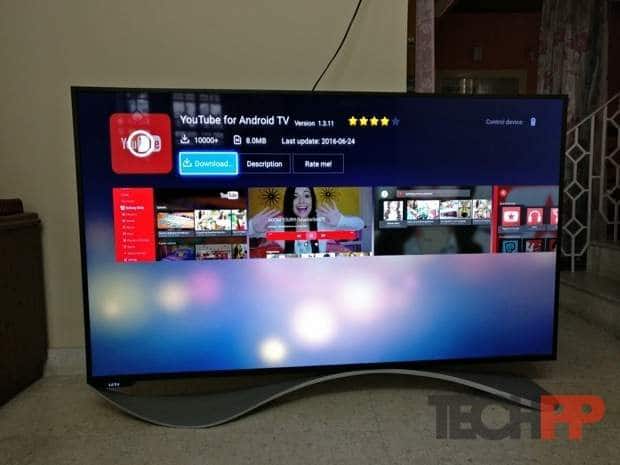 So what does all of this boil down to? Well, it has to come down to the price – at a price of Rs 99,790, there is no other option available out there that can provide what the X65 does. A very good build quality, slim design, range of ports and connection, two years worth of Levidi and Live content for free, very good Ultra HD 4K display – all of these together make a very strong case. But the LeEco X65 has its own shortcomings – the audio output at best is average as compared to the others out there inspite of Dolby Digital and DTS support. Gaming will not be as easy as on other TVs as the required sensors are missing. The software has few bugs and some isolated incidents of unpredictable behavior. YouTube and Live TV will only play upto Full HD / HD content which will restrict you to utilize the 4K screen and have you hunting down for actual (downloaded) 4K content. But the biggest gamble according to us will be the post sales service and availability of spares, which are still a question mark.

Also, keep an eye out for the Super3 X55 model which costs a good 40k less at Rs 59,970, without differing too much other than being slightly smaller. So while the pricing is unbeatable, be mindful of the possible negatives too. But if things work your way, it surely is a steal deal, as long as you’re ready to accommodate a monstrous TV in your house!