India has been always a focal point of Google’s efforts to reach out to the next Billion mobile users. However, internet caveats and bandwidth limitations have hindered their projects vastly when it comes to Android. Hence, today, at the ‘Google for India’ event in New Delhi, the search giant announced that it’ll be soon rolling out a data-efficient version of Play Store primarily for users relying on 2G networks. 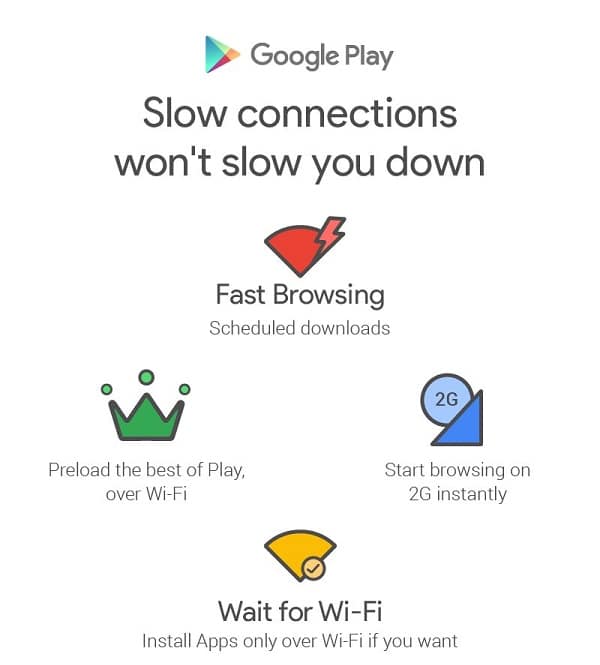 Along with the improved performance, Play Store will be updated bringing new experimental features such as “automatic download when WiFi is available”, “scheduled downloads”, and more. Furthermore, Google shared some interesting statistics revealing the ever-growing mobile Indian market which now constitutes about 300 Million smartphone and 350 Million internet users. Additionally, Google will be extending its WiFi services (which is currently available in 52 railway stations) to third-parties and businesses under the “Google Station” initiative. Moreover, the free Indic keyboard that lets you type in eleven regional languages aims to reach 400 Million users by the year 2020. 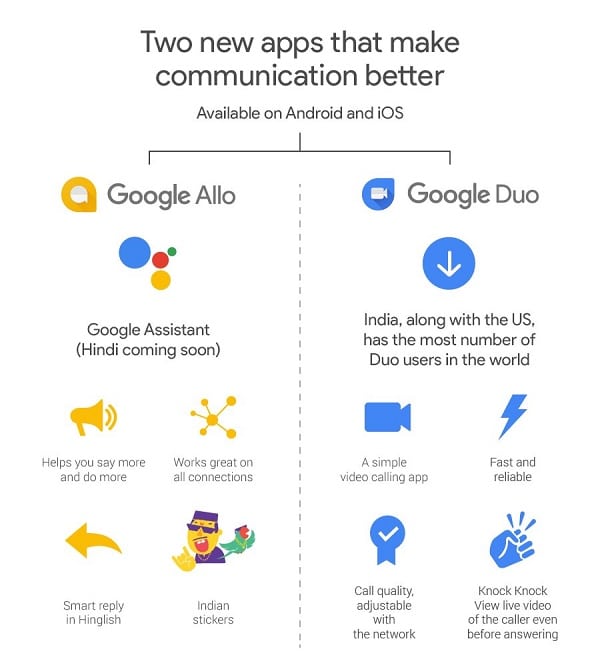 Google’s widely popular search will be also updated to empower local queries with Hindi voice search (such as “Baar Baar Dekho ke gaane”), all of which is possible through the Knowledge Graph that helps Google understand the entities and their respective relationships. Additionally, the company is working on bringing an offline mode to the search which if achieved, could be a substantial breakthrough. Google also revealed that after the United States, India has the highest users active on the “Duo” video calling application, about which I’m mostly not surprised given its incredible ability to function on poor connections. Allo, the Google Assistant powered chatting app, will be eventually available in Hindi. As of now, it already supports mild Hinglish  statements. By offering more India-specific features, Google’s services will definitely receive a substantial boost, let’s see when they actually roll out these improvements.

Was this article helpful?
YesNo
TechPP is supported by our audience. We may earn affiliate commissions from buying links on this site.
Read Next
How to Fix Google Chrome Translate Not Working
#android #google #india #Play Store