Microsoft has just unveiled a new All-in-One (AIO) desktop PC in the form of Surface Studio. After the Surface Pro series and the Surface Book that was launched last year, this is the latest hardware series from the company that aims to revolutionise the dying PC market. In fact, it’s their first real attempt at building a desktop of their own.

The Surface Studio apparently seems to be Microsoft’s take on the iMac. Precisely speaking, it builds upon a standard PC and integrates features that were so far limited to a laptop, and well that’s what Surface Studio is folks. The AIO from Microsoft comes with a 28-inch PixelSense LCD monitor which the company claims to be the thinnest available in the market. At 12.5mm it’s indeed remarkably slim. The Pixel Sense touchscreen LCD monitor is contained in an aluminum exposure and is said to output 13.5 million pixels. For stats, that’s about 63 percent more than a standard 4K television. 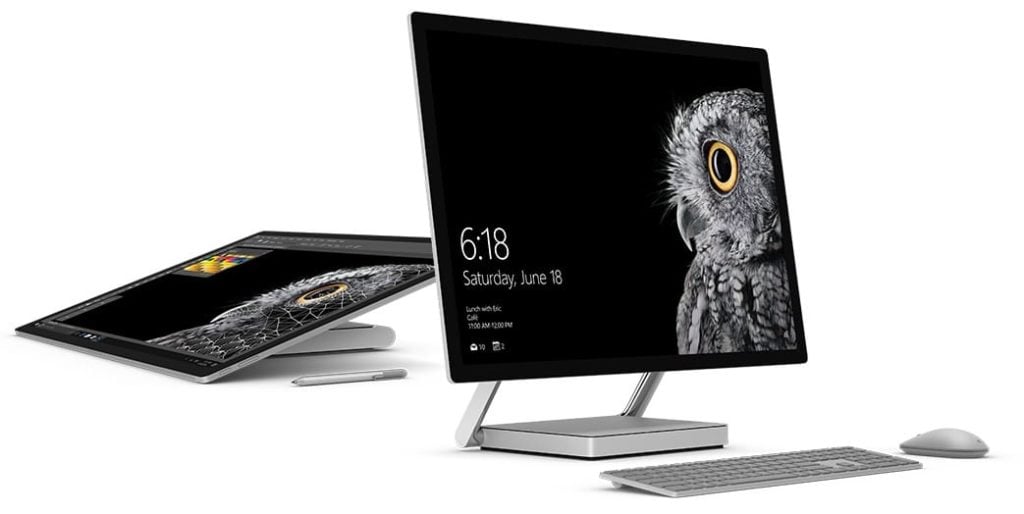 The large 28-inch display has an aspect ratio of 3:2 with 192 pixels per inch. Microsoft however, is clearly aiming their Surface Studio at creative artists as its LCD monitor comes with a True Colour technology that helps it to reproduce the exact color output. Well, this is very crucial for people in the field of photography or professional video editing. In fact, it can reproduce colors in either sRGB mode or in DCI-P3. 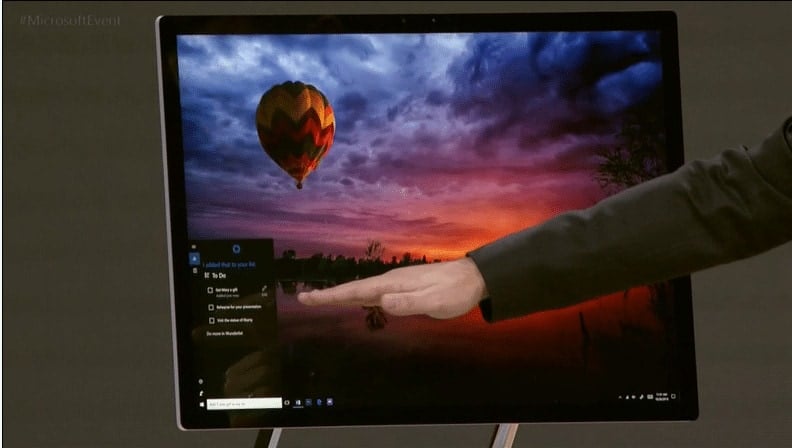 The Microsoft Surface Studio packs a Microphone array located at the top of the 28-inch PixelSense display that comes in handy while using Cortana. This kind of implementation wasn’t really seen in a desktop PC before. To make things even easier, the Microphone array will stay on even when your display is turned off. So you can basically shout it out to Cortana from any corner of the room and she is always there for you listening with her full attention. That aside, the LCD monitor packs a Surface HD camera located just below the microphone array that apparently eases video calls on PC. It also makes use of Windows Hello to provide a holistic Windows 10 experience to its users.

That said, Microsoft has always done something new with their Surface devices, and well that’s the same with the Surface Studio. This AIO desktop can fold down to lie almost flat on a table when pressed on the upper part of the monitor. In short, it turns into a ‘Studio’, as that’s what Microsoft is calling it. And here’s where the Surface Dial comes in. It’s also worth noting that the Surface Studio from Microsoft supports the Surface pen that we have now come used to seeing in their Surface lineup of products.

The Surface Dial is a basically a small cylindrical device that just as compact as a Bluetooth mouse. It’s basically build to interact with the touchscreen display in an entirely new way and compliment the Surface Pen. The aluminum body of the Surface Dial helps provide vibrations to your fingertips in order to help you stay in touch with your work. To use the Surface Dial all you need to do is to press it onto the display of Surface Studio and a round menu crops up that shows a number of shortcuts. These can include options from changing brushes while painting to opening new programs during work. The Surface Dial makes use of Bluetooth 4.0 LE and is supported on Surface Pro 4, Surface Book and Surface Studio. That said, the above-mentioned Surface devices must at least be running on Windows 10 Anniversary Update Edition to support the dial. 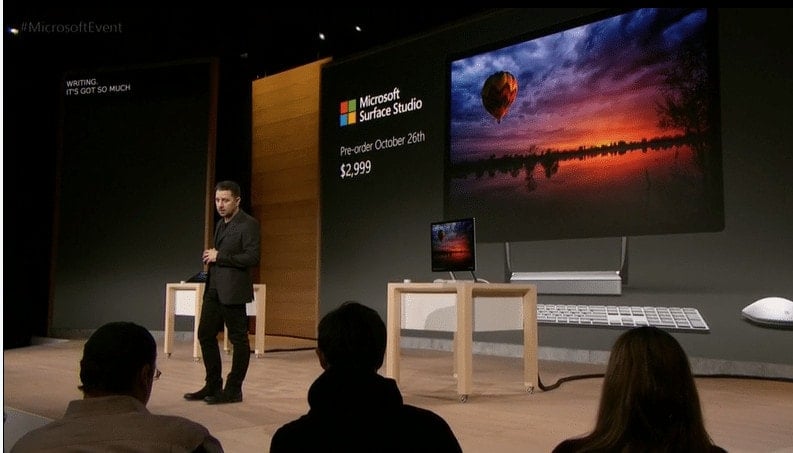 M1 Makes the Macs Mad Again...and "Steve Would Have Loved…
Microsoft Announces its First ARM-based Surface, the Surface…
How to get water out of iPhone and make it functional again
Lend Me Your Ears…Again: A letter from the forgotten wired…
Microsoft Surface Laptop Go Review: The Best Window to…
Microsoft Surface Pro 7 with 12.3-inch Display Announced for…