It seems that Microsoft has started to learn how a successful event should look like. And at least in my opinion, what makes an event successful is a surprise launch, and that’s what Redmond has offered us today – the Surface Book, an obvious take on Apple’s MacBooks which have been a big name in the laptop/notebook industry for quite a while. 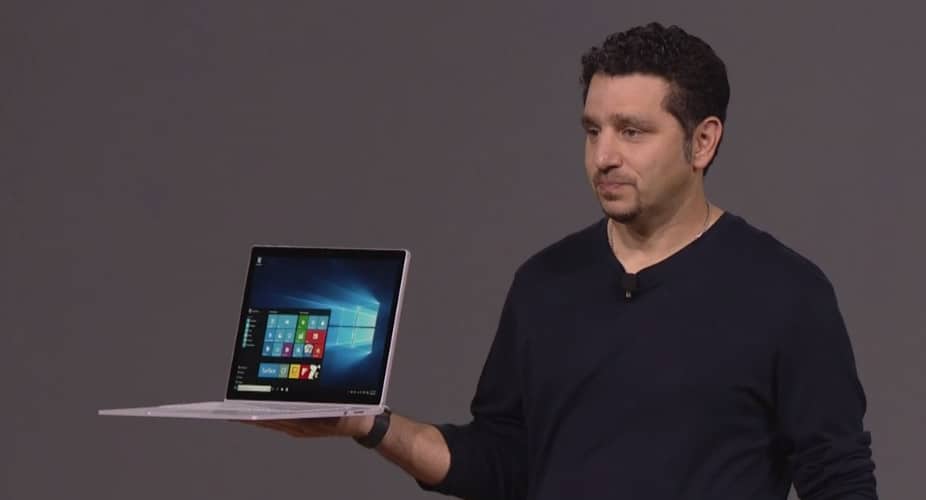 We knew that there was a Surface Pro 4 in the works, as well as the Lumia 950, 950 XL duo, but we didn’t expect something like the Surface Book to be announced. But now that it’s here, let’s have a look at what it brings aboard in its effort to take on Apple and the rest of the competition.

The laptop comes with the latest Intel processors, Nvidia GeForce GPU with GDDR5 memory and 12 hours of battery life. There’s a precision glass trackpad onboard with 5 points of touch. Microsoft claims that it gets the best-in-class key stroke and it also features backlit keys for those moments when you have to work at night. They are also very, very silent, stable and comfortable. Also, it seems that the trackpad has been “optimized by the Windows 10 engineering team,” which is something that we don’t see too often.

The Surface Book has a 13.5-inch PixelSense screen, with a 267 PPI resulting in 6 million pixels. So, as we can see, it’s bigger than the Surface Pro 4 by just 1 inch and a half, but Microsoft promotes it as the ‘ultimate laptop’. The display is also optically bonded to the glass, and the device comes with deeper keys, with 1.6mm of travel.

If you ask me, I’m a little confused here. They want the Surface Pro 4 to be a device that replaces your laptop, but in the same time they’ve announced a brand new laptop. So, this means they’re not afraid of cannibalization at all? 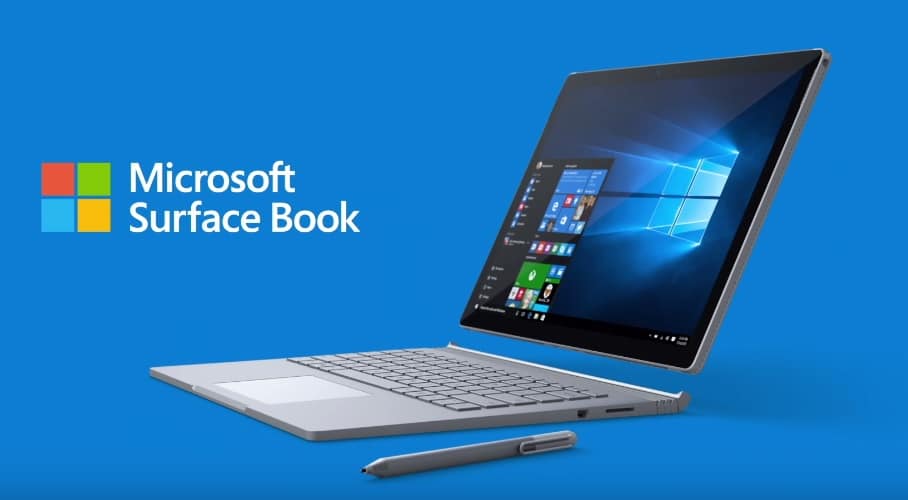 And if this wasn’t confusing enough, the display detaches into a tablet, so this is basically a hybrid, and not a laptop per se. So, after all, this isn’t the first laptop ever built by Microsoft, but what seems to be a more powerful version of the Surface Pro. I know, I know, I’m just as confused as you are. Panay calls it “the thinnest, most powerful PC ever created” at only 1.6 lbs and 7.7 mm thick.

It seems the reason for this product was the good battery life, considering that it’s described as “the fastest 13-inch laptop ever made anywhere on any planet.” Microsoft also says it is twice as fast as the MacBook Pro, which is quite a bold affirmation indeed. The Surface Book comes with a very wide hinge snake which makes it really cool to detach the device. Microsoft calls it the Dynamic Fulcrum Hinge.

The Surface Book starts at $1499, and just as the Surface Pro 4, you can preorder it starting from tomorrow with the product being available on October 26th.