There have been wild attempts by smartphone OEMs in the past to overdo the bigger screen phones so much so that it blurs the difference between a phone and a tablet. Lenovo was one of those who came out with an insanely big Lenovo Phab Plus with a 6.8-inch display in 2015. The newest one in the series is smaller (relatively speaking) with just a 6.4-inch FHD 2.5D curved glass display primarily aimed at those who consume lots of multimedia content. We have been using the Lenovo Phab 2 Plus for close to a week now, and while we need a couple of weeks more to completely review the device, here our first impressions for now. 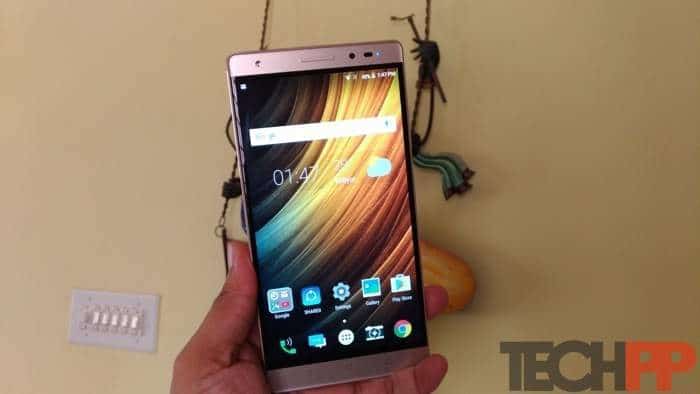 Massive. There are no two words about this. Right from the box packaging to the first time you hold the phone, the Lenovo Phab 2 Plus feels massive even for my big palms. I was instantly reminded of the Xiaomi Mi Max which also carries a 6.44-inch display. But the Phab 2 Plus feels bigger and bulkier than the Max. At 173.9mm, it’s taller than the 173.1mm Max, has the same width of 88.3mm and considerably thicker at 9.6mm as compared to 7.5mm on the Max. And that clearly shows when you hold them both together. Thankfully, the back of the phone is curved enough to provide a decent grip, despite the metal back. Yes, Lenovo has gone for aluminum on the sides and the back (except for the top and bottom where the antennas reside), while the front is all glass (with no mention of external protection).

The back houses a dual camera module (more on this later) with the fingerprint sensor right below it. The arrangement is such that you’d struggle to reach the fingerprint sensor in your normal holding position. The issue persists with the volume rockers and power button, all placed on the right side, but not easy to reach them till you get used to the positioning. The Dual SIM card tray is housed on the left side. The front has an 8MP selfie camera with LED flash along with proximity sensor and LED notification. The capacitive keys on the bottom are thankfully backlit. The Lenovo Z2 Plus uses the standard micrUSB port with Dolby Atmos supported mono-speaker next to it. 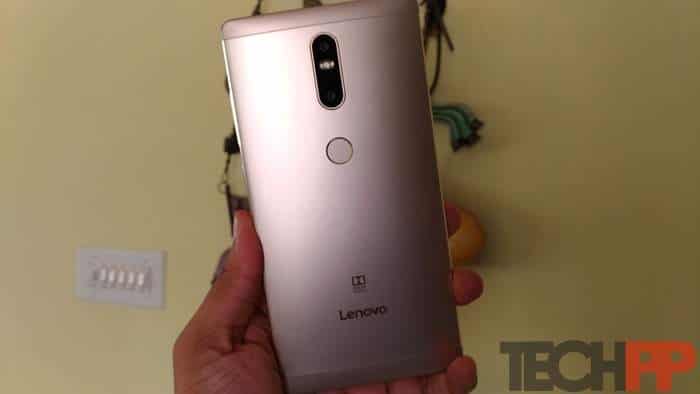 The Phab 2 Plus is powered by the Mediatek MT8783 octa-core processor clocked at 1.3GHz and paired with 3GB of RAM. Considering that this phone is touted for its multimedia features, Lenovo has included 32GB of storage which can be extended up to 256GB through the microSD slot (at the expense of second SIM). The phone runs on Android 6.0 Marshmallow with Lenovo’s own skin on top of it. It’s too early to make a judgment, but in our limited usage we found this combination of processor, RAM and display to struggle when pushed hard. Of course, we will put the phone through its tasks and be back with a detailed review soon.

The highlight of Lenovo Phab 2 Plus has to be its dual rear camera. Lenovo has stuffed in two 13 MP lenses with f/2.0 aperture along with laser & phase detection autofocus and dual-LED flash. On paper, this looks like a formidable camera module expected to be seen on higher end flagship models. We got to put the camera through its paces and see if it performs just as well as Lenovo claims. 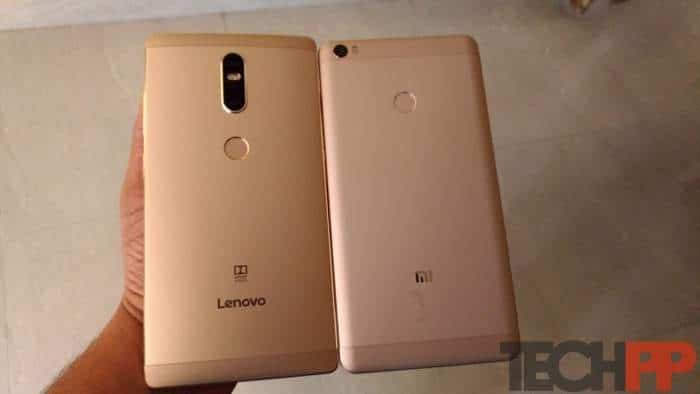 Lenovo is clearly pushing the Phab 2 Plus for its multimedia capabilities. A massive 6.4-inch 1080p display, coupled with Dolby Atmos speakers and dual rear cameras should make it a formidable option for anyone looking for a big-screen smartphone. The only real competition comes in the form of Xiaomi Mi Max which has been around for a while. The Mi Max might neither have the Dolby Atmos support nor the dual rear camera module, but comes with a bigger 4850mAh battery as compared to 4050mAh on the Phab 2 Plus and of course, the Snapdragon 650 processor.

The Phab 2 Plus is going on sale exclusively on Amazon.in at a price of Rs 14,999 in two colors – Gunmetal Platinum and Honey Gold. We shall be back with a detailed review along with a comparison with the Xiaomi Mi Max. So stay tuned for that.