Lenovo recently launched the Lenovo K6 Power in India. The smartphone which is seen as the successor of the Lenovo Vibe K5 Note and the K5 Plus is priced at Rs. 9,999 and will only be available online. The USP of the device as per the company are the ‘Kickass Multimedia’ features like Theater Max technology and Dolby Atmos Speakers. But does the device justify this billing? Let’s find out! 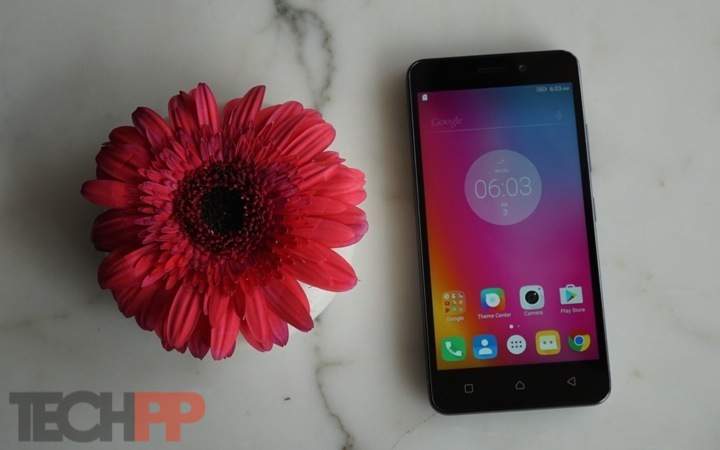 The Lenovo K6 Power comes with a 5-inch full HD IPS display. Although the design of the phone is not something radically new, but the smartphone looks very good in one’s hand. In terms of basic design, it looks like Lenovo has taken some classes from Xiaomi as the device looks a lot like the Redmi Note 3.

Along with the display, the front of the smartphone sports the earpiece along with the selfie camera on the side. Below the 5-inch screen are the capacitive buttons in silver. As we received the Dark Gray unit of the K6 Power, on switching the screen off, there are basically the three silver capacitive buttons standing out, but that said, the buttons were not back-lit which was a little problematic in low light conditions. 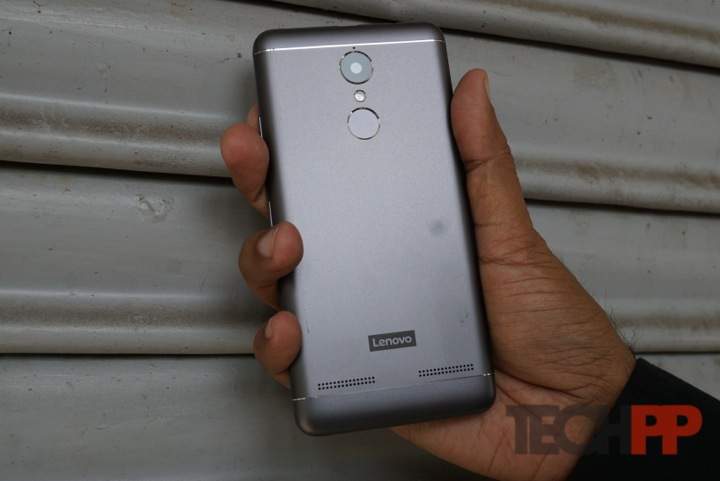 The rear of the smartphone comes with two silver antenna bands – one on top and the other near the base. Just below the antenna band on top are the three circles of major significance; the primary camera, followed by the flash and the fingerprint sensor. Just above the lower antenna band, Lenovo has placed the two speaker grilles along with a small Lenovo logo.

You can find the volume rocker and the lock screen button/ power button on the right side of the phone whereas on the left side, the company has placed the hybrid SIM card tray. A little rare is the fact that the company has placed the Micro USB port along with the 3.5 mm jack on the top of the smartphone and has kept the base relatively plain. The device measures 141.90 x 70.30 x 9.30 mm and weighs 145 gram which may not come across as the lightest or the slimmest device but looks good and is comfortable to hold. (You can check out our detailed first impressions here)

The smartphone sports a 5-inch full HD IPS screen. The display produced nice colors and worked well in bright daylight as well. The warm colours like Red, Pink, Orange did not come across as being oversaturated which is an important thing while the cool colors like Blues and Greens did not come across as being too suppressed. However, the proximity sensor was a little erratic which resulted in a few accidental dials and app launches at times. 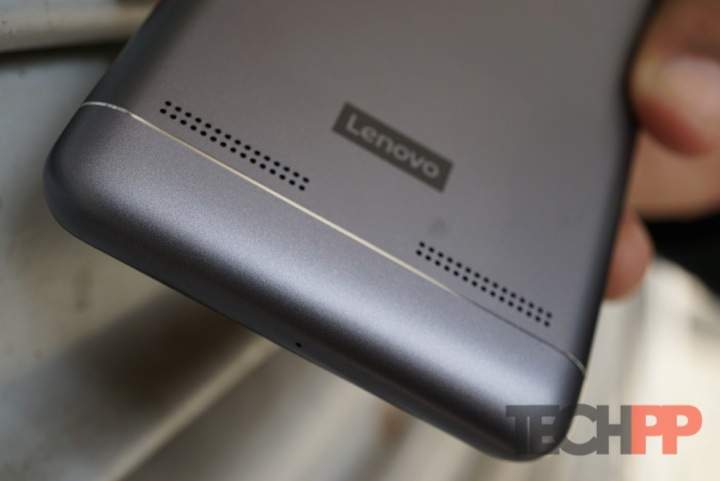 The Lenovo K6 Power is powered by 1.4GHz octa-core Qualcomm Snapdragon 430 processor and is paired with 3 GB RAM and 32 GB internal storage. The given set specifications might not impress everyone but the K6 Power handled the majority of things thrown at it smoothly. Multi-tasking on the device was not an issue and switching from one app to another turned out be a cake walk.

The handset managed to run smoothly with light games like Candy Crush, Plants Vs. Zombies, Dr. Driving but what surprised us was the ability of the smartphone to cope with heavy games like Asphalt 8, Asphalt Xtreme and NFS No Limits. There were definitely some stutters here and there while playing such games but all-in-all, the smartphone managed to handle them better than our expectations (especially after we had an underwhelming experience with a similarly specced Asus Zenfone 3 Laser). 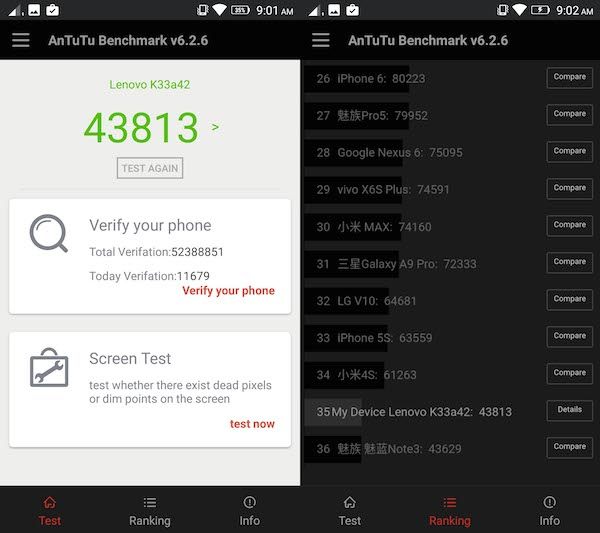 The USP of the K6 Power is multimedia, and the phone certainly delivers in this regard. The integration of Theater Max technology and Dolby Atmos speakers works a treat. The speakers were hands down the best we have come across in this segment and we will not be exaggerating if we said that the speakers could easily beat the sound quality of some devices falling in a higher price band (including older editions of a certain phone from Cupertino – there, we said it!). The Theater Max technology incorporated in the smartphones is a bonus point for those who have the VR headset handy. It lives up to the name and provided us with pretty decent VR experience, allowing us to see content on the phone on a seemingly massive display. All of this makes the device very good for watching films and videos – you get a big screen and big sound. What more can you ask for? And before you ask: no, we did not face any heating problems.

Lenovo has provided the users with a 13 megapixel rear and an 8 megapixel front shooter. Both the primary and secondary camera work nicely in well-lit conditions but clicking pictures in low light with these cameras delivered less than satisfactory images. Another thing which bothered us about the cameras was the fact that the camera app took a while to process the images clicked and for that short while we had to keep our hands steady, which can be a total nightmare for those with shaky hands. In simple words, this phone isn’t for you if camera is high in your priority list. 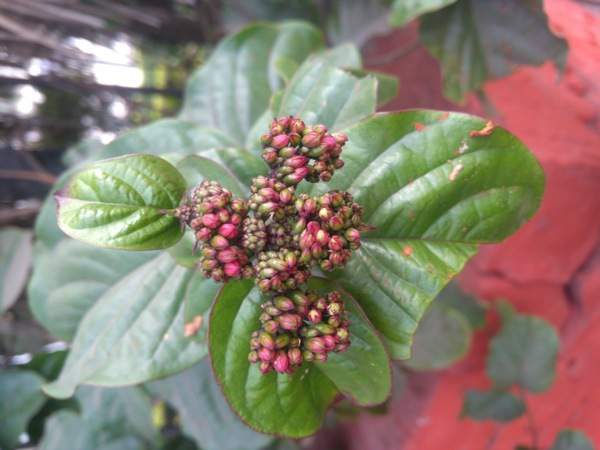 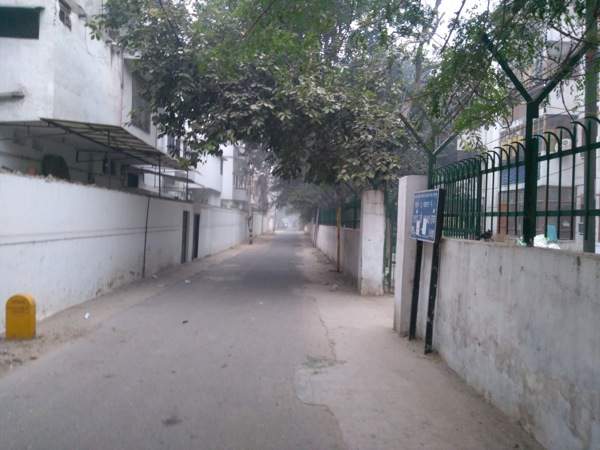 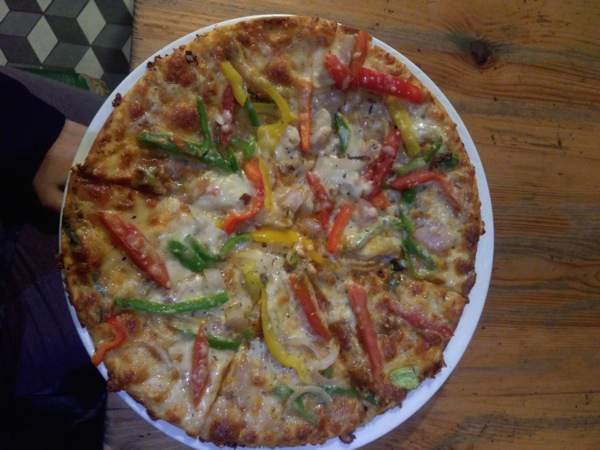 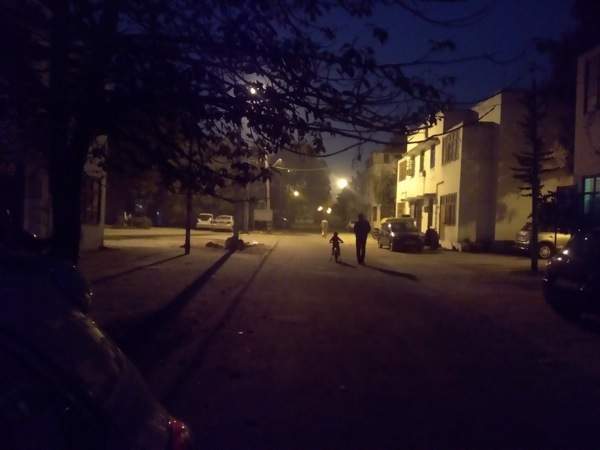 The Lenovo K6 Power comes with Android 6.0.1 out of the box topped with Lenovo’s in-house VibeUI. The company has tweaked the UI here and there a little but the interface remains clean and understandable. The UI is very close to stock Android and we are not complaining. We loved how Lenovo decided to stay minimalistic on the third party app front and has not loaded the phone with a lot of applications. The fingerprint scanner generally works well but can at times get a little moody, needing one to place one’s finger over it more than once sometimes.

And the best is yet to come. Lenovo has managed to place a large 4000 mAh battery in the very compact K6 Power. It can take a fair bit of time to get charged (and by fair bit we mean 2-2.5 hours to charge completely) but can provide you with a battery life of two days easily on moderate usage which is a huge plus point taking in consideration the price of the smartphone.

The K6 Power by Lenovo has undoubtedly set the multimedia bar high for smartphones falling in the same price band. What it offers at its price makes it a great bargain. Although the device has its blues here and there (the camera SHOULD have been better – that does seem to be a persistent pain point for Lenovo) but that said, the Lenovo K6 Power is a bloody good device for Rs. 9,999. How does it compare with the Redmi 3S, its closest competition? We are working on that. Watch this space.

Our conclusion? We think other companies should buckle up their belts as this device is going to deliver some real ‘Kick-ass-ing’ in the market in this specific price segment. Especially for those who love multimedia.

Was this article helpful?
YesNo
TechPP is supported by our audience. We may earn affiliate commissions from buying links on this site.
Read Next
Stuffcool PB9018W Magnetic Wireless Powerbank Review: Actually the perfect iP...
#Featured #lenovo #Lenovo K6 Power #review