Dual cameras have suddenly become a rage and have been introduced in many smartphones of late. The feature which is even present in Apple’s flagship iPhone 7 Plus is gaining popularity with each passing day. And is reaching more affordable devices too. One of these is the Honor 6X, which was previously launched in China, and was showcased globally by the company at Consumer Electronics Show (CES) 2017, Las Vegas. 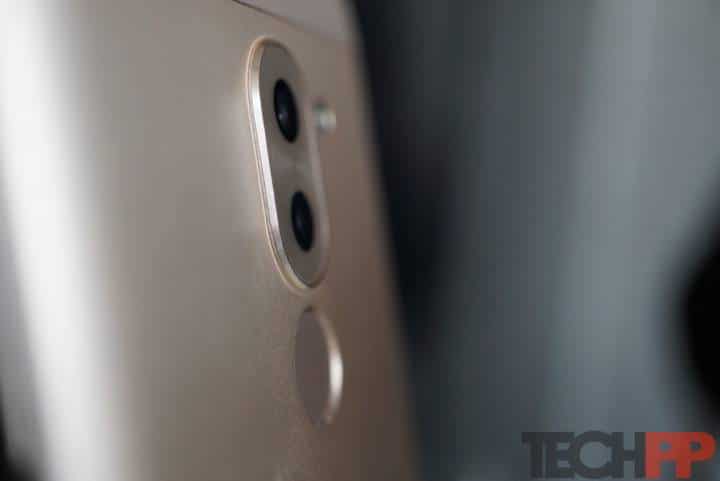 The handset is not a “flagship” device by Honor but has created a stir in the market by introducing a dual camera on its back at USD 250. The two cameras which come with a 12-megapixel and 2-megapixel sensor are basically placed on the back to give the device an edge in terms of depth of field over the other sensors present in the market (the Coolpad Cool 1 incidentally is another phone with dual cameras, but those are of 13.0-megapixels each). The camera offers you variable aperture from f/0.95 to f/16 which essentially increases or decreases the amount of bokeh in the picture (read our Tech Detox on Aperture to find out more about its role in the depth of field). But does the camera duo actually have an advantage over other camera phones falling in the same price band and is it worth investing in?

Camera Interface: The best of both worlds 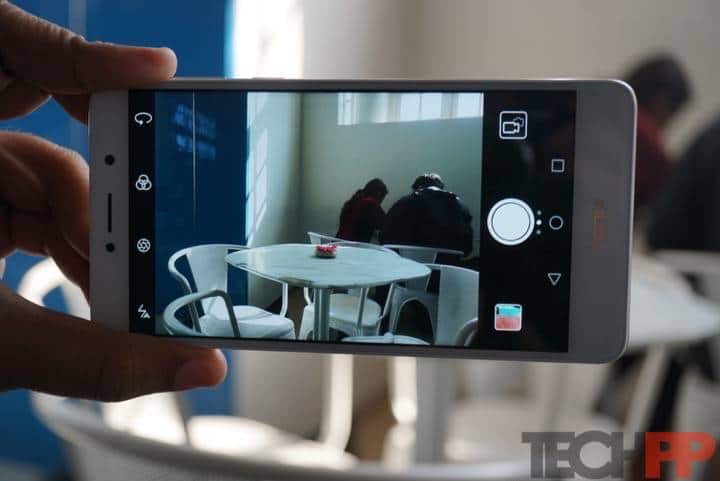 Honor has definitely tried to keep the things clean and simple when it comes to the camera interface of the 6X. The view finder on the camera apps provides you with the basics and is not really too crowded. Just above the three on-screen Android navigation buttons, there is the shutter which will help you capture the images. The camera app has got a short cut to the gallery app on the left to the shutter and you can switch to video mode using an icon on the right.

The top part of the interface sports four icons in a line. The first one is for the flash one can use in the picture, the second one is to turn the variable aperture mode on, the third one is for the filters one can apply before taking a picture and the last one lets you switch from the primary to the secondary (front facing) camera. 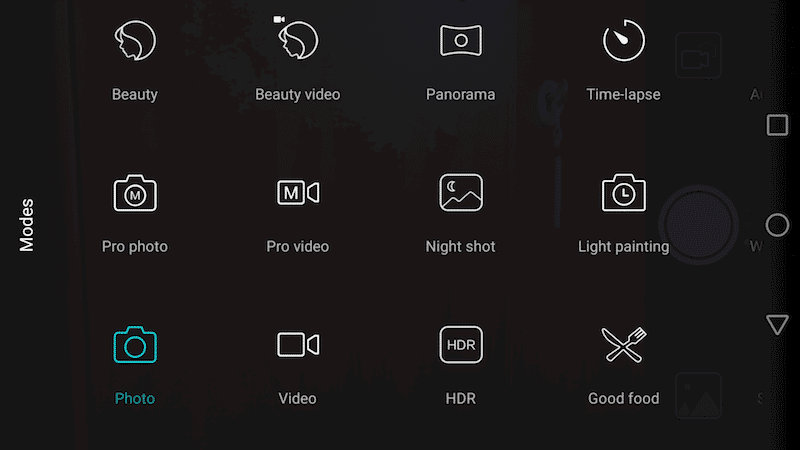 Swiping to the right will offer you SIXTEEN (yes!) modes you can use to capture pictures which include Pro Photo, Beauty, HDR, Light Painting and Time Lapse amongst others whereas swiping to left will lead you to camera settings. The camera setting will allow you to fiddle around with the resolution of the pictures, change camera grid, put on or off timer in the picture and a number of other things. For the ones who like would rather go with minimal features and options, the modes can be a little overwhelming but one can always stick to the simple point and shooting instead of taking a dip in the sea of modes.

All in all the camera comes with not only hardware based features (those two cameras, remember?) but also software generated options which one can use to improve the pictures. The best of both worlds? Definitely!

Well, Honor has pretty much thrown the kitchen sink at the Honor 6X when it comes to features in the camera, so it does not come as a surprise that the camera can take some very nice shots in well-lit conditions. We took a number of pictures and the images of stationary subjects with a defined background turned out to be stunners, take a look at our soft serve pictures and tell us you do not want to eat them. Impossible, isn’t it? Which definitely tells us that Instagrammers with profiles filled with food shots can definitely go for the smartphone just for its camera. (There! We said it!) 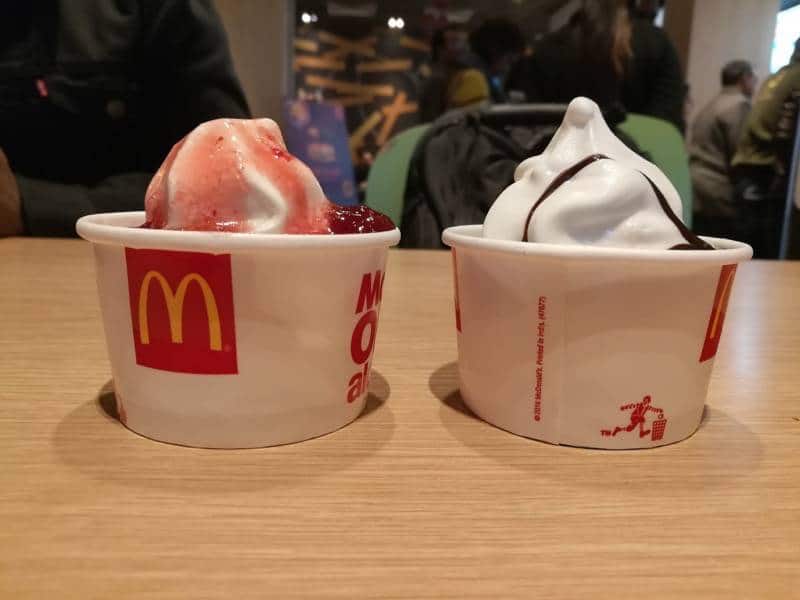 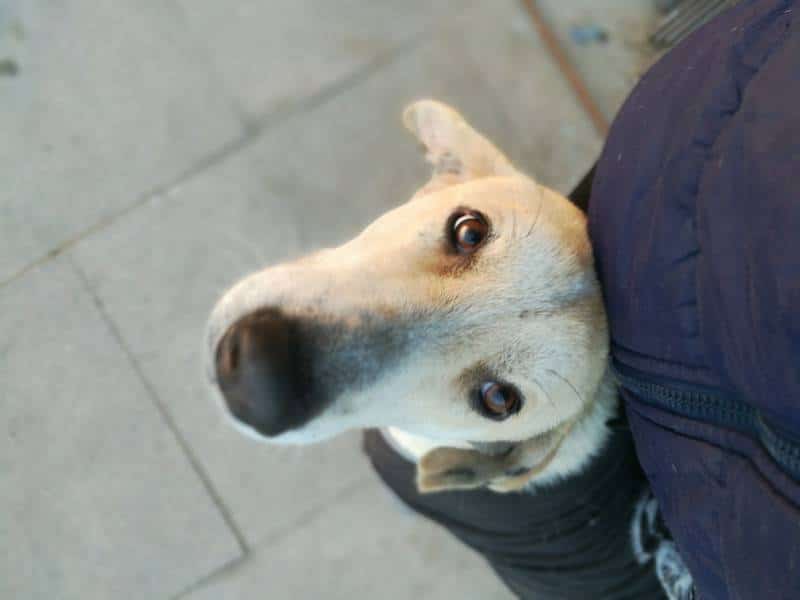 But taking a picture of a hyperactive dog can invite a lot of motion blurs. The camera produces surprisingly detailed images (for this price point) and the color reproduction also seems very close to reality. And the ones who are close-up fans (not the toothpaste but the shots, like us) should be now crying out loud, “take my money” as the smartphone can offer some amazing close-ups and by this, we mean you-can-see-the-drops-of-condensation-on-a-glass kind of amazing. 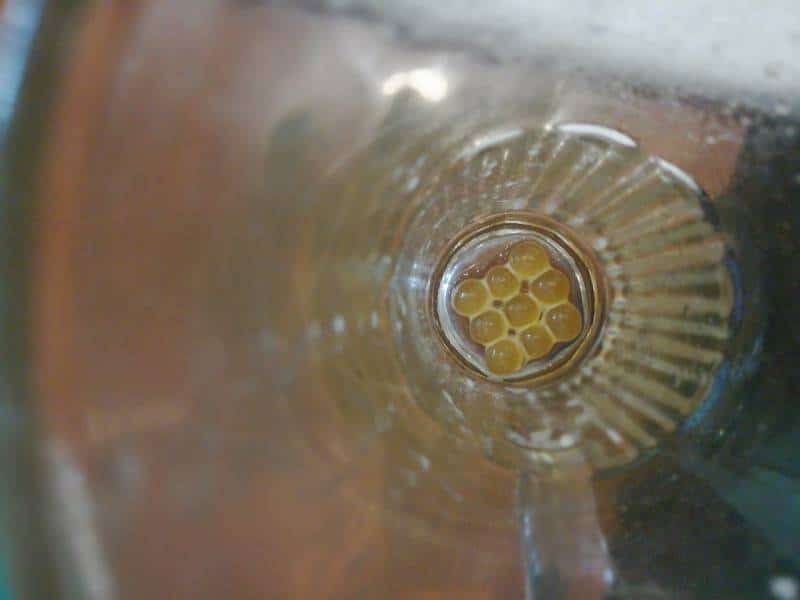 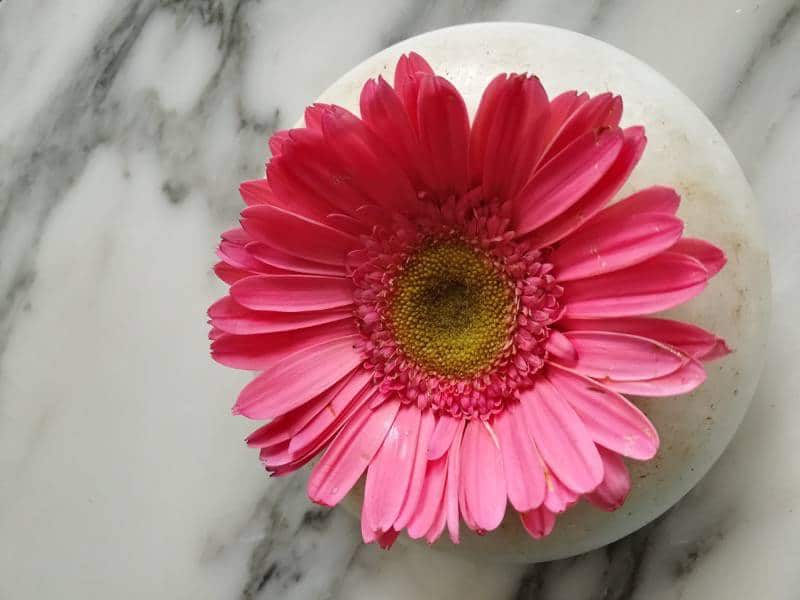 Although the camera performs extremely well in sufficient light but detailing can go for a toss when images are taken in low light conditions.The pictures become a little grainy when taken in dim light but it still is among the best we have seen from devices in this range. 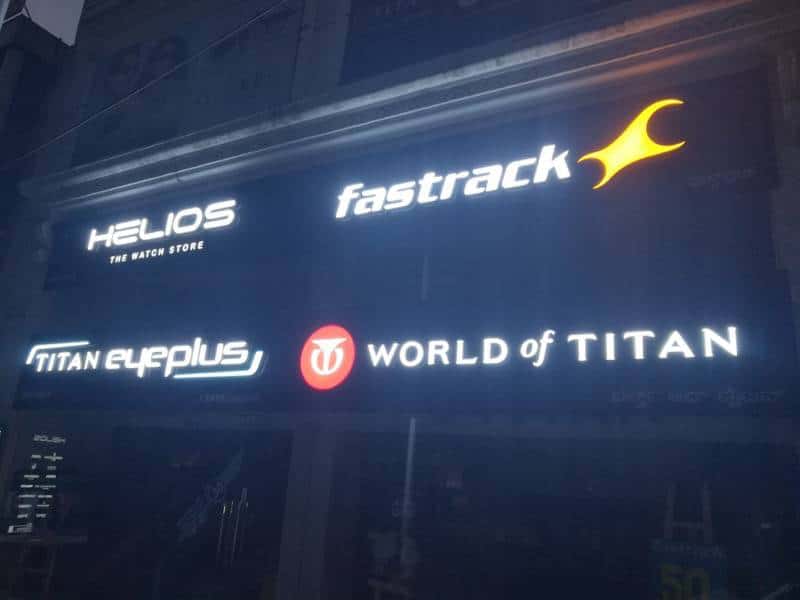 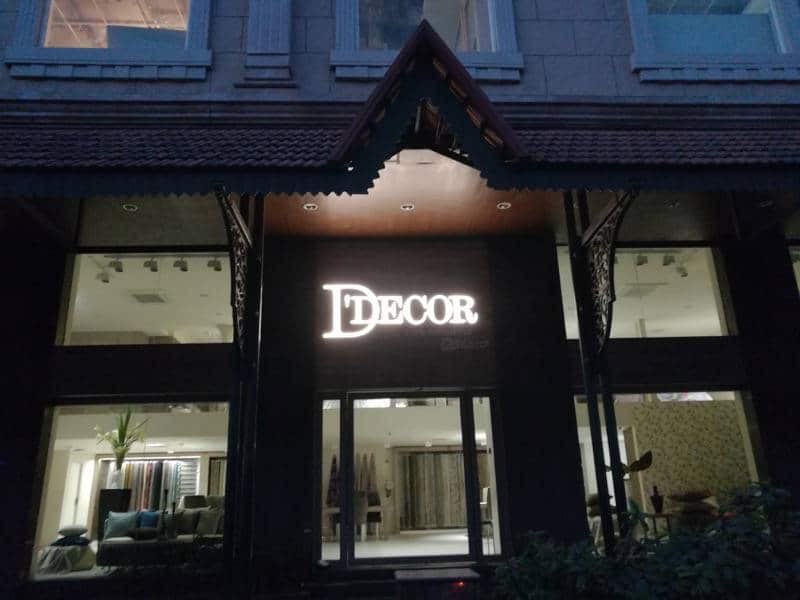 The camera app comes with some filters which essentially just add layers of different colors on your screen. Some of the filters can actually give you brighter and sharper colors and on the other hand, it offers some pleasant black and white filters, too. We also tried out some of the modes provided by Honor in the 6X. And the ones like ‘Light Painting, Slow Motion, Good Food and Time Lapse’ worked accurately and in this case, the software actually works hand in hand with the hardware to make the experience fun and interesting. 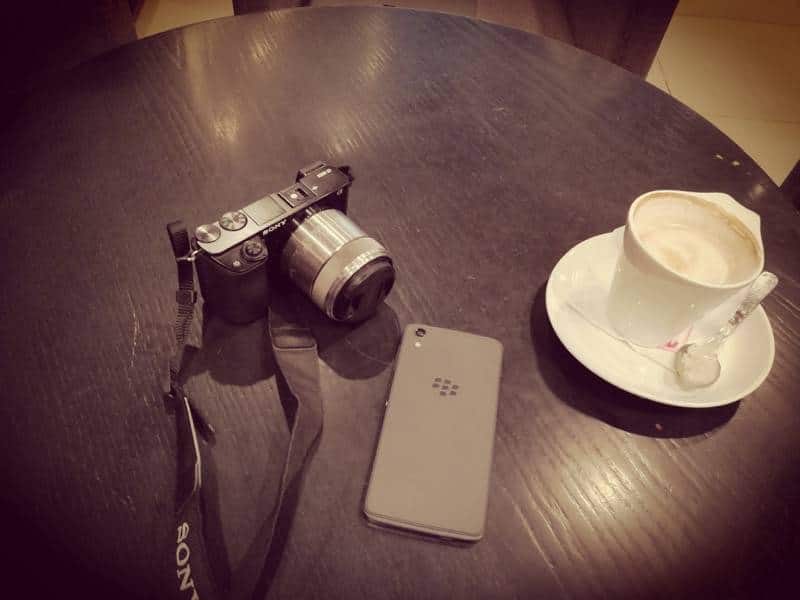 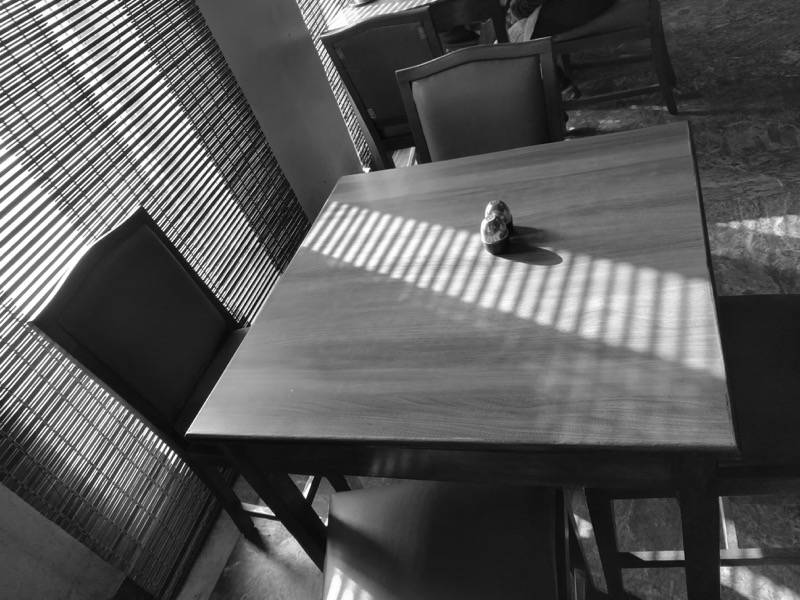 Now that we are done we the ‘hygiene’ factors, let’s get to the USP of the camera which is (wait for it)… BOKEH! (or that ability to blur the background behind a subject)

The camera app screams bokeh just as much as Rihanna screams ‘Work’ in her song ‘Work’ and to be honest that is: A LOT! One can just turn the mode on by tapping on the aperture icon present on the screen. You can alter the amount of bokeh needed in a picture by tapping on the screen to focus once and then tapping on the right side after the focus circle appears. This will provide you with an aperture scale from where you can slide up or down to change the aperture – slide up to increase the blurring, slide down to decrease it. 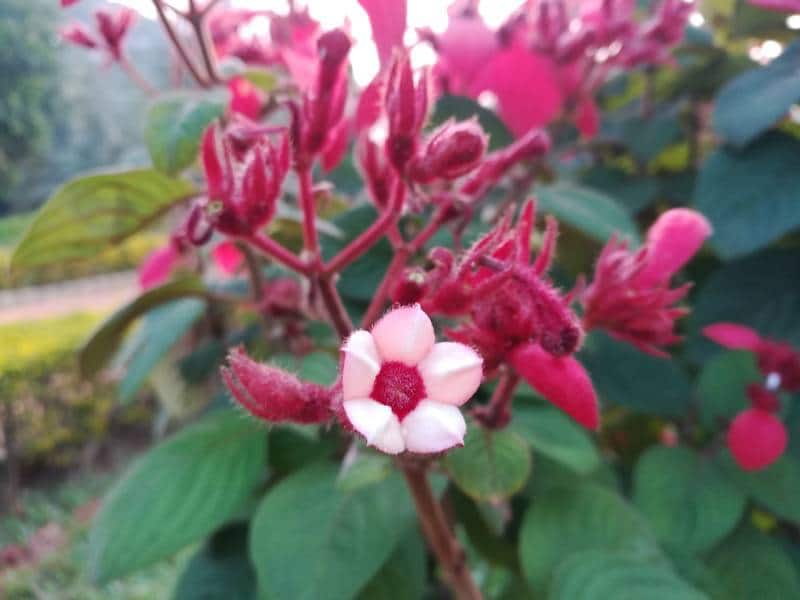 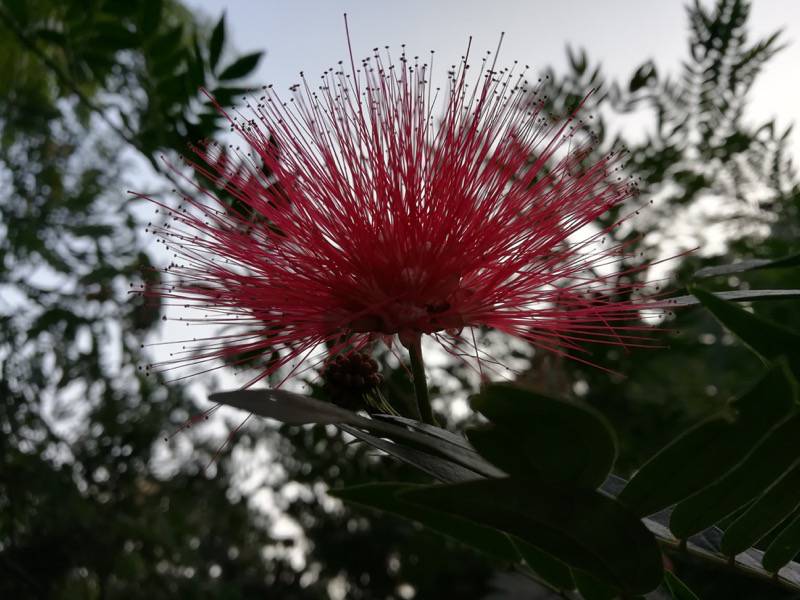 Even though the company claims that the bokeh is created by the hardware muscle used in the smartphone and it genuinely uses depth of field to create the detailed shots, we think some of it is software magic, too. The feature turned out to be on point in most cases but in some, it failed miserably and seemed a little artificial. Some of the portrait shots came out to be extraordinary but in pictures where we had too many objects in the foreground, the smartphone could not blur the background efficiently and the bokeh looked very fake in such pictures. 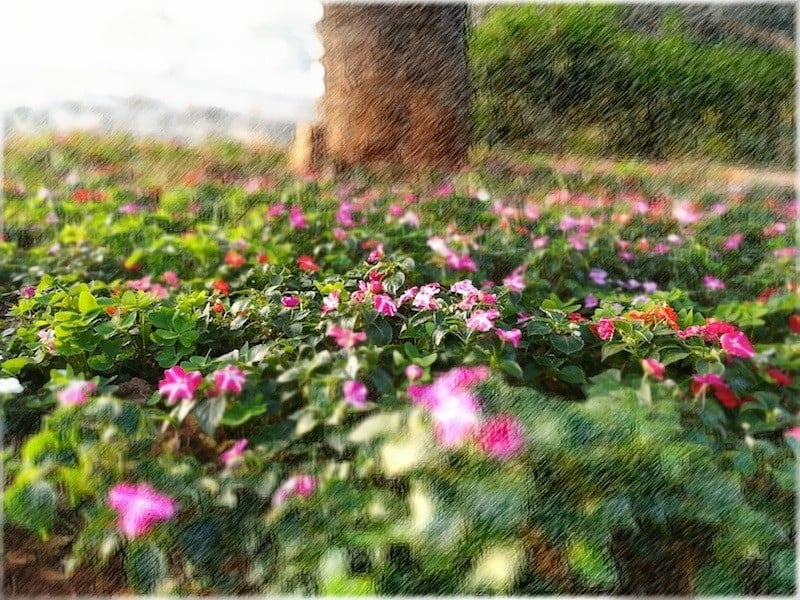 Another thing which we noticed was the fact that one can improve the pictures and bokeh on these pictures taken with the aperture mode on, even AFTER taking the pictures. The gallery app on the phone allows you to shift the focus in the picture from one spot to another and this will primarily change the bokeh in the image too. Makes us wonder if it does not sort of defeat the purpose of having that variable aperture feature, but then, it does not seem to compromise on quality and might be preferred by users who find handling the aperture slider while taking a shot too confusing.

The 8-megapixel shooter on the front also did not disappoint us. Honor has also provided a small screen window which appears on the screen when one takes a selfie. When in timer mode, the smartphone opens another window on the display, showing the seconds left before the camera takes a snap – while it can be a little annoying (you do not really like to see TWO faces on the same screen – who do you think we are: Harvey Dent?), the result actually was actually quite good. The colors reproduced by the front shooter looked a bit saturated but the camera was pretty much able to capture basic details in the pictures – no, it did not exactly overwhelm us, (images often got grainy when we zoomed in), but we think the selfie shooter can beat the pants off of many selfie cameras in the given price band.

There was one problem which we faced while we used the camera app on the smartphone: we found that the camera lagged a little after taking the pictures and the processing time after taking the pictures almost made us quit once or twice – it was that long. Even the Gallery app lagged a lot from time to time. The app also goes into some kind of hibernation when not used for some time and revives once you tap on the screen. Yes, we know it saves battery and is perfect for the clumsy ones who open apps on their smartphones randomly but it can be a little maddening when you see your camera sleeping if it is not used for 30 seconds or more.

The Honor 6X produces some really great shots in different conditions. It definitely takes nice pictures in sufficient light and takes some above average and average shots in low light conditions in terms of details. The camera seems snappy enough but takes a lot of time to process images. Although the company is betting heavily on the hardware when it comes to the camera, but we think it is the software which binds it all together. The software as a whole needs some finishing around the corner as we think the lagging in the Gallery app and the processing time should be reduced if not eliminated. That said, we think the Honor 6X definitely has an edge over other smartphones in this price segment in the camera department. We do not know the final price of the device but if it is in the vicinity of Rs 15,000 as is being rumored, then it definitely is the best camera in that section. Hands down. Its hardware stings like a bee, even though its software sometimes does not quite float like a butterfly…

Tagg ZeroG Review: Good Quality Audio at an Affordable Price…
Honor 30 launched alongside Honor 30 Pro and Honor 30 Pro+…
Google Pixel 4 No Longer Allows You to Store Your Photos in…
How to Find Air Quality of a Place Using Google Maps
How to get great Bokeh without Portrait Mode on Smartphones
Cinematic Video: Honey, Apple just made video bokeh…