BlackBerry DTEK 50 Review: Affordable… But Only by BB Standards!

BlackBerry’s inability to find the perfect device for the “budget smartphone” segment has been touted as one of the reasons for the brand’s decline in recent years. Ironically, the Canadian brand had its high noon when it released the 8520 in 2009 at a price that was considered staggeringly low in a market. And then seemed to lose the plot a bit. The company has since tried to repeat the formula but never quite tasted success, mainly because the price-to-performance equation had been militantly overhauled first by regular Android players and over the past couple of years by the “budget flagship” phenomenon. The DTEK 50 is its latest attempt to try and score a relatively “mainstream” smartphone. And it is by far its best. 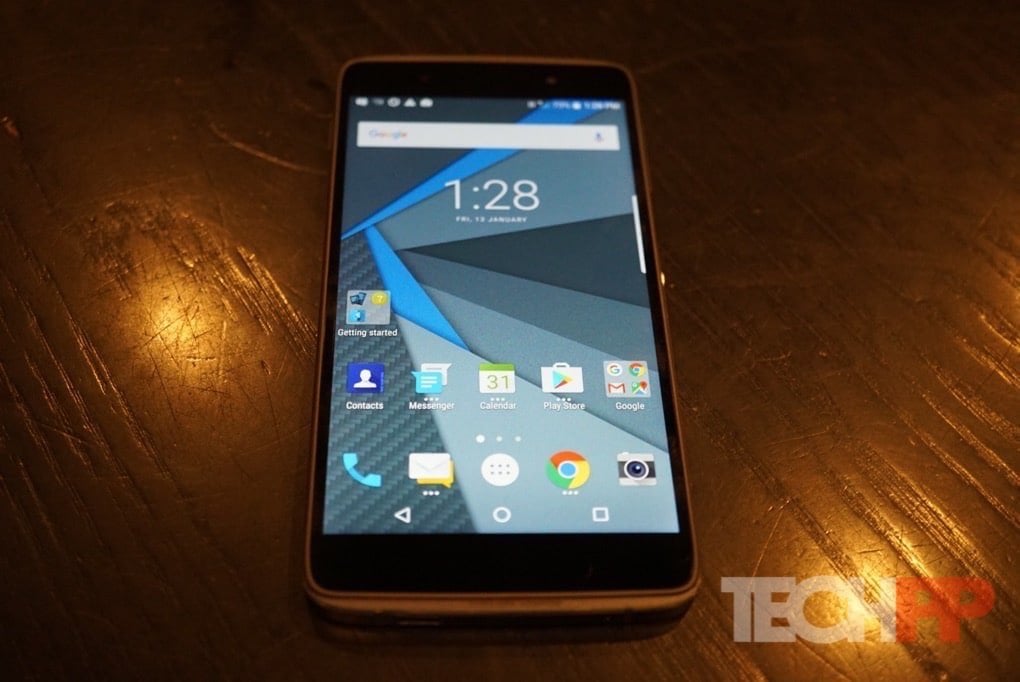 BlackBerry no longer makes its own smartphones. That task has been handed out to Chinese company TCL, the company which also makes Alcatel devices. So it is hardly surprising that the DTEK 50 comes infused with design touches that are more Alcatel than BlackBerry – or the Alcatel Idol 4 to be exact. In fact, apart from the fact that it is slightly thicker (7.4 mm to 7.1 mm), it sports exactly the same proportions and weight as that worthy – 147 mm length and 72.5 mm width, and 135 grams. And in terms of design too, looks rather similar – the front has a 5.2-inch display that is slightly raised from the rest of the body, with speakers above and below it that curve out slightly, and no touch or hard buttons (all the buttons are onscreen).

We love the dual speaker arrangement, but the fact that they are recessed makes them potential dust collectors. Interestingly, the speaker grilles are perforated right through, which means the speakers work well irrespective of whether you place the phone face down or “normally.” A good touch, we think. The design similarities of the Idol 4 are carried over to the chamfered metal sides, with a rather unusual placement of the power/display button on the top left side and the presence of a round “customisable” key in the middle of the right side, above which lies the volume rocker, and below which is the SIM and memory card slot. On the top is the 3.5 mm audio jack and on the base is a micro USB port. 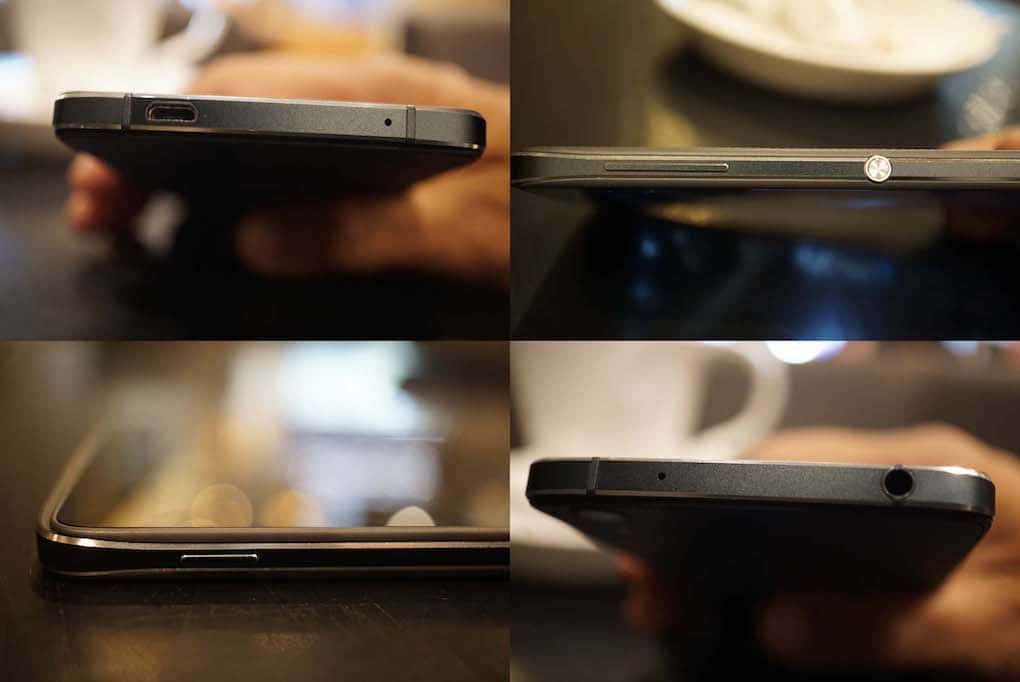 The one area where the device differs substantially from the Idol 4 is on the back. While the Idol 4 had a shiny glass back, the one on the DTEK 50 is of a dotted texture. Some might find it “grippy” but we honestly did not like it as it somehow looked and felt a little on the cheap side. In the left corner on the top is the camera with dual LED flash. And before you ask, no, there is no fingerprint sensor here. The phone feels solid and surprisingly light and is compact enough to be used with one hand, but to be brutally honest, we do not see it turning heads at all.

The “Idol” worshipping continues in the hardware department too. Like the Alcatel Idol 4, the DTEK 50 too comes with a 5.2 inch full HD display and is powered by a Qualcomm Snapdragon 617 processor with 3 GB RAM and 16 GB storage. The camera on the rear is a 13.0-megapixel one while the front facing one is an 8.0-megapixel affair and yes, also has an LED flash. The speakers are stereo. Even the battery capacity is the same: 2610 mAh. Unlike the Idol 4, however, the DTEK 50 is a single SIM slot, with the second slot in the tray being utilized for expandable memory (up to 2 TB if you can get a card that large). Connectivity options include LTE, GPS, Wi-Fi, Bluetooth and NFC. And running on top of all this is Android 6.0.1, although this one is close to stock Android with not too much interference from BlackBerry. 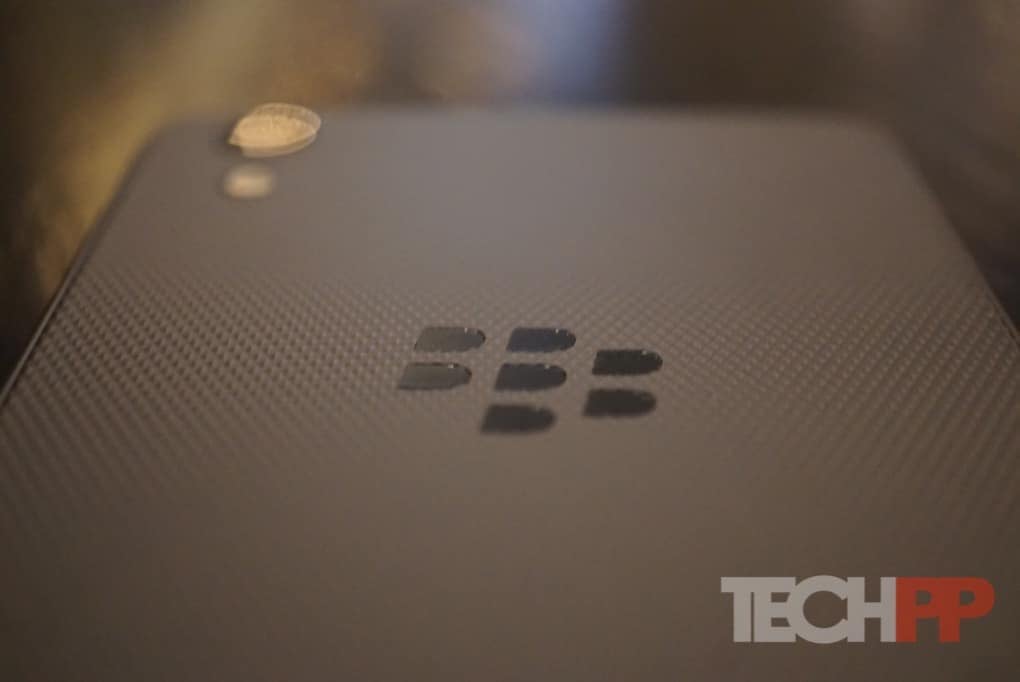 Yes, this is perhaps BlackBerry’s best effort by some distance in the “relatively affordable” smartphone segment. But seen in terms of the competition, this spec sheet can only be called middling at best, with many devices boasting much better hardware at lower prices.

It is up to the software on the DTEK 50 to justify its price tag. And in this, it succeeds only to a very limited extent. Yes, the UI is close to stock Android with some BlackBerry apps like BB Messenger and Hub (where you can see all your notifications and messages from different services at one glance) features like Peek, which is a tab on the edge of the display which you can tap to see calendars, messages, tasks and contacts quickly, no matter which app you are in, as well as a DTEK app which scans your device and tells you how secure it is (we were told we had made a mistake by going for a “screen lock that uses a swipe gesture.”) And of course, while the device does not have BlackBerry’s iconic QWERTY hardware keyboard, it has its software edition which is pretty good as well. All this with the assurance of regular updates and good security (we did get a few updates in our couple of weeks with the device, although Nougat ain’t on the horizon). 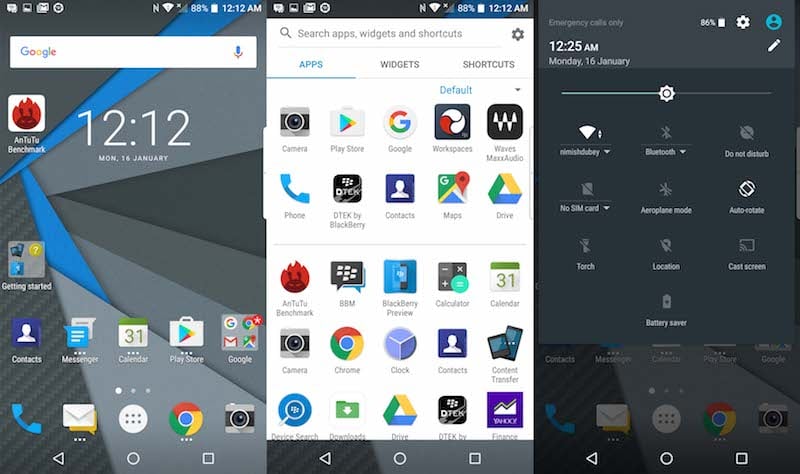 And well, a lot of this works very well. The near to stock Android UI works well, although we found the slightly haphazard tiled way in which recent/open apps were displayed a little odd. We love the utility of BlackBerry Hub which acts as a single screen for all our messaging notifications, and the keyboard’s ability to predict the word we are typing and project it above keys is uncanny. The handling of mail and messaging is also very good indeed, in best BlackBerry tradition. Accessing BlackBerry Hub incidentally is no longer a matter of a swipe from the home screen but a slightly more complex long-press of the home button and a swipe to the right. The problem is that none of this is exactly a killer app – many smartphones handle these tasks almost as well, if not better. Office suites are also no longer the preserve of a select few – Office 365 and Google Docs ensured that. We also wish BlackBerry had not replaced the numerical notifications on apps with the more traditional BlackBerry Red Dot. Speaking of apps, you can slide up or down from an app’s icon to see the widget options it has, which is sort of cool, if a bit difficult to get used to (we ended up dragging the icon far too often). 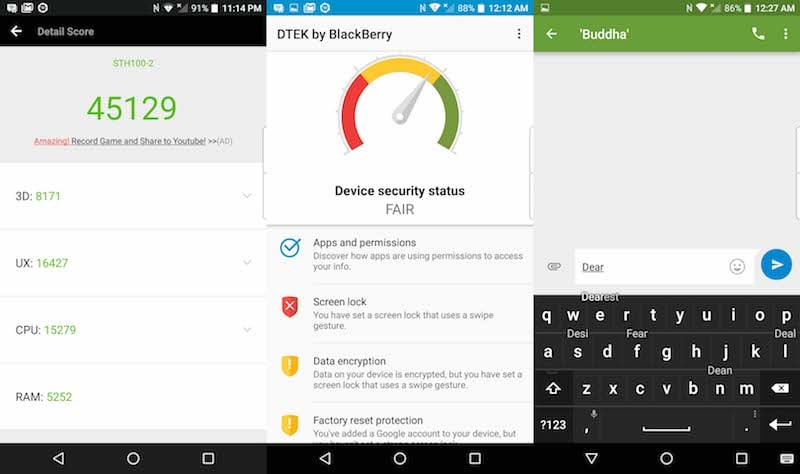 And stepping away from the “traditional” strengths of BlackBerry – mail and messaging – reveals the Achilles Heel of the DTEK 50. The Snapdragon 617 is a decent processor but hardly a benchmark buster. It will handle casual games and most multitasking well enough but is not equipped for the likes of FIFA or Asphalt. Which is a bit of a pity because those dual speakers do churn out very good sound (there is a preinstalled Waves MaxxAudio app that lets you play around with sound settings). Another plus for the device is the 13.0-megapixel rear camera which is a very good daylight performer although it fades out in low light. The front facing 8.0-megapixel camera is decent but we would recommend not using that flash, really, as it results in really ruddy complexions. Muddling matters, however, are the call quality which we found slightly sub-par and a battery that struggled to last out a day. And while on muddled waters, we must confess we never got used to the customizable “convenience key” – its location ensured that we kept hitting it to try and unlock the device. 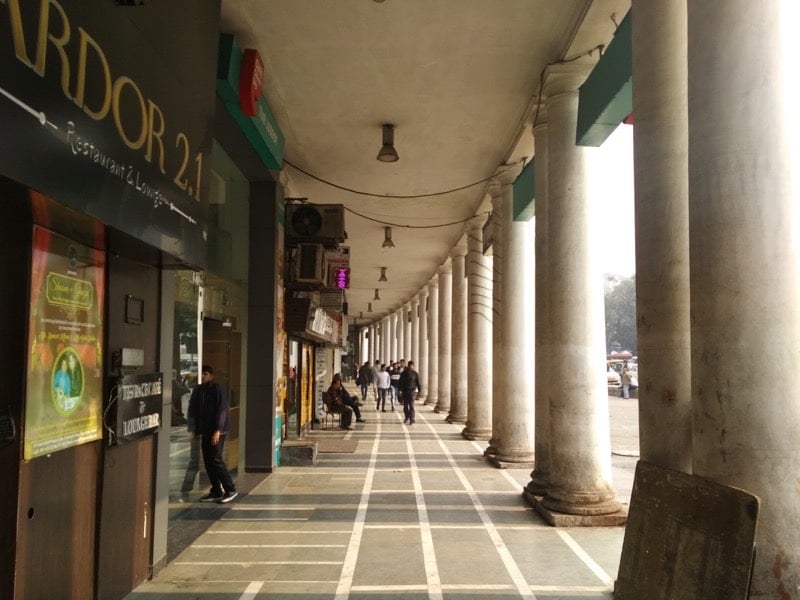 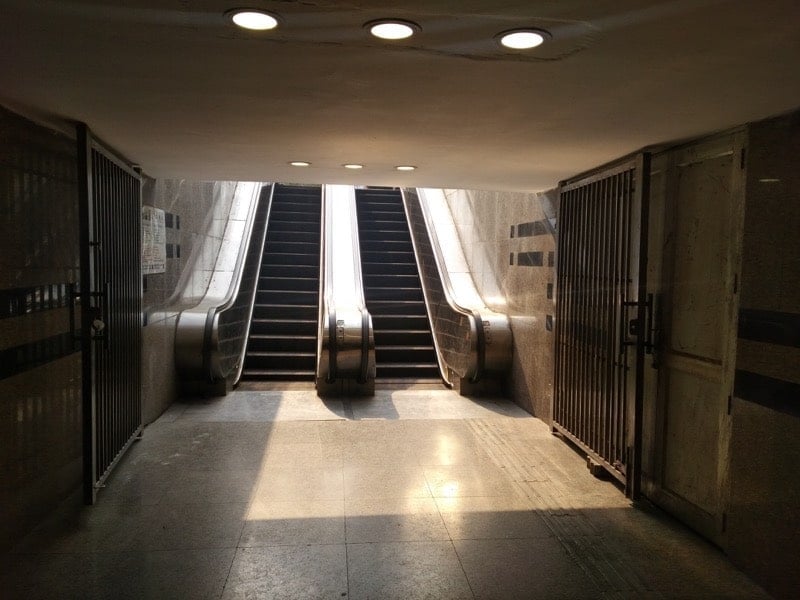 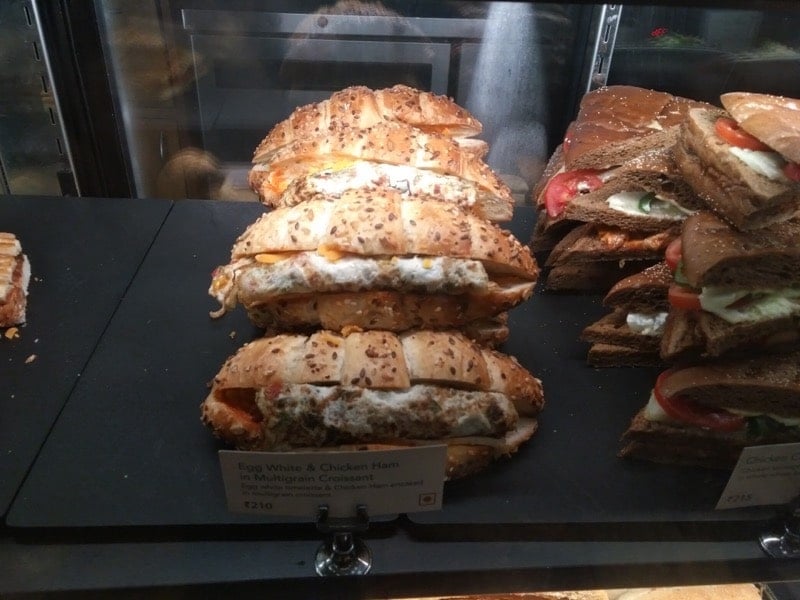 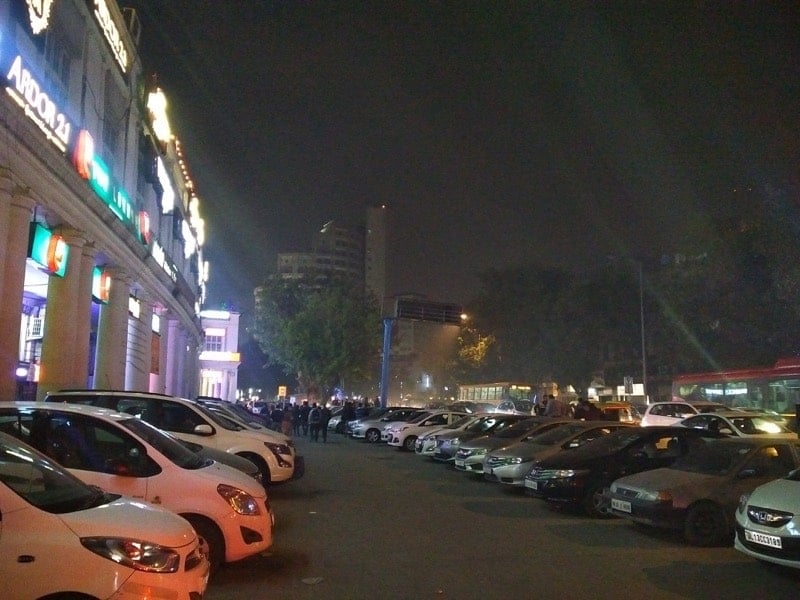 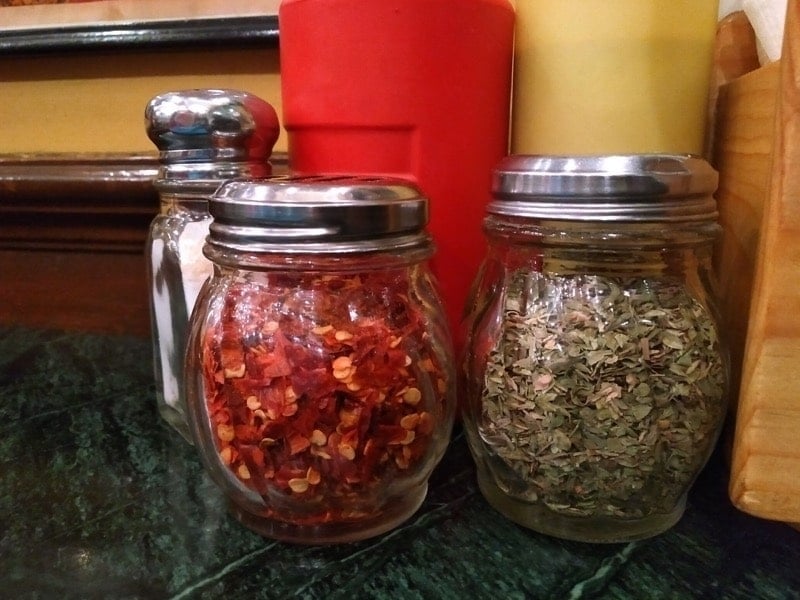 So where exactly does the DTEK 50 stand? At Rs 21,900, it frankly seems a little overpriced for a rather modest spec sheet. Yes, it is a steady performer and we can see people loving the BlackBerry keyboard and the near-stock Android interface, but like its Android predecessors, the DTEK 50 faces the challenge of not really offering anything that is compellingly different at its price point, apart from the “security updates” angle, which not everyone is going to appreciate. Yes, it is great at handling mails and messaging, but then so are many devices in its price band. Yes, it is not as overpriced and under-specced as some of BlackBerry’s earlier “affordable” offerings (remember the Z3 and the Leap?), but even so, it is well off the pace when it comes to not only the better specced and lower priced Z2 Plus and LeEco Le Max 2, but even against the likes of the Moto G4 Plus, which matches its specs and even throws in a better camera into the bargain. There are also the likes of the better crafted Asus Zenfone 3 and the massive display-and-battery combination (always an attraction for the enterprise and productivity crowd) of the Xiaomi Mi Max, whose 4 GB RAM/ 128 GB storage combination more than matches anything the DTEK 50 has. 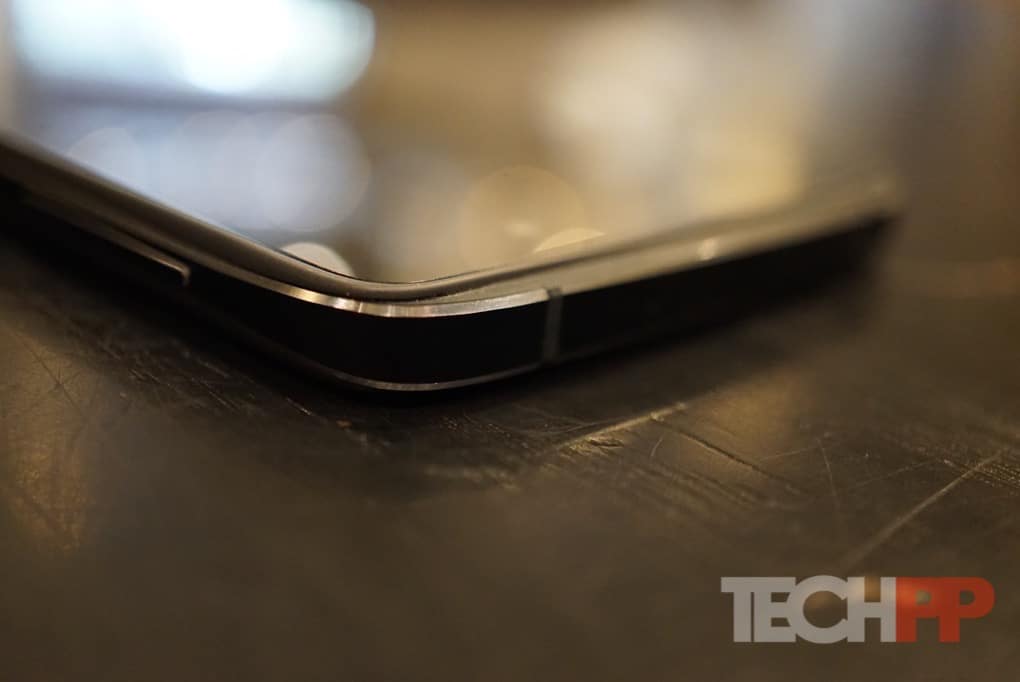 Which kind of sums up the DTEK 50. It is a good device, but nowhere near the greatness that BlackBerry needs. And while it is affordable by BlackBerry standards, those standards still seem a trifle out of sync with ground reality, especially taking the new generation budget flagships into consideration. The DTEK 50 does not do too many things wrong on its own but is out of its depth against some supremely well-equipped competition.

Which sort of sums up BlackBerry too…

Amazfit Bip S Review: The Only Budget Smartwatch You Should…
Mozilla Firefox VPN Service Made Available for Android and…
Handing your phone to a friend? Make sure they can use only…
Is the new iPad Mini 2021 the only "Real" Apple Tablet?
Apple, Google, and Microsoft Join Hands to Eliminate…
Skullcandy Indy Review: Affordable AirPod Alternative…