BlackBerry has officially revealed its qwerty keyboard-equipped Android smartphone, KEYone (Mercury) at an event during the Mobile World Congress. The handset, which was briefly showcased earlier this year, primarily stands out because of its persistent qwerty keyboard, not unlike the Priv which had a sliding one. Apart from that, BlackBerry is touting the security features it has embedded as always and calls it the “most secure Android phone”. 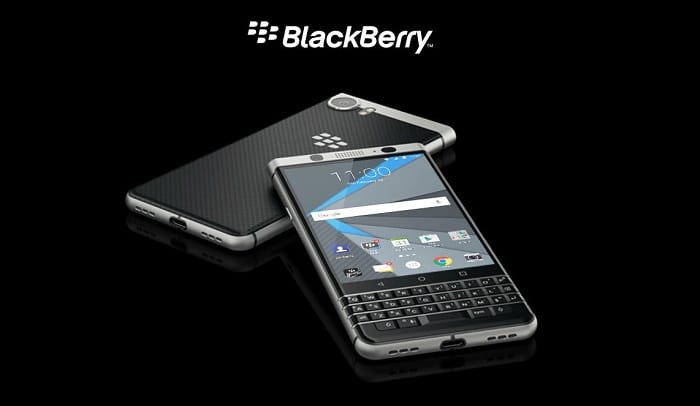 The rest of the story of KEYone, though, is quite standard as far as Android phones are concerned. The design itself is indeed, impressive featuring an aluminum unibody, and a soft textured back that should help while banging on those physical keys. It comes with a 4.5-inch IPS LCD display sporting a resolution of 1620 x 1080 which, considering the size, should be able to produce sharp content.

The TCL hardware includes a Qualcomm Snapdragon 625 processor running underneath along with the Adreno 506, 3 GB of RAM, 32GB internal storage with the ability to expand via a microSD card, and a sufficiently large 3,505 mAh battery with QuickCharge 3.0. With the 625 SoC in sync, the KeyOne should unquestionably be able to generate an impressive battery life.

On the software front, BlackBerry has included the most recent Android 7.1 Nougat with, of course, the company’s own security tweaks, and apps such as the DTEK security monitoring tool. The optics arrangement houses a 12MP rear camera (Sony IMX 378 Sensor), and an 8MP front camera with flash. The camera quality should be interesting to test out since it uses the same sensor found on Google’s Pixel smartphone.

The keyboard found on the KEYone also comes with a few tricks up its sleeve. The keys can be programmed to quick launch apps, and it acts as a touchpad. Moreover, all 52 letter keys are programmable, so you can configure, for instance, F for Facebook, U for Uber, you get the idea. Furthermore, it incorporates “Flick Typing” allowing you to employ predictive typing with the use of gestures. Lastly, there’s a fingerprint reader, NFC, and a USB Type-C port. BlackBerry KEYone will be available globally starting from April and will be priced at $549. One can also go to BlackBerry’s website and preorder the KEYone.