Mobile World Congress (MWC) 2017 witnessed a number of new devices with cutting edge technology. Companies like LG, Sony and Lenovo launched a number of products but there was one product at the event which stole the show. This product did not have any new technology, was not launched with a hefty price tag and did not even have proper apps. But one thing this product had in abundance was “Nostalgia”.

We hope by now you have figured out that we are talking about the Nokia 3310, the feature phone which made a comeback after 17 long years. While it was no secret that the Nokia 3310 was going to (re)launch at the MWC, we did not really know what to expect from the phone. The previous version of the phone had sold millions of units and people around the world had various “memories” attached to the phone which obviously brought in the “nostalgia” factor.

While the die-hard Nokia fans around the world were getting on the nostalgia train and taking a tour back in time, we, however, could not really convince ourselves to buy the ticket for that train. Our editor did go to Barcelona and actually liked the phone but hey, we have a teeny problem with it. And sorry to prick your bubble of sentiment but, the stark fact is:

Yes, apart from the name and the blocky Nokia logo on the back of the phone, we could not find anything remotely similar between the two devices. Still, do not want to believe us? Here are some comparisons to help you take the “nostalgic blindfold” off:

Still feel nostalgic? We know, there will be a Nokia loving crowd which is going to say that it is an upgrade and it has to come with changes. Fine, we say. But in that case, why the name?

Nokia 3310 is the classic case wherein the market, the product becomes the brand – for many people in 2000, the 3310 WAS Nokia. We understand that the new avatar is an attempt to revive the same old magic created by its ancestor, but somehow – hey, we can get sentimental too – we do not think the new feature phone or any new feature phone can be compared to the original. No matter what you call it. 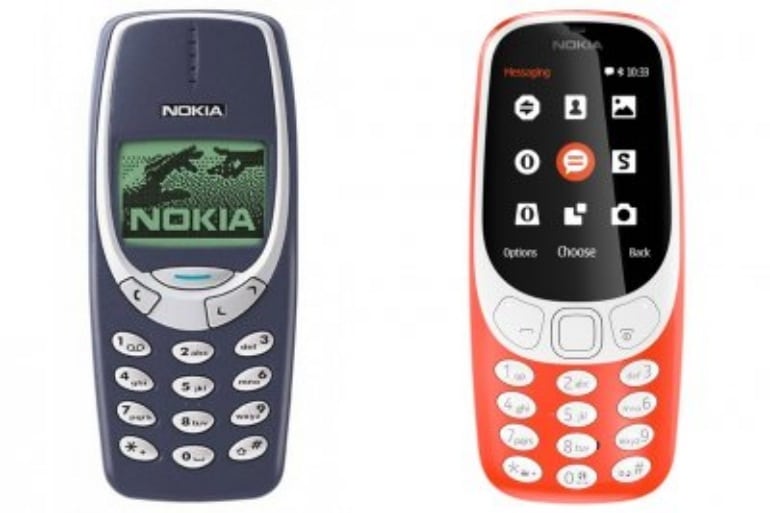 We know a lot of people would give the Nokia 3310 a green flag on the basis of nostalgic feeling but that does not seem right to us. HMD might be trying to leverage the name but in our book, the new 3310 does not really resonate with what Nokia 3310 was back in 2000.

By using the Nokia 3310 name for a phone that actually looks and works differently, HMD has successfully created hype around the phone and it has got them a fair amount of coverage and this actually might help Nokia even make a massive come back. Fine. That is marketing perhaps. But at some point, it does not quite strike a chord with us – it is like Palm making a comeback with a new, revamped Treo and claiming it is the same device as it was in the past, in spite of having rejigged its software and hardware (like Nokia has with the 3310). One has to understand why the past is the past.

Don’t get us wrong. We have nothing against the new 3310 – we even wrote a song for it! The phone is full of new features and has got a new look. And we would have been just fine if the company had named the device something other than the Nokia 3310 – why not the 3400, why not the Nokia 3 series, why this need to insist that we have been served a slice from the past? This feeding on nostalgia instead of moving forward towards better and newer versions, seems a little dangerous, at least to us.

Nostalgia is all very fine. But at the end of the day, it is the phone which we are going to review, not the feeling.

It is the phone you are going to use, not the feeling.

Was this article helpful?
YesNo
TechPP is supported by our audience. We may earn affiliate commissions from buying links on this site.
Read Next
With Football Manager 2023 Touch, Apple Arcade finally has its “killer ...
#Nokia 3310 #Opinion