Time and again we have pointed out that the camera has become on of the most important components in a smartphone these days in marketing terms. For a long time, high-end camera technology and features were only available in high-end smartphones, but of late, camera-centric phones have stepped into the budget and mid-range segment as well. And even as its rival go for dual cameras, Moto has launched the budget-friendly Moto G5 Plus and one of its USPs is -you guessed it – the camera. The smartphone comes with a 12-megapixel primary camera with Dual Pixel Autofocus and a large aperture of f/1.7 (technically, very similar to Samsung Galaxy S7/S7 Edge), making it easily one of the best-specced cameras in its price segment. But does it click as well as its specs promise? Read on to find out. 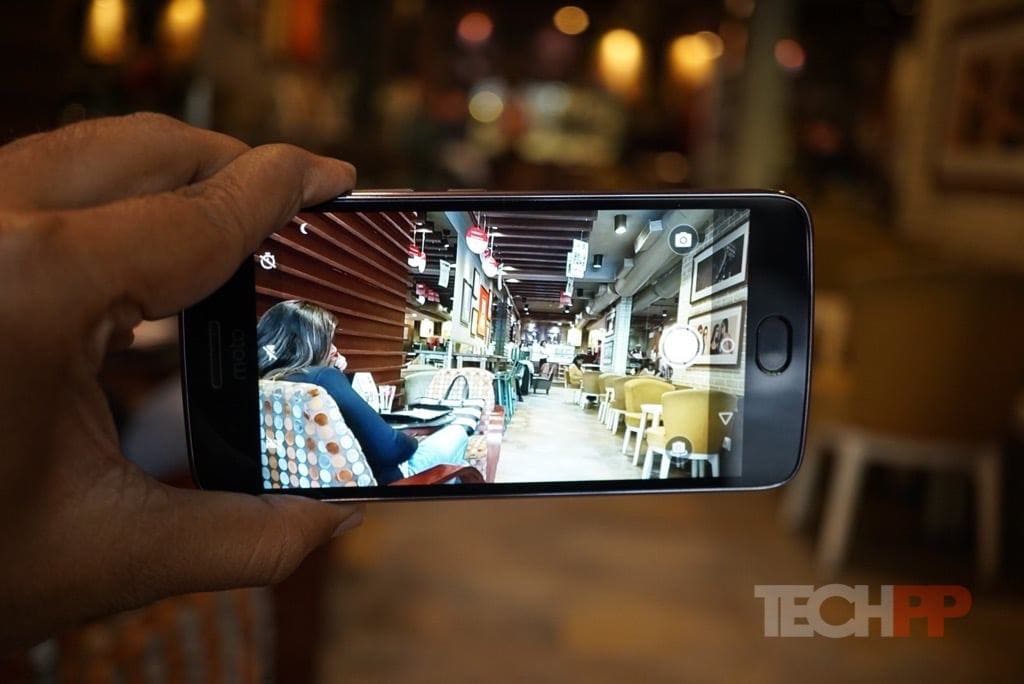 The new addition to the G family comes with a 12.0-megapixel primary camera and 5.0- megapixel secondary camera. Yes, we know that its predecessor, the Moto G4 Plus came with an extra megapixel but the G5 Plus comes with a larger aperture – f/1.7 which is a rarity to see in this price band (to see the different aperture can make, check our Tech Detox). The same aperture value was seen in the high-end Samsung Galaxy S7, which is considered by many to have one of the best cameras ever seen on a phone. Also on board are Dual Autofocus Pixels that Motorola claims allows the camera to focus very fast indeed. Interestingly, however, Motorola has not disclosed the name of the sensor being used in the camera, a rarity in these days (we tried using third party apps to find out but could not get an answer). 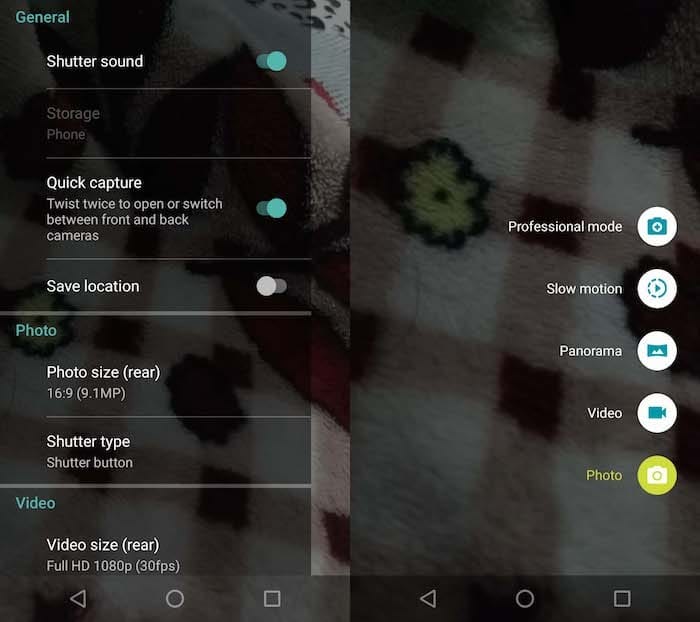 Also, unlike many camera-centric smartphones that are generally laden with different features and modes, the G5 Plus follows a more plain, road less traveled. Blame it on stock Android which the G5 Plus runs on, that comes with a limited number of features and modes. The interface is clean and simple. The camera app has its main buttons on the base of the app, just above the on-screen navigation buttons for the device, with a round shutter button in the middle. There are also buttons to control HDR (you choose between on, off and auto), the flash (which has the same options) and a timer. You can also use the volume buttons to take pictures. Standard stuff.

Although the G5 Plus runs on stock Android, the camera app does offer some modes – Professional Mode, Slow Motion, Panorama, Video and Photo. Swiping to the right will lead you to general settings where one can fiddle around with options like turning off the shutter sound, saving locations of the photos, changing shutter type amongst others; while swiping right to the left will take you to the gallery app of the phone, showing you recently captured snaps. One can also zoom in digitally up to 8x by sliding up and down on the top left side of the viewfinder. It is simple and uncluttered and easy to understand, but those who have seen many more shooting options on Xiaomi, Nubia and Honor devices at this price point might feel a little disappointed.

Delivers on detail, detergents on colors!

Now that we are done with the basics, let us get to the performance bit. Let us get one thing out of the way: the Moto G5 Plus actually has a very good camera. In fact, it is hands down the best camera we have seen on any Moto G ever. We took a number of pictures with the Moto G5 Plus and it did deliver most of the times. 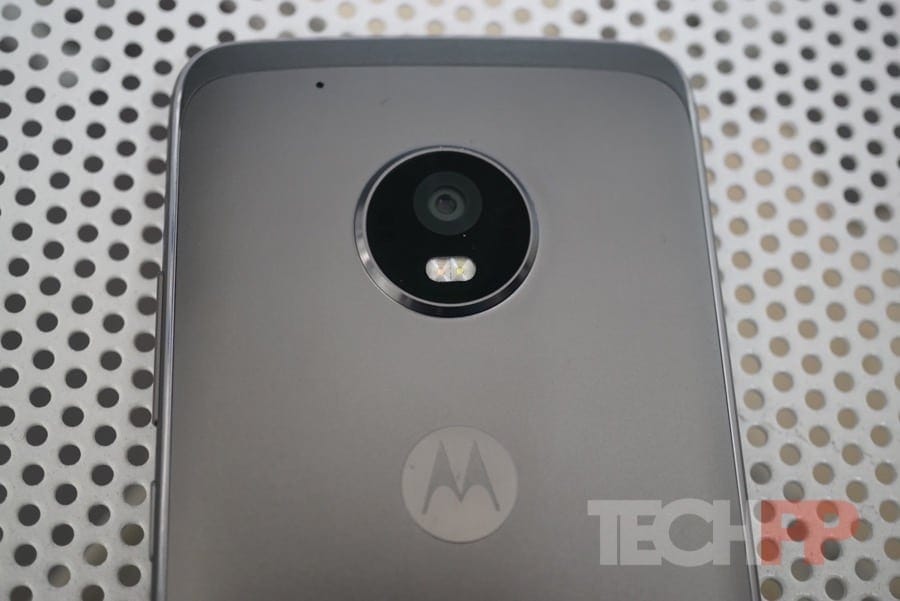 Unlike in some smartphones where zooming into a picture seems like just stretching the already exhausted pixels, the G5 Plus retained sharp detail – zooming into a certain extent did not really feel like we are murdering the details, although the blurs did creep in if we zoomed in way too much (which we think happens with most phones). The f/1.7 aperture is also not just a number. The larger aperture allows more light to enter into the lens of the camera, and this specifically makes the low light photography experience far better on the G5 Plus than on other phone cameras at this price point. The close ups on the phone are also a treat. We clicked pictures of some flowers with the G5 Plus and along with great detailing, the phone also produced decent bokeh shots as well. 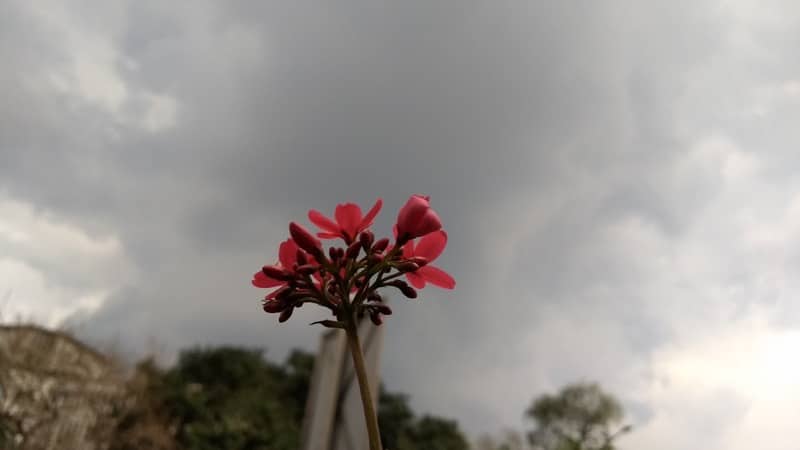 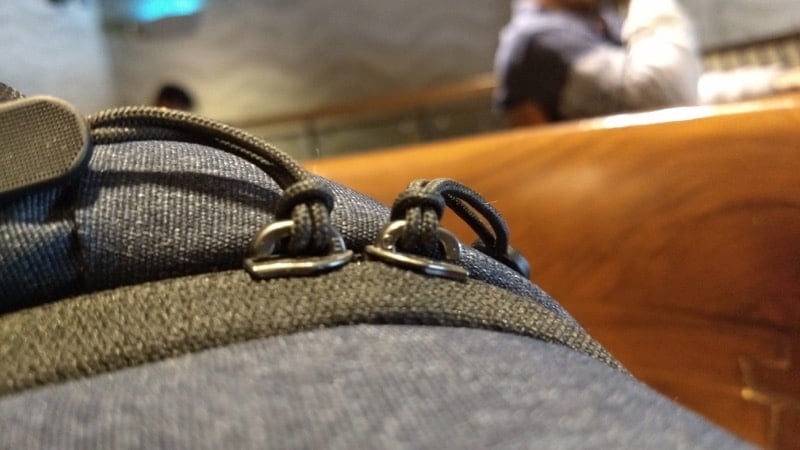 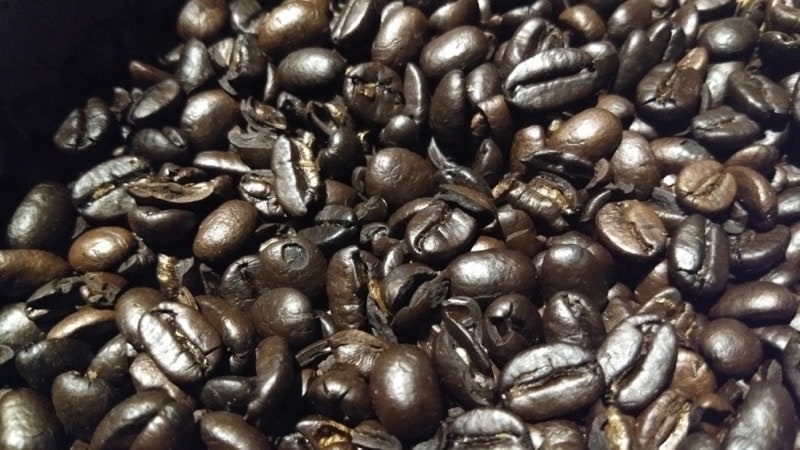 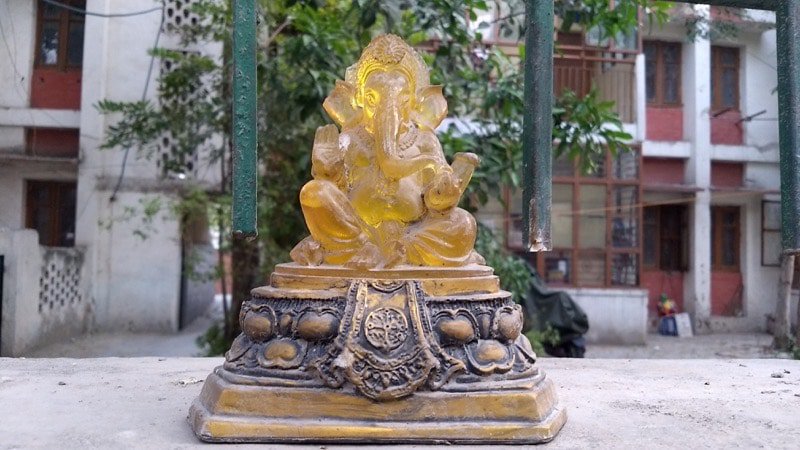 But this is not a fairy tale where the prince and the princess (or sensor and aperture) lived happily ever after. There are some negatives as well. The colors produced by the G5 Plus seem a little washed out. And the camera seemed as if it is unable to produce the colors in the same way as they actually are, especially in well-lit settings. The pictures lose contrast and at times the image seemed a little pale. We have had problems with colors in other phones too but while most of the phones generally produced images with saturated colors (like the Nubia N1) the G5 Plus often produced pictures which looked as if they have just come out of a washing machine with particularly strong detergent` – the colors looking washed out. Yes, this is the era of very good image editors and we are sure that a bit of tweaking can fix the colors, but we really expected better colors out of the box. 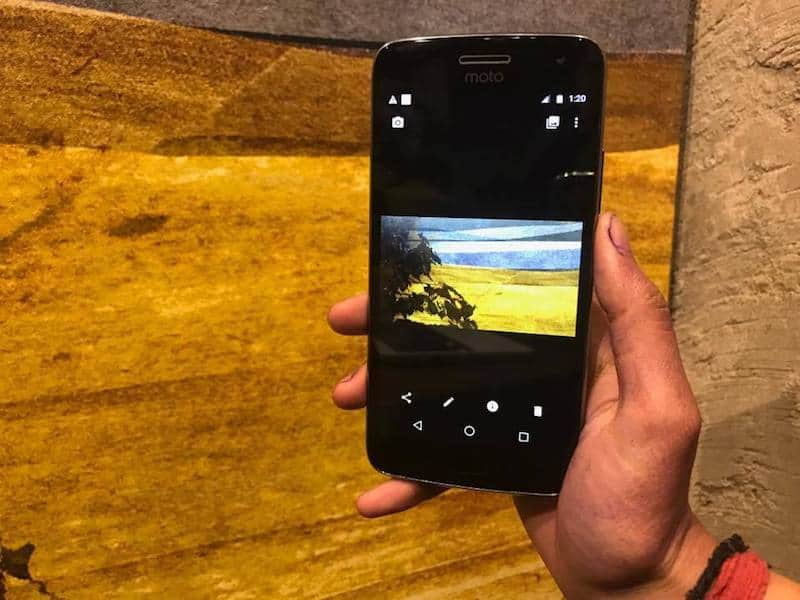 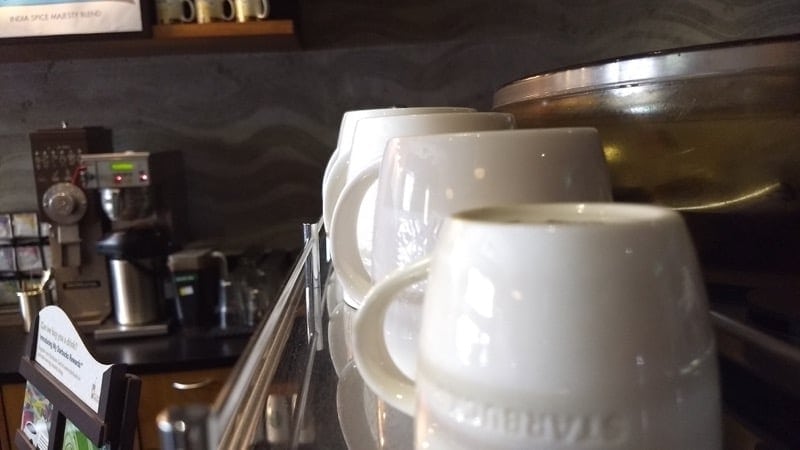 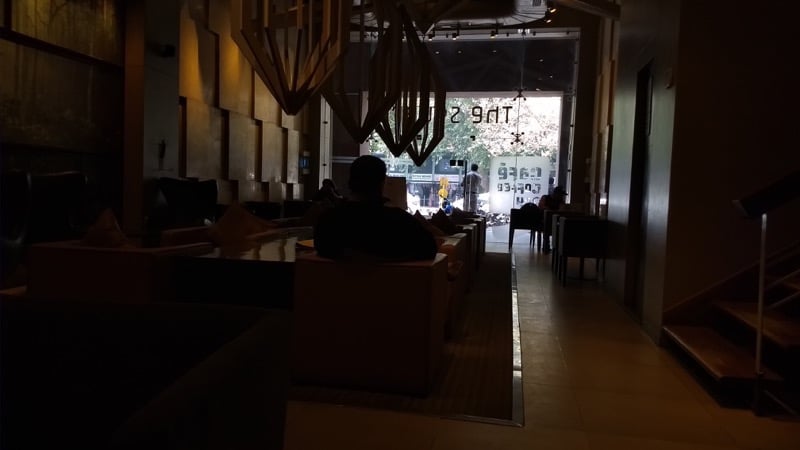 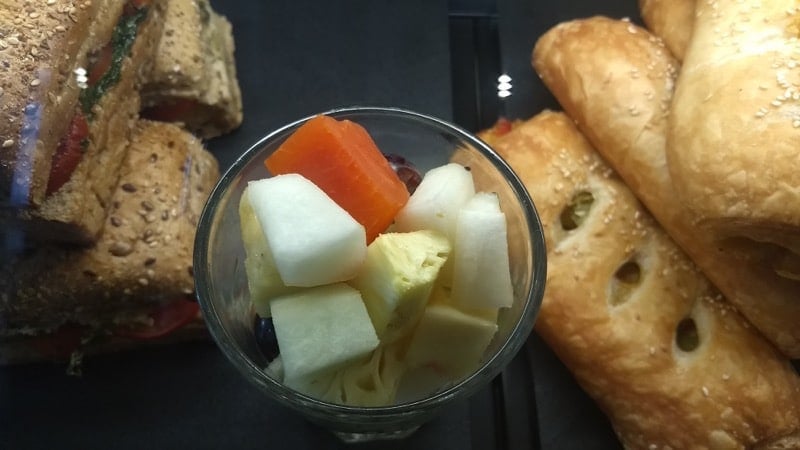 Then there is the interface – yes, we love the absence of clutter in general in stock Android but plain-full gets painful when it comes to the camera. The camera app is just way too simple. There are just five modes, out of which two are video and photo, which really make it three other modes to play around with. And this can be annoying. We once wanted to create a time-lapse and reached out for the G5 Plus only to find out that there is not any such mode in the camera app, which was a little disappointing. And while the Dual Auto Focus pixels do make focusing fast, the G5 Plus takes a few seconds to process images taken from modes like Slow Motion or Panorama. Video quality is decent enough without being exceptional, and you can shoot 4K videos too. 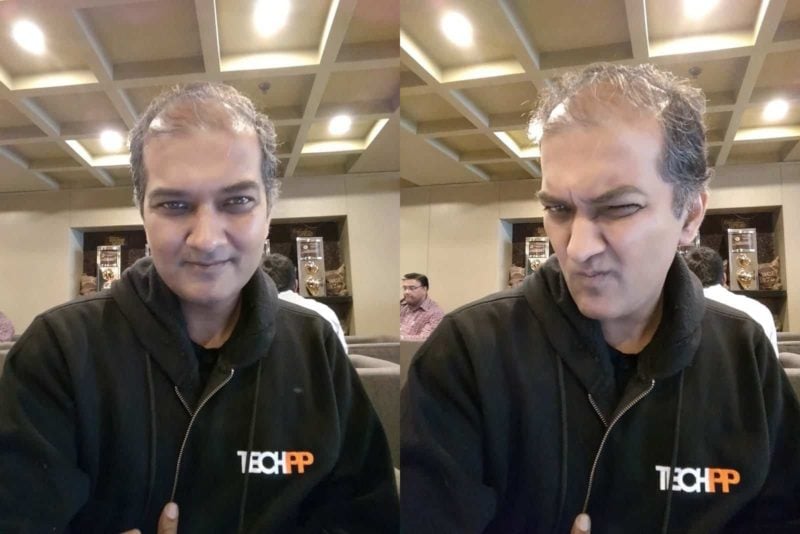 The 5.0-megapixel front camera interface is also relatively simple, although it does come with an additional beauty mode option. The front camera once focused on the face of the subject blends all the fines lines and spots on a smaller scale which may be a blessing for some but we think we just lost a lot of detail because of this and which forced us to see if we have turned off the beauty mode. The beauty mode just took the matters up a notch and blended all our scars and lines into a plain clean skin, although thankfully it stopped short of making our eyes bigger and skin pinker. That said, we think the front camera on the Moto G5 Plus beats the front camera of many devices falling in this range.

Yes, we do think this is the best camera we have seen so far on any Moto G phone. And it is good enough to be one of the strong points of the phone, especially among those who do not like crowded interfaces and believe in hardcore point and shooting. That said, we think that those who were expecting picture quality that would be close to that of the Galaxy S7, the Pixel and OnePlus 3T, will be disappointed. The Moto G5 Plus is a steady, simple point and shooter, and takes its place alongside the likes of the dual camera Honor 6X in being the benchmark for photographic quality in the sub-Rs 20,000 (and in the case of its lower priced edition, sub-Rs.15,000) price range. If your needs are as simple as pointing, saying cheese and shooting, this is one of the better cameras at its price point!

Was this article helpful?
YesNo
TechPP is supported by our audience. We may earn affiliate commissions from buying links on this site.
Read Next
Skullcandy Mod Review: Betting on doing the basics well
#camera #Moto G5 Plus #Photography #review