Remember Google Earth? That free satellite service you used to look up your home? Yeah, it is relaunching today with new features that showcase the best of this world and good news! You don’t need to install its dedicated app anymore, Google Earth now works directly in your browser. 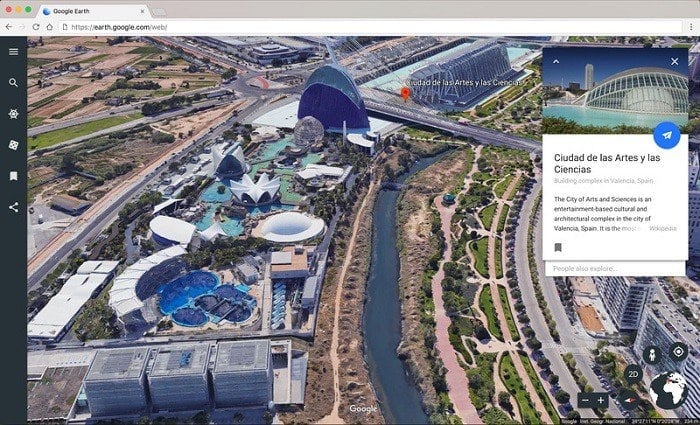 Google today announced a complete overhaul of its Earth service. The first big feature, of course, is the fact that you can browse it directly in the Chrome browser. The company also plugged in its extensive Knowledge Graph, hence, you can get familiar with the place through little chunks of information that are surfaced directly in search. Now, every time, you search for a location, a “Knowledge Card” will be pop up along with it which will contain more details such as attractions, geographical stats and more.

Furthermore, Google has added something called Voyager which will allow you to browse “interactive guided tours” created by scientists, nonprofits and other “storytellers.” For instance,  a collection called “This is Home,” highlights traditional houses around the world like reed houses in Peru or Bedouin tents in Jordan. Initially, the company has partnered with BBC and Sesame Street but Google says they’ll continue to extend this list in order to keep Voyager updated with fresh content. 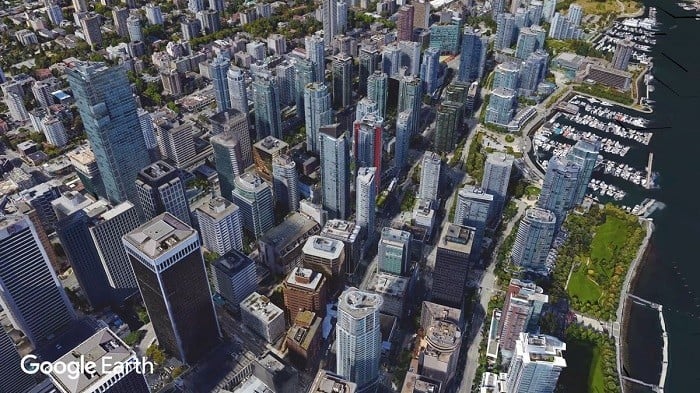 With the redesigned Google Earth, you also have the “I’m feeling lucky” button, clicking on which will take the app to one of the twenty thousand random locations curated by Google staff. There’s also a new 3D view that lets you explore a bunch of places in rich 3D detail instead of the archaic flat satellite imagery.

Apart from sharing via links, users on smartphones can also send “postcards” of the places they find. Google Earth has been downloaded over 2 Billion times until now, however, adding native support for Chrome, certainly makes it significantly more accessible especially for Chromebook users which are gaining rapid popularity in the education sector. The new update is currently available for the web and Android, but Google does mention support for iOS and other browsers is coming in the near future.

If you don’t want to wait for the Android update or in case you live in unsupported countries like India, grab the APK file from here.

Was this article helpful?
YesNo
TechPP is supported by our audience. We may earn affiliate commissions from buying links on this site.
Read Next
Google Finally Enables its Custom Pixel Visual Core Chip for Third-Party Apps...
#Google Earth #Update