Call it one of the life’s quirks, but sometimes what gets promoted as the best feature of a product gets overshadowed by what was supposed to be, well, not quite as important. Remember Danny Boyle’s “Steve Jobs”? Well, the film was supposed to be all about Michael Fassbender as Steve Jobs. But somehow, at the end of the day, it was Kate Winslet who ending up stealing the show with her performance as Joanna Hoffman. Or how although the Galaxy Note was launched with the S-Pen stylus as a highlight, it was its large Super AMOLED display that emerged as the trendsetter, triggering the phablet rather than stylus era. 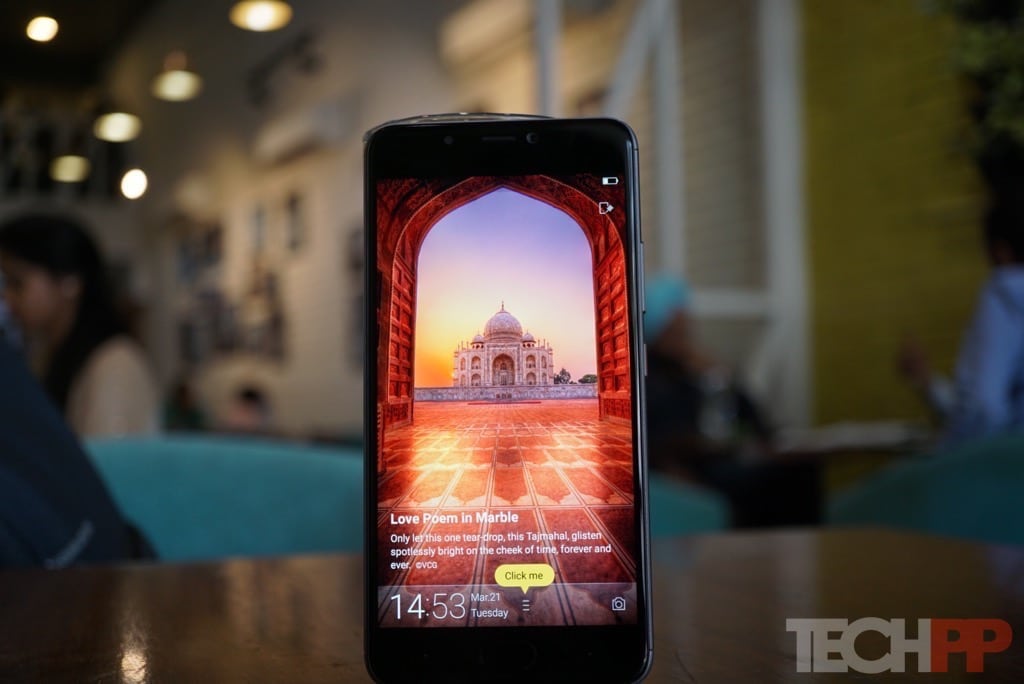 Well, something similar has happened in the case of the Gionee A1. The phone was launched with a focus (pun intended) on its 16.0-megapixel selfie camera, backed with a high-profile Selfiestan ad campaign featuring Bollywood star Alia Bhatt. But after a few weeks of using it, we really think that there is more to Gionee’s flagship other than a high megapixel front-facing camera.

But let us get that selfie camera out of the way first – a 16.0-megapixel affair with a f/2.0 aperture and a flash. Decent hardware but not really eye-popping in an era in which the likes of Vivo and Oppo are hitting us with dual front facing cameras and high megapixel counts on selfie cameras. That said, there is no doubt that the selfie camera on the A1 is a decent one. In decent light conditions – daylight, well-lit indoors – the camera will deliver good selfies more often than not. We are not massive fans of selfie flashes but yes, it does come in handy in low lit conditions. Gionee has thrown in some software tweaks into the selfies mix, for those who want to use their phones as digital beauty parlors, including smoothing and whitening skin, slimming faces, and enlarging eyes. Yes, they actually work and their results are impressive or frightening, depending on your inclination – they do alter appearance significantly. There are also some live filters, and the camera delivers on the detail front even though we found colors slightly washed out at times. It is a good selfie camera but honestly, it stops short of being a great one. 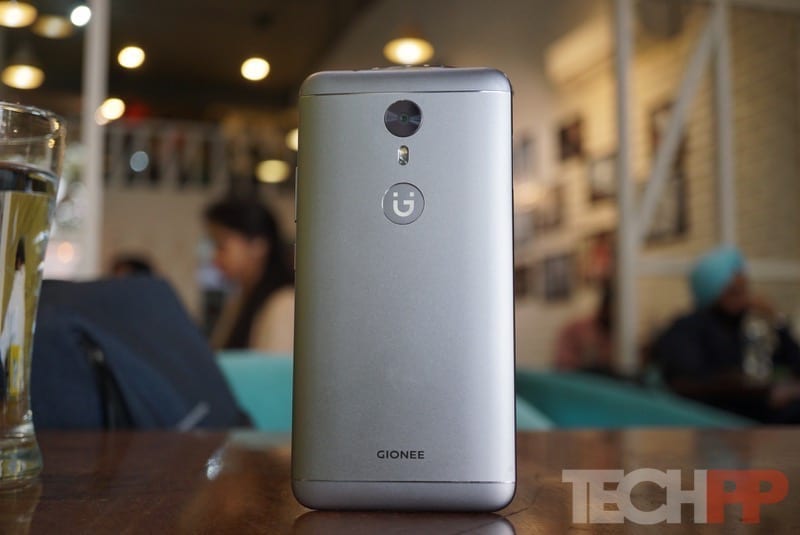 It might not have garnered the sort of attention that the front camera did, the 13.0-megapixel rear snapper on the A1 turns out to be a good performer, especially in good light conditions. Colors were slightly oversaturated and we thought that at times detail got slightly compromised but on most occasions, the camera delivered some very good snaps indeed. Gionee has put in a number of shooting modes including Night, Time Lapse, Slow Motion and Smart Scene and even added “productive” modes like Text Recognition, Card Scanner and Smart Scan. The camera performed at a decent clip most times and results were good, though we would have preferred a tad less saturation (a pale blue sky looking rich indigo blue gets a bit much). This is one useful camera, we must concede. Pity, it got overshadowed by the Selfie deluge. 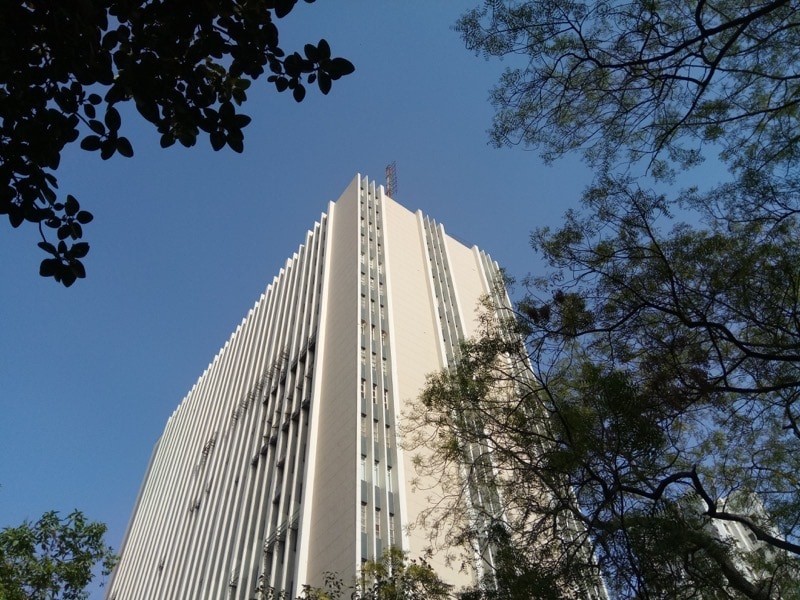 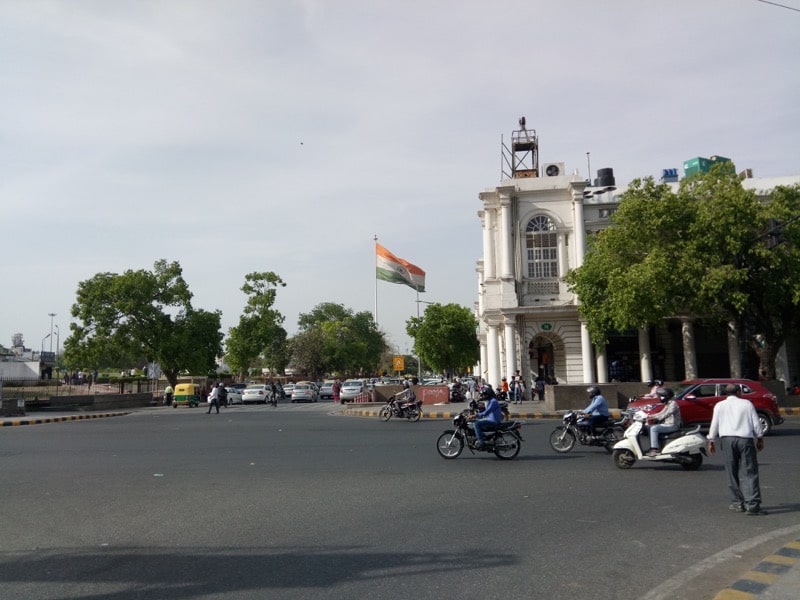 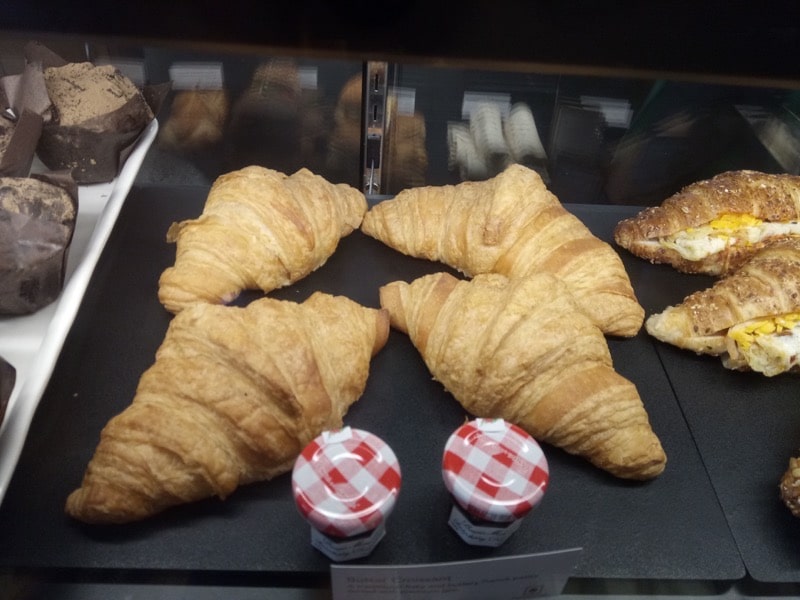 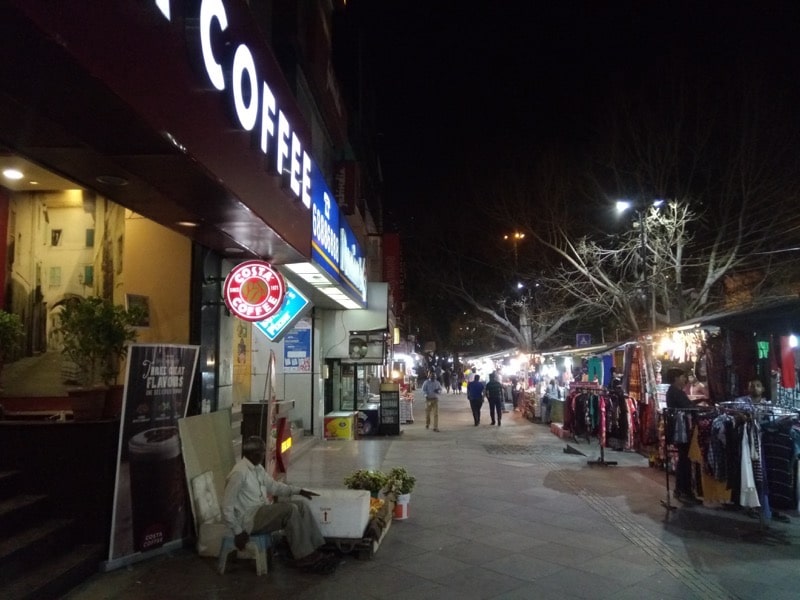 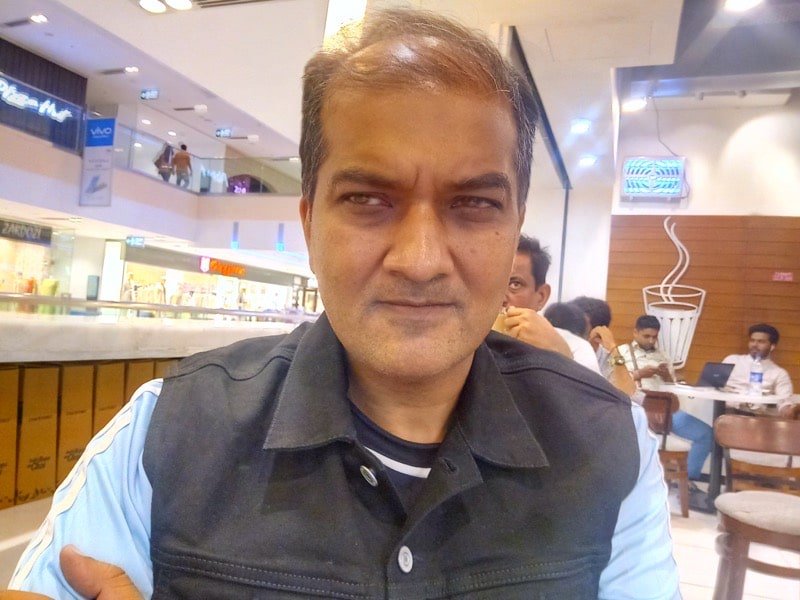 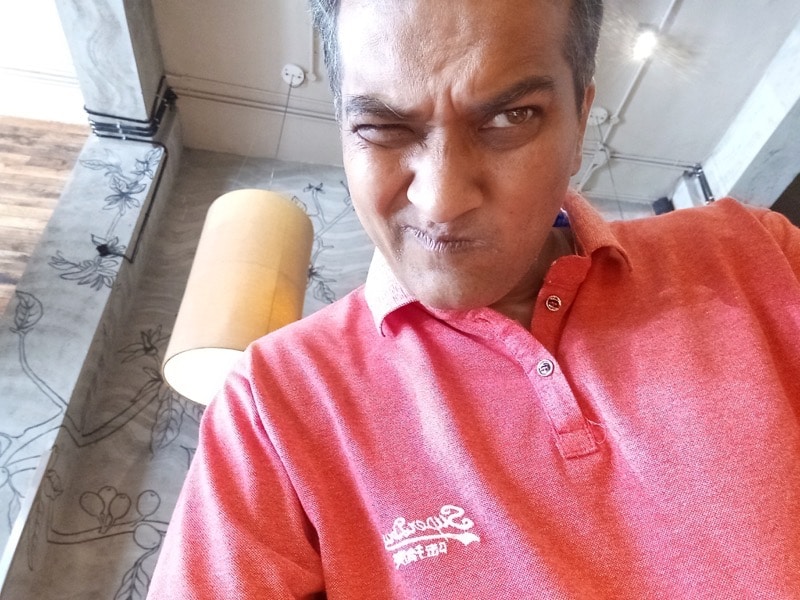 We have talked about the appearance of the Gone A1 in our first impressions of the device (https://techpp.com/2017/03/21/gionee-a1-first-impressions/). Suffice to repeat that the A1 might not conform to the bezel-less era (there are rather prominent ones around that 5.5 inch display) and be a bit on the long side, but it nevertheless is a handsome enough device, and a very solid one (made of aircraft grade metal we are told), albeit slightly heavy at 182 grammes. We just wish the Gionee logo was not located below the camera which fingerprint scanners in many devices are placed – even though the fingerprint scanner on the A1 is placed below the display, we found our fingers tapping the logo on the back! 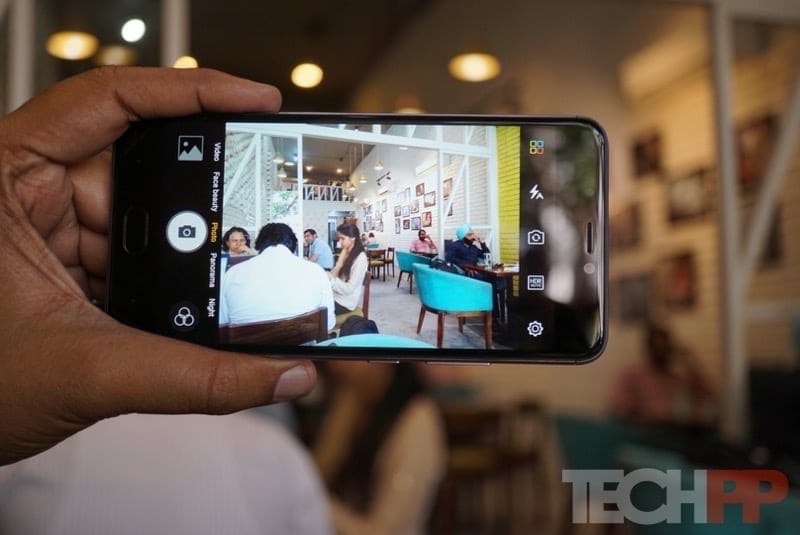 And although the phone has a decent spec sheet (a MediaTek Helio P10 processor with 4 GB RAM and 64 GB storage – expandable to 256 GB using a memory card in the hybrid SIM slot – and 4G, Wi-Fi and Bluetooth connectivity), the twin stars of the device, in our opinion, are the display and the 4010 mAh battery. The 5.5-inch full HD display is one of the better ones we have seen at this price point, and is pleasantly bright and handles colors very well indeed. Some might complain that the colors seem too bright, but honestly, we found watching videos and even browsing the Web on the display a delightful experience even in broad daylight. And then there is that large 4010 mAh battery backed by what Gionee terms “dual core fast charging” – technicalities aside, it basically means you can charge your phone in under two hours. Mind you, it will be a while before you need to recharge the phone itself because we found ourselves getting consistently close to two days of battery life out of the device in spite of some pretty heavy usage (a few hours of calls, lots of photography, social networks and mail and lots of browsing, with the odd video and gaming session). A great display and a great battery – Gionee deserves a round of applause for getting those basics right. Some might quibble about the absence of a Type-C USB port but given the fact that the phone charges briskly enough, we have no complaints, really – one cannot be tetchy just for the sake of tech!

The general performance of the phone sees it tick most boxes. We faced no problems during multi-tasking with close to a dozen apps running, and it handled casual gaming well enough, although the phone did heat up when we dragged it into heavy duty gaming territory with the likes of Asphalt and Hitman: Sniper. Although its benchmark scores are on the modes side, there seems to be no discernible performance trade-off, and we can easily put the A1 in the category of smooth performing devices. Some credit for this also should go to the Amigo 4.0 UI on top of Android 7.0 on the phone. In the past, we have been critical of Amigo cluttering up the UI of Gionee’s devices but the A1 sees it at its most sober. No, it will not make stock Android enthusiasts sigh with happy delight, but neither is it likely to hit you with a trunkful of features at first go. 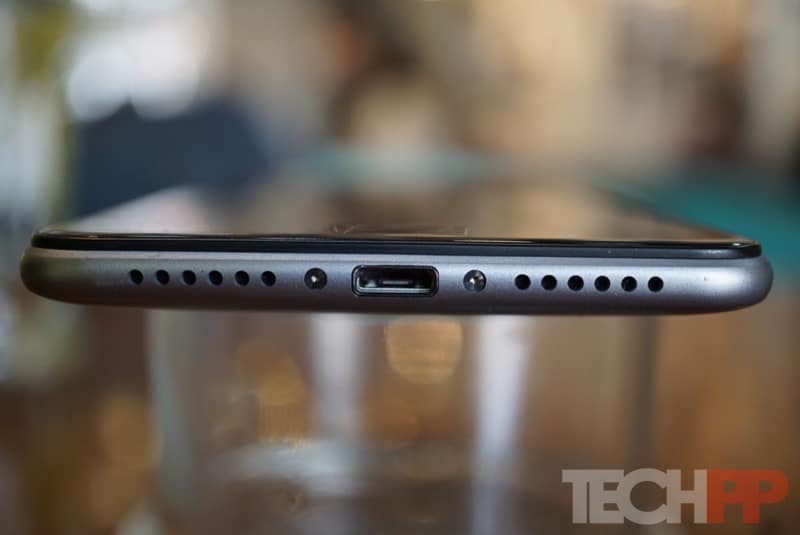 You will need to scratch the surface a bit to see a rather rich feature set, which includes support for gestures and the ability to access select apps by swiping across the fingerprint scanner (the apps “peep” in from the edges of the phone). We also like the option of being able to access basic settings by swiping up from the base of the phone – something that is a lot easier on larger phones. Yes, there are a number of additional apps installed on the phone, but unlike some brands, which tend to throw them at you at every opportunity, they are largely in the background (mostly in a folder titled “System”). The result: the phone does have bloatware, but does not seem bloated. The phone received a software update even as we were reviewing it, which is a good sign because it came even though there was nothing fundamentally wrong with the device – hopefully Gionee will keep those updates coming. 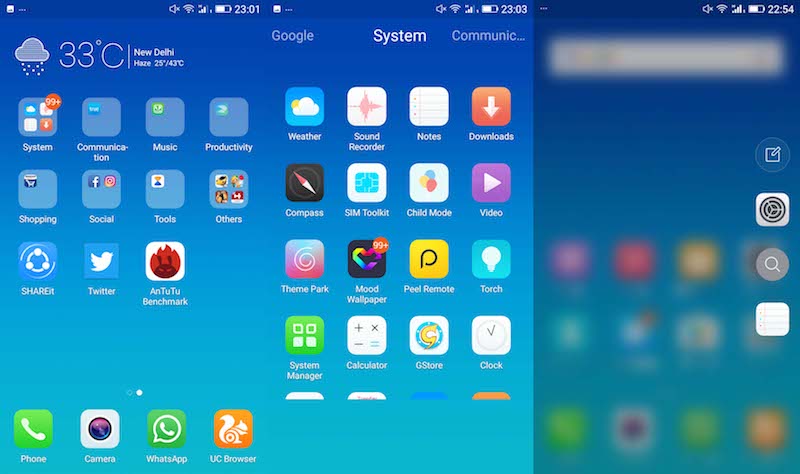 No, this is not to say the A1 is perfect. We found its fingerprint sensor to be slightly erratic, sound on the loudspeaker was a trifle on the lower side (call quality and sound over headphones are good, though), the absence of backlit touch navigation buttons next to the fingerprint scanner is odd, and the phone’s penchant of heating up when in HD gaming or heavy photographic territory can be disconcerting. But none of these can detract from the fact that all said and done, the A1 is a solid, consistent performer.

Cut from a classic fabric 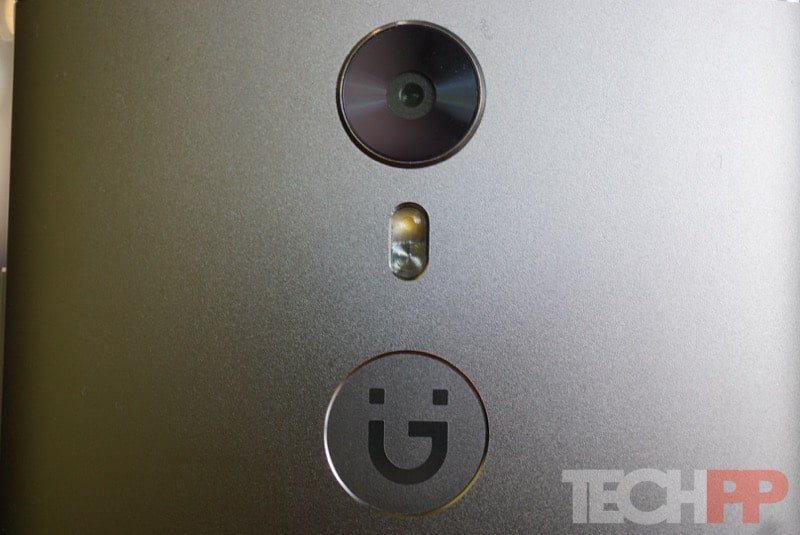 So where do we place the Gionee A1? At its price of Rs 19,999, we think does face some stiff competition from the likes of the Lenovo Z2 Plus, which features a Qualcomm Snapdragon 820 processor, the Honor 6X which throws in two very good dual cameras and the recently released Moto G5 Plus, which scores on the camera front. But to its credit, the A1 does not get overwhelmed by these worthies. Indeed, we think that for the mainstream consumer seeking a phone for under Rs 20,000, the Gionee A1 pretty much is one of the better options. It does not have any single feature that will blow you away – no matter what La Bhatt might say about Selfiestan – but it scores heavily on the basics: display, battery and smooth general performance. And does decently on most other fronts.

For most consumers, those will more than suffice. It is the same cloth from which the likes of the classic Moto G was cut. And it is damn good fabric!

[shopsmart product=23359]
Was this article helpful?
YesNo
TechPP is supported by our audience. We may earn affiliate commissions from buying links on this site.
Read Next
Skullcandy Mod Review: Betting on doing the basics well
#Gionee #Gionee A1 #review #Selfie