In 2018, Xiaomi came out with a product that surprised a lot of people. The Poco F1 was not a marvel of design, but it came with crazy good specs for a price that was amazingly affordable, and it kept getting better with updates. In fact, the device was such a cult hit that fans in India kept asking when the Poco F2 was going to be released. Rather intriguingly, Xiaomi would keep referring to the Poco F2 in its communications, but it never officially released the phone in India. 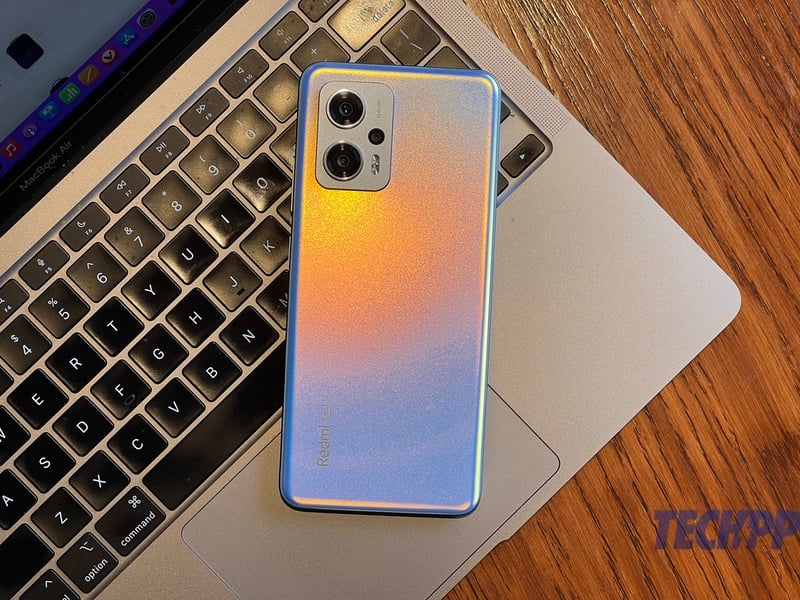 Well, there is good news for those waiting for the Poco F2 – the phone has been released in India. Only under a different name. Xiaomi has chosen to call it the Redmi K50i 5G. Yes, it is being marketed as the return of the Redmi K series to India, but make no mistake about it, this is a phone with a Poco F1 soul.

It has been almost four years since the Poco F1 was released, but it is amazing how similar the K50i is to it in terms of core philosophy. Like the F1, the Redmi K50i basically brings very good specs and a very good performance (pumped up by an update or two) to the table at a surprisingly affordable price. Even the main criticisms it faces from many quarters are the same as the Poco F1 had faced – why is the design so plain, and why doesn’t it come with an AMOLED display?

Let’s get this out of the way; the Redmi K50i is really all about performance. In terms of design, it is a little on the plain side. Yes, it does have a color-shifting Phantom Blue shade (the variant we got for review), which shifts between shades of gold and blue. There’s also a metallic-looking Quick Silver and a Stealth Black shade (our favorite), which is quietly elegant, but there is nothing here that will make heads turn. The Redmi K50i is a large, slightly heavy phone – it is 163.67 mm tall, 8.87 mm thick, and weighs about 200 grams. The front is a 6.6-inch display (Gorilla Glass 5 protected) with a punch hole notch in the middle of the top, and the back is smooth carbonate with a glass-like finish – many would mistake it for glass if not told otherwise. The metallic-looking camera unit juts out a little and is rectangular with two big lenses and a smaller one. It is a decent-looking device but does not scream for attention. 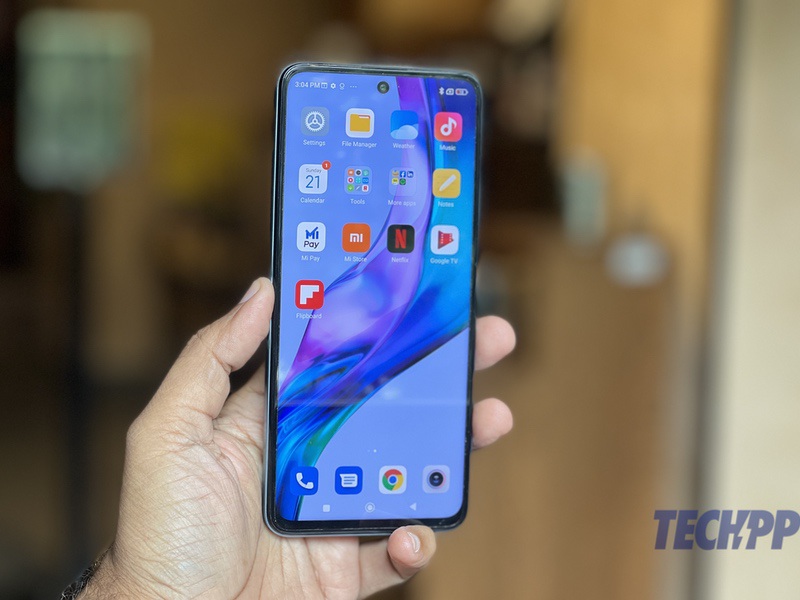 The sides are mostly straight, with just a hint of a curve near the front and back. On the right side is a fingerprint scanner which also doubles up as a power/display button, and there are speaker grilles on the top and the base. But perhaps one feature that will catch the attention of many is the presence of a 3.5 mm audio jack right on top of the phone – a welcome addition given how rapidly it is disappearing from the segment.
We were a little disappointed to see no splash resistance on the device, given that so many Xiaomi devices have it.

All in all, the Redmi K50i is a sturdy but unspectacular-looking device unless you start moving the Phantom Blue variant in the light, making it change colors a trifle gaudily. 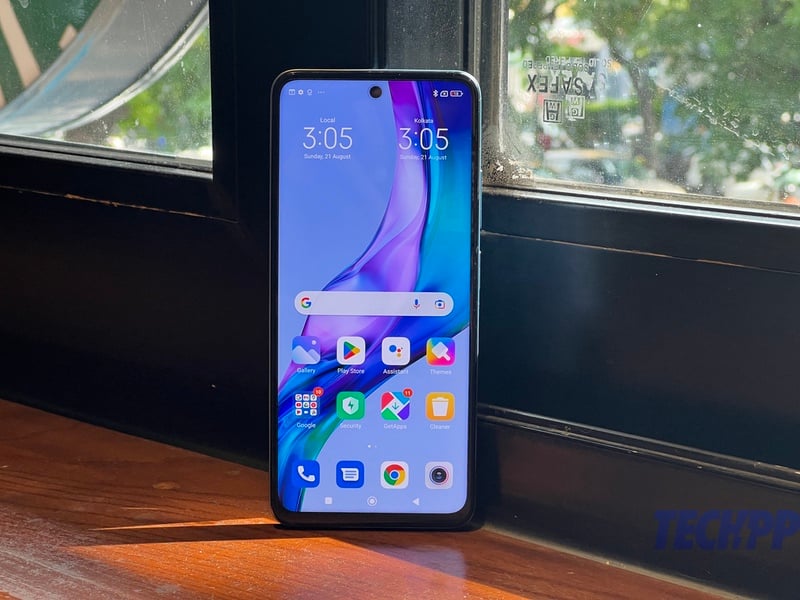 Just like the Poco F1, the relatively plain and regular exterior of the Redmi K50i hides a very powerful performer. There will be some who will be less than impressed at the fact that the 6.6-inch full HD+ display is an LCD one rather than an AMOLED one, but we were very impressed by its performance. Xiaomi says it is the only non-AMOLED display in the price segment to come with an A+ rating from DisplayMate. It is quite bright, handles colors very well (although not in the eye-popping way that some AMOLED displays do), and comes with an impressive 144 Hz refresh rate, which adjusts accordingly to the content being shown on it. The phone also comes with very impressive audio, a field that often gets ignored at these price points.

Xiaomi claims that the phone comes with a DAC, and it certainly drove our ATH M50X and Sennheiser HD599 headphones reasonably well. The Redmi K50i also supports Dolby Atmos and is certified for Hi-Res audio, wired, and wireless. It is not all just spec talk either – the audio on the device, be it from the dual speakers or over Bluetooth or via the 3.5 mm jack, is easily the best we have heard among all devices in the sub-Rs 30,000 categories and better than many above it. All of which make the Redmi K50i a multimedia monster. 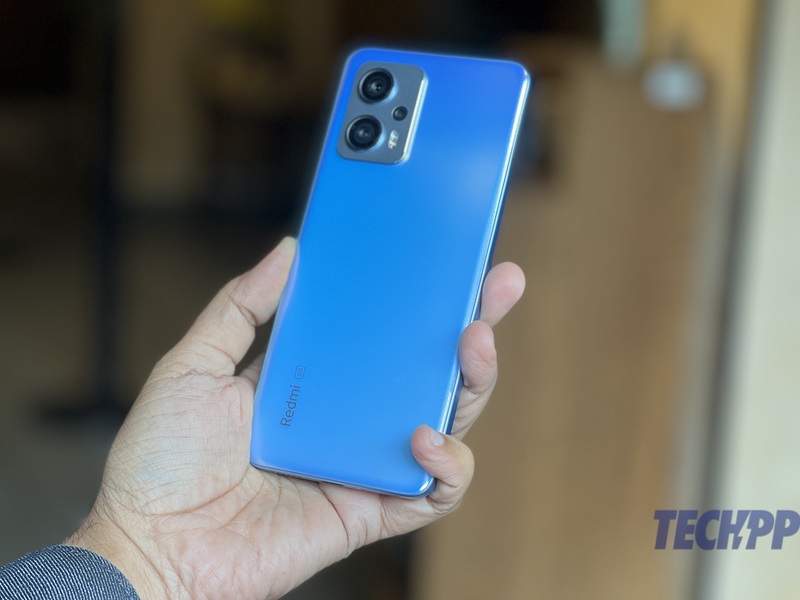 The MediaTek Dimensity 8100 processor makes it a gaming beast as well. That processor has featured in phones pitched as gaming devices with much more expensive price tags, most notably the Realme GT Neo 3 and the OnePlus 10R, which has a Max variant of the chip, and it turns into an impressive performance on the Redmi K50i as well. The Dimensity 8100 is believed to run the Snapdragon 888 close and be better than the Snapdragon 870, and it was in fine form on the Redmi K50i, sailing through games like Genshin Impact and Call of Duty at high settings. Not all games support the 144 Hz refresh rate of the device, but the ones that do (like Shadowgun and Alto’s Odyssey) add a little more smoothness to the whole gaming experience. The high-quality audio makes a huge difference, and the phone does not heat up either. All of which makes it easily the best sub-Rs 30,000 gaming phone around. 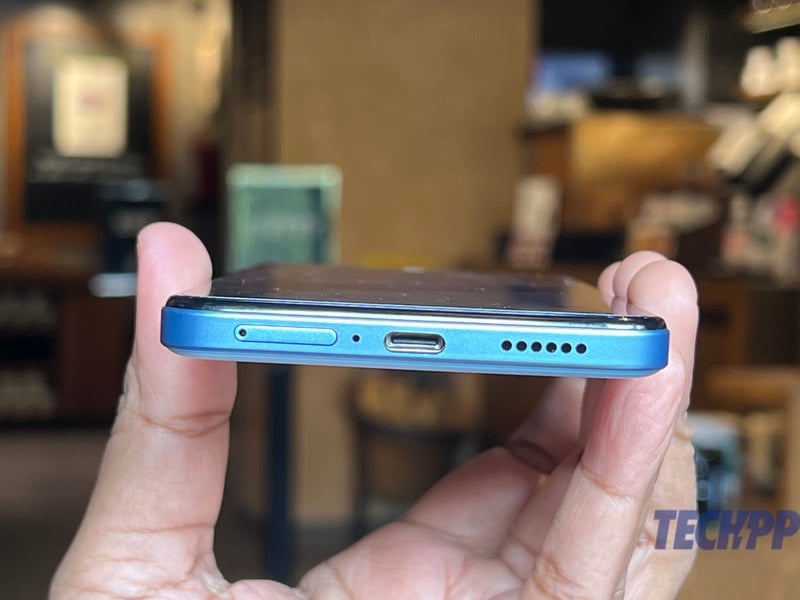 It can keep going for a while too. The Redmi K50i packs in a large 5080 mAh battery comfortably getting through a day and a half of normal usage and a day of heavy usage. Nurse it a little, and you can see through two days. It recharges very fast too. The phone comes with a 67W charger in the box that can go from 0-50 percent in about fifteen minutes and charges fully in under fifty minutes.

The cameras are an area where the Redmi K50i is less than exceptional. The 64-megapixel main sensor is not a bad one by any means, but it trails the snappers we have seen on the iQOO Neo 6 and the OnePlus Nord 2T in terms of color and detail. Low light performance was initially very ordinary but received a significant boost after a software update, with much brighter details. 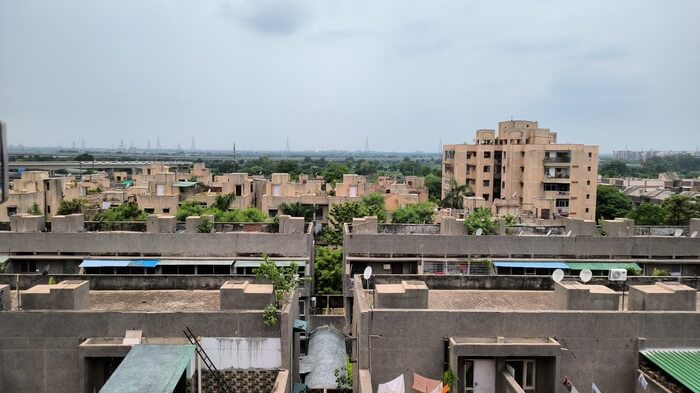 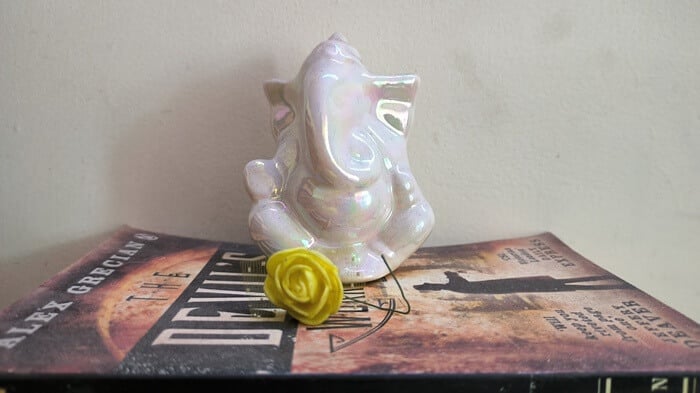 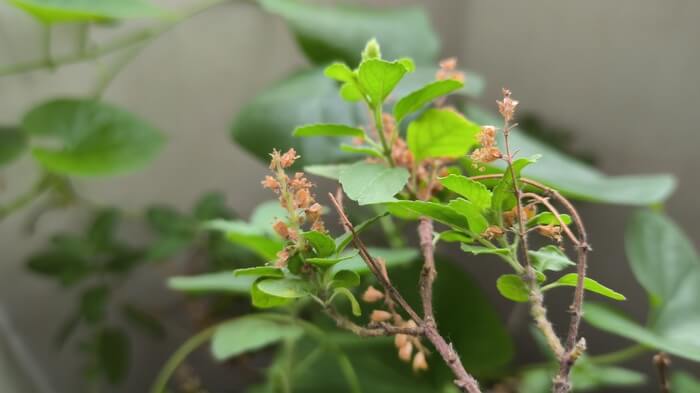 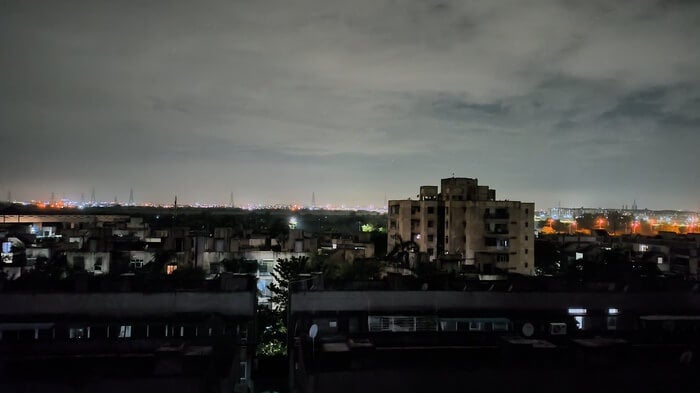 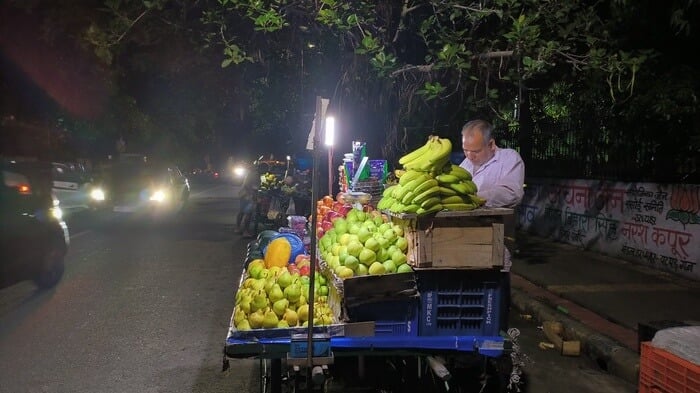 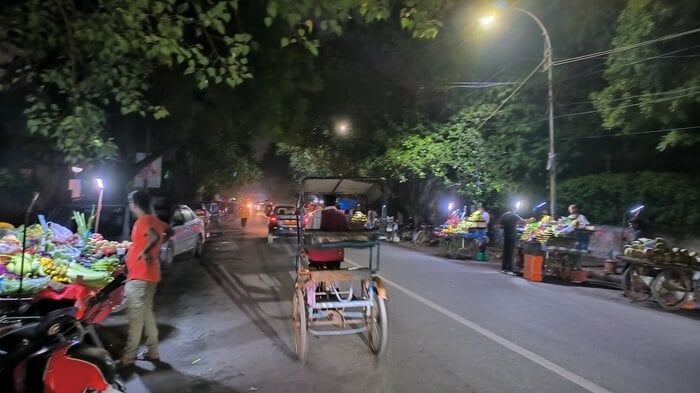 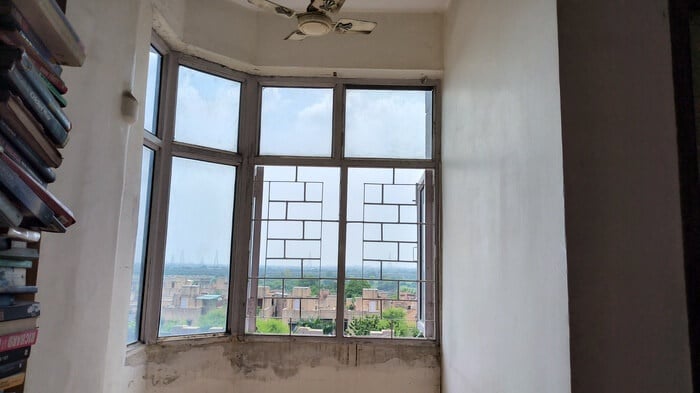 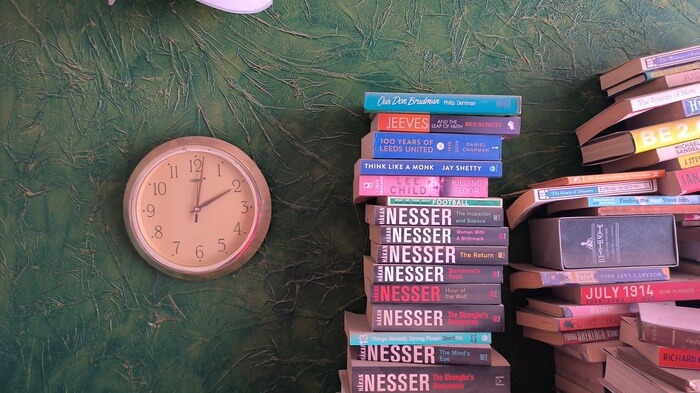 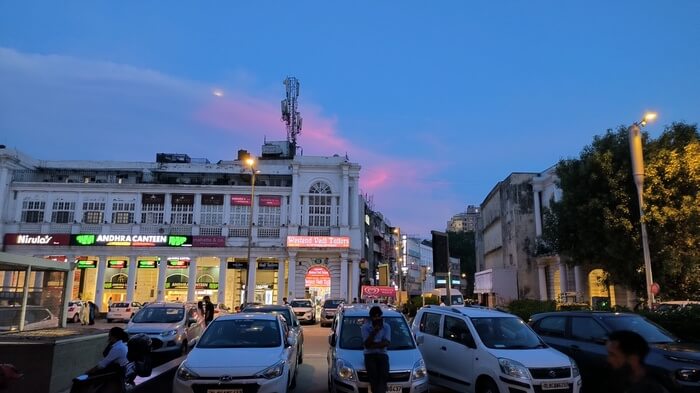 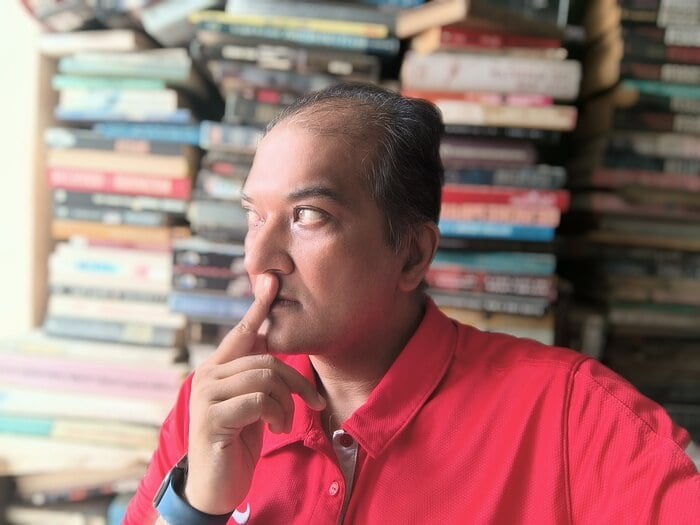 The absence of OIS takes a bit of edge off the video in low light conditions, but if you stick to decent light conditions, you will generally get good snaps and videos. The 8-megapixel ultrawide camera is competent if you want a wider perspective, but that lower megapixel count means lesser detail when you zoom in. As for the 2-megapixel macro sensor is of very limited utility – we recommend taking a snap with the main sensor and cropping it! The 16-megapixel selfie camera is, however, a good performer. Yes, it does smoothen skin a little aggressively even in normal mode, but you get plenty of detail, and even portrait mode works well.

The Redmi K50i runs on Android 12 with Xiaomi’s MIUI 13 interface on top of it, which is a little divisive. Some do not like the interface, but we must confess to having a soft corner for it because of all the features it brings to the regular Android experience. Plain Android can be a little too plain for those wanting more from a phone right out of the box. Xiaomi has committed to delivering two years of Android upgrades and three years of security updates to the device, which is par for the course in the segment. Speaking of staying up to date, the phone also comes with 5G support. 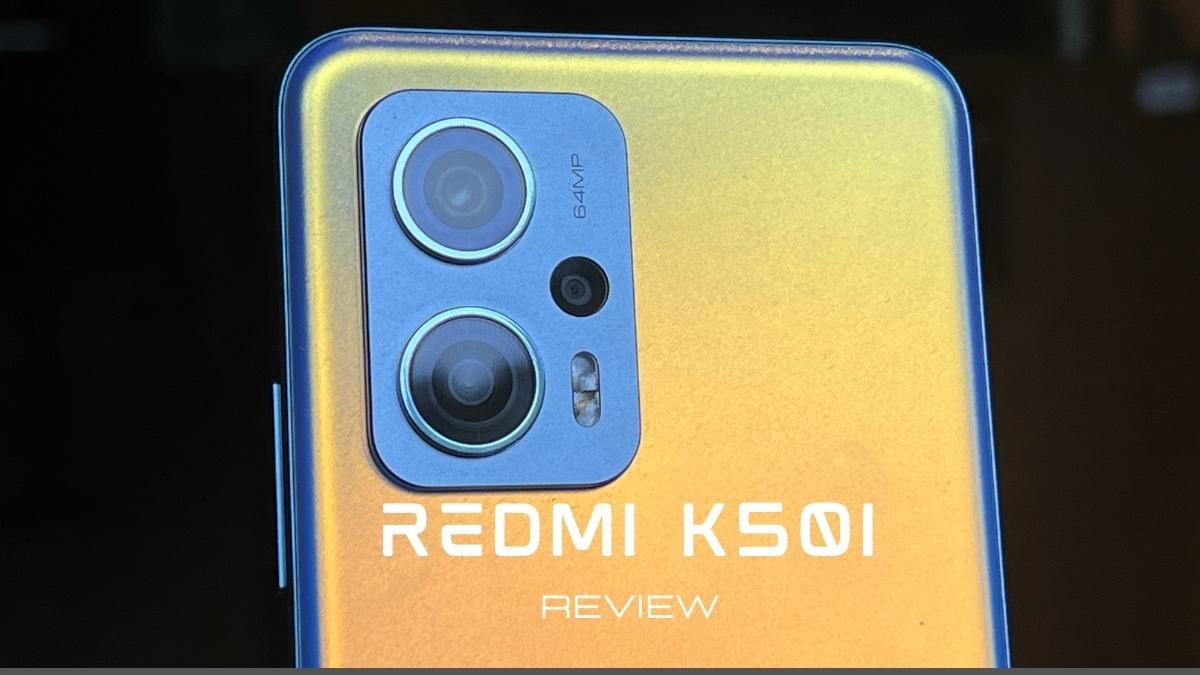 The Redmi K50i is available for Rs 25,999 for the 6 GB/ 128 GB variant and Rs 28,999 for a 8 GB/ 256 GB variant. Let us cut to the chase: it is staggeringly good value for money unless you are an AMOLED worshipper! There are some very decent devices around that price point, such as Xiaomi’s own Poco F4, Vivo’s iQOO Neo 6, and the OnePlus Nord 2T. They might beat the Redmi K50i in the camera department and will also appeal to those who like AMOLED displays, but in terms of sheer performance, they are not really in the same class. The Redmi K50i will not win any beauty contests, but go looking for a flagship performer under Rs 30,000, and there’s really no other option.

It might be a little plain in design terms, and its cameras could have been better, but in all other regards, it pretty much batters the competition in its price segment. This is pretty much the most affordable device with a flagship-level performance in the market. You are simply unlikely to get a phone that does so much for under Rs 30,000.

The last time we felt something like that was four years ago while reviewing the Poco F1. The packaging and the About Phone section in Settings might read “Redmi K50i,” but if the soul of the phone had a label, it would probably say “Poco F2 – Indian Edition (Finally)” in bold.

Review Overview
Was this article helpful?
YesNo
TechPP is supported by our audience. We may earn affiliate commissions from buying links on this site.
Read Next
OnePlus Buds Pro 2 Review: Great buds for pro bros with OnePlus devices
#Poco F2 #Redmi #review