Word is out that the Samsung’s 2017 flagship, the Galaxy S8 scored 88 on the DxOMark ratings. And for a flagship lineage that is always known for bringing out one of the best smartphone camera performances ever since the S1 came out, these ratings come as no surprise. But the truth is beyond these numbers, it’s the technology that makes it possible, it’s the optimizations that champion the pictures in the most challenging of the conditions, and these are the things that matter the most for the users. For the Samsung’s Galaxy Flagships have been wearing a heavy crown (of success) for a long time now and with each iteration, it only gets heavier with the expectations! The Galaxy S7 hit it out of the park last year and now, in 2017, we find out if the Galaxy S8 can better it. ‘ 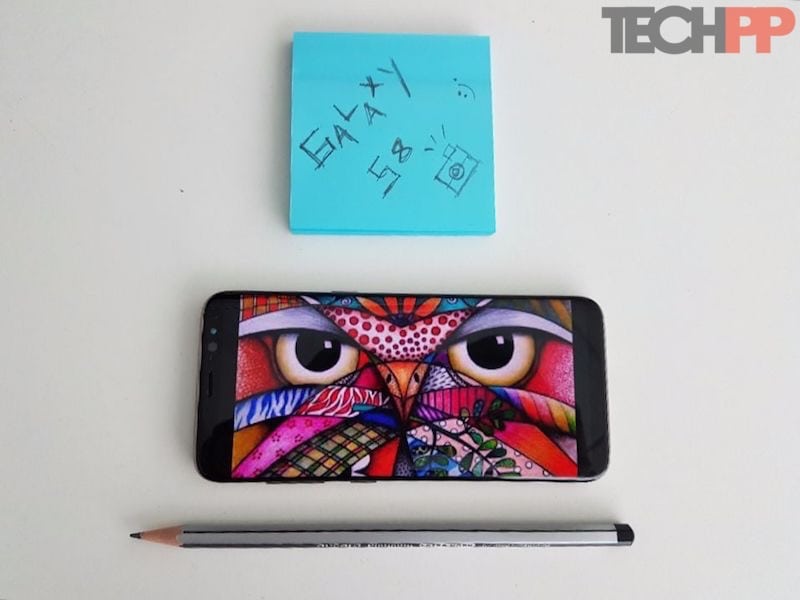 The primary camera is a Sony IMX333 image sensor, which comes in at 12MP, 26mm lens with f/1.7 aperture setting and 1.4um pixel size. It also has stabilization on the hardware and the software front with dual-pixel autofocus we saw on the S7, that makes it possible for super quick focus. The camera app is much simplified now and the launch time is quick too. Swipe to the right and you will see a list of options that include the Pro Mode, Panorama, Selective Focus, Slow Motion, Hyperlapse, Food, Virtual Shot, Video Collage, and Live Broadcast. Swiping to the right from the main camera screen will show a list of filters that can be used to shoot. On the top is the Selfie, HDR mode, LED Flash and Settings options. Locking the focus is super fast and so is the overall processing speed. Here is how the S8 fared under various conditions, and we will let the pictures do most of the talking, with a recommendation of viewing them in their full size. Let’s get those eyeballs rolling, shall we?

The f/1.7 aperture provides a magic whose delight is fully appreciated when actually experienced in person. And the S8, like its predecessor, can get quite close to the subject as compared to the other phones. With the focus speed too being super quick, the outcome is a set of stunning pictures with some uber cool background blurring/bokeh effect going on. If we were to nitpick, we did observe a slight loss in sharpness on the petals of flowers in close-ups, not always, but when shot from a certain distance. We hope this gets corrected via a software update. 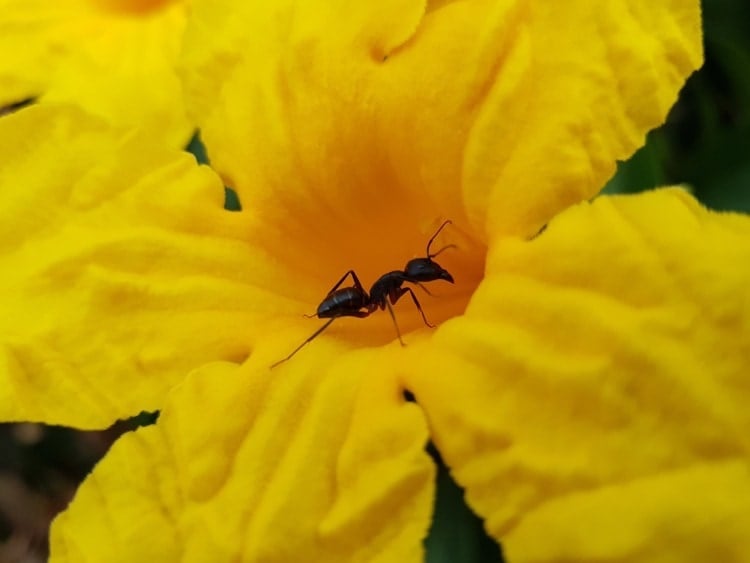 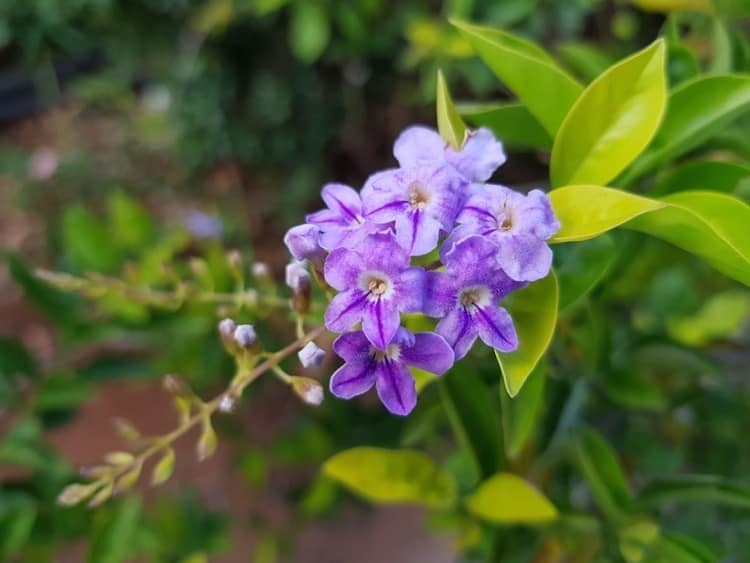 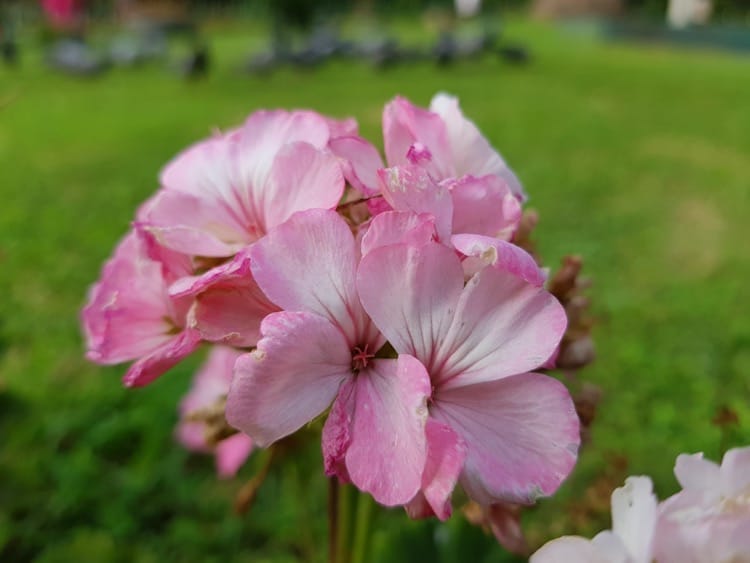 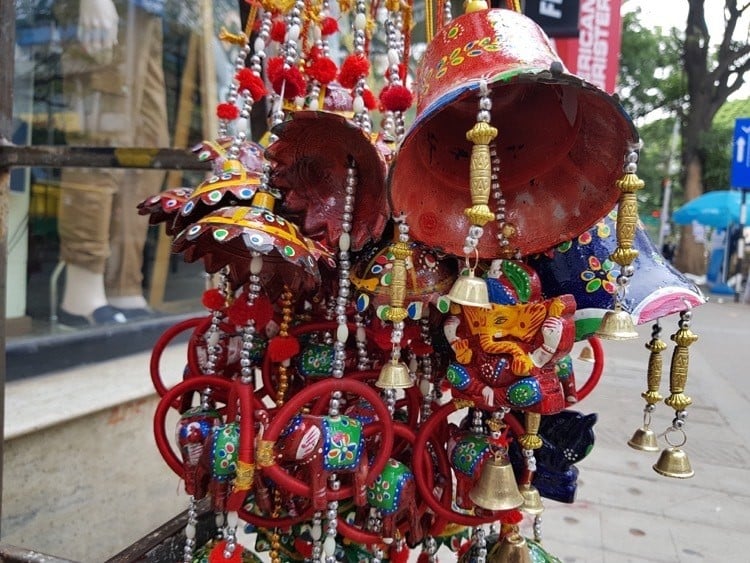 Images are crisp and carry a lot of details. The dynamic range is top notch and so is the white balance. Even in certain situations where the sun is behind the subject, the S8 does a good job of capturing good images. As always there is a hint of saturation and post processing that Samsung loves throwing in. thankfully, it’s getting lesser each year getting it closer to real colors. At times in case of heavy sunlight, some tiny portions of the image are slightly overexposed. But switching things to the HDR mode does lots of corrections but takes that extra second to complete the processing. 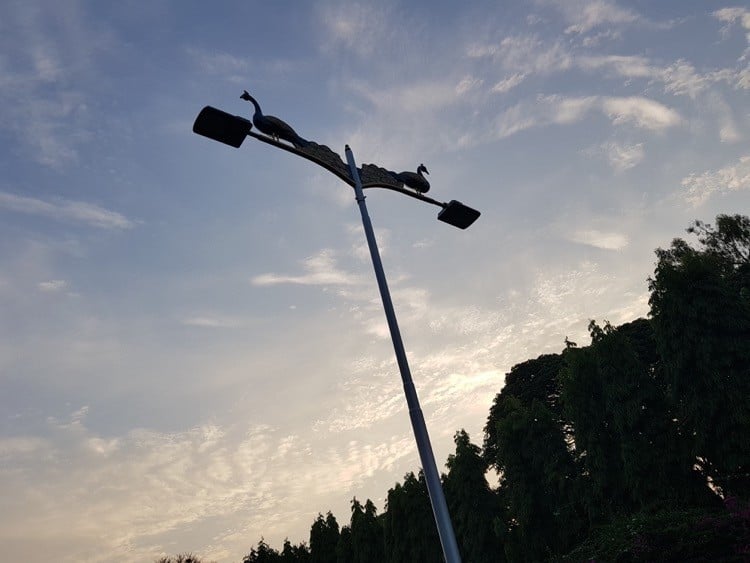 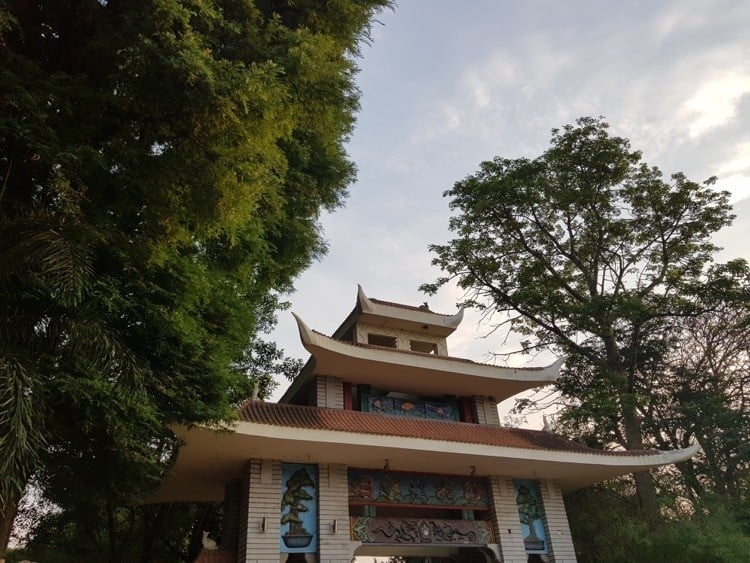 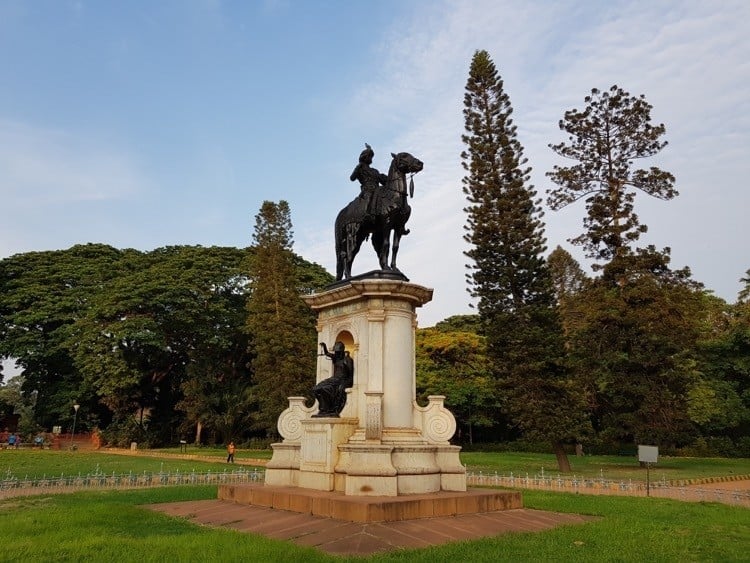 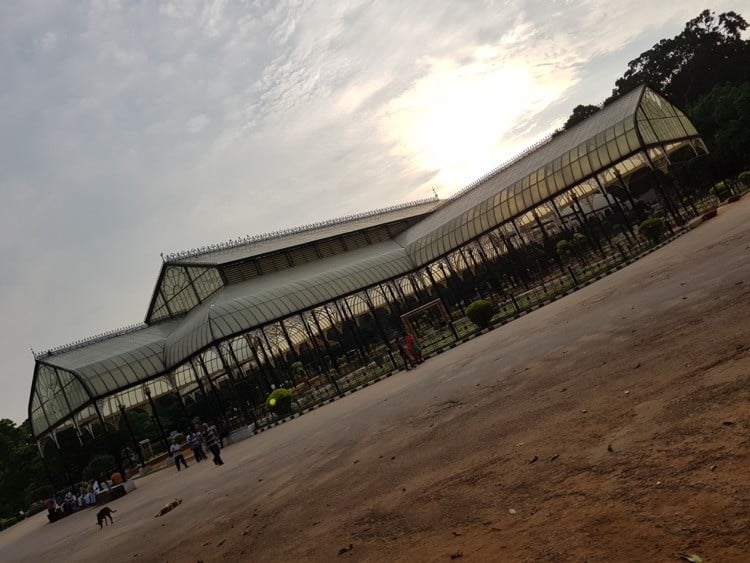 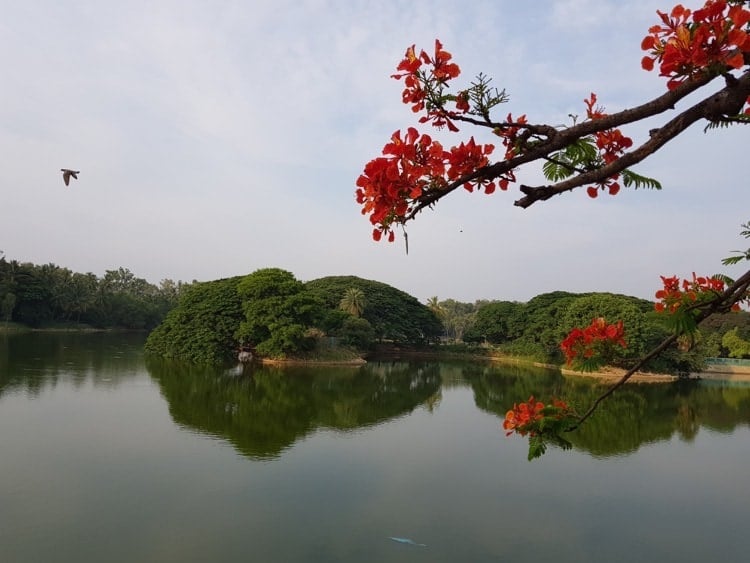 With the OIS, EIS and a wide aperture shooting, images in indoor conditions are like business as usual for the S8. Colors are true and there is minimum noise at the edges especially which become visible upon few levels of zooming. 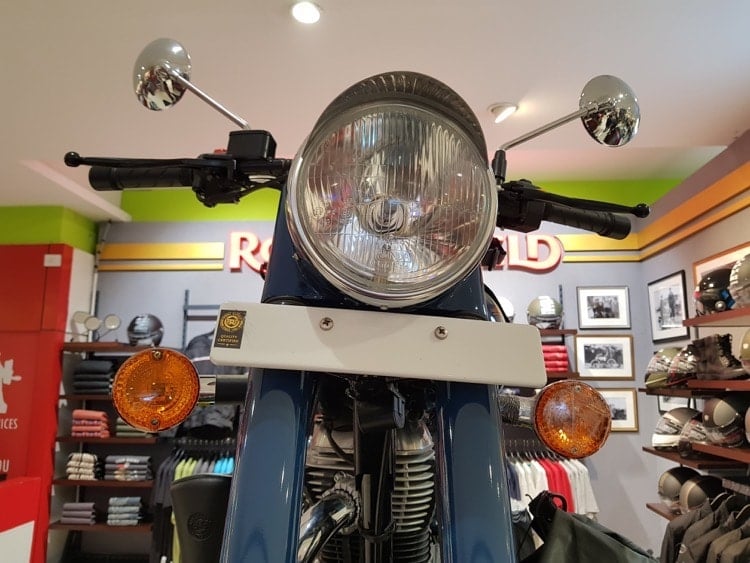 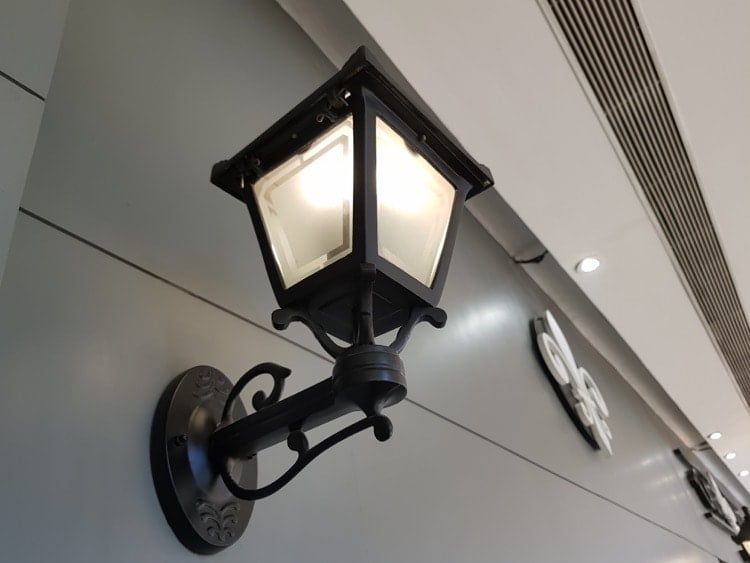 Wide aperture and stabilization again make it possible for one of the best possible images from a smartphone camera on the S8. Handling exposure with lots of light in the frame is one of the toughest things to handle and the S8 does a very good job here. One has to really hunt down for noise but this is due to some image sharpening that Samsung is doing. While this is not necessarily bad, photo enthusiasts like us may not be able to stop themselves from nitpicking how certain portions of the images may look slightly artificial and some softer portions start showing up. And if one is up for some geeky stuff, going the Pro mode can get you some stunning shots with long exposures and such. Overall, its one of the best ever performances in low light we’ve seen on smartphone cameras, with the flaws kept at a minimum. 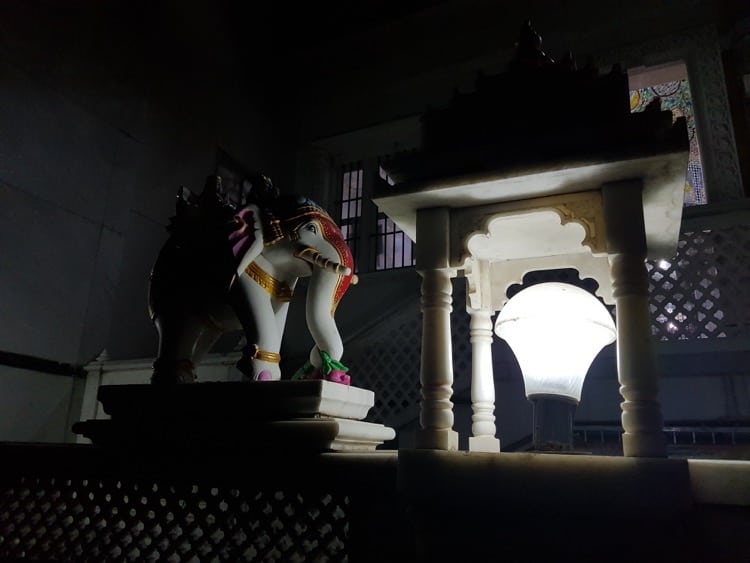 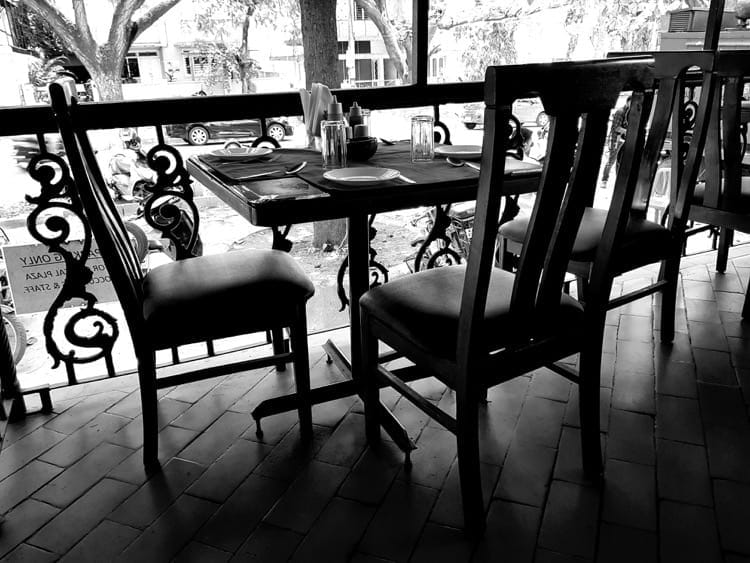 Like we mentioned earlier, the S8 has some cool options in the camera. The Panorama is one of the best we’ve used and the stitching is so seamless that at times even if you had a fraction of a second shake or ups and down in the traverse, they get overshadowed by final output. The Virtual Shot is a mini photosphere / 360 degrees shot that we have come to see in the Google Camera app / Pixels and does a decent job but needs lots of practicing to get it to work like you want. The Pro mode goes the nine yards in giving you controls over all the parameters of a shot but the auto mode is so good that an average user may not feel the need to venture into there. But if you were a perfectionist or an adventurous chap, then yes the long exposure shots comes out really good.

The S8 is capable of shooting 4K and is one of the first phones to have both OIS and EIS kicking into the video. There is a dedicated video stabilization option in the camera settings. While the phone does well when the traverse path is straight ahead of you when you’re panning, there are so many frame drops and jerks that it might get you irritated. Thankfully, this is only when you turn on the stabilization in the settings. Even without it, the camera does a good job, something really close to that of the iPhone 7 Plus.

The selfie shooter is an 8MP sensor with f/1.7 aperture and smart autofocus. It does have a beauty mode but it literally renders your face as a mannequin! The autofocus is quick and the overall image captures good details with a good dynamic range. Low light performance too is good and the S8 can throw in some light if you need by going full white on its display, just like in the S7. Videos come out fantastic and we thoroughly enjoyed it. 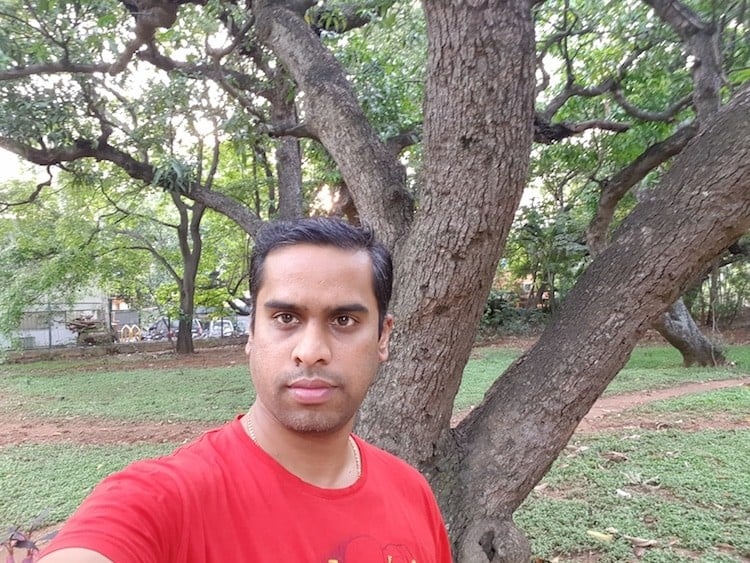 We will cut to the chase and call the S8 a “Sharp Shooter”. We couldn’t stop clicking pictures in our review period and pushed us to take some extra time for creativity. And while picking the camera samples for the review, we had to go over them again and again as we couldn’t throw them all into this article, which meant most of the pictures came out well. Cameras in all the budget segments these days do a good job but where the flagships set themselves apart is in the low light performance and the S8 never wanders far from you exclaiming “perfect!” every time you see what it clicked.

BUT (damn, that word, again) isn’t this what the S7 achieved as well? Of course, the S8 has some improvements (which we will cover in dedicated comparison article) and one cannot help but notice what the competition is offering – Dual Cameras have made their way to the budget segments too and the flagships like LG G6, iPhone 7 Plus, Mi6, Huawei P10 and the upcoming OnePlus 5 all have it and use it either for optical zooming or monochromes or portraits. And this is where the S8’s crown seems to have a jewel or two missing. This is what brings in disappointment, an offering so good, but still not making a compelling case to go past the competition if you’re focusing mostly on the cameras of flagships. We will end by completing what we said before – Sharp Shooter with a missing arrow or two in its quiver.

Was this article helpful?
YesNo
TechPP is supported by our audience. We may earn affiliate commissions from buying links on this site.
Read Next
Samsung Galaxy Fold 4 Tips and Tricks: Get the Most Out of Your Phone
#Camera Review #samsung #Samsung Galaxy S8