Xiaomi’s Redmi series has become a brand in itself. The company stepped in the affordable smartphone segment in the country in 2014 with the Redmi 1S and has ruled it ever since. Xiaomi’s Redmi 3S and Redmi 3S Prime turned out to be the highest online selling smartphones in the country (as per the company) by selling four million units in just nine months. The torch of this legacy has now been passed to the latest Redmi newbie in town. Xiaomi has recently introduced the Redmi 4, priced at Rs. 8,999. The device comes with improved specifications and a new design but then also has to deal with some very high expectations. Let us find out whether it lives up to them. 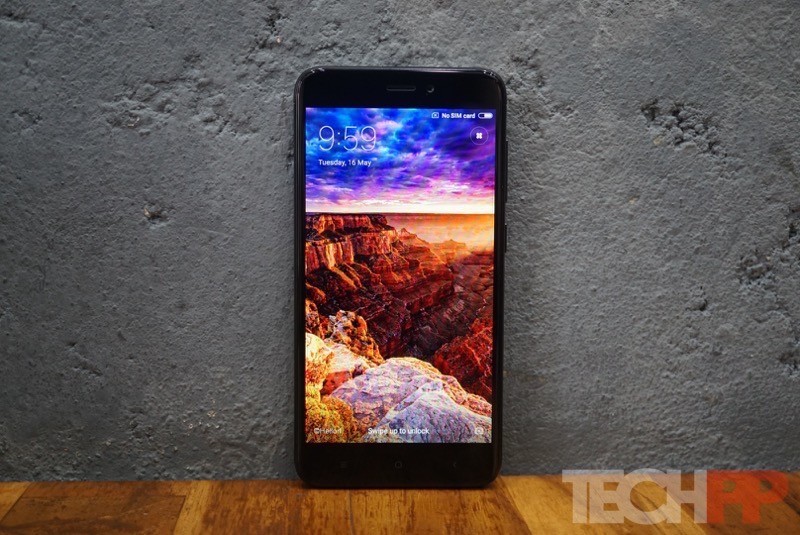 Dapper under the Black Mi Wrapper

The Redmi 4 looks literally like the offspring of the other two Redmi 4s present in the market – the Redmi Note 4 and the Redmi 4A. The device has got the size of the Redmi 4A and also comes with a similar back but looks more like a mini Redmi Note 4 from the front and obviously the metal body and the black color (yes, we got the black variant) just reinforce this impression.

With a 5-inch HD screen, the Redmi 4 is a compact without seeming too small. It measures 139.3 x 69.9 x 8.65 mm, using the phone with one hand is a cakewalk. It weighs 150 grams which make it on the heavier side but has got great handfeel and is very comfortable to hold. The display of the phone is HD but produces vibrant colors, and we did not have any problem using the phone under bright sunlight. To add that premium feel to the phone, Xiaomi has also added 2.5D curved glass on top of the screen which beautifully balances the amount of glass and metal on the phone. 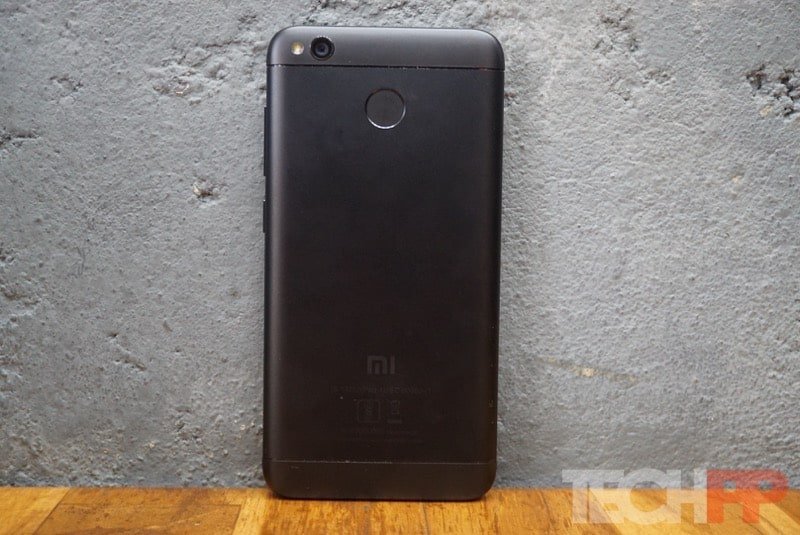 Above the display are the front camera, the proximity sensor, and the earpiece, while below it, are three capacitive buttons for recent apps, home, and back. The buttons are not backlit and are not even clearly visible on the black chin which makes it a little difficult to find them initially, but it is nothing major – one gets used to them.

The back of the phone carries the primary camera and the LED flash on the top left-hand side. The flash is the only touch of white on the phone. Otherwise, the phone is entirely black. Just below the camera and flash is the first antenna band which has got a very subtle metal shine. Below it is a circular fingerprint scanner. A little farther down south, the company has placed the Mi logo, the only branding on the phone and even that is so low-key that there is high chance that people might miss it. And finally, there is the second antenna band.

The hybrid SIM card slot pops out from the left side while the power button and the volume rocker sit on the right. The base of the phone carries the speaker grille and the micro USB port whereas the 3.5mm jack and the infrared port are placed on the top.

We totally love how Xiaomi has tried to keep the phone as close to a solid black color as possible.There are not any popping brand logos, and everything just merges so well. The Redmi 4 looks not only beautiful but also very classy, and that is a rarity in the budget segment because looks are the first department where manufacturers often cut corners – hey, this is supposed to be “value for money” not “style for money” territory.

The Redmi 4 comes with a Qualcomm Snapdragon 435 processor which is coupled with 2 GB/ 3GB/ 4GB RAM and comes with 16 GB, 32 GB and 64 GB RAM respectively. The storage can be expanded up to 128 GB via MicroSD card. We got the 3 GB/ 32 GB variant. The phone comes with support for 4G, Wi-Fi, Bluetooth, GPS and also has an infra-red port. 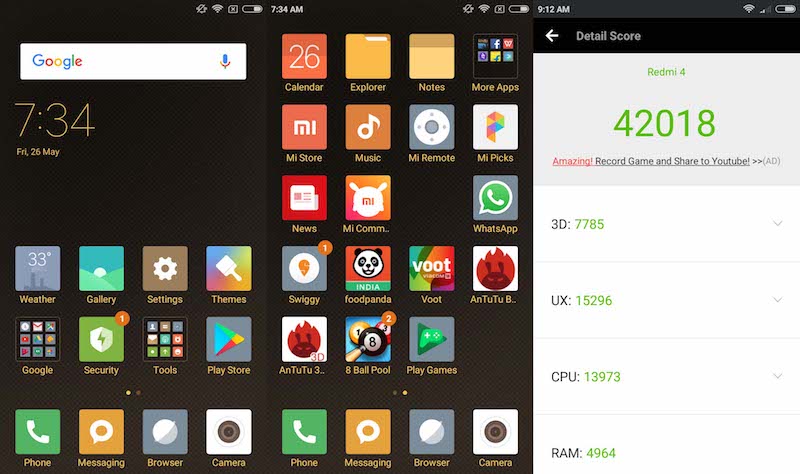 The phone handles day to day tasks well. Opening multiple apps in the background did not slow it down, and transitions from one app to another were smooth as well – we could easily jump from one social networking site to another and then switch to basic apps like the phone book or messages, without facing any slowdowns or lags. The device also sailed smoothly through the casual gaming sea and games such as Candy Crush, Subway Surfer, and Temple Run was plain simple fun. That said, the Redmi 4 boat did have a little tough time dealing with high-end tidal waves. Games like Asphalt 8 and NFS No Limits took a bit of time to launch, and there were some stutters here and there, but we did not notice any significant lags or sudden crashes which definitely is a thumbs up for any budget device. The phone did heat a bit when we pushed it a little too much, but it was nothing alarming. The phone managed to score 42018 on the AnTuTu benchmark – not the highest score but close to the smooth performing Moto G5.

A shooter to say cheese for!

When it comes to the camera department, the Redmi 4 comes with a 13-megapixel primary camera with PDAF and LED flash. There is also a 5-megapixel front-facing camera for selfies. 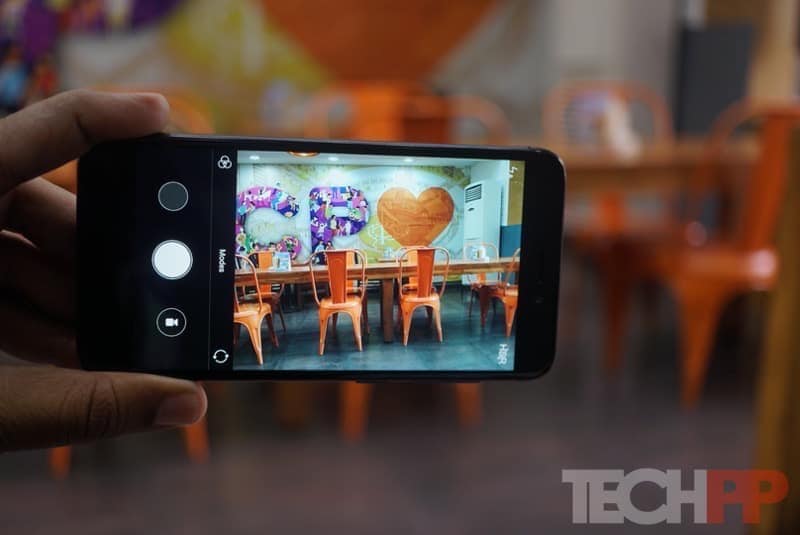 The Redmi 4’s camera focuses on subjects faster, and face-recognition on the phone also works well. In generous lighting conditions, the camera produces vibrant colors and also does an excellent job regarding detail. We got acceptable detail in various landscape shots, and the colors seemed very close to the real setting. The camera had a hard time focusing on extremely close subjects which made it not so fit for macro shots, but we got great shots with nice bokeh effects once we took a step or two back. 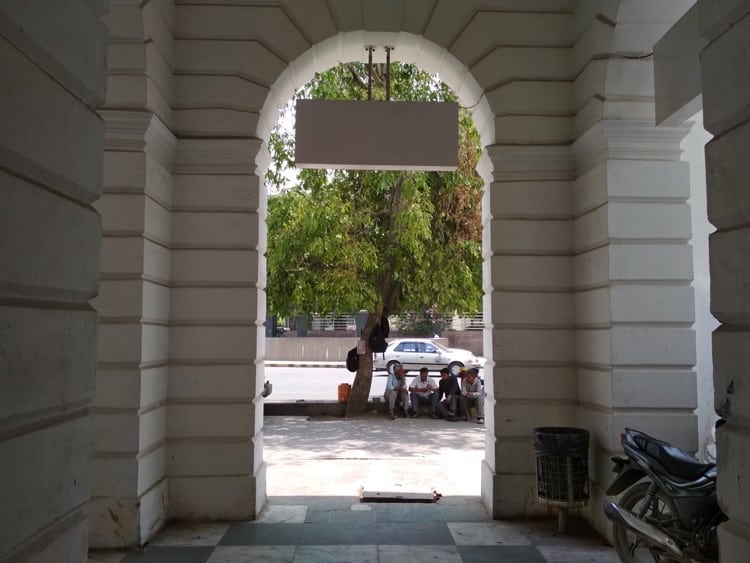 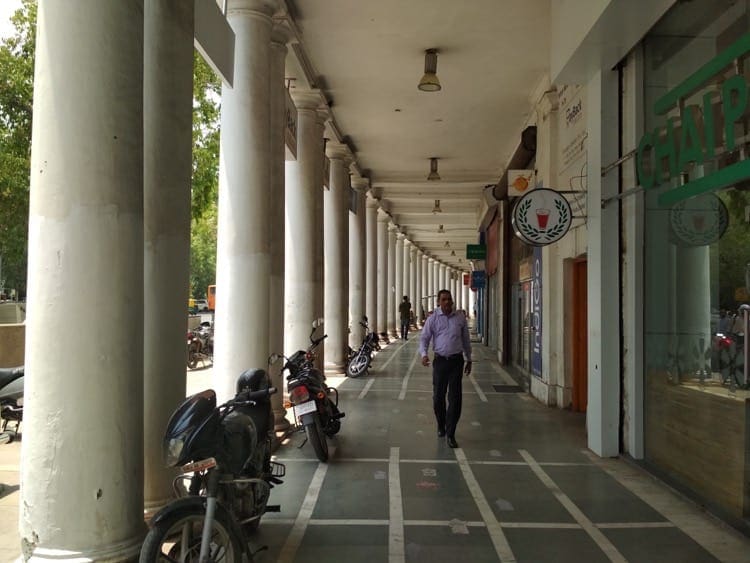 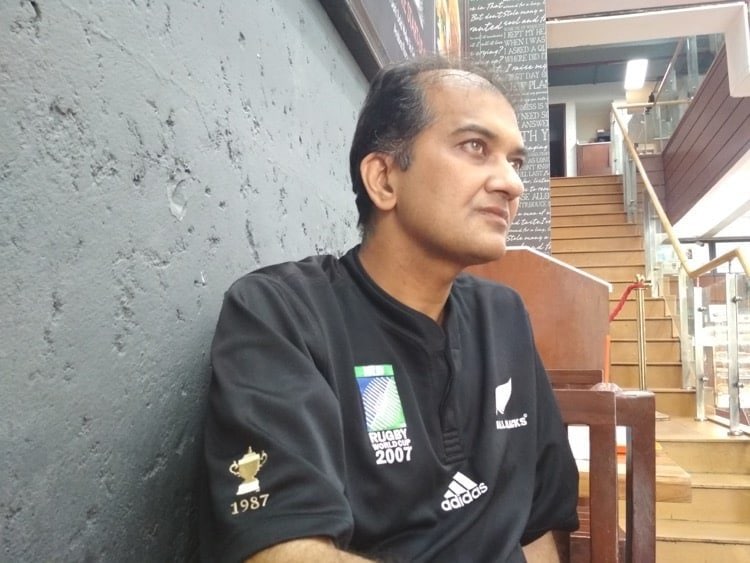 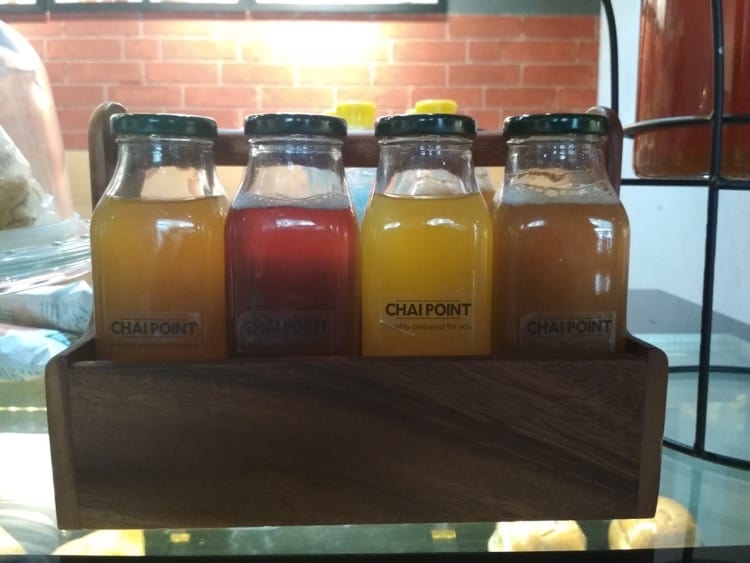 But unfortunately, this where the good part ends. The camera just could not perform well in low light and taking pictures of a moving subject often meant ending up with blurry images. The pictures in low light seemed washed out and were very grainy. We faced similar issues with the front camera as well. The pictures taken in well-lit environments seemed just fine while the pictures in low light were just not up to the mark. In case some other OEM is looking to one-up Xiaomi in this category, here is a chance! 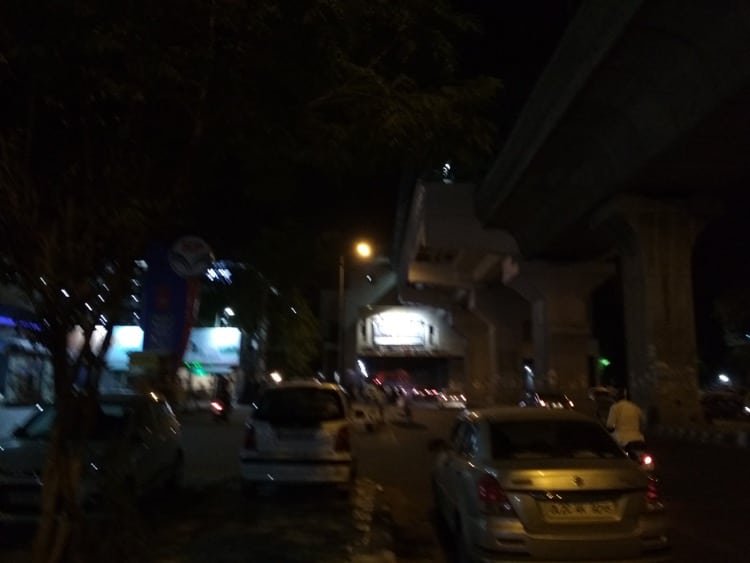 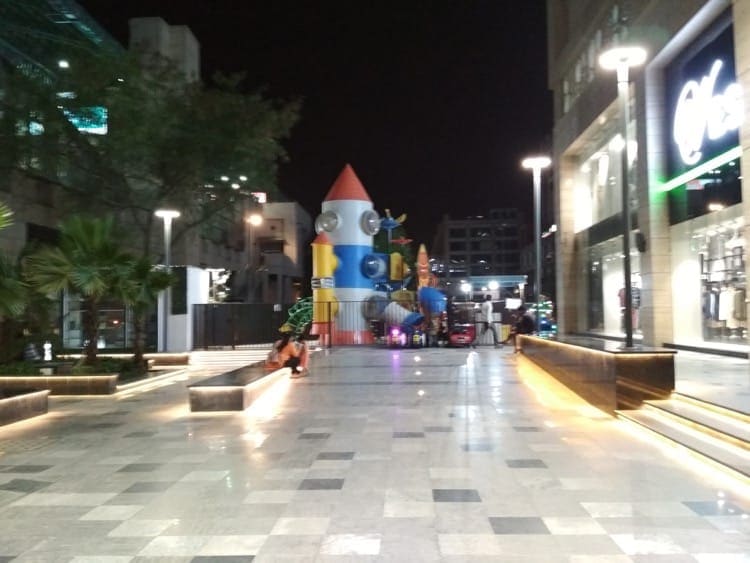 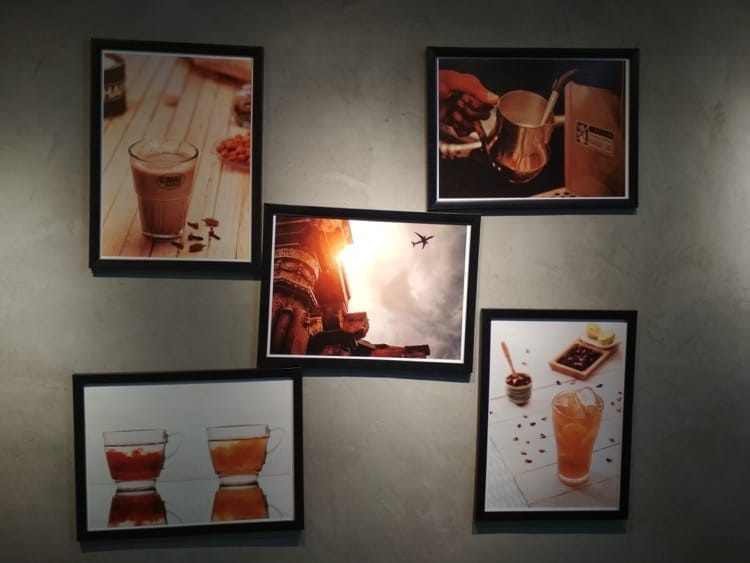 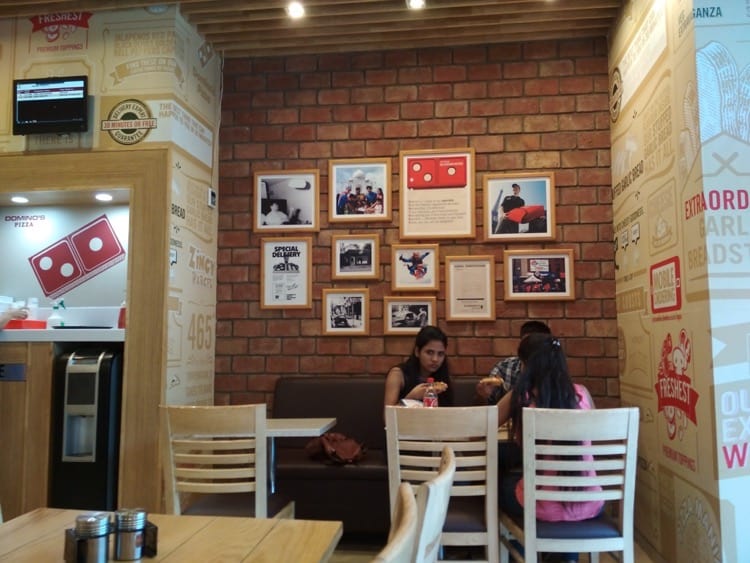 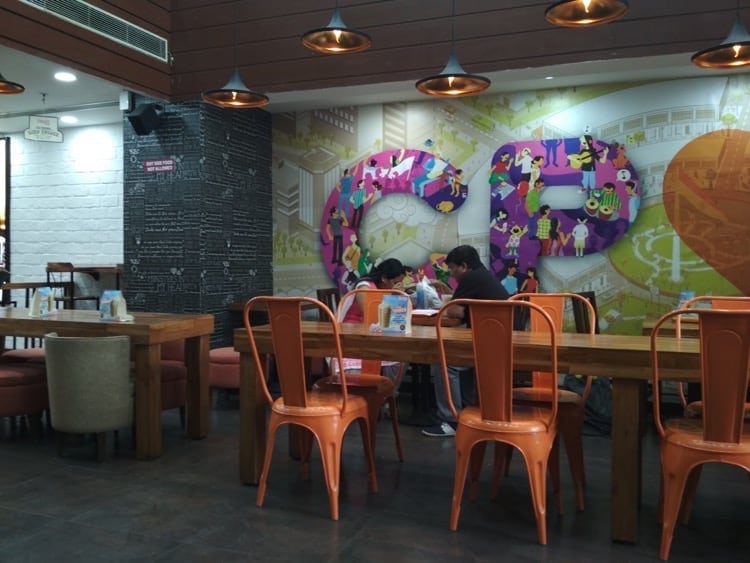 The Redmi 4 is packed with a 4100 mAh battery which is actually the same battery size present in the Redmi Note 4, which is a larger phone – Xiaomi needs to be complimented for squeezing such a large battery into a relatively compact frame. The Redmi 4 can easily see little over a day on a single charge under heavy usage, and phone survived for a day and a half with normal usage. The only problem we face was the fact that the phone took over three hours to charge completely which is because it does not support any fast charging. Although the battery capacity on the Note 4 and the Redmi 4 are the same, the power managing processor of the Redmi Note 4 definitely gives it the extra edge. 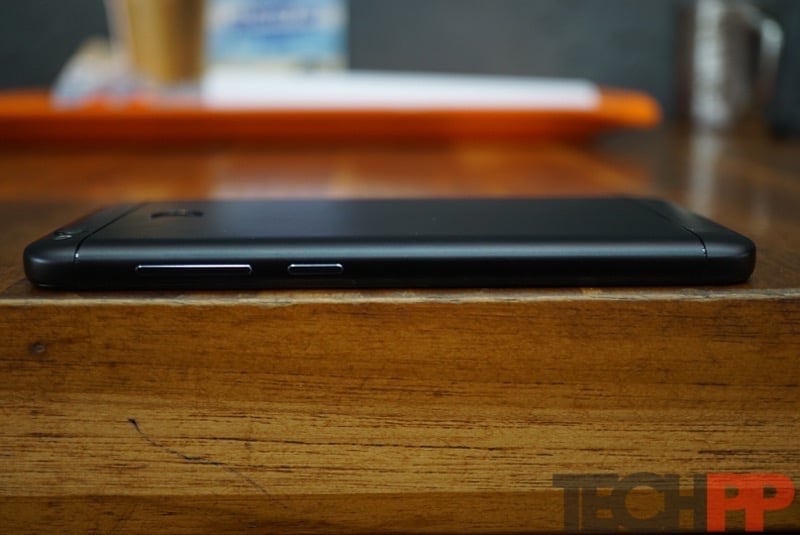 The phone comes with 4G VoLTE connectivity, and call quality was good, as was sound over the loudspeaker, The fingerprint sensor also works fast and accurately most of the times. But the proximity sensor on our unit seemed a little off. We had far too many accidental dials while we were talking and some calls got placed on hold (or got muted), which turned out to be very annoying. This has been a concern in some Redmi budget phones in the past as well.

The Xiaomi Redmi 4 runs on Android Marshmallow 6.0 with Xiaomi’s feature rich MIUI 8. While it might be a disappointment for some that the phone runs on an older version of Android, we think the Xiaomi MIUI 8 totally makes up for that. The user interface is clean and clutter free and is yet very communicative and user-friendly. There are features like the option to directly copy OTPs, to call from notifications directly if you have missed one and also to have dual apps on one phone. The Mi Remote also allows you to use the infrared port to control your television and air conditioners and is not difficult to set up at all. All this definitely adds another point to the Redmi 4 scoreboard.

Dear competition, get some Aspirin! 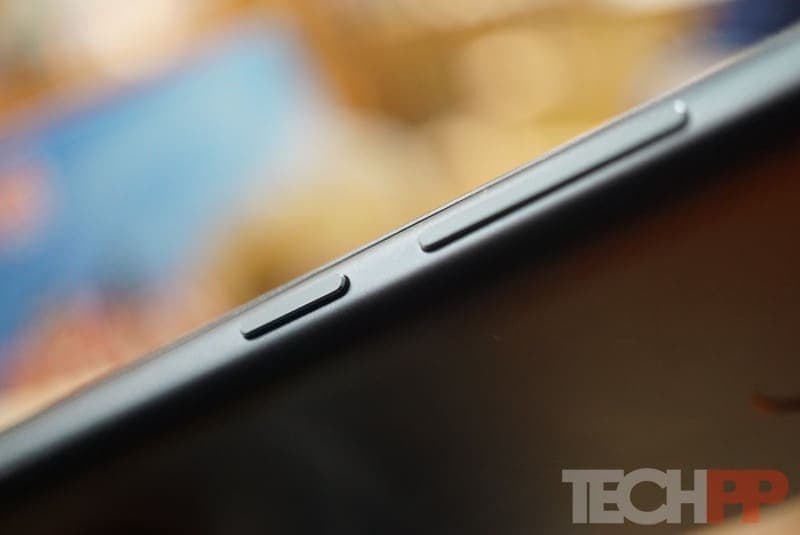 We think Xiaomi has again waved its budget magic wand and has another winner on its hands. The interesting part, however, is that the Redmi 4 faces stiff competition not only from the likes of the Lenovo K6 Power and the Moto E3 Power, but has also got to contend with its own siblings (the Redmi 4A, the Redmi Note 3 and the Redmi Note 4).

That said, the Redmi 4 is definitely one of the best devices present in the market under Rs 10,000 both in terms of performance and design. Will it be able to break the record of its predecessor? Well, only time will tell us that. What we can say is that it is going to be giving the competition one heck of a headache.

Was this article helpful?
YesNo
TechPP is supported by our audience. We may earn affiliate commissions from buying links on this site.
Read Next
Skullcandy Mod Review: Betting on doing the basics well
#MIUI 8 #Redmi 4 #review #xiaomi #Xiaomi Redmi 4