Some boots are incredibly difficult to fill. And those of the Redmi Note 3 are among them (a phone with boots? Never mind, it’s a metaphor). The Note 3 was one of the biggest hits of 2016, selling hundreds of thousands of units in the highly competitive Indian phone market, and bringing Xiaomi right back into prominence after a relatively quiet 2015. In fact, more than nine months after its release, Note 3 still remains a formidable proposition and made it into our Buying Guide for both sub-Rs 10,000 (USD 150) and sub-Rs 20,000 (USD 300) smartphones. See what we meant about boots that are difficult to fill? Well, that is the task that has fallen to the Redmi Note 4, the “New Note Rising” – to repeat the success of one of the most successful smartphones of 2016. 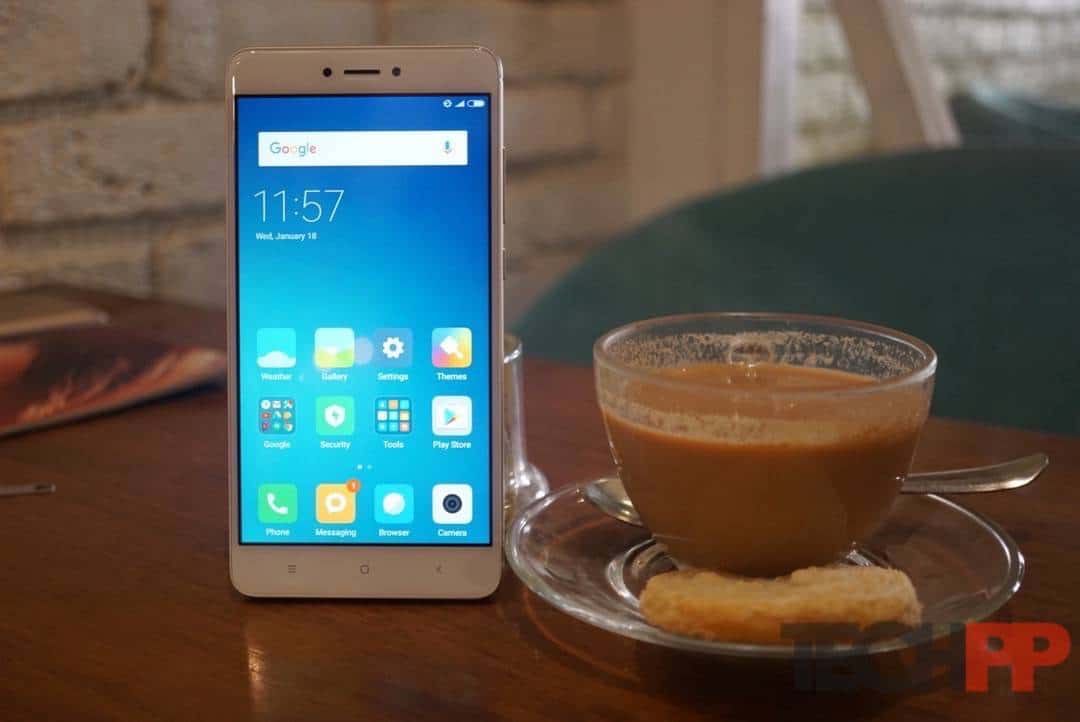 In appearance, though, the Note 4 seems to be a chip of Xiaomi’s Mi Max block rather than the Note 3 one. Place the three devices next to each other and the Note 4 bears a far closer semblance to the Max than its own predecessor, with a similar front camera and sensor placement, straighter sides rather than the curved ones on the Note 3 and a flatter, slightly elevated back. And that is not really a bad thing, as the Max was a rather handsome, if massive, device. Yes, the Note 4 is slightly larger than the Note 3 in length – it is 151 mm long compared to to the latter’s 150 mm, but it is slimmer at 8.3 mm against its 8.7 mm (and it seems even thinner at its pinched in corners – it is around 5.5 mm at its thinnest point evidently) and is just as wide at 76 mm. It is just a gram heavier at 165 grams than its predecessor, which tipped the scales at 164 grams. 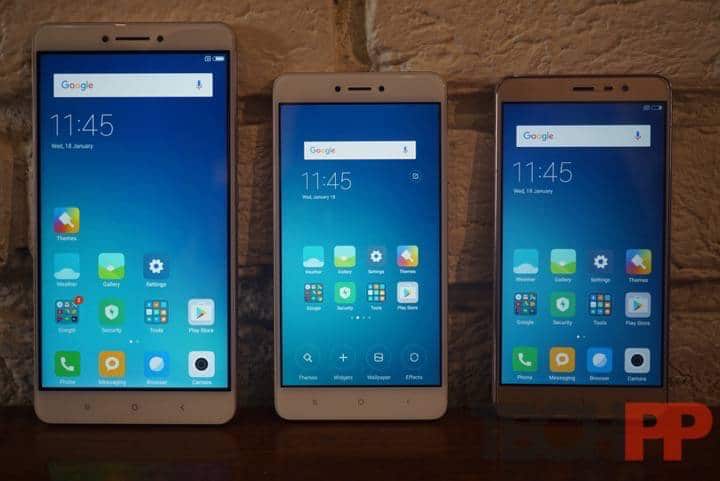 What however cannot be denied is that the Note 4 is far easier on the eye than the Note 3 was. We got the Gold edition and notably, its front was white rather than gold as in its predecessor, a change we approve of. The front incidentally is all about the 5.5-inch 2.5 D display, below which are three backlit touch buttons and above which are the camera, the earpiece and sensors. The sides are a blend of gold and white (from the curved glass) and while the left has the dual SIM card slot (one slot can be used for a memory card if needed), the right has the volume rocker and the power/display button. The top has the 3.5 mm audio jack and an infrared port and on the base is the micro USB port flanked by speaker grilles – another similarity to the Mi Max (the Note 3 had speakers on the back, remember?). The metal back curves up from the sides and then flattens out and has shiny antenna bands at the top and lower parts, between which are the camera and fingerprint scanner, both circular with a dual LED flash between them.

The Note 4 is built on very solid lines indeed and while it lacks the “curviness” of its predecessor, is definitely a smart looking device which is comfortable enough to hold.No, it will make eyes linger lovingly on it with its appearance (although Xiaomi claims the black matte edition has the potential to do that – alas, it is not yet in the market), but neither will it turn them away. 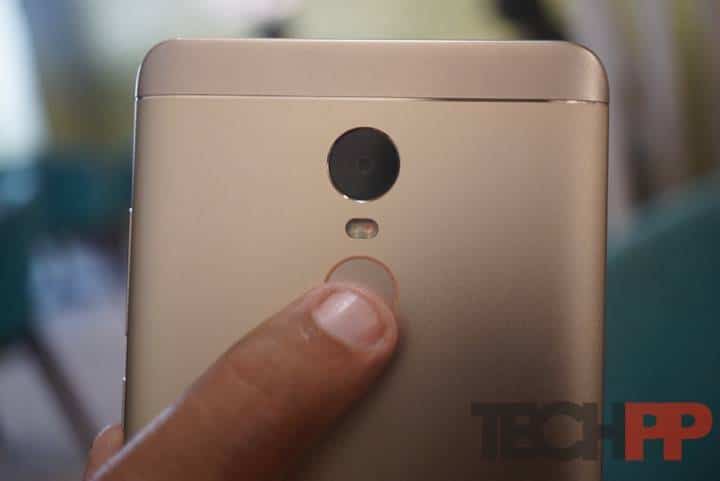 The Note 4 sports a 5.5-inch full HD display like its predecessor, but one which seems discernibly brighter and with better visibility in sunlight. And in terms of hardware, Xiaomi has opted for the Qualcomm Snapdragon 625 processor rather than the 650 seen on the Note 3. Some might consider this to be a step back in terms of sheer brute strength but the 625 is one of the best battery managers we have seen (as on the Asus ZenFone 3 and Moto Z Play) and is not bad in the performance department either. There are three RAM/storage editions – 2 GB/ 32 GB, 3 GB/ 32 GB and 4 GB/ 64 GB, each with expandable memory till 128 GB if one is ready to give up one of those SIM card slots. Incidentally, we got the 4 GB/ 64 GB edition.

The feeling of having come down a notch might persist in the rear camera department too – the shooter on the Note 4 is a 13.0-megapixel shooter as compared to the 16.0-megapixel one on the Note 3. Quite remarkably, Xiaomi has actually managed to fit in a slightly larger battery inside the Note 4 – 4100 mAh as compared to 4050 mAh on the Note 3 – in spite of keeping its weight almost the same. Connectivity options include VoLTE, infrared, Bluetooth, GPS and Wi-Fi. And of course, running above it all is MIUI 8 on top of Android 6. It is quite a spec sheet for the price it charges – in best Xiaomi tradition. 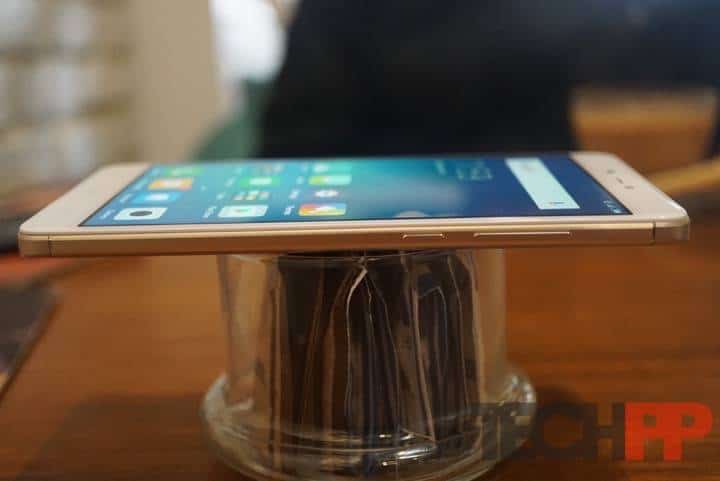 Does that headline sound familiar? Well, it should – it is the same that we used to describe the performance of the Redmi Note 3. Like its predecessor, the Note 4 does not attempt to be a benchmark barnstormer (we could not run the Antutu Benchmark on our unit – something an update should be fixing shortly. Stay tuned) but simply rolls over tasks with minimum fuss – it has the assurance of a Volkswagen Beetle rather than the dash of a Ferrari. And the stamina of a marathon runner rather than the speed of a sprinter.

Like its predecessor, its biggest asset is its sheer reliability and smooth performance – we seldom encountered any lags on it, whether we were playing FIFA and Asphalt (yes, it handles high-end games well, if not quite with the sort of speed and loading times that you would get from almost twice as expensive devices toting the Snapdragon 820 chip) or switching between multiple apps. Sound quality on the speakers is much louder too, and while unlikely to give the Lenovo K6 Power sleepless nights, is more than adequate for most video watching and gaming requirements. 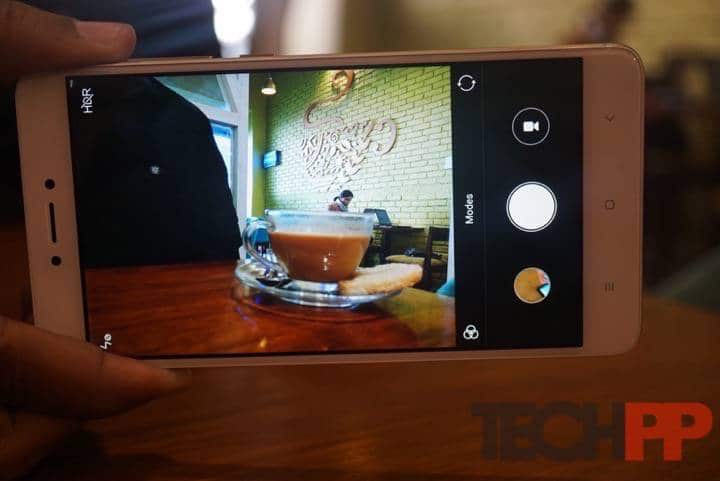 The 13.0-megapixel shooter might have fewer megapixels than its predecessor, but it turned in a performance that was marked superior in terms of color reproduction and detail, and even a slight improvement in low light performance. No, we are not saying that this puts it right up there with the likes of the dual camera-toting Coolpad Cool 1 and the soon-to-be-released Honor 6X, but it definitely makes it a viable shooting option at this price point. 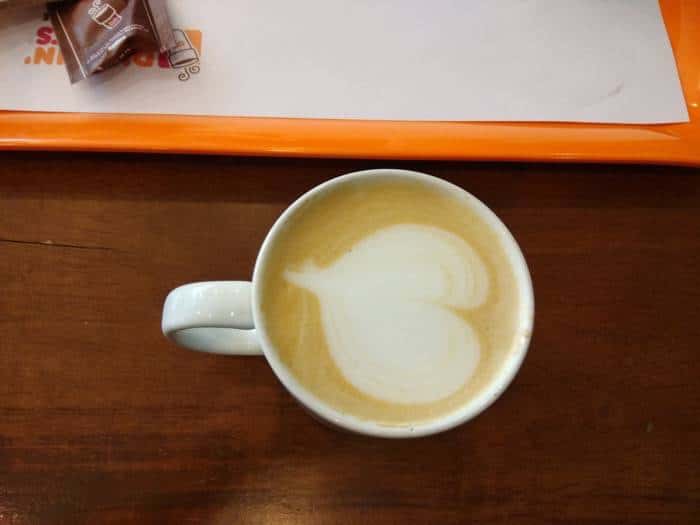 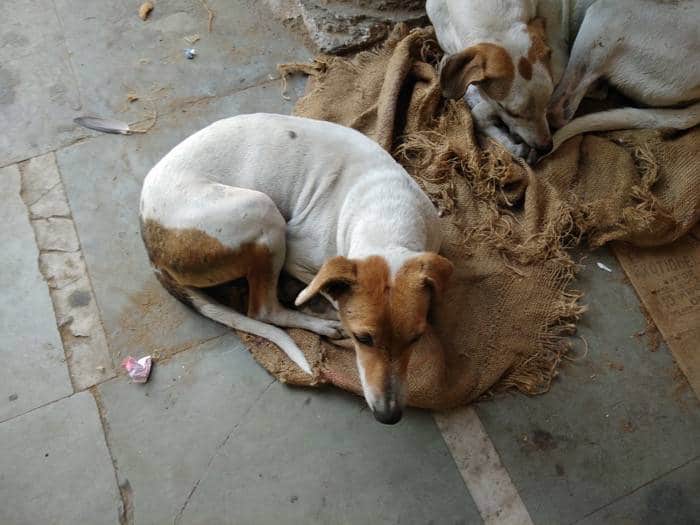 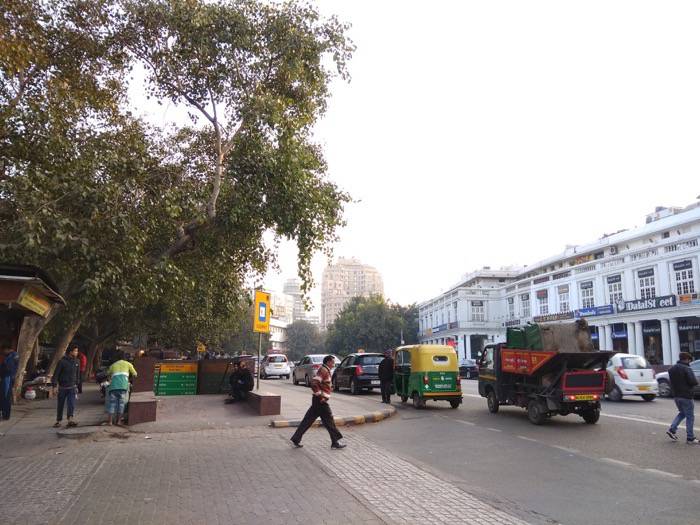 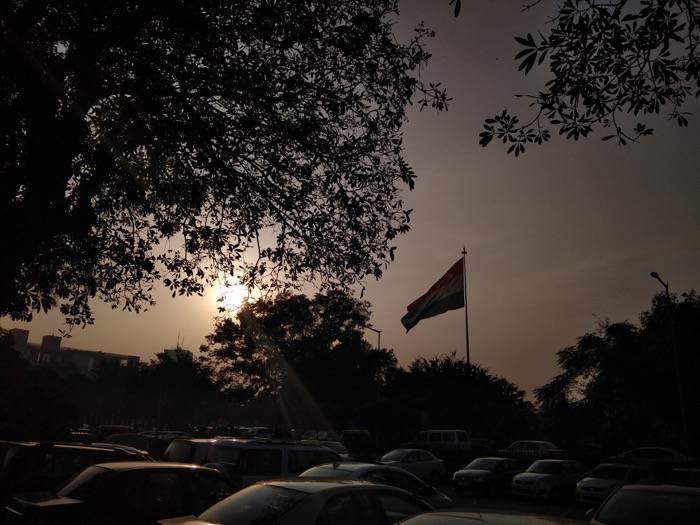 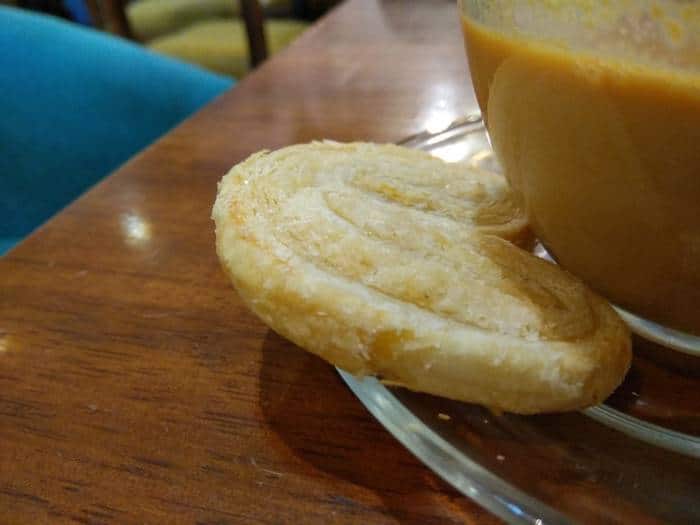 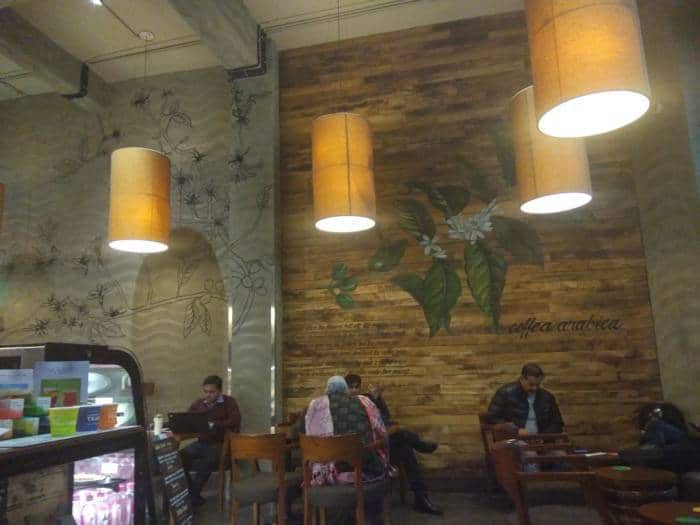 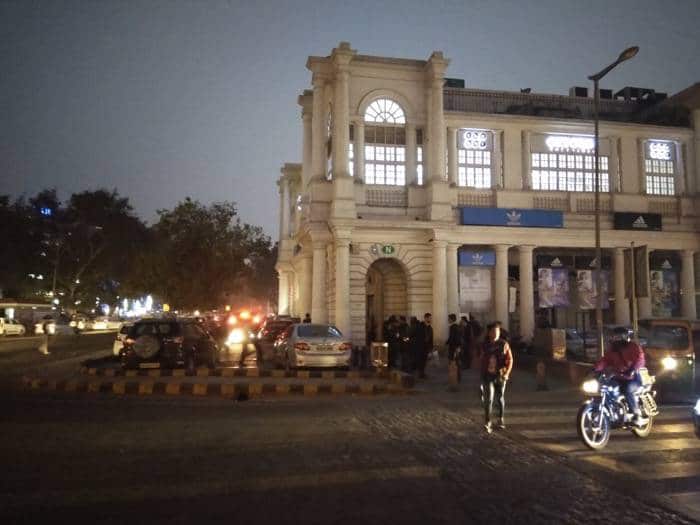 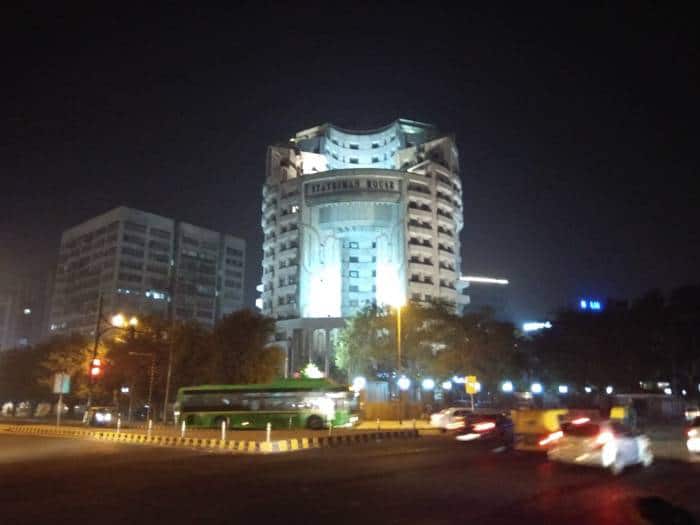 A major reason for the smooth experience, of course, is MIUI itself. We have used our share of UIs and we must confess that in terms of consistency and ease of use, MIUI remains in a zone of its own, managing to blend a relatively unobtrusive and minimalistic design with a stack of features without making one feel overwhelmed. Call quality on the phone is decent and sound through the headphones (none in the pack, alas) it rather good. 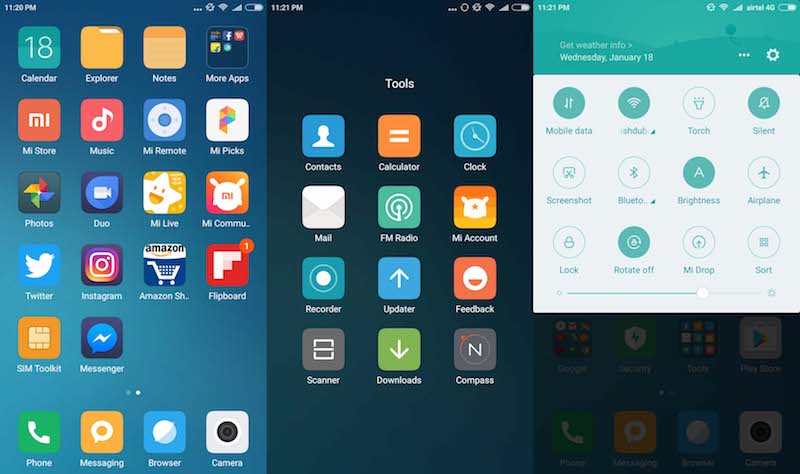 Yes, we left the best for last – the battery. In terms of size, it might be a mere 50 mAh more than the Note 3, but (does the Snapdragon 625 get credit?) it lasts much more than its predecessor did. We had been amazed at the battery life of the Redmi Note 3, which actually saw off two days of light use and a day and a half of heavy use. Well, add half a day to that comfortably! Yes, actually think that with careful usage, you will actually get through close to two and a half to three days on a single charge on the Note 4 and two days comfortably even with heavy usage. The likes of the Lenovo P2 might have bigger batteries but take it from us, the Note 4 is no mug in that department.

At its prices of Rs 9,999 (2 GB/ 32 GB), Rs 10,999 (3 GB/ 32 GB) and Rs 12,999 (4 GB/ 64 GB), the Redmi Note 4 is as tempting a deal for anyone looking for a rock solid smartphone as its predecessor was. Some might consider this to be a slight rather than a spectacular upgrade, although the design is more handsome and there are improvements in the camera and sound departments (which needed them) and the battery (which actually was already pretty good), but considering how well the Note 3 performed and did, even that is quite an achievement. 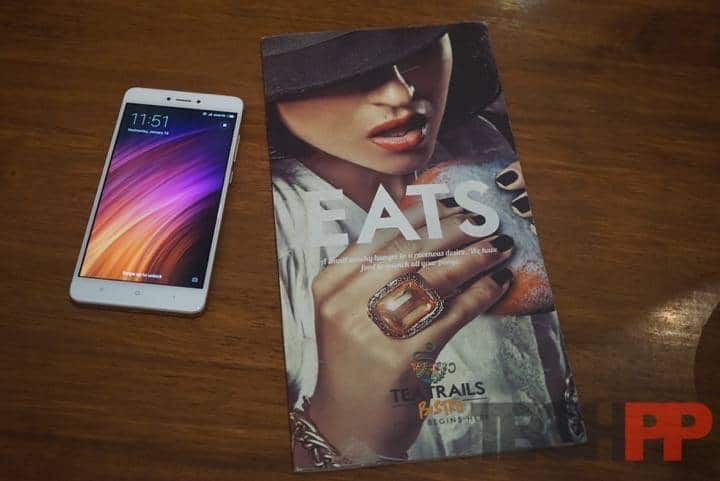 Yup, a new Note has risen.

It looks like the Mi Max but is smaller.
It performs better than the Redmi Note 3.
It is likely to provide headaches to its competition that are as formidable as its battery life.

It looks like a mini version of Xiaomi’s Max phone but, to quote Neil Diamond, it ain’t heavy, it’s its brother.

Was this article helpful?
YesNo
TechPP is supported by our audience. We may earn affiliate commissions from buying links on this site.
Read Next
OnePlus Buds Pro 2 Review: Great buds for pro bros with OnePlus devices
#Featured #Redmi Note 4 #review #xiaomi