Many people credit the Moto G and the Moto E for the establishment of the “affordable yet well performing” smartphone market. Before those two worthies came along to India (in 2014), getting a relatively low priced smartphone had meant giving up on performance to a certain extent. However, the Moto G and E showed that you could get smooth performance even from devices that did not cost a bomb. Their sequels have done nothing to dispel this notion. And now Motorola has come with a device that costs even lesser than its most affordable smartphone (the Moto E). The Moto E (3rd generation) had been priced at Rs 6999, and undercutting it is the new Moto C, which costs Rs 5,999, making it easily the most affordable Moto smartphone in the market (not counting those older ones that have fallen on heavily discounted days) and comes to India after being released in Latin America, Europe and the Asia-Pacific region. 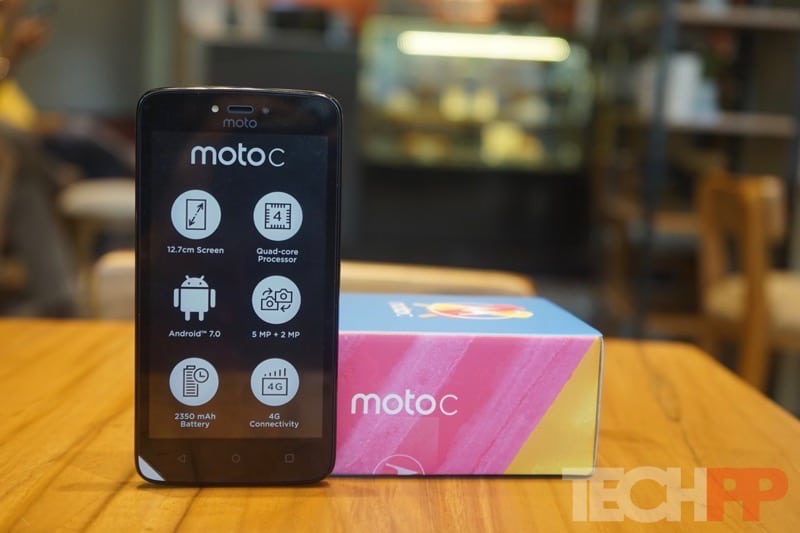 And to be brutally honest, it looks the part, especially so from the front. We gave got the black edition of the Moto C and in design terms, it lacked the elan that when economy had not been able to affect on the Moto E and G. The front has a 5.0-inch display with three touch navigation buttons below it, and while it would be insane to expect zero bezels at this price point, the ones around the display are unseemly. The fact that the display itself is a smudge and fingerprint magnet does not help its cause. The sides of the phone curved out to meet the back, which is perhaps aesthetically the best part of the device. 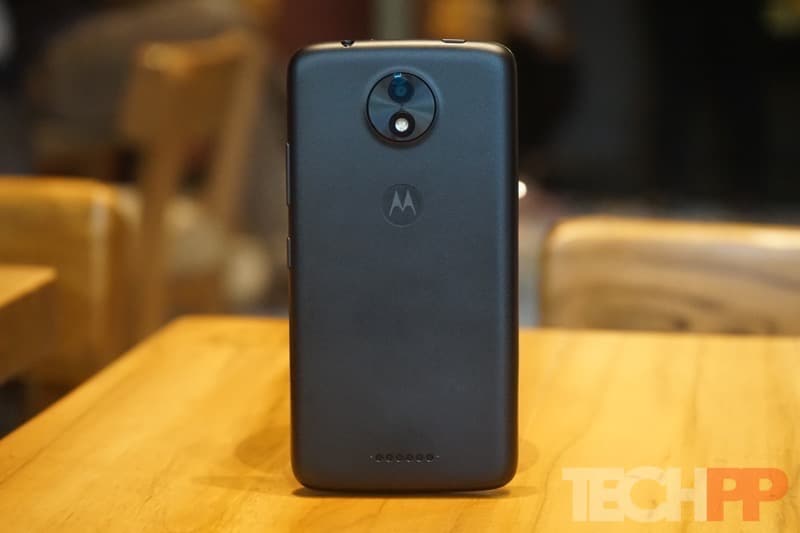 The camera unit has been placed in a slightly elevated sphere with shiny concentric circles (think of those that were on the chins of early ZenFones!) that juts out, reminiscent of the “Saturn ring” in some YU devices. Below this is the Motorola logo and the speaker grille. The back has a matte finish that will keep smudges at bay and has a gentle texture that makes it grippable. The design has been kept minimalistic – there are no buttons on the left and the base, while on the right are the volume rocker and a slightly textured power/display button and right on top of the phone is a micro USB port and a 3.5 mm audio jack. Incidentally, the back does come off, revealing a battery, two SIM card slots, and an expandable memory slot. Yes, it has a solid feel to it, but all in all, this has got to be one of the most ordinary phones we have seen from the brand since 2014, especially from the front.

And this lack of spectacularity (is that a word? Well, we just used it) extends to its innards too. In fact, the Moto C almost reminds us of the first wave of Android One device in terms of specs. The 5.0-inch display has a resolution of 854 x 480 and is powered by a quad-core 1.1 GHz MediaTek 6737M processor with 1 GB RAM and 16 GB storage (expandable to 128 GB). Even the cameras are underwhelming – the one in front is a 2-megapixel one while the one at the back is 5 megapixels. Ensuring all this keeps running for a while is a 2350 mAh battery. There is a pair of headphones in the box too, although they seem of the Spartan, utilitarian variety. The highlight of the spec sheet are the connectivity options, which include 4G, Wi-Fi, Bluetooth and GPS, and the software, which is stock Android (Android N) in best Moto tradition. But do not expect to get the Moto gestures for launching the camera or the torch here – this is as plain as plain Android can be. So you can see where them Android One feels are coming from. 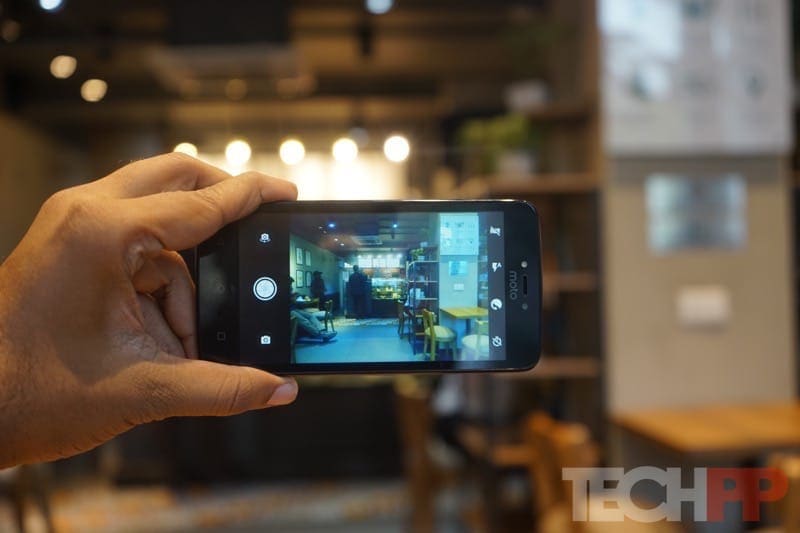 For us, the biggest attractions of the device simply are the 4G connectivity and stock Android – oh, AND that price tag of Rs 5,999. And given Motorola’s reputation, we have a feeling that the device might run relatively smoothly. Top that off with the formidable goodwill Moto enjoys in the Indian market, and the Moto C seems like a decent proposition. However, muddying the waters of its potential success is the very formidable Redmi 4A, which comes with a 720p display, Snapdragon 425 processor, 2 GB RAM, a 13 and 5-megapixel camera combination, and a much more eye-catching design at the same price. Add Rs 1,000 to the mix and the even better specced and better looking Redmi 4 comes into contention. Yes, the Moto C is going to a pure offline play and is already more available than its Xiaomi rivals but can availability and brand equity gloss over its rather modest specs and design? 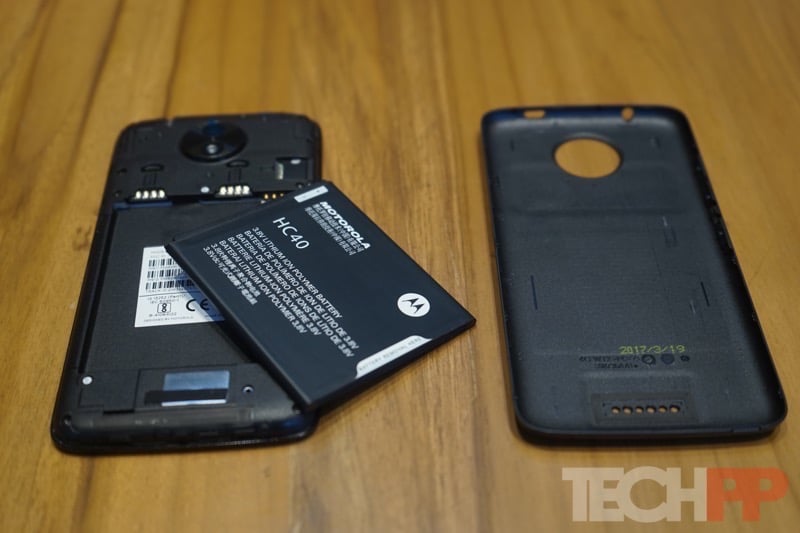 Yes, we will be doing a review to see just how significant is the edge (if any) that stock Android gives to the Moto C. And yes, there will be comparisons with the Redmi 4A too – comparisons that go beyond spec matchups (we are TechPP, we don’t do solely spec comparisons). But in the meantime, we will content ourselves by saying that this is the most mortal Moto we have seen for a while.

Was this article helpful?
YesNo
TechPP is supported by our audience. We may earn affiliate commissions from buying links on this site.
Read Next
Lenovo Legion 5i Pro Review: Legion Or Legend?
#First Cut #First Impressions #lenovo #Moto C