OnePlus has finally launched the much awaited OnePlus 5, thanks to the series of leaks and renders not much was left to the imagination. The OnePlus has meted out a design overhaul to the new flagship and love it or hate it, the OnePlus 5 is back with class leading specs. It’s worth mentioning that the OnePlus 5 is the thinnest flagship the company has ever produced at 7.25mm. 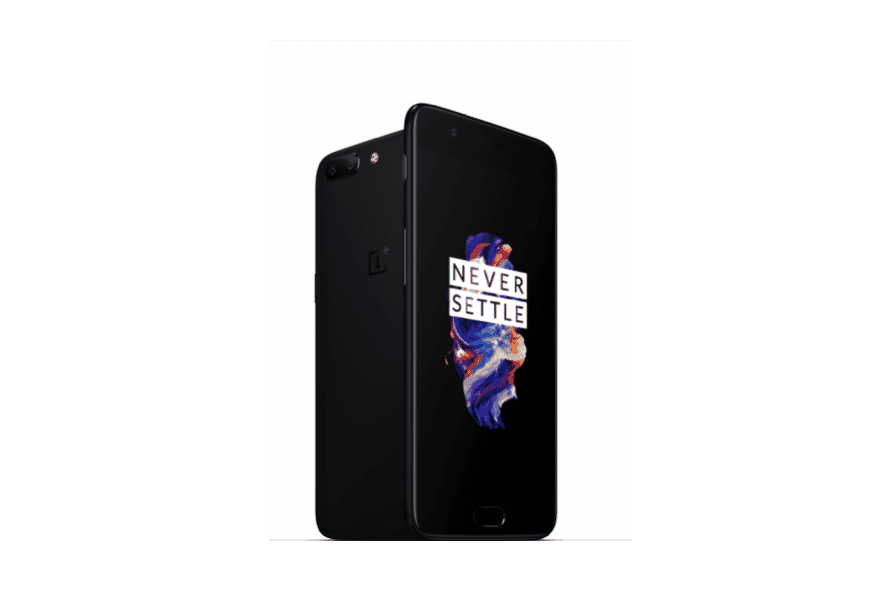 The OnePlus 5 boasts of a 5.5-inch FHD display with a pixel density of 401ppi and an aspect ratio of 16:9. Furthermore, the display is shielded with a 2.5D curved Corning Gorilla Glass 5. Powering the OnePlus 5 is the Octa-Core Snapdragon 835 with a RAM option between 6GB and 8GB. OnePlus 5 is also one of the few smartphones to be powered with an 8GB RAM and this is something that will propel it further in the spec race. On the storage front, the OnePlus 5 offers a choice between 64GB/128GB UFS 2.1 internal storage. The fingerprint sensor sits snug on the front and will unlock the phone in 0.2 seconds.

The OnePlus 5 also features an Alert Slider which will allow users to switch between profiles easily. Design wise the OnePlus 5 employs rounded corners along with chamfered edges. The device is available in Midnight Black and Slate Grey colors. Moving on, OnePlus 5 now features a dual lens main camera. The dual camera system is made up of a 16-Megapixel sensor with large f/1.7 and a 20-Megapixel telephoto sensor. According to OnePlus the camera setup captures 34% more light as opposed to the OnePlus 3T camera. Furthermore one will be able to capture images in RAW format and also use the combination of optical zoom laced with the multi-frame software algorithm. 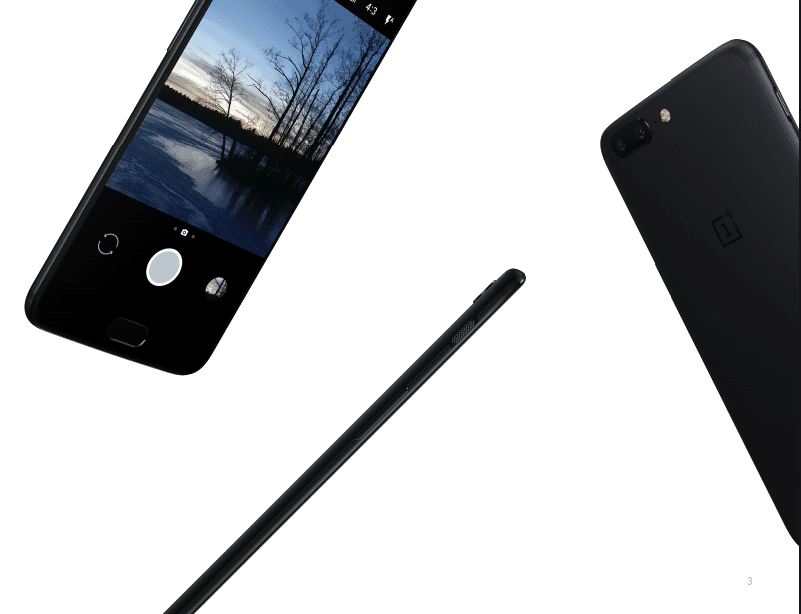 The 16-Megapixel front camera is assisted by the screen flash and Auto HDR Mode for well-lit pictures. However, a LED soft flash would have been great. The OnePlus 5 is capable of capturing videos in 4K and the EIS will cancel out the jittery movements in the video. Also worth mentioning is the Pro Mode on the OnePlus 5, this mode allows the users to toggle advanced settings including ISO, shutter speed, focus, exposure and support for RAW image files.

Dash Charging has been one of the most lauded features when it comes to OnePlus and the latest flagship is no different. The OnePlus 5 is backed by a 3,300mAh battery that will apparently last for up to 20% longer thanks to the optimisations. On the software front, the OnePlus 5 runs OxygenOS based on the Android 7.1.1 and offers features like reading mode, expanded screenshots, translucent app drawer, Auto Night Mode and off-screen gestures. The OnePlus 5 comes with the usual bevvy of connectivity options including 4G VoLTE, Dual SIM, Wi-Fi, Bluetooth 5.0, NFC and GPS Glonass.

The OnePlus 5 is priced at $479 in the U.S and€499 in Europe. The OnePlus 5 will be available starting from June 27 and is sheduled launch in India on June 22, so stay tuned for the same.

Was this article helpful?
YesNo
TechPP is supported by our audience. We may earn affiliate commissions from buying links on this site.
Read Next
OnePlus Nord Watch vs Amazfit GTS 2 Mini New Version: Which One Should You Buy?
#oneplus #OnePlus 5