8 Stand out Features of the Honor 8 Pro

Huawei’s sub-brand, Honor, has nearly managed to hit a home run with its Honor 8 Pro. The phone comes equipped with class leading hardware and is currently priced at Rs 29,999. This is for the first time that a OnePlus flagship has been challenged in its own game of high-end hardware at an affordable price. In this segment, we will walk you through some of the most interesting features of Honor 8 Pro. 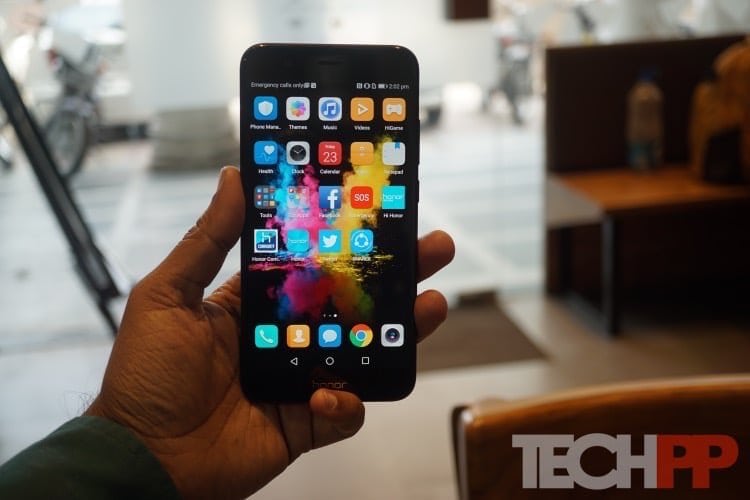 1. The QHD Display in cahoots with VR

Honor 8 Pro offers a 5.7-inch QHD Display with Gorilla Glass 3. The display is crisp, and the viewing angles are equally commendable. However, one region where this shines is the VR application. Instead of bundling a separate VR headset Honor has designed the packaging box in such a way that it doubles up as a VR headset. Just pop in the lens as shown below, with the convex part of the lens inwards and install the Jaunt VR app.

The headset scores on functionality, and this is something that will help you familiarize with the world of VR content. Of course, the novel idea of converting the packaging box into a VR is delightful and eco-friendly. 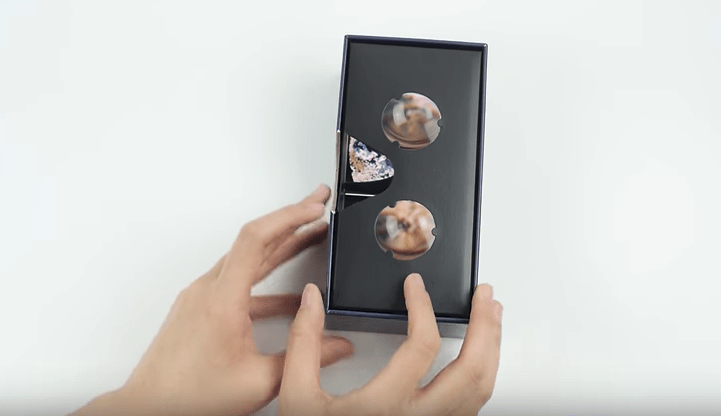 Storage is something that you will find in plenty when it comes to the Honor 8 Pro. Unlike some of its competitor’s Honor has decided to stick to a 128GB internal storage variant. It’s very thoughtful that Honor has decided to plonk in a microSD slot (Hybrid) despite the 128GB internal storage. Well, one might squarely argue that a phone with 128GB doesn’t need a microSD card slot, I personally beg to differ. MicroSD card slot is something that is very helpful, especially when you want to access a memory card from another device like a GoPro. The microSD card slot on the Honor 8 Pro accommodates up to 256GB. It’s 2017 and should be a shocking inclusion for anyone time-traveling to this year from 2012 when every flagship device was expected to include a dedicated microSD slot. 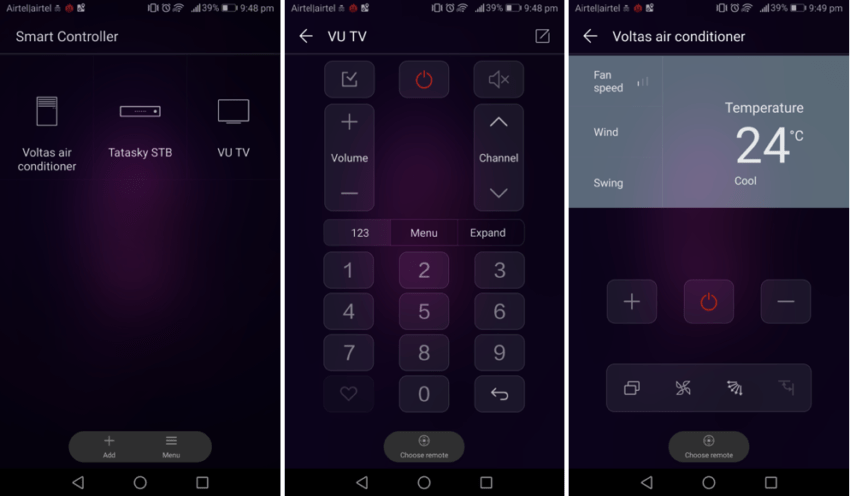 The IR Blaster on the Honor 8 Pro has to be one of my most favorite features. Scavenging your living room to find the TV remote? Well no more! The IR Blaster works in tandem with the Smart Controller app. With this app, you can pair the Honor 8 Pro with nearly all the appliances in your home. Furthermore, the app also lets you choose the remote control layout, pretty neat. I have currently paired up my AC, TV and set top box and the app works like a charm. I wish Honor keeps this on every new device hereon.

4. Jumbo Battery and a Slew of battery optimisation options 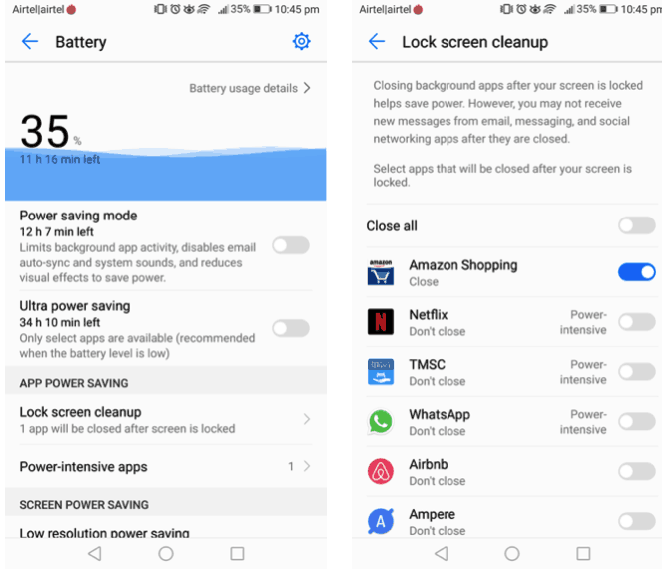 The 4000mAh battery might not be the largest we have seen, but it’s definitely one of the most long lasting. I could easily squeeze in a day and a half even with my hotspot turned on (for Jio, obviously) most of the times. 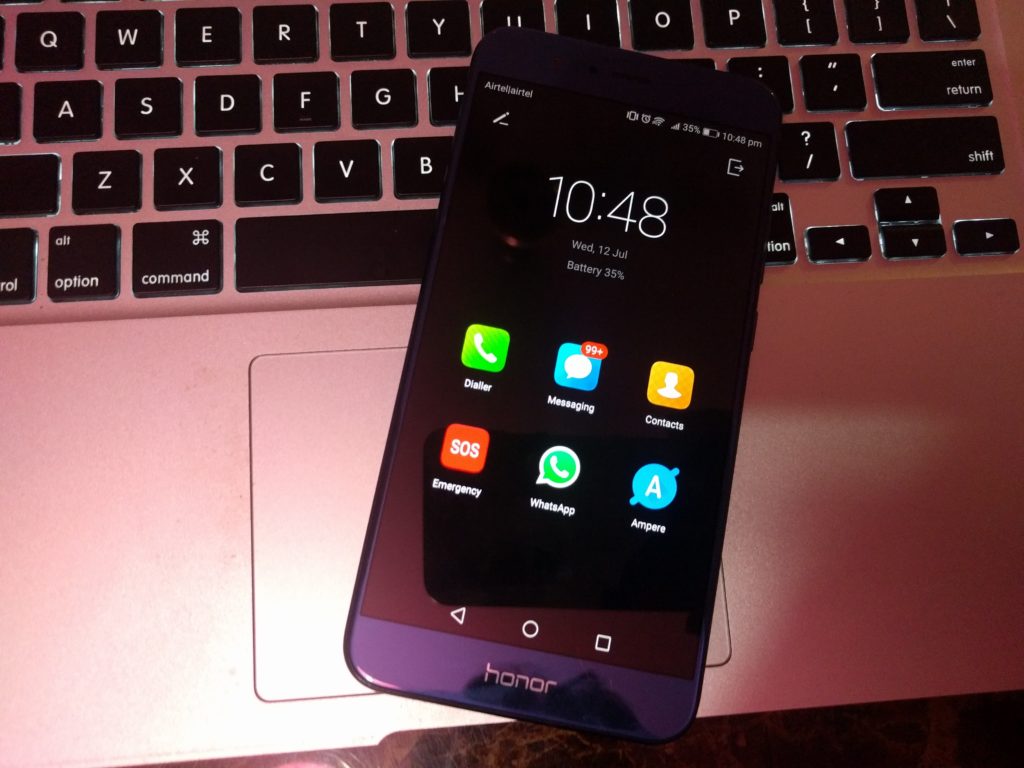 The Comfort Eye mode filters out the blue light to relieve visual fatigue. Once enabled, the display will have a yellow tint, and the color temperature will automatically be adjusted. HEV (High Energy Visible) blue light not only causes eye damage but also induces stress and sleeplessness. You can enable the Comfort Eye Mode by pulling down the top menu from the home screen and tapping on the Eye Comfort icon. One can also schedule the Comfort Eye mode so that it switched to the mode automatically after the nightfall.

Want to hide files and other stuff from prying eyes? The File Safe feature on the Honor 8 Pro helps you do just that. The File Safe lets you create an ultra secure safe, encrypted compartment and allows you to store the files. This compartment can either be accessed via Fingerprint sensor or a custom log-on password. File Safe Setup can be done by heading over to Security & Privacy> File Safe. 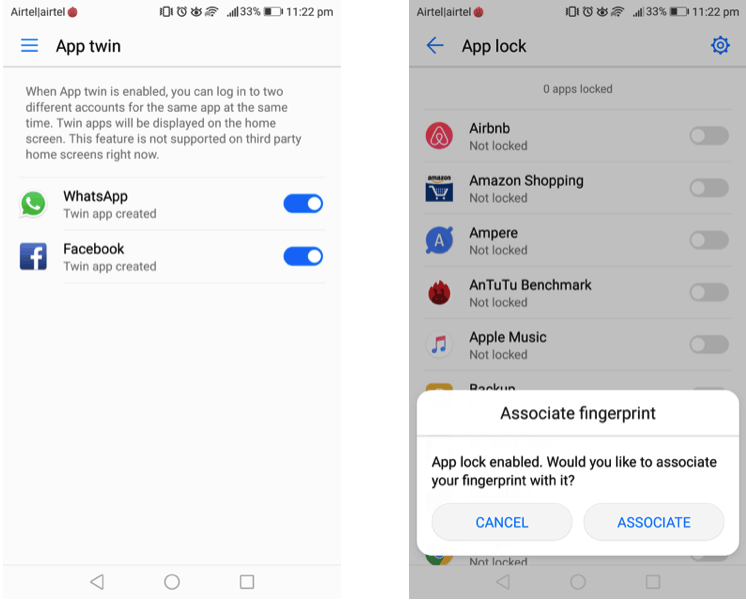 The App Twin is a great feature that clones apps and helps you segregate your personal and professional life. Honor 8 Pro users can simultaneously use WhatsApp on both their numbers. The same extends for Facebook as well. The Twin apps will be displayed on the home screen. App Lock will let users lock individual apps with your fingerprint or a password.

After using the Honor 8 Pro for a couple of weeks, we made the following observations. The camera unit on the Honor 8 Pro is very consistent, and the auto mode will not disappoint you. Honor has also lent an ear to the shutterbugs and has included a Pro Camera and Video mode. The phone refuses to lag despite burdening it with several graphic intensive applications. The build quality is up to the mark, and so is the ergonomics. However, thanks to the large footprint, the phone fails to offer much of a grip and can slip easily. Thus a case is highly recommended.

Honor 8 Pro is exclusively available for purchase on Amazon.in

[shopsmart product=46425]
Simplified: An All-in-One Tool for All Your Marketing Needs
Read Next