Google’s Play Store can be an exceedingly daunting market to break in as a new developer unless your title skillfully leverages the trend. As a user too, the process of finding quality content has been always a mess. With a ton of malware and poorly made apps, Android’s store has been always criticized for not shedding enough spotlight to the ones that deserve it. But not anymore as Google has today announced a critical update to the Play Store that will add a section called “Editorial Pages”. 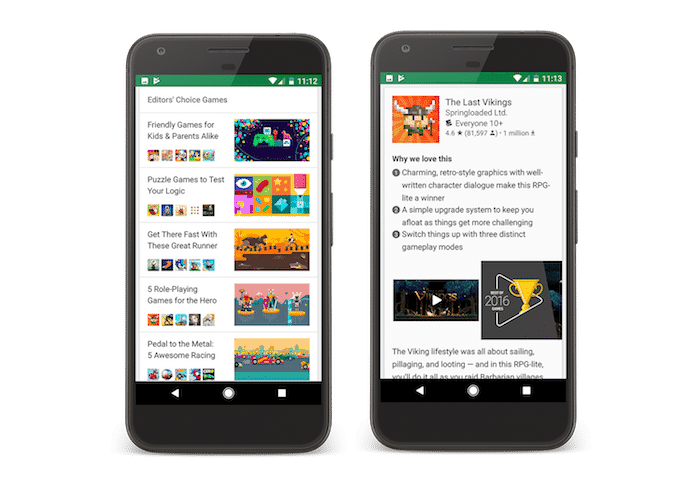 “Editorial Pages” as you might have guessed already, will feature handpicked applications and games by the Google Play editors. The listings will be, of course, categorized into various topics such as fitness, puzzles, video calling, friendly games and more. In addition to that, apps listed here will have a personalized description by the editors depicting what they liked and why should download them.

Apple too recently unveiled a complete redesign of its app store which also consisted of a curated home screen of apps, blog posts, descriptions, and more. However, despite that, it’s nice to see Google finally stepping up and fixing what is exactly wrong with the Play Store. The search engine giant also launched something called Play Protect at this year’s I/O that will verify and scan apps for any malicious content.

Google Play’s new editorial pages will begin rolling out in the US, Australia, Canada, the UK, South Korea and Japan starting from today itself. Other countries will follow in the coming weeks.

Was this article helpful?
YesNo
TechPP is supported by our audience. We may earn affiliate commissions from buying links on this site.
Read Next
Best Android Apps and Games: Google Play’s Best of 2021
#Editorial Pages #Google Play #Update