While 5.5-inch display phones have become a norm these days with hands of various sizes giving in to the increased multimedia consumption, it seems some smartphone makers wanna take it up a notch on the screen size – “bigger the better” be the cliché that is sweet music to many out there. We’ve seen how Xiaomi’s Mi Max series has been fairly successful if that has to be considered as a sign of a market for the slightly bigger screen still growing up but existing nonetheless. Gionee had launched their A1, a selfie centric phone and now beefing it up with another camera at the back, yanking up on the screen size and battery have launched the A1 Plus in India, after around three months of its launch at MWC 2017. Now does that bigger mean better here? Why don’t we walk you through in greater details? Read on. 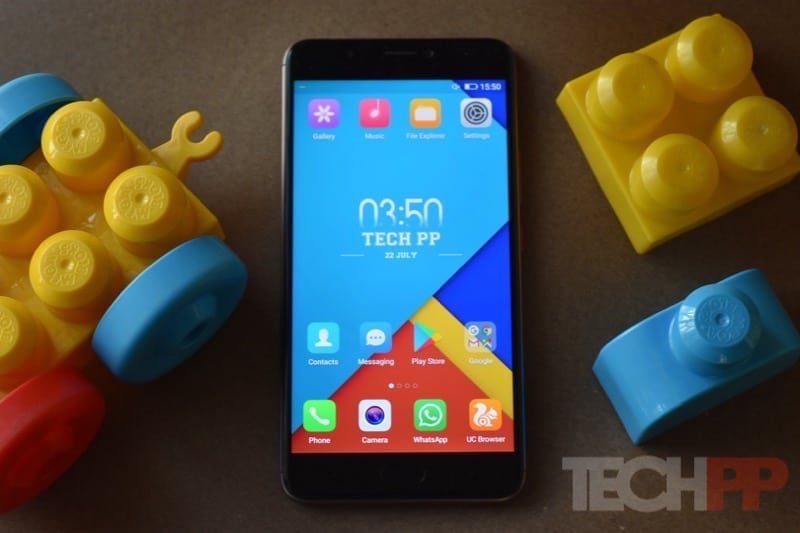 The A1 Plus is all about being muscular and doesn’t even remotely make an attempt to be skinny or slim. Weighing a good 226 grams and 9.1 mm thick, the phone has a very premium look and feel to it, thanks to its metal unibody design. The big fella is hefty, but the rounded edges and frame plus the slightly curved back is an attempt to help one handle the phone better – the back of the phone is a tad slippery, and the heftiness would want to shake hands with gravity all the time. That is why it is recommended you use a case, and thankfully Gionee being themselves have thrown in a transparent TPU case that helps the phone from slipping away. 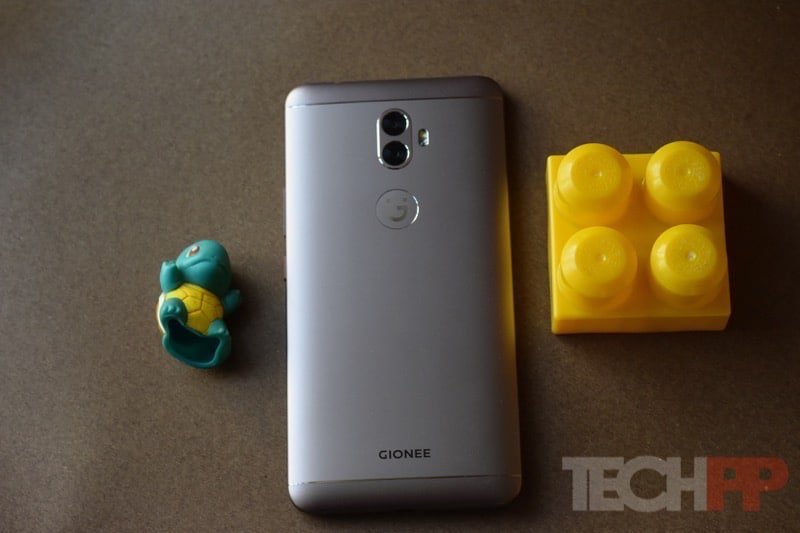 There is a power button on the right that has its sides colored in orange (Gionee’s trademark color), and the volume rockers sit above it. Both buttons are easy to reach, and we appreciate the placement and the tactile feedback of the well fit metallic buttons. On the top is a 3.5 mm audio jack, while on the other side there is a hybrid Dual-SIM slot. At the bottom is the pair of the microphone and speaker grille, and a micro USB port sits in between them. There is a clickable home button on the front that doubles up as a finger print scanner and at the back is a set of dual camera and dual tone LED flash, and a Gionee’s smiling brand logo sits beneath.

We got the Mocha Gold color variant with us for the review, and it looks gorgeous, especially on the back with those shiny antenna lines on the top and bottom. It’s a job well done on the design, aesthetics and build quality for the A1 Plus – worth all the weight it brings in! We believe the phone to be durable with the quality of material being used here but by no means will this be imaginable for a single handed usage.

That solid body holds a 6-inch Full HD display packing 1920*1080 pixels, bringing in close to 367 pixels per inch. It may not sound too much, but the screen does well in terms of viewing angles and outdoor visibility. In case the default and slightly punchy output of the screen aren’t something you like and want to tone it down, there are settings to move it to cooler or warmer tones. Touch sensitivity is good and had no issues. We expected the screen to be a smudge magnet, but surprisingly it wasn’t as bad as the others out there. There is no official word on an existence of a protection for display so bring on the tempered glasses as a crack on a big screen isn’t something you’d want to see. 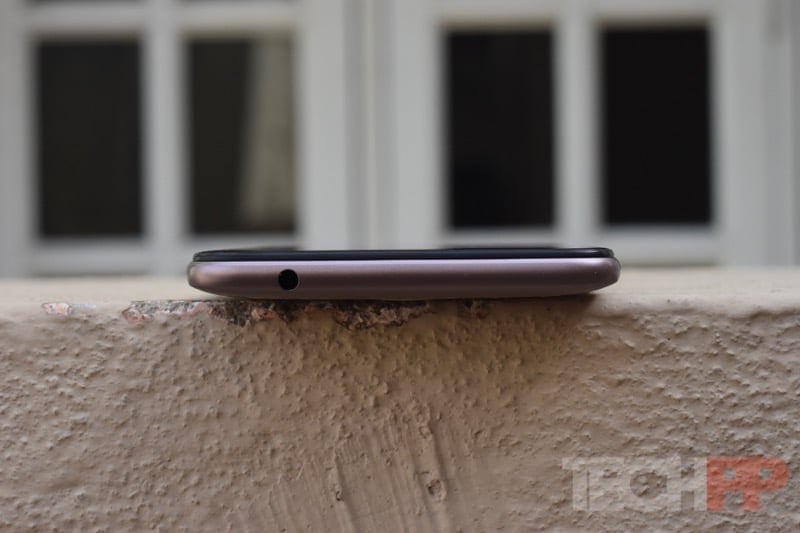 As good as all of that sounded, the excitement flight drops altitude as we get under the hood. The Gionee A1 Plus is powered by a MediaTek Helio P25 processor that is clocked at 2.5 GHz and is accompanied by a Mali T880 GPU. 4GB of RAM and 64 GB of internal memory cater to the memory needs and can be bumped up to 256 GB via the hybrid sim slot. The phone runs on Gionee’s home grown Amigo OS 4.0 built off of Android Nougat.

The Amigo OS brings in tons of customizations, features, and bloatware too with it. There are at-least four games, Gionee’s own G Store for apps, Theme store, third party apps for news and shopping such as Amazon, Mood wallpaper and so on. While the overall stability of the operating system has improved a lot from what we’ve seen before, there are still some strange things such as weird lock screen wallpapers ranging from Bollywood stars to nature and some with weird literal translations from Chinese to English and one has to struggle a bit to tell the meaning. 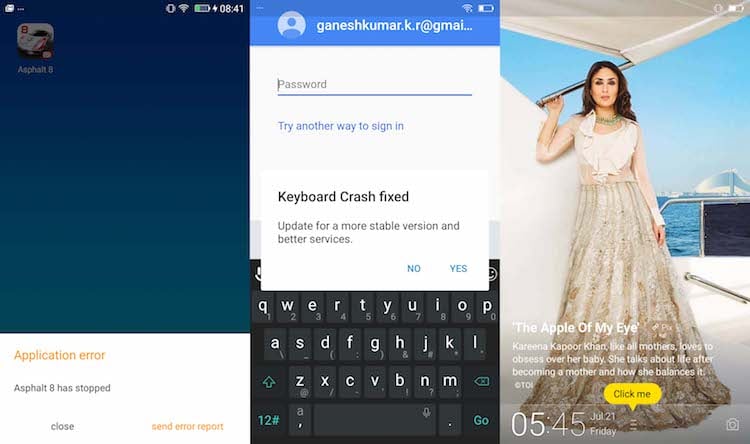 While the day to day tasks work well, the instant you start loading more apps in the background; the issues crop up. The phone becomes sluggish, and the RAM management isn’t as good as one can expect – it is rather very aggressive and always in a hurry to get rid of apps in the background, especially the games. Games with lighter graphics are fine, but Asphalt 8 with its highest graphics settings did have quite a few noticeable frame drops and jerks. On a couple of instances, the game crashed on us. The software has a lot of rough edges that need to be smoothened out – for instance – while shooting a video; there is a message that comes up for being inactive and the screen wanting to shut down – duh! There is some activity ongoing! On the positive side of things, the icon imagery has gotten better and more consistent-looking now, and less of into-the-eye colors as before. The settings menu looks better a clear separation of configurations that can be changed vs. features that can be used – nice touch. 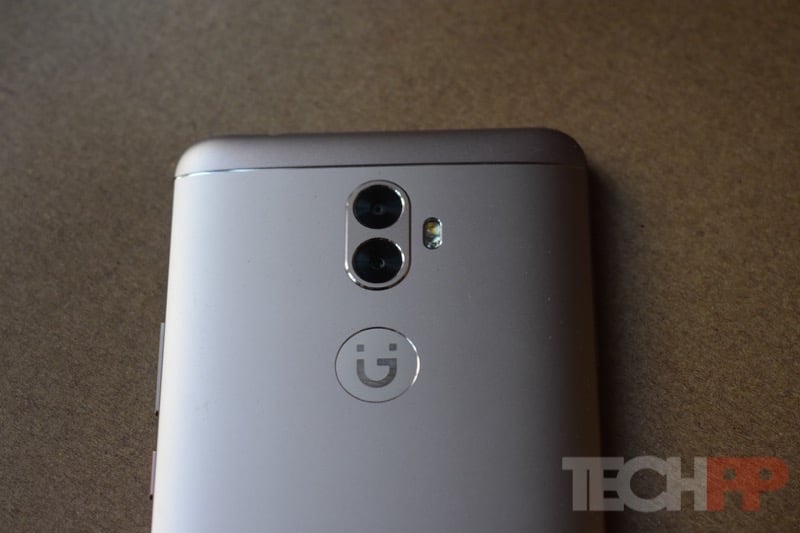 As we move onto the cameras, the excitement flight reaches its peak altitude – the 20-megapixel front facing camera is clearly one of the best we’ve seen (Selfiestan, duh!). Pictures are very sharp, good dynamic range, above average white balance handling in all conditions. There is some noise that creeps in with low light conditions but is very well kept in check, doing much better than other phones out there. There are modes like Smoothening which makes your face look like a wax idol, and if you’re feeling plump, there is a Slimming mode to make you look skinny and so on. All of these are more on the funnier side of things and depends on how one likes them and uses them. 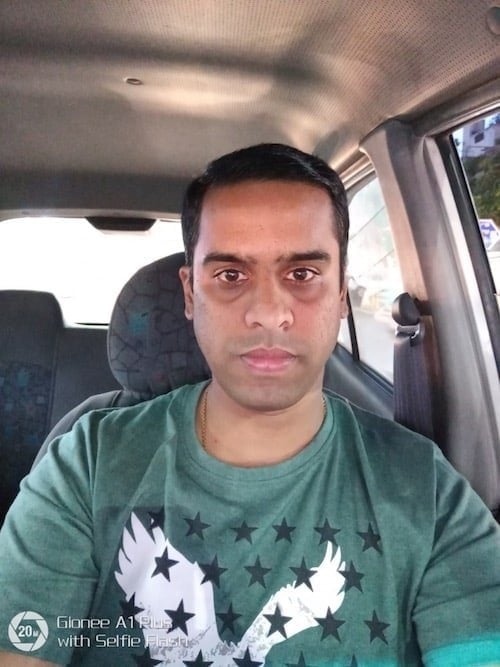 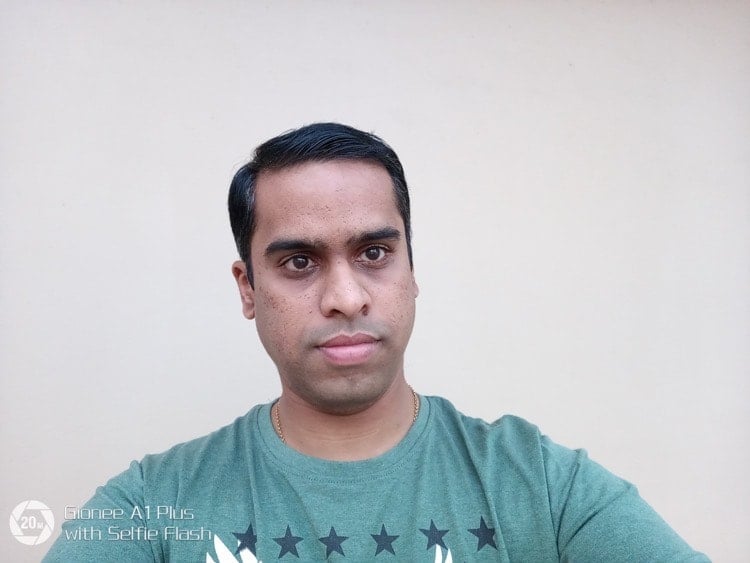 On the primary camera side, there is a pair of 13MP and 5MP duo, with the latter bringing in depth information that the A1 Plus will use for creating pictures with BOOOOOKEH effect! Does it work well? Well, not all the time and not as expected most of the times. One has to dig into lots of combinations of situations and the settings to get the “acceptable” output. Like we mentioned in our article, a smartphone can never replace a DSLR for portraits. Photos otherwise in auto mode have good details, dynamic range and close to life colors – nothing funny being done here. As the lights go down, lots of noise creep in and the struggle shows up. There are tons of options such as Night, Pro Mode, Panorama and so on and they just do their job, nothing really special to write home. 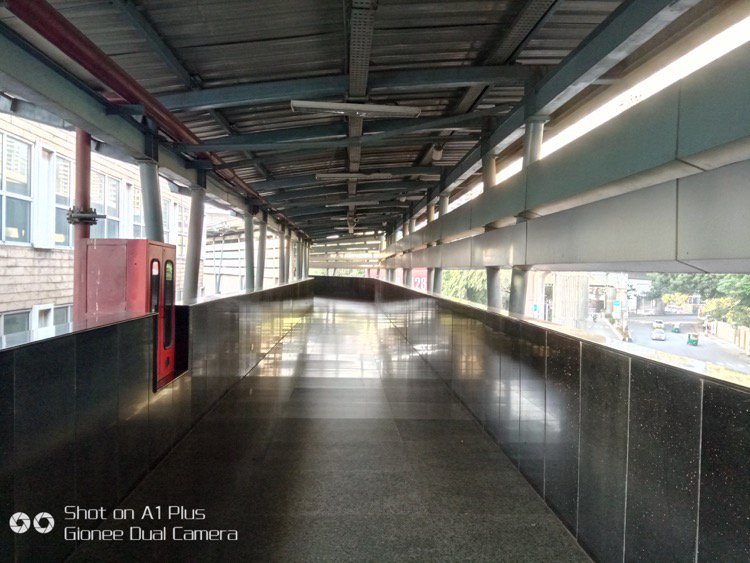 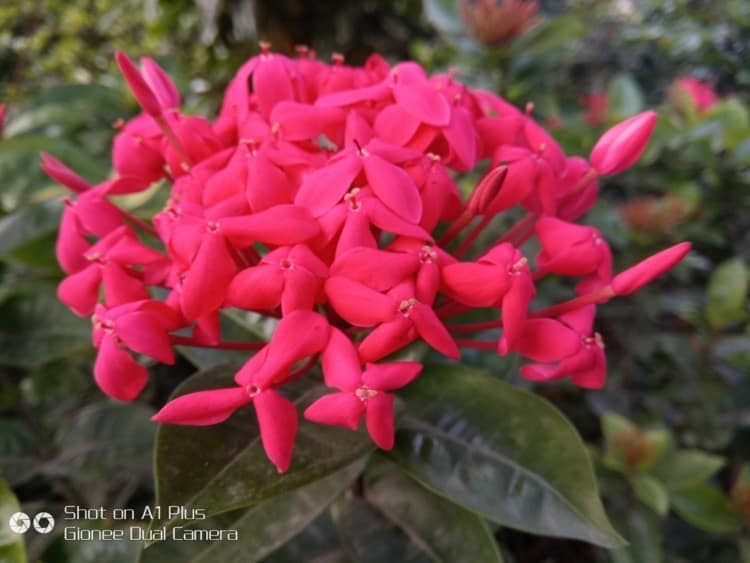 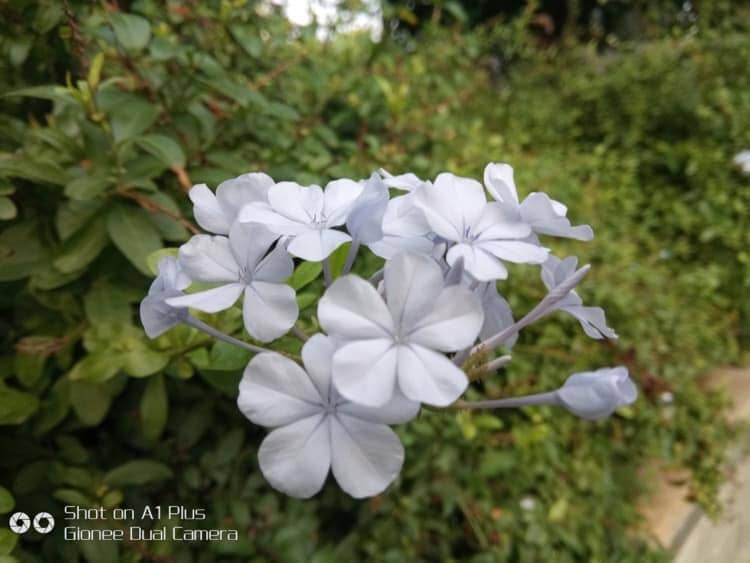 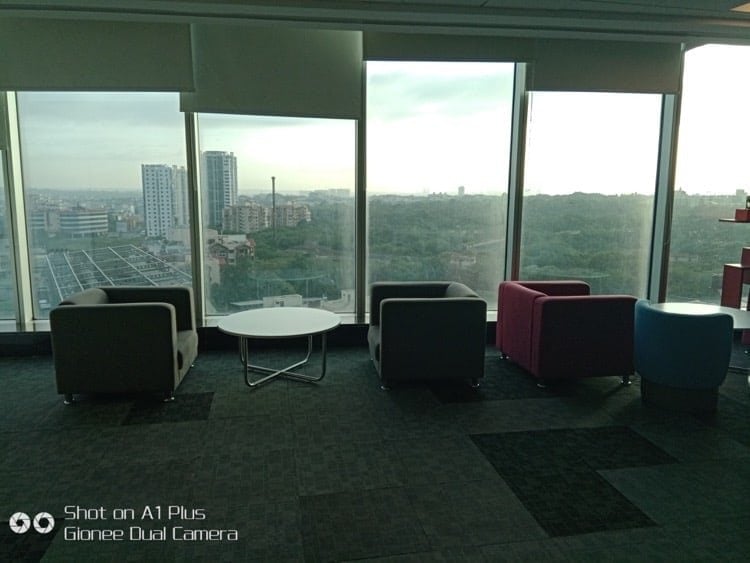 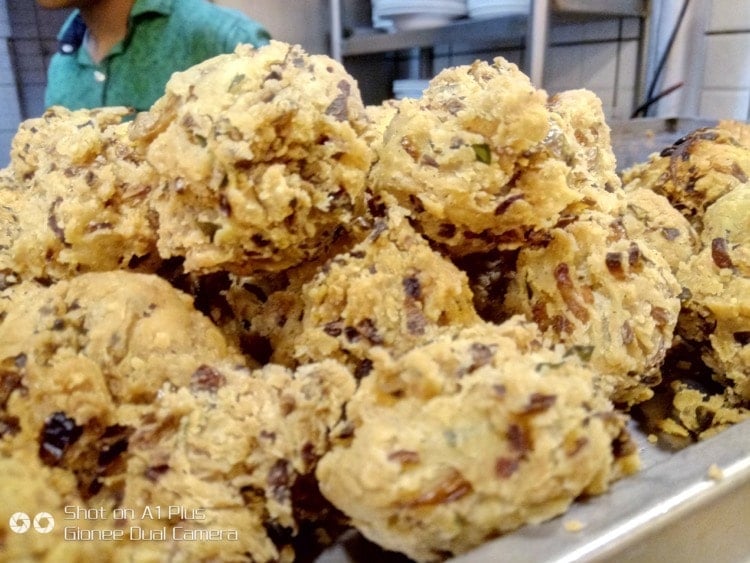 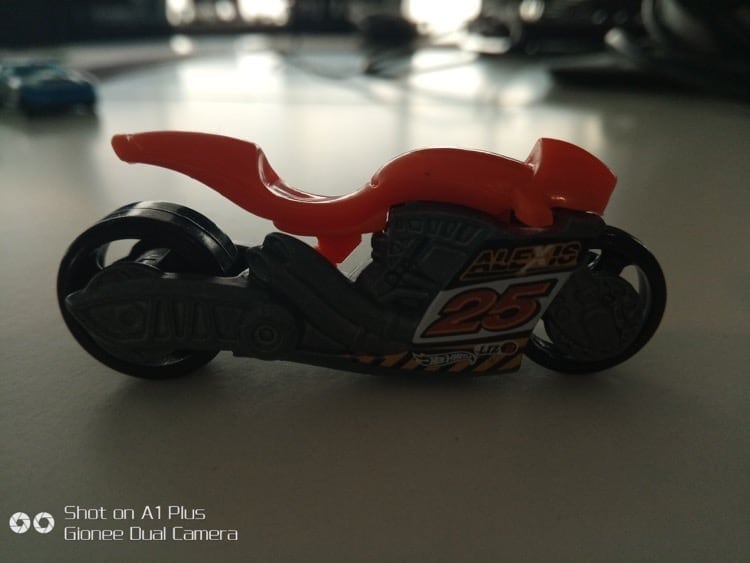 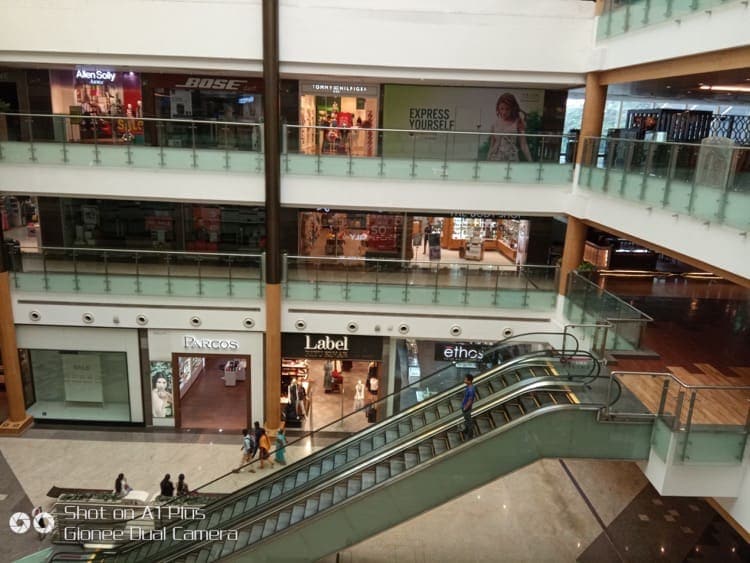 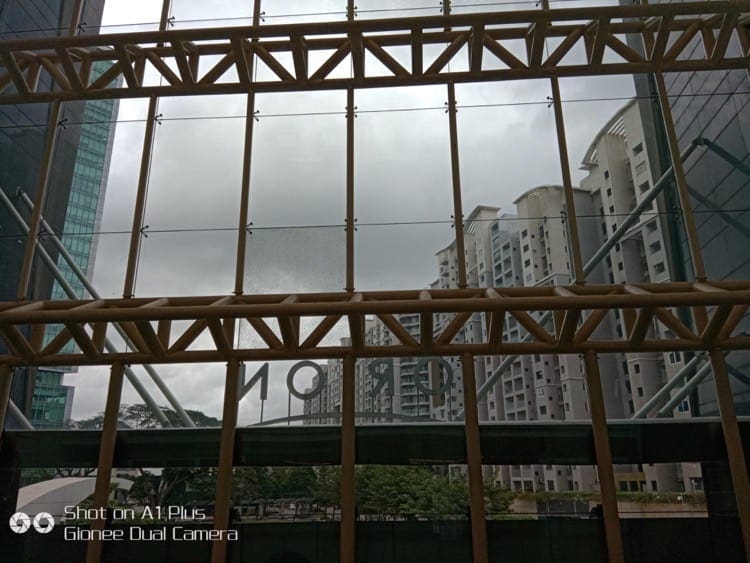 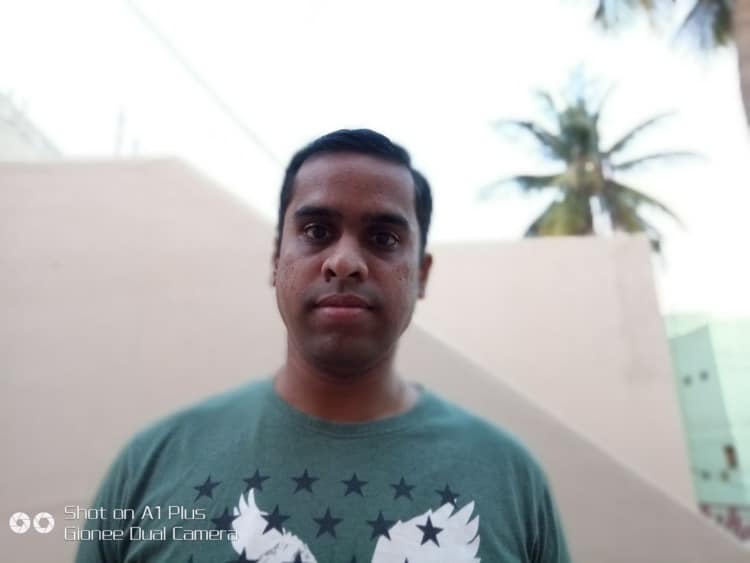 Coming with a massive 4550 mAh the phone will get you through a day even with heavy usage. An average user can expect a good two days of battery life. In our usage, we saw the screen on times hovering between 6 to 7.5 hours based on the usage pattern. Packed with an 18W charger, the phone goes from 0-100% in a little over 2 hours which isn’t bad at all. There are power saving modes in case you want to push the battery further.

Call quality and signal reception were pretty good but the phone got a little warm on calls that went beyond 20-30 minutes and we had to switch to earphones. The phone comes with a good set of sensors including gyroscope for the VR enthusiasts. The loudspeakers do get loud but distort significantly at their loudest volumes. 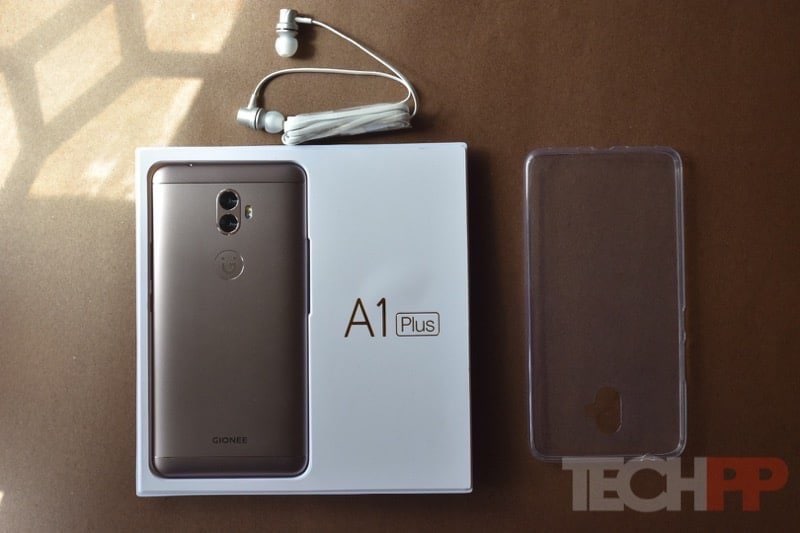 The A1 Plus is a well-built phone and does well for what it is advertised for – selfie camera and elongated battery life. If only Gionee had made a better choice of processor, gaming and multimedia experience would’ve packed a better punch, after all, that is one of the main reasons why one may choose a big screen phone. Even a year old Snapdragon 625 would’ve been a good one if not 626 or 630. The software needs improvements and given Gionee’s poor history of pushing updates, we keep our fingers crossed. Coming in at Rs 26,999, the A1 Plus fights the biggies like the OnePlus 3T (as long as the stocks last) and the Moto Z2 Play. For a little more, you also get the Honor 8 Pro. But its real threat is from a phone bigger in size and lesser in price, the Xiaomi Mi Max 2.

So who is this phone for? Who would be happy? We think it’s for the ones for who keep themselves more busy with selfies than care about gaming or power packed performance but are happy watching movies and listening to songs and hate charging the phone too often and won’t mind the big screen. And if you’re not into selfies much, Xiaomi’s Mi Max 2 priced well at Rs 16,999 with a better choice of processor is something that you must definitely consider. For now, we wind up by saying the Gionee A1 Plus does have some Minus and for the reasons mentioned above, it can be a good choice for the ones who are particular about its selling propositions.

Was this article helpful?
YesNo
TechPP is supported by our audience. We may earn affiliate commissions from buying links on this site.
Read Next
Skullcandy Mod Review: Betting on doing the basics well
#Gionee #Gionee A1 Plus #review