The world of technology is more known for fierce competitiveness than camaraderie. Many is the terrible rivalry that has passed through Tech’s hallowed halls. But it also has its share of endearing friendships, standing as pillars and showing the world that geeks too have blood running through in their veins and hearts that beat for not just the latest in tech but for fellow human beings. And perhaps the most iconic of these friendships was the one between Apple CEO and co-founder Steve Jobs and Apple’s design chief, Jony Ive. They did not meet in the most friendly circumstances (read on to find out how) and they were as similar as hard-nosed and direct American could be to a gentle, soft-spoken Englishman, but once they met, they pretty much stayed together, infuriating and irritating each other at times, but never being anything less than fiercely loyal. If ever there was proof that personal and professional relationships can blend into one seamlessly, it was this.

So on Friendship Day, here are ten facts that you might not know about perhaps tech’s most famous friendship:

1. When Steve met Jony…and planned to sack him!

Jony Ive met Steve Jobs for the first time in 1997. And no, it was not ‘love at first sight’. Jobs had come back to the company which he had co-founded and then been sacked from, and it was widely assumed that he would clear out a lot of the staff to make way for his own preferred people. Many pundits felt that Ive was likely to get the sack in fact as it was widely known that Jobs had been talking to ThinkPad designer Richard Sapper to take over design at Apple (Sapper would turn down the offer, as Apple was in dire straits at that time and he felt secure at IBM. Oh, the irony!). So when Ive went to meet Jobs, he actually was carrying his resignation letter in his pocket.

And things did not get off to the greatest start when Ive met Jobs. He showed the new Apple CEO the designs that he had been working on in the Apple studio, and Jobs’ reaction was: “F**k! You have not been very effective, have you?” Fortunately, he went on to explain that he liked the designs but was amazed Ive had not got others in the company to notice them. 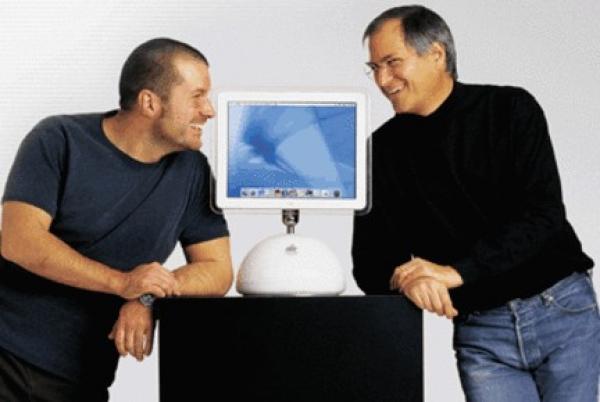 Ive and Jobs hit if off with each other almost immediately, and Ive found it very odd because neither was used to feeling this sort of connection. Jobs would late say that he liked Ive right away (“he’s kind of a cherub,” he would say affectionately) and could tell from their very first meeting that Apple had wasted his talent. They started work on a new product on the very day they met. It was the iMac!

They might have got on well from the very beginning, but Ive and Jobs were very different in their approaches. Ive tried many times to make Jobs be more gentle (he could be very blunt and insulting) when it came to analyzing design ideas and concepts. Jobs, however, felt that Ive should focus on making the best product rather than making other people on the team like him. In a famous exchange, Ive once told Jobs he cared about his team, to which Jobs snapped: “No, Jony, you’re just really vain. You just want people to like you.” Ive concedes that Jobs’ approach, while harsh, led the team to focus more on products, setting aside personal frailties.

5. See the light on that knife?

Jobs and Ive were known for being almost on the same wavelength all the time. And this was not just in terms of tech. When they once went shopping in Italy, they both noticed a knife that was for sale. So what, you would say? Well, it was what they noticed about the knife. Not the price. Not even the design. They BOTH noticed the way a reflection on it changed! Great minds…

6. No one tells Jony his job…except Jobs!

7. Clear my mind…walk and talk with Jony

Jobs used to spend his mornings in meetings. The afternoons, whenever possible, were meant for clearing his mind. And this meant walking around with Jony Ive in the design center for hours. The pair would look and discuss product prototypes even as New Age and Jazz music played. No, getting inside was not easy. We would have paid a fortune to be flies on any of the walls while these two talked. Not surprisingly, the pair also often ate lunch together. 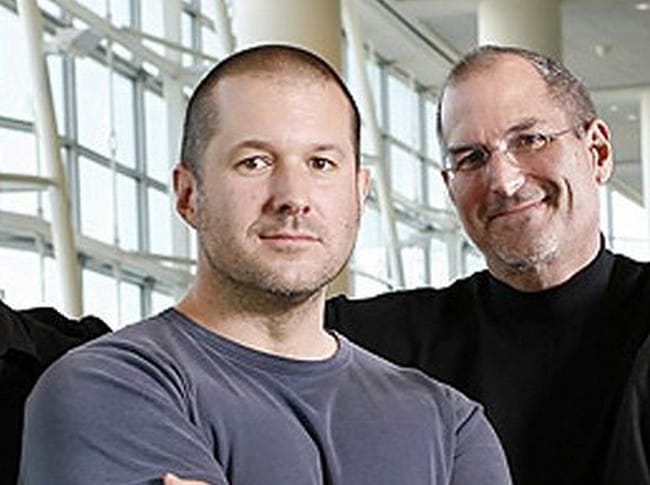 Those who say friendship and work do not blend well should take a look at Jobs and Ive – the duo share credit for over 200 patents! Mind you; there were times when Ive would get very annoyed at Jobs taking credit for his ideas. He also once said that the perception that Jobs was the only “idea man” at Apple made the company vulnerable. Jobs, however, is never known to have said a word against Ive in public.

Ive says that Jobs used to ensure that he had not lost focus by asking him every day “How many times have you said ‘No’ today?“. According to Jobs, the more often you said no, the better it was as it showed you were not ready to compromise. It clearly seems to have worked, because Jobs once said that Ive was “the most focused human being” he had come across. Surprise, surprise, Ive said exactly the same thing about him. The pair sound like a pair of cameras, almost! 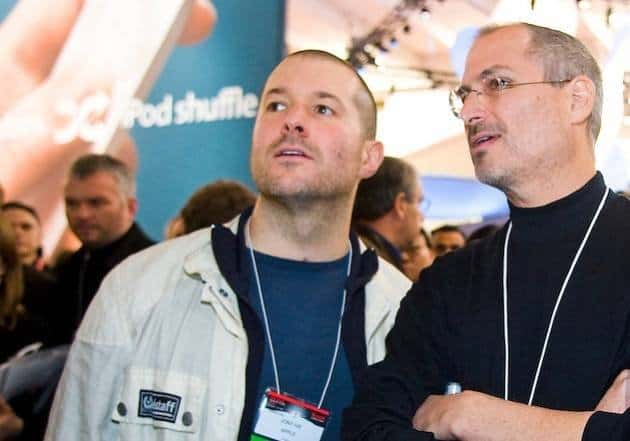 Jobs always laughed at Ive’s slightly British way of speak – Ive still hates to say “math” and prefers saying “mathematics.” As Ive would say in his tribute to Jobs “we worked together for nearly fifteen years – and he still laughed at the way I said ‘aluminium.'”

And one more thing…

Steve Jobs used to call Jony Ive his “spiritual partner.” Ive on his part called Jobs his “best and most loyal friend.”
CEO and Design head?
No, friends first.
And forever.

Was this article helpful?
YesNo
TechPP is supported by our audience. We may earn affiliate commissions from buying links on this site.
Read Next
How to Change Your AirDrop Name on iPhone, iPad and Mac [2023]
#apple #Case in Point #Jony Ive #Steve Jobs