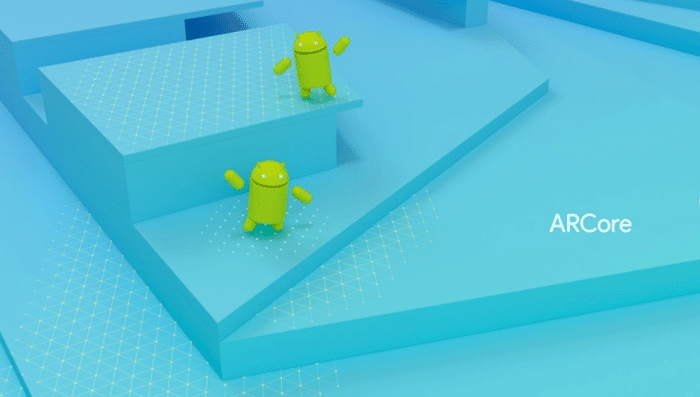 However, Google already has a developer platform for this called “Tango”. But there’s one substantial difference between that and ARCore. The latter can superimpose digital objects in the real world without the need of any sort of special sensors and equipment. This essentially makes it a direct counterpart of Apple ARKit which has been receiving a ton of spotlight as of late.

ARCore will lead to AR apps and games that you’ll be able to run on virtually any existing and forthcoming Android smartphone. It will, as you’d expect, utilize your phone’s camera to evaluate the position, your movement and the location of horizontal surfaces around you to accurately place the objects. Furthermore, ARCore will also allow apps to determine the ambient light in a particular area so that these objects can reflect light in a more realistic way.

However, there is one constraint ARCore suffers from right now. Initially, ARCore will be limited to Google’s own Pixel line of phones and Samsung’s S8 series with Android Nougat and above. The company says more devices will follow soon and is targeting 100 million devices at the end of the preview program.

Google ARCore certainly sounds like a substantial upgrade from Tango which still hasn’t quite caught up despite the fact it was launched three years ago. Of course, that’s primarily because it cannot function unless the OEM specifically adds the required components to their smartphones. The company is also expected to announce its next flagship in October – the second-generation Pixel lineup which obviously should leverage the technology in the best way possible as Google now manages the hardware part as well.

Powering millions of devices, Android will have one of the most prominent impacts in making Augmented Reality truly mainstream. However, like every other software framework, Google ARCore’s success also comes down to how well it is received by developers. Augmented Reality, in general, is progressing every day with apps like Holo and Pokemon Go. With a native integration with ARCore, developers won’t have to rely on third party solutions and build comparatively more capable and stable applications. Nevertheless, we should be able to learn more in the coming weeks as the platform becomes widely available.

“We’ve been developing the fundamental technologies that power mobile AR over the last three years with Tango, and ARCore is built on that work. Developers who have already developed on the Tango platform can use that experience to help them create on the ARCore platform.”, says Android Engineering VP Dave Burke in today’s blog post.

How to View Gmail Login History and Secure Your Gmail Account
Read Next
Source: FastCompany