At its annual hardware event, Google today unveiled a cheaper and smaller variant of its smart speaker — Google Home Mini. The device, just as you’d expect, lets you talk to Google Assistant by shouting ‘Ok, Google’ and it will retail at $49 with pre-orders starting from today. 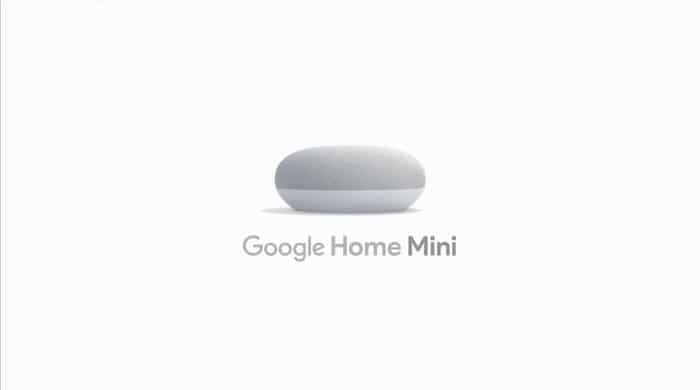 The Google Home Mini replaces the air-freshener look with a flatter pebble-shaped design and features a fabric speaker cover. Although, this time, the exterior is not replaceable. It can project 360-degree sound, but you can also connect it to any Cast-enabled speaker wirelessly. However, there’s no headphone jack like the Amazon Echo Dot.

The new Home Mini also features four LEDs on the top for notifying you about stuff. In addition to that, it recognizes taps for playing/pausing music, snoozing reminders and a lot more. 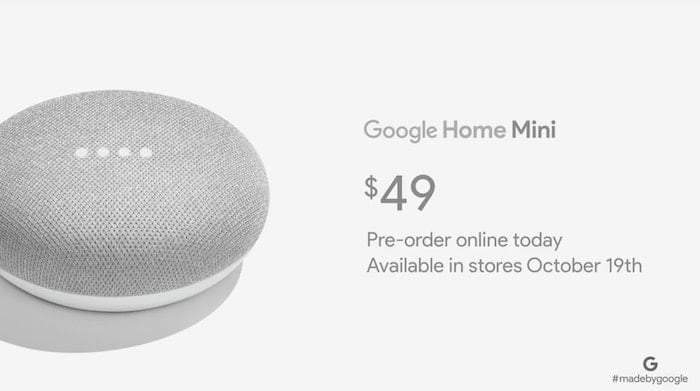 With the Home Mini, Google also debuts Voice Models. They are essentially representations of your voice’s characteristics that help the smart speaker to differentiate between various people. Voice calling is present as well, and you can use your phone number once verified.

Google Home Mini is meant to be your Bluetooth speaker but it’s made for putting a virtual assistant into every room of your house.  It will be available in three color options – Choral, Chalk and Charcoal. The Mini will go on sale in all current seven Google Home countries, with Japan launching this week. It will be released on this month’s 19th.

Was this article helpful?
YesNo
TechPP is supported by our audience. We may earn affiliate commissions from buying links on this site.
Read Next
20+ Best Google Doodle Games You Should Play [in 2023]
#google #Google Home #Google home mini #Launch #Official