Ulefone is one of the (in)famous Chinese smartphone manufacturers when it comes to emulating premium brands on their designs and features but offering them at a much affordable price. Here at the MWC 2018, we paid them a visit to discover their latest phones and had a chance to play around with their upcoming 2018 flagship, the Ulefone T2 Pro. What does it offer? When can we expect it to be launched? This and more is what we bring you as we tell you about our first impressions.

Two things stand out in the T2 Pro – the display and the notch it holds within. It comes with a massive 6.7-inch full HD+ display, which kicks out most of the bezels on the phone – a 19:9 aspect ratio on the screen gets it into a new league. Though the phone is tall, it is really light. There is a lot of glass on the back which makes it very slippery to hold. In fact, the prototype unit we played with already had a crack probably after an earlier fall.

There is a lot of chrome on the sides and the buttons as well. They didn’t seem to be the best out there but perhaps they may work on it considering it’s a pre-production phone. There is also a notch at the top but not as wide as the one on the iPhone X or T2 Pro’s own cousin the Ulefone X. There is also a FaceID feature (yeah, with the same name) similar to the one on the iPhone X but the feature wasn’t available to play around. What isn’t very obvious looking at the phone is the fingerprint scanner that figures beneath the display. We saw this made famous by Vivo to start with, it’s now Ulefone. This too wasn’t working with the prototype we played with. 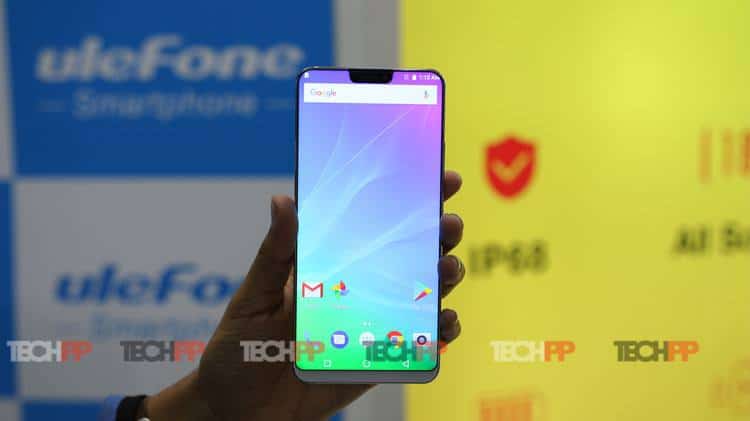 Under the hood, the T2 Pro runs on a MediaTek Helio P70 accompanied by a whopping 8GB of RAM and 128 GB of internal memory. Packed with 5000 mAh of battery, it makes for a jam-packed interior that runs Android Oreo out of the box. The OS looked stock Android but we were told Ulefone may have its own skinning on top of it.

The camera module at the back consisted of a 21MP plus a 13MP duo with a flash while the front camera was a 13MP one. Though there is a claim at doing portraits on both sides, we couldn’t test out anything as the camera was dysfunctional as well. Ha!

Stipulated for a July 2018 launch, the T2 Pro registers itself as one of the first few who will have the fingerprint scanner under the display. If historical events are any indication, we should see some aggressive pricing on this one. We also saw a T2, which is essentially a dumbed down variant with a less powerful processor and lesser RAM but the notch and fingerprint scanner under the display remain. We hope to bump into the T2 Pro later again, with a production-ready hardware and software to see how the FaceID and the FPS work. 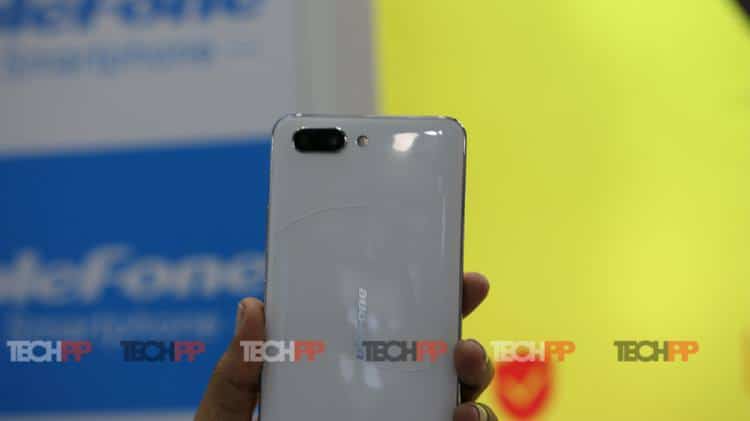 It’s interesting to see how these Chinese smartphone makers are taking it up a notch (pun intended) in adopting changes so fast. How will they work? That is a different question only time will answer.